September 30, 2016
About two and a half years ago, Barb Scranton broke her cell phone, which she used in just about every aspect of her life.  “It was the biggest hassle in the world,” she says. “I took it to someone to get it repaired, and that person broke it two more times.”  She said she wanted to do something so other people didn’t have to have the same experience.  On their third trip back from Pueblo, her husband, Jeff, said, “You know, I could do that. I could fix that cell phone.”  Barb describes Jeff as being “very mechanically inclined and able to fix just about anything”.      So, with that simple statement, the idea for their business was born.

The next year was spent getting things in place.  Barb, who has a Bachelor’s degree in Business and a master’s in Accounting, states they “wanted to do things right”. The first step was for Jeff to become certified.  Within a week, he was enrolled in a comprehensive, six-month training program based in Arizona that would certify him to work on cell phones, ipods, tablets and game systems.  “He can work on anything that has a screen,” she says, “and can do anything but repair the ‘logic board’”, which is comparable to the hard drive on a computer. 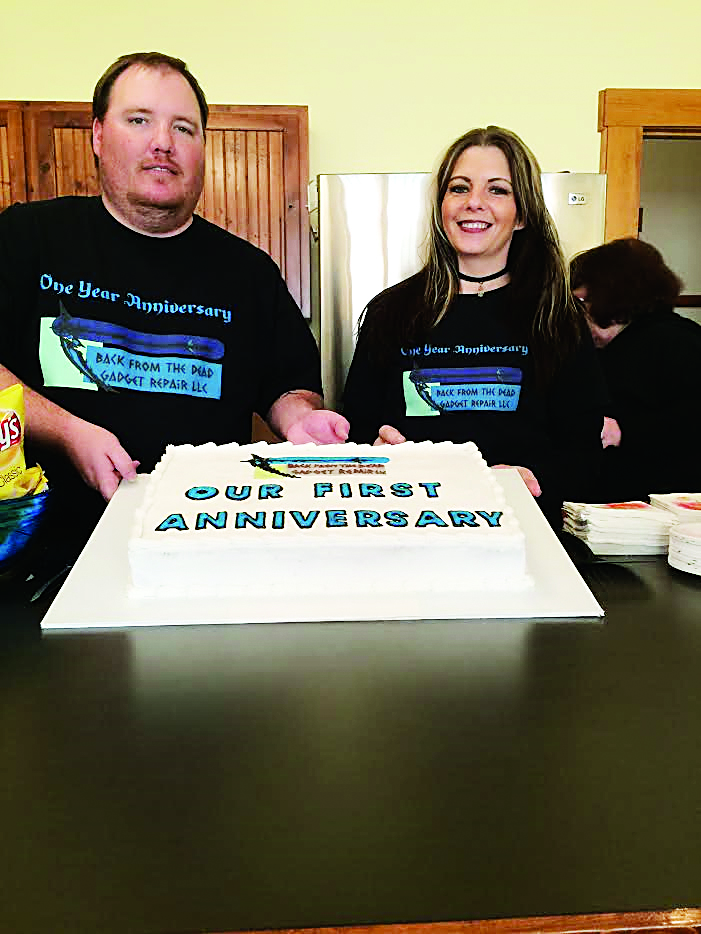 “It took us six months just to come up with a name,” Barb says, laughing.  “A lot of our work is on cell phones…and we wanted a name that let people know we work on all types, from the major manufacturers to the off-brands.”  They tried different options and then, one day, the idea just came to Barb.  “I heard a girl say, ‘Oh, no!  My phone is dead!’, and it just hit me.  Your phone is dead?  Well, we can bring it back to life.”  Hence, the name was born:  Back from the Dead Gadget Repair.

They were committed to funding the business without taking out a loan and knew keeping overhead expenses to a minimum was one of the keys to success.  So they set up a shop totally devoted to the business with its own separate entrance that is attached to their house.

They determined their roles, which can be easily described.  “Jeff does all the repairs, and I do everything else,” Barb says.

After a year of preparation, they opened their doors for business.  And now, a year and a half into the venture, how is the business going?  “Fantastic,” Barb answers.

Back from the Dead Gadget Repairs functions on several core principles.
The first principle is doing high quality work at a competitive price.  “We charge for the parts and Jeff’s labor,” she says, with prices typically set to be less expensive than what a customer would have to pay with an insurance policy or to replace the phone on their own.  They guarantee their work and “don’t give the phone back until it’s working”, providing a warranty for their work, as well.  Barb is also continuously looking for the best prices available on parts.  “With the new phones, like the iPhone 7, we usually can’t beat what the customer would pay with their insurance policies. The parts are just too expensive, and we’ll tell customers that, up front.” But, with models that have been on the market for a while, their prices are typically very competitive.

The second principle is customer service.  Many of their customers are students, “…and when they break their phones, they want them fixed right away,” so people can come to their shop and wait while Jeff fixes their phone.  For those people who can’t do that, Back from the Dead will pick up and deliver, frequently the next day.  The core of their customer base is in Eads and Lamar; however, Barb is now making regular trips to Holly, Granada and Las Animas, as well.  They are also reinvesting all of their profits back into the business and building their inventory, increasing the likelihood that customers won’t have to wait for parts to come from the manufacturers.  Also, if they discover they’re fixing a lot of the same problem with a certain type of phone, Barb will call customers whom she knows have that model and will tell them what to watch out for.  And if people have just gotten a new phone and need a little instruction on how to use it, they can come by the shop and Barb will show them a few pointers, free of charge.  “It’s just one of those things you want to do for your customers,” she says. 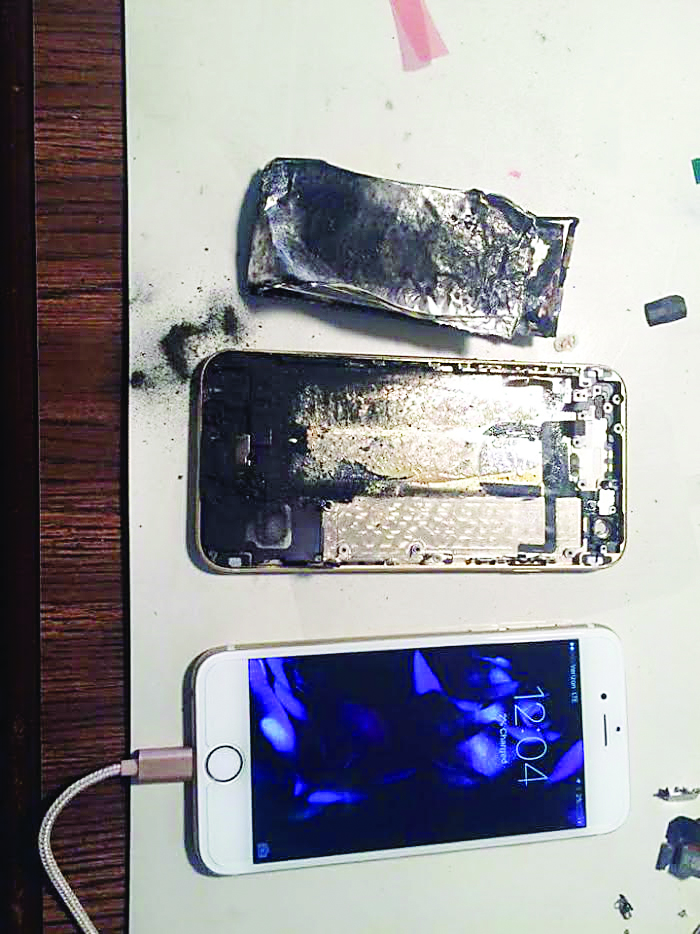 They are also constantly evaluating and revising their marketing.  “Our best advertising is word of mouth,” Barb explains and praises the loyalty of their customers who regularly refer friends and family to the business.  They also use those venues for advertising that tie in with their business and rely on vehicles like Facebook, Instagram and Tumblr.  “We tried print advertising but learned that print only works for us if it also has a digital product to go with it,” she says.

However, Barb states the major factor in their success was picking the right business at the right time.  “People look at their cellphones as their lifeline,” Barb states.  “They don’t just use it make calls and text. They use it for their email, for research, for conducting business.  And, with students, cell phones are the way they communicate with their parents.  If the phone is broken, the parents want it fixed now.”

Meanwhile, she’s heard some great stories about how people have broken their phones.  Her favorite is a customer who had a brand new phone and lost it while she was planting.  She found it, three months later, when they were baling their crops.  “She brought it in, and we fixed it,” Barb says.  “She was one happy lady.”

The company is committed to giving back to the community. Not only do they provide discounts to policemen, firemen and both active and retired military, they recently had a fund raiser for Wounded Warriors where money was donated for every phone they fixed.

So, what’s up for the future?  “We want to keep growing,” Barb says.  “We want to develop our mail business so that we can fix phones from all over.  And we want to get into some merchandising using our brand.”
Given their strong business savvy and commitment to excellence, it’s highly likely that Back from the Dead Gadget Repairs will be alive and kicking for a long, long time.

October 06, 2022 | Administrator | News
The Kiowa County Farm Bureau has been instrumental in lining up an NRA certified defensive pistol class to be held in Eads staring on October 21st. This is approximately an 8 to10-hour course that ...

Letter to the Editor: Opposing the Charter Amendment to Prohibit Marijuana in Lamar