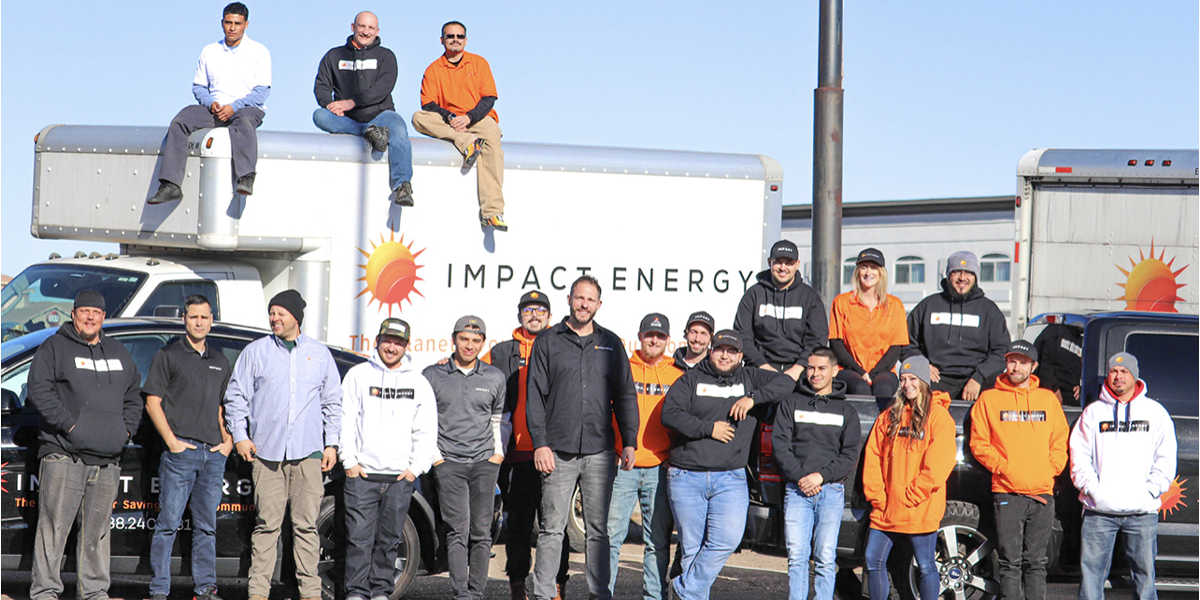 Renewable Energy sources such as wind and solar are quickly becoming more and more common.  Most people agree that there is a place for the renewable energy options in southeastern Colorado where the wind blows freely and there are more than 300 days of sunshine.  In addition, this area has some of the highest electric bills in the entire state, and it just might be time to find ways to save money on our monthly power bills.

Enter Nate Hadachek, owner of Impact Solar Energy, who understands exactly what it’s like to live in southeastern Colorado as he grew up in Cheyenne Wells graduating in 2003.

Nate has traveled the world and learned a great deal about how different countries utilize specifically solar energy.  After leaving Cheyenne Wells he attended Lamar Community College and McPherson College but says all of his solar education came from on-the-job training.

Hadachek started in the solar industry in 2012 in San Diego, CA as an operations manager.  Then he became a sales manager on Oahu, Hawaii.  He also sold solar in Phoenix, AZ and Salt Lake City, UT before he moved back to Colorado and started Impact in 2018.

Hadachek’s experience and knowledge about the economic benefits of solar energy are extensive.  His company’s sole mission is to, “Make a positive Impact on the planet, your wallet and our community.”  As such, their core values are an acronym for IMPACT (Integrity, Mastery, Purpose, Attitude, Community and Teamwork).

Hadachek would like to expand solar energy options out into the southeastern Colorado region where the concepts and benefits have just not caught on as of yet.  He has provided some interesting FAQ-type information for our readers below.

The Indy Picks---Impact Solar Energy as a company who could be a huge benefit to our community and our pocketbooks.  Contact him today if you are interested in learning more.