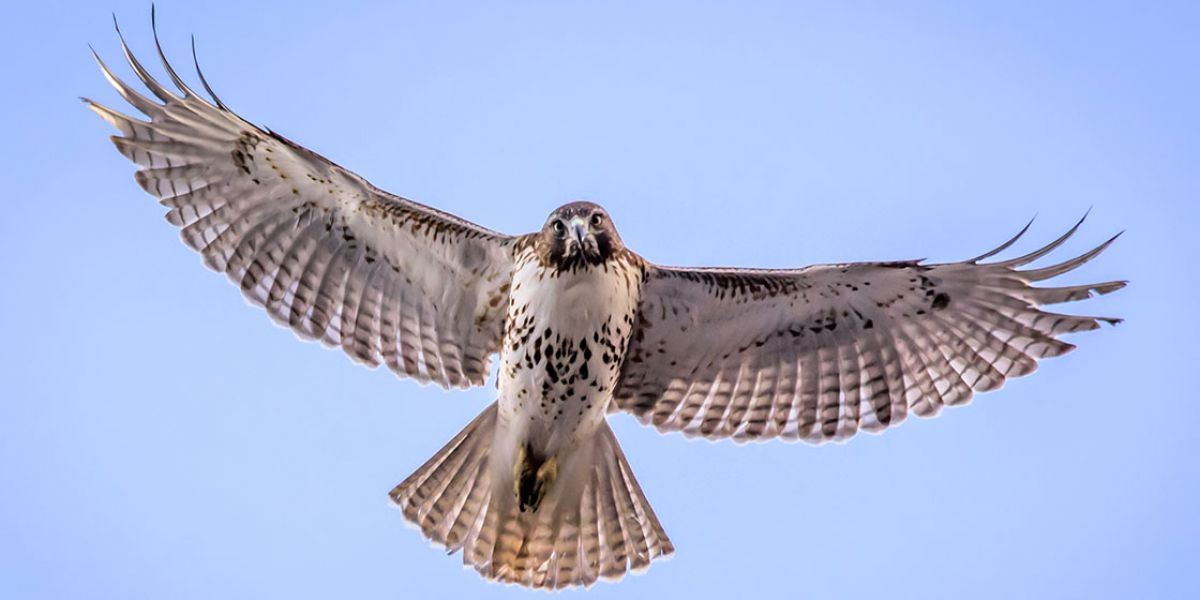 The World Up There

Peregrine falcons can reach a speed of 220 mph when they are diving for prey.

Pigeons can fly at sustained speeds of 50-60mph and, if trained, can return to a specific location as far away as 600 miles.

The heart of a hummingbird beats 1,263 times per minute, and these busy little beauties “flutter” their wings—in figure 8s, no less—80 times per second. This motion allows them to fly backwards and even hover in one place.

And...crows? Crows are smart.  We’re talking really smart.  A recent study out of the University of Washington suggests that crows are smart enough to remember the face of a person whom they view as a threat, even after some time has passed.  They’re smart enough to identify—and then swoop and “scold”-- the person, even when he’s in a crowd.
Impressed?  Well, hold on to your hats.  The same study suggests that crows are even capable of describing the person to other crows to such an extent that, upon sight, they’ll swoop and scold the person, as well.  And, uh, it’s been discovered that crows actually have dialects.  Mm-hmm. Dialects.
Birds, with roughly 10,000 species, are some of the most interesting, colorful and visually dynamic wildlife on the planet and are doing extraordinary things in the skies, the trees, the open fields and bodies of water that surround us. 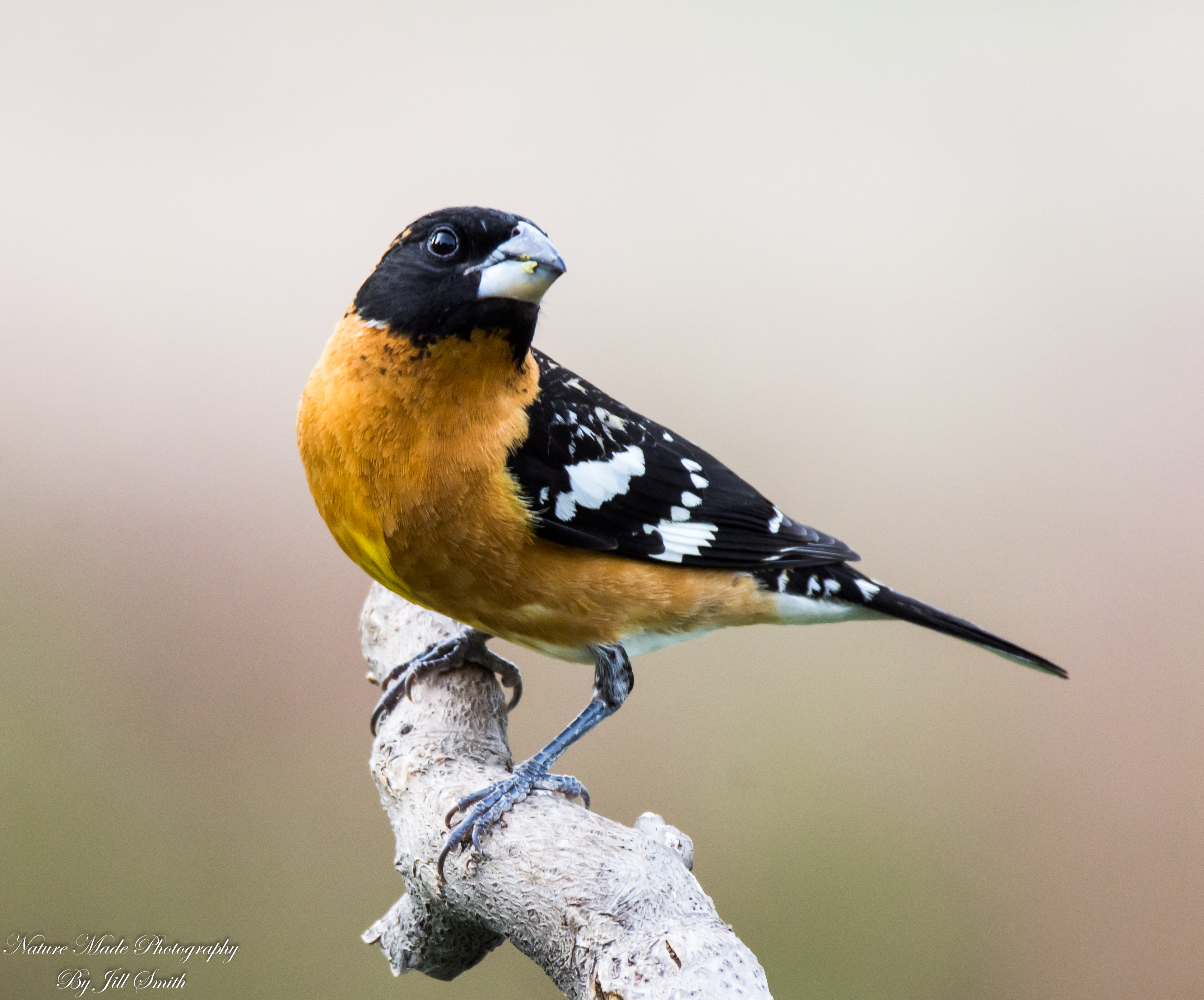 Jill White Smith, award-winning and regionally famous wildlife photographer, puts it best.  “There is so much life,” she says, “and so much drama, too.  Birds really have their own distinct personalities, and you can see it all play out, right in front of your eyes.”
While White Smith’s photos and narrative are truly unique in their beauty and depth, her profound (and fun) appreciation for the winged wonders is shared by many.

Far from being a fledgling pastime, a 2016 report by the U.S. Department of Fish and Wildlife, reveals that 45.1 million people describe themselves as birdwatchers. Other reports say the total number is much higher, with some estimates being almost twice that number.  Birdwatching—or birding, as it’s called for the more devoted enthusiasts—ranks 15th on a list of recreational sports, just slightly behind cycling.
And, as it turns out, Southeastern Colorado is prime territory to for birdwatching. “We’re part of the Central Flyway,” White Smith explains.  “Migrants [birds] go north and south. We’re also on both an Eastern limit and a Western limit for Eastern birds and Western birds.    Since birds can’t read maps, Eastern birds often cross over into the Western region of bird habitat, and vice versa.”  The region’s “flyway” location, among other factors, results in there being more than 400 different species of birds in parts of Southeast Colorado, not to mention those rare treasures who show up in this area when they’re typically only found hundreds if not thousands of miles from here.  It also accounts for the fact that, every year, several hundred people flock to the area in April and May for Spring Migration and September to October and November when it’s Fall Migration, and birdwatching is at its peak.
A large majority of those enjoying the sport do so from their front porches or back yards as they watch, photograph or feed the wild birds who populate the world surrounding their homes.  But there’s a whole other group that participates in the sport at an entirely different level.  The most recent National Survey on Recreation and the Environment by the USDA's Forest Service reports that 18 million people are serious enough to take trips to gather with other birders or observe birds not found in their immediate area.
And, yes, it is a sport that, for some birders, that can involve endurance, physical agility as they sometimes cross remote terrain, a clear code of conduct and ethics, and competition (with themselves).   For many, the goal is to build a list of how many birds can be spotted or heard, whether it’s a life list, a year list, a country list or a list of birds in a state or county.  White Smith describes it as a “treasure hunt”. 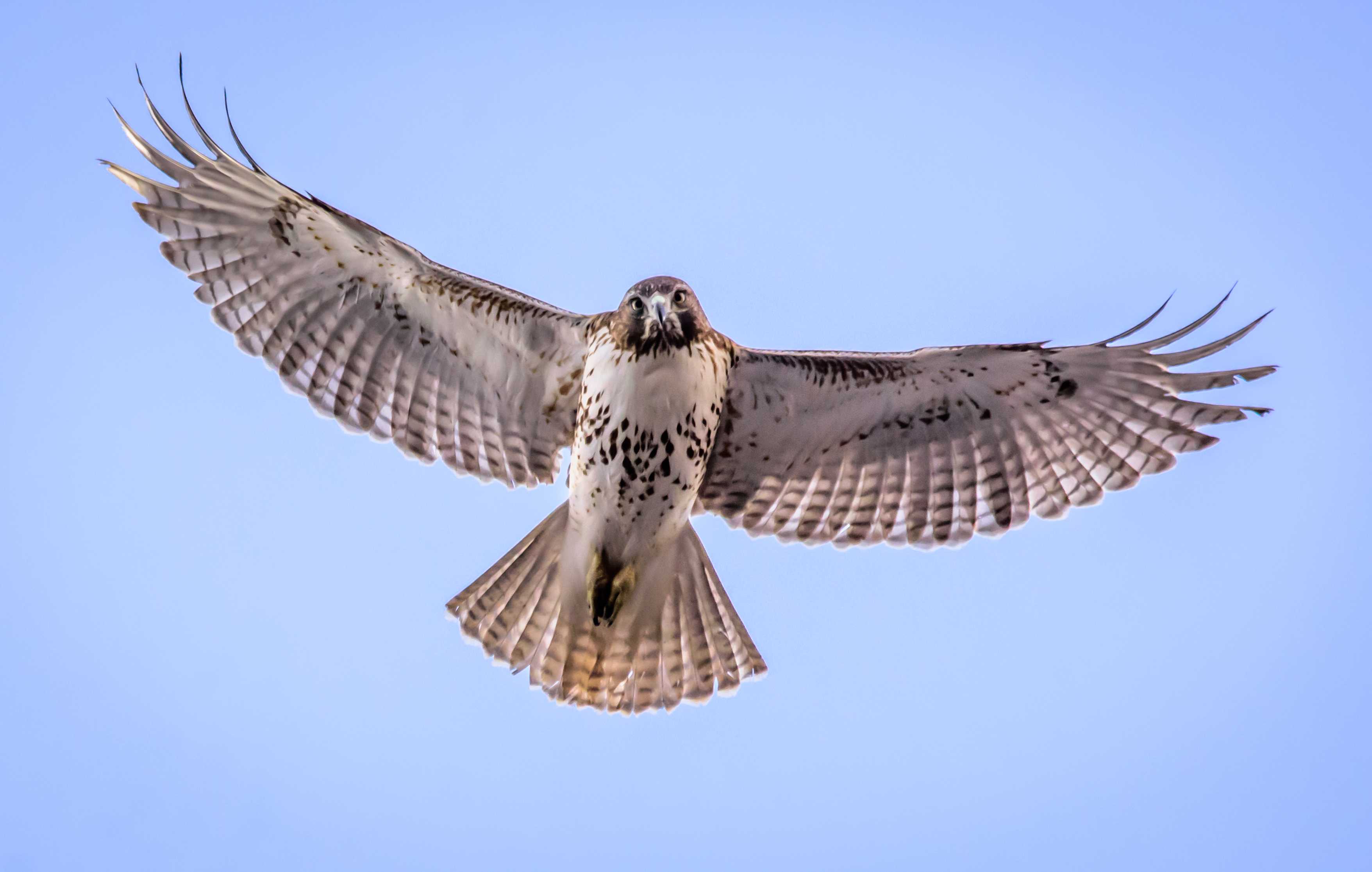 Now, if you’re picturing some sweet natured, be speckled, balding guy in madras shorts with black socks and sandals stumbling through a field as he mutters to himself while taking notes, think again. While those wonderful (albeit stereotypical) enthusiasts are still enjoying birding as they always have, the ubiquitous nature of the internet, social media and high quality cameras on cell phones has millennials flocking to wooded areas, lakes and open fields just to capture a treasured sight or song from the avian world.  And they’re just an example of the new recruits.  With the presence of birds everywhere, the low cost of equipment required (good binoculars are very reasonable) and the support an internet connection can provide, the sky’s the limit when it comes to making birdwatching accessible to all.

However, that easy access and broad appeal brings out one of the most unusual—and, frankly, wonderful—aspects of the sport.  In addition to the fist bumping “birder bros” who take delight in comparing the numbers of different birds they’ve spotted, there’s an equally large segment of birders who are as devoted to the conservation and well-being of the habitats of the birds they’re spotting as they are to the act of spotting, itself.
Nowhere is that commitment more clear than on the website ebird.org, which is the Holy Grail of birder websites.  The people behind ebird have created an online birdwatching community, including a central place to document sightings, photographs and recordings plus a variety of tools to support and heighten the birding experience.
Describing itself as “the largest biodiversity-related citizen projects with more than 100 million bird sightings submitted from birders around the world”, ebird.org also contributes to science by compiling and submitting the data collected by those citizen scientists. As stated on their website, “Your sightings contribute to hundreds of conservation decisions and peer-reviewed papers, thousands of student projects and help inform bird research worldwide.” They also contribute to those agencies measuring climate change as bird migration and populations are excellent barometers of environmental health.

Nonetheless, it still comes down to what each birder does when he or she goes out there in the field. 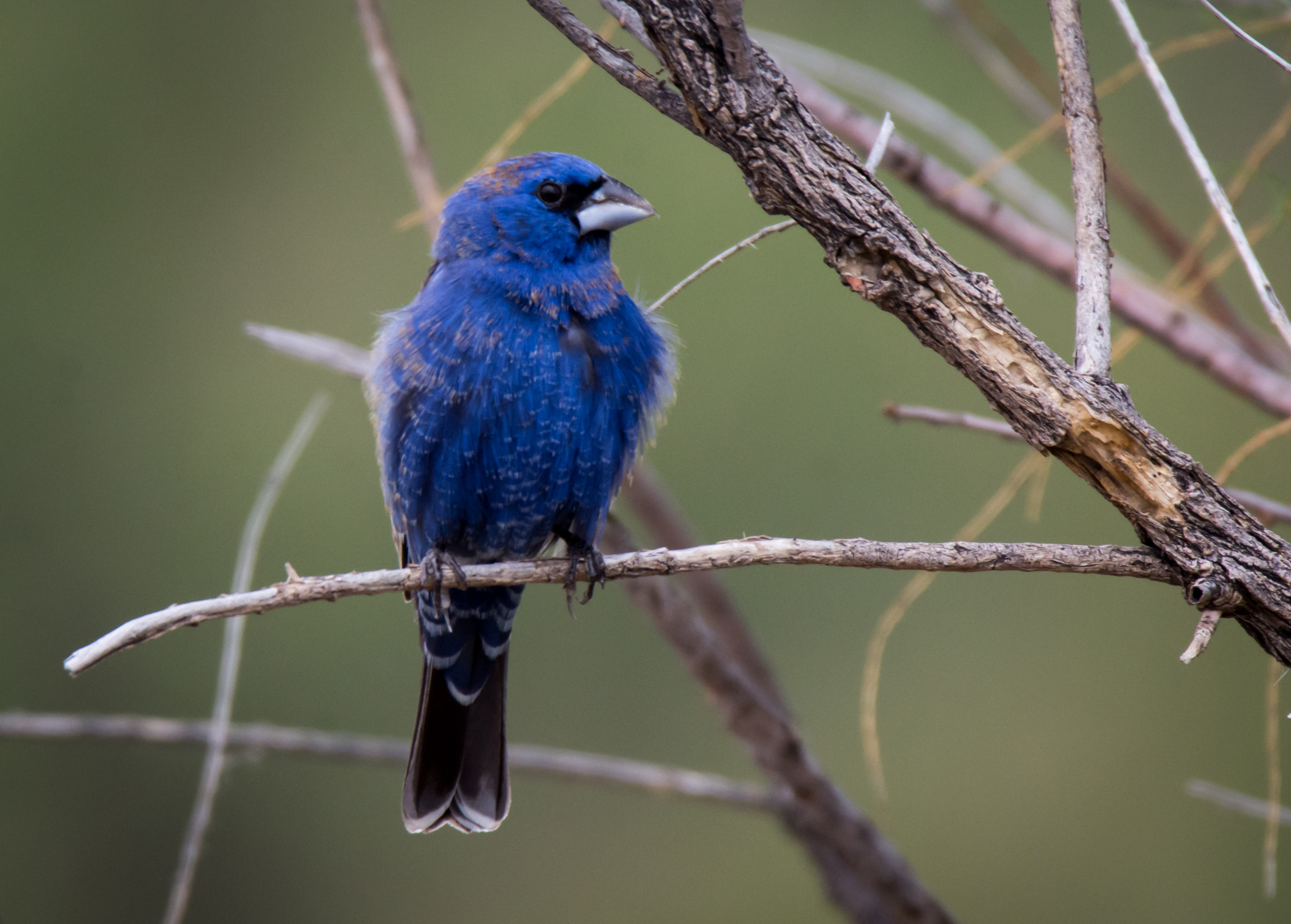 White Smith, who gives an annual presentation at the Snow Goose Festival, has strong feelings on the topic.   “Most people will say ‘I love wildlife’”, she states. “Well, if they do, sometimes they have to make ethical decisions for the sake of that wildlife.  You may not get the picture, you may not get to hang out as long as you want.  Proof of love is the viewer’s choice. Is he or she willing to learn what ethical behavior looks like?  And then, will they teach their children?”

She readily admits there’s another side.  “We have such a tiny bit of square footage of protected habitat—state parks and state wilderness—that a mass of humanity can really disrupt natural wildlife behavior. It’s not like we have the mountains in our back yard! The critters simply don’t have any place else to go.”  White Smith summarizes a study of the impact of hiking trails on the presence of wildlife that states 25 yards on either side of the trail clears all wildlife.  She brings up the trail at LCC in Lamar.  “In some places it’s not even 50 yards wide,” she says. “Should there even be a trail? Or should it be left to nature?” 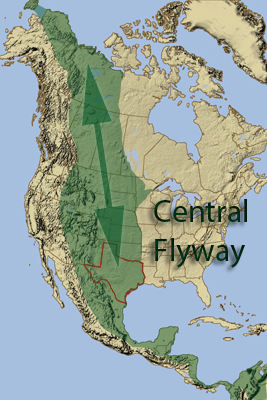 White Smith, whose previous career was as a science teacher, doesn’t leave it there. “On the other hand, if people don’t have access to see wildlife, they don’t care enough to want to save it or to change behavior to preserve habitat.  People need access. So far, the habitat is supporting that quantity of people [who come to the area].    Do we want more people here?  Economically, of course.  But we need to really do some studying about potential impact of all kinds.  Being proactive to protect our area and invite visitors to come play is a lot better than ignoring potential impact and destroying habitat without even noticing.”

Meanwhile, the birds keep doing their bird thing.  As Jill White Smith posts on her Facebook page, the Yellow Warbler “lifted off his feet by a song knows when to dance”. The Cedar Waxwing seems “mysterious due to the bandit mask he always wears”, or a “precious and dedicated Golden Eagle parent protects her young from a strong wind that could have blown them out of the nest”.

Maybe it’s time the rest of us go with the flow and…look up for a change.  It’s a wondrous world up there.
BEST PLACES TO BIRDWATCH
IN SOUTHEAST COLORADO