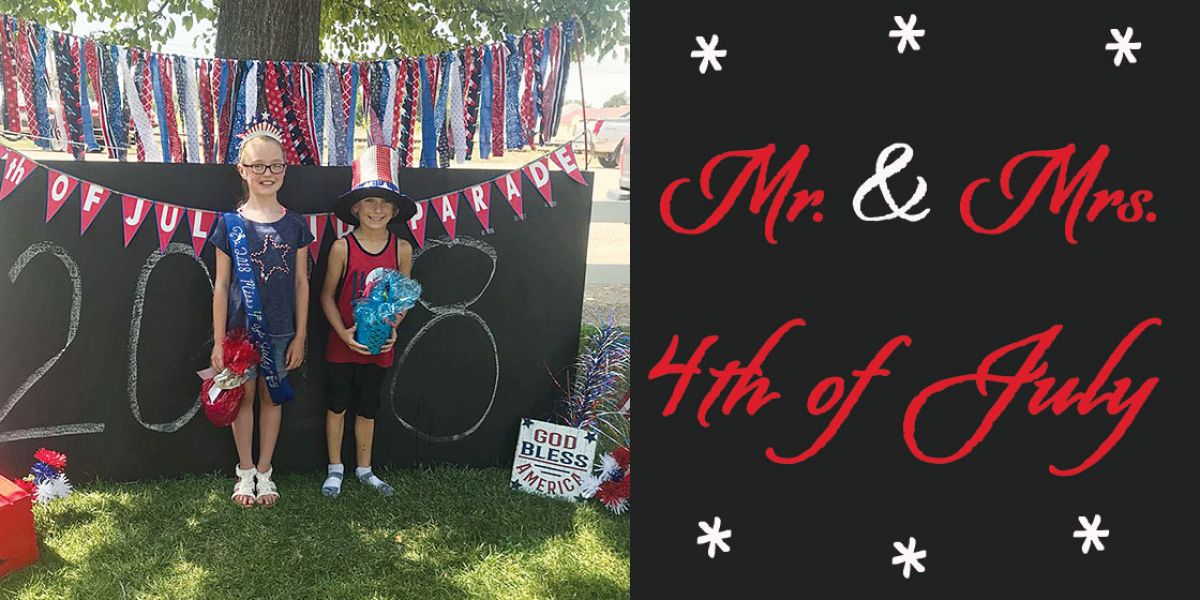 2018-07-11 18:08:01
Here at the Independent we have been talking a lot about how a community can make a quality of life for its citizens.  Quality of life is one of the top reasons people move to small towns---and certainly why they stay.  Of course, there are many schools of thought on how to develop this type of lifestyle--- from relying on good government leadership, to strong volunteerism, to groups working collaboratively.

According to Wikipedia, “Grassroots organizing builds community groups from scratch, developing new leadership where none existed and organizing the unorganized. It is a values-based process where people are brought together to act in the interest of their communities and the common good.”  On the 4th of July this community witnessed the emergence of such a grassroots movement and it came from the young parent sector supported by the local businesses---a win-win collaboration.

This was the 2nd annual 4th of July Kids’ Parade event organized by Laura Jo Via and Jami Lane along with a handful of parents of elementary-aged children.  The parents had a vision for a fun 4th of July morning that included an All-American parade down the south end of Maine Street and then lots of fun, food, and water at the city park.

The parade went off without a hitch with approximately 125 kids in the parade---112 who registered for the event and got goody bags to boot.  Lane said, “Our goal was to have 75 this year, but we exceeded that and also had more than twice as many as we did last year.”  The numerous children of all ages came dressed in their red, white, and blue on wagons, bikes, trikes, and scooters.  The 100+ children lined up behind the American flag presented by the Eads High School cheerleaders and stood with hands on hearts while the National Anthem was played.  They then took off up Maine Street with a large crowd of adoring parents, grandparents, and community citizens lining the street on both sides to cheer them on.  The parade turned east at Crow’s Stop & Shop and wound its way back to city park where the fun then continued.

Organizers had done an amazing job of collecting donations of food, games, and giveaways for the kids to enjoy.  Prizes were given out to all who registered and included toys, free movie passes complement of the Plains Theater (CLCEC), ice cream cone certificates from the Maine Scoop (CLCEC), free swim passes from the Town of Eads, and free Icee coupons from Crow’s Stop & Shop. 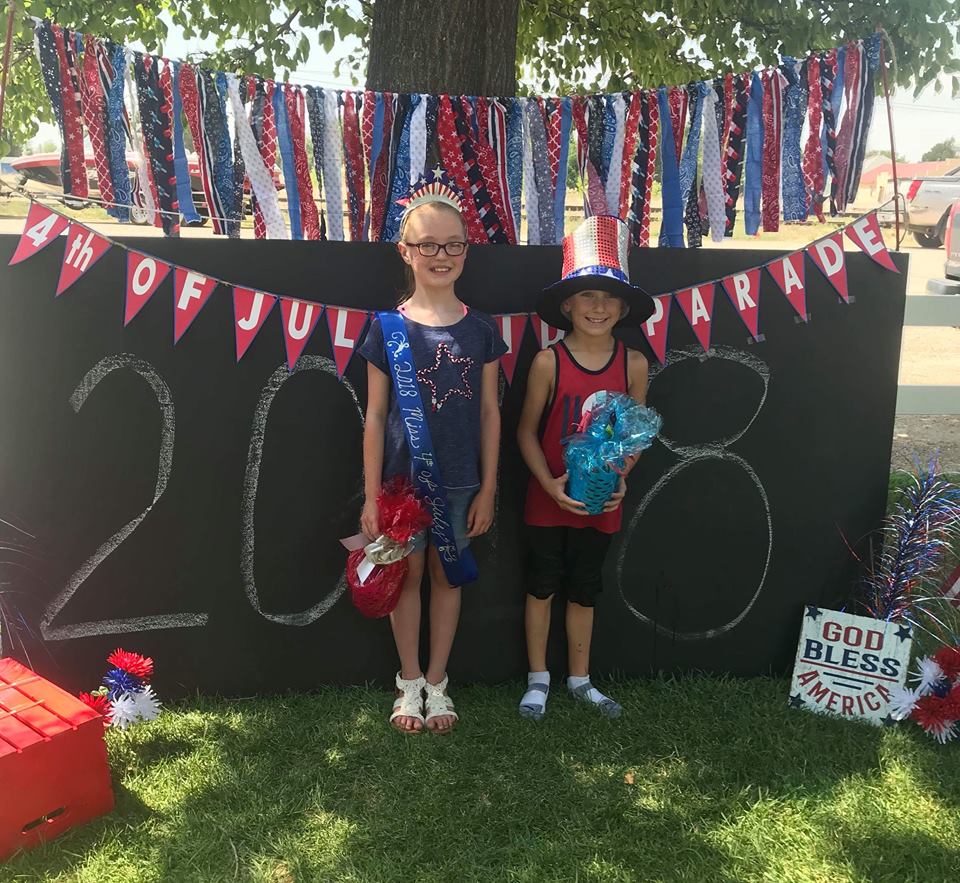 Jennifer Crow from Crow’s Stop & Shop sponsored the Mr. & Miss 4th of July event where kids put their names in the pot for a chance to be crowned the first ever 4th of July King & Queen.  The King turned out to be Will Barnett, a rising Kindergartener at Eads Elementary, and the Queen was Addison Courkamp, a rising third grader.  The two received special prizes for their luck of the draw.

The members of the Future Leaders Learning & Care Center served watermelon and rainbow sprite drinks as they told the parents about their plans for the upcoming center.  Donation boxes were available to help in their efforts to raise startup money.

The Kiowa County Sheriff’s Department had their climbing wall set up on the vacant lot opposite of the city park.  Many kids took turns climbing up the sides and ringing the ever-elusive bells at the top.

Other fun came from face painting offered up by Barb Scranton with Back from the Dead Gadget Repair, an arts and crafts table supplied and ran by Riki Berry Cordova, and the Splash Zone that offered up a water blow up playground, a water gun filling station, and plenty of water balloons that kept the July heat at bay for all the kids.

Photos of all the fun started circulating facebook during the day and many people living in other parts of the world began commenting on what a wonderful 4th of July event Eads had put on for their children.  This grassroots effort demonstrated exactly what can happen when people with a common goal can organize around a cause, get some help from their community businesses and leadership, and create a quality of life event that has now more than likely become a tradition for the 4th of July.
Tweet