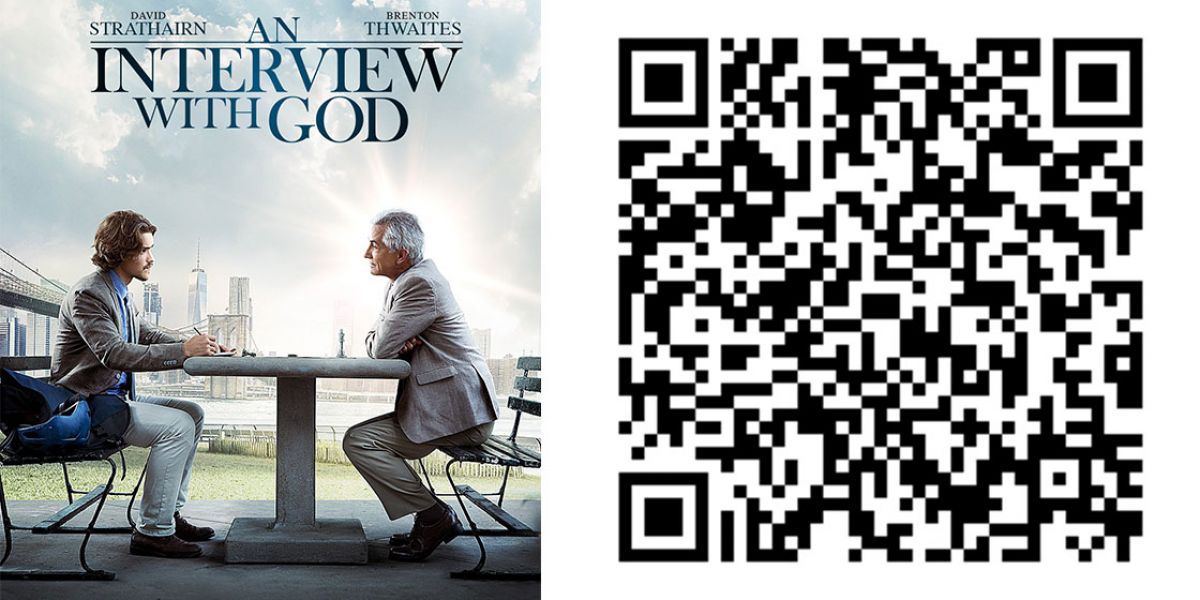 An Interview With God

"An Interview With God" Coming to the Plains Theater Next Week

The Plains Theater in Eads is a member of the Fathom Events programming group and as such is able to obtain some exciting, current, and out-of-the-way programming that is usually only seen in urban theaters throughout the country. These opportunities for more culture, more updated documentaries, more concerts and even more controversial subject matter allow the Plains Theater to bring the world in its many forms to rural Colorado.

Next week the Plains Theater in Eads will be hosting a three-night Fathom event entitled, AN INTERVIEW WITH GOD. It will begin on Monday night, August 20th and continue through Tuesday, August 21st to Wednesday, August 22nd. Each showing begins at 7:00 pm at the Plains Theater located at 1304 Maine Street. Fathoms ticket prices include $7.00 for Adults and $5.00 for Senior Citizens & Children under 12 years of age.

This is a must-see event for those who are immersed in the religious faith, as well as those who still have some lingering questions to be answered.

If you were able to get AN INTERVIEW WITH GOD, what would you ask?

The premise of the story is interesting in its approach to its topic of God’s existence and why bad things happen to seemingly good people.

Covering the war in Afghanistan provided journalist Paul Asher with some of the best stories of his young career. But that endeavor ends up costing him so much more than he ever could have calculated.

Upon returning home, Paul struggles to deal with the after-effects of his experiences, a failing marriage, and his dying faith. Not knowing where to turn, Paul dives deeply into the story of a lifetime—an interview with a mysterious man claiming to be God.

What does an inquisitive reporter ask God? What would you ask?

Sitting down with this mysterious man over the course of three fateful days, Paul finds himself answering as many questions as he asks. While wrestling with what he knows and what he’s unsure of, Paul finds himself at the crossroads we all come to in our lives: Who do we say God is?

AN INTERVIEW WITH GOD is a thought-provoking film that will be in theaters for three consecutive nights only, August 20-22. Following the movie’s conclusion, experience an engaging discussion based on the film’s thought-provoking themes.

AN INTERVIEW WITH GOD stars Academy Award® nominee David Strathairn (Good Night, and Good Luck) and Brenton Thwaites (Pirates of The Caribbean: Dead Men Tell No Tales), along with Yael Grobglas (Jane the Virgin), Hill Harper (Concussion), and Charlbi Dean Kriek (The Other). The Giving Films picture is directed by Perry Lang from a screenplay by Ken Aguado.

Select movie theaters across the country will receive the live feed of the movie and post-event discussion period. Don’t miss out on this opportunity to be witness to an amazing discussion about the biggest question every single human being wonders about.

If you have questions call 719-940-0799 or go to the Plains Theater website at www.plainstheater.com