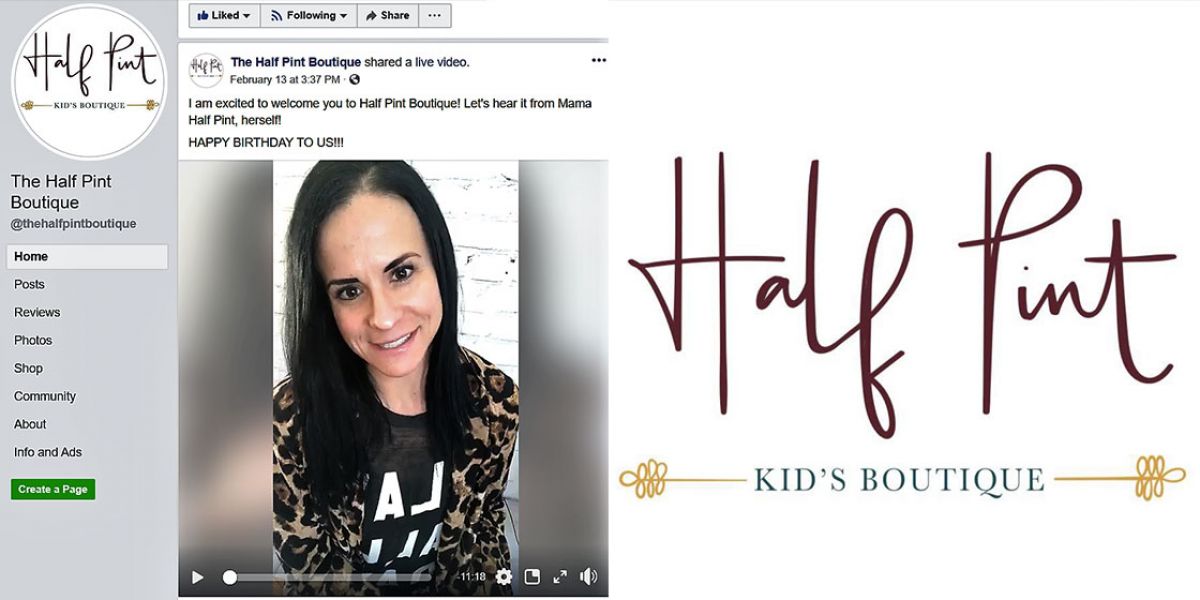 The Women Behind the Screens - Half Pint Boutique

As the cost of living in urban areas such as Denver continues to rise and the traffic and daily commutes get longer and more dangerous, young educated millennials are considering the idea of moving out of the cities and into the remote rural areas such as southeastern Colorado. Many who seek the slower paced and more simple life are now of the age where they are ready to settle down and want to raise their own families the way they were raised. There’s often just one thing stopping them---one pretty significant road block----how to make a good enough living to support their families in a manner they are used to. Enter the new breed of young parents, mostly the mothers of the family, who have taken matters into their own hands and have found a way to bring their individual passions and skills into making a living. These are the women who start their own online businesses often times with nothing more than a smart phone and a great idea. These are the women behind the screens. 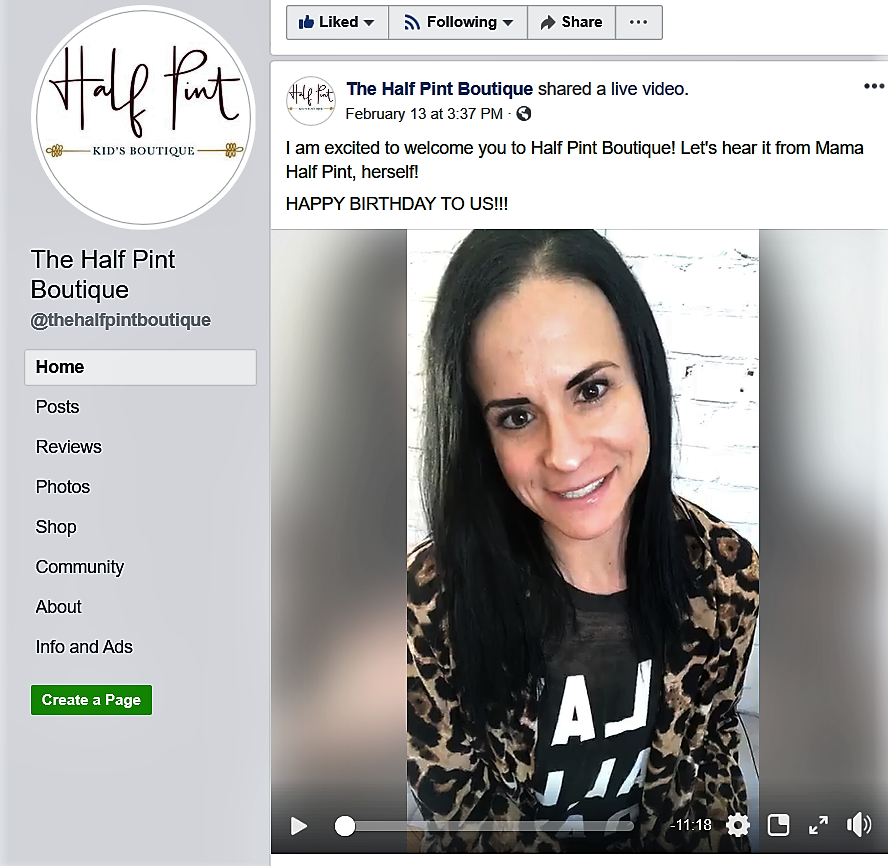 Recently the Lamar Chamber of Commerce recognized one of the most iconic businesses in Lamar and the owner happens to be a woman. Beverly Augustine, owner/operator of the Lassie, a retail business selling women’s clothing and accessories in the same building on Main Street for the past 70 years, is a marvel unto herself. Since 1948 Beverly has dressed women across the area and provided dozens of jobs. Her business model includes filling her brick and mortar retail space with a large inventory available for sale with herself or an employee helping the customers. Her marketing technique is word of mouth and occasional advertising in the media. This tried and true approach worked in the days when real estate was cheap, investment money was available from the local bank with few regulations slowing the process down, and buying inventory was tediously done on the phone between trusted associates. These days, starting up a business such as the Lassie costs way too much for young people, who are almost always burdened with student loan debt, to afford. The banks won’t loan the capital needed, and real estate is nearly impossible to get a hold of, let alone purchase.

Enter the new way to do clothing retail in southeastern Colorado. All of it can be done on a smart phone.

Just a few days ago a new business opened up, online only at this point, called the Half Pint Boutique. The owner is Monica Leiker from Holly who introduced her new business in an online live feed on facebook. According to Leiker it has taken her 4 months of hard work to get her business ready to launch.

In her introduction live feed Leiker used her friendly personality and strong ability to talk in front of a camera, her own phone camera, to introduce her new business. Her marketing skills are top-notch as she introduced herself telling her facebook followers her three main passions. They include her religion (Catholic), passion for writing (she has a wonderful blog called My Treasures Found), and fashion. She believes her ‘passion for fashion’ came from the fact that she grew up in a very conservative Catholic family attending private school where uniforms were the norm. Her inner creativity and natural exuberance were mostly held in check until now when she is able to bring the things she loves in life together in one fun and potentially successful business.

Of course, there is one other major aspect of her life that is the real and true reason for this business and that centers around her children. She has two, a girl and a boy, and loves to dress them in the latest fashions. Using her own experience as a mother Leiker has developed her game plan for a children’s boutique that can be easily accessed by anyone online. True to the area, Leiker is developing a way to receive and place orders at her house or at the radio stations in Lamar where she and her husband own and operate 25-7 Media, LLC. 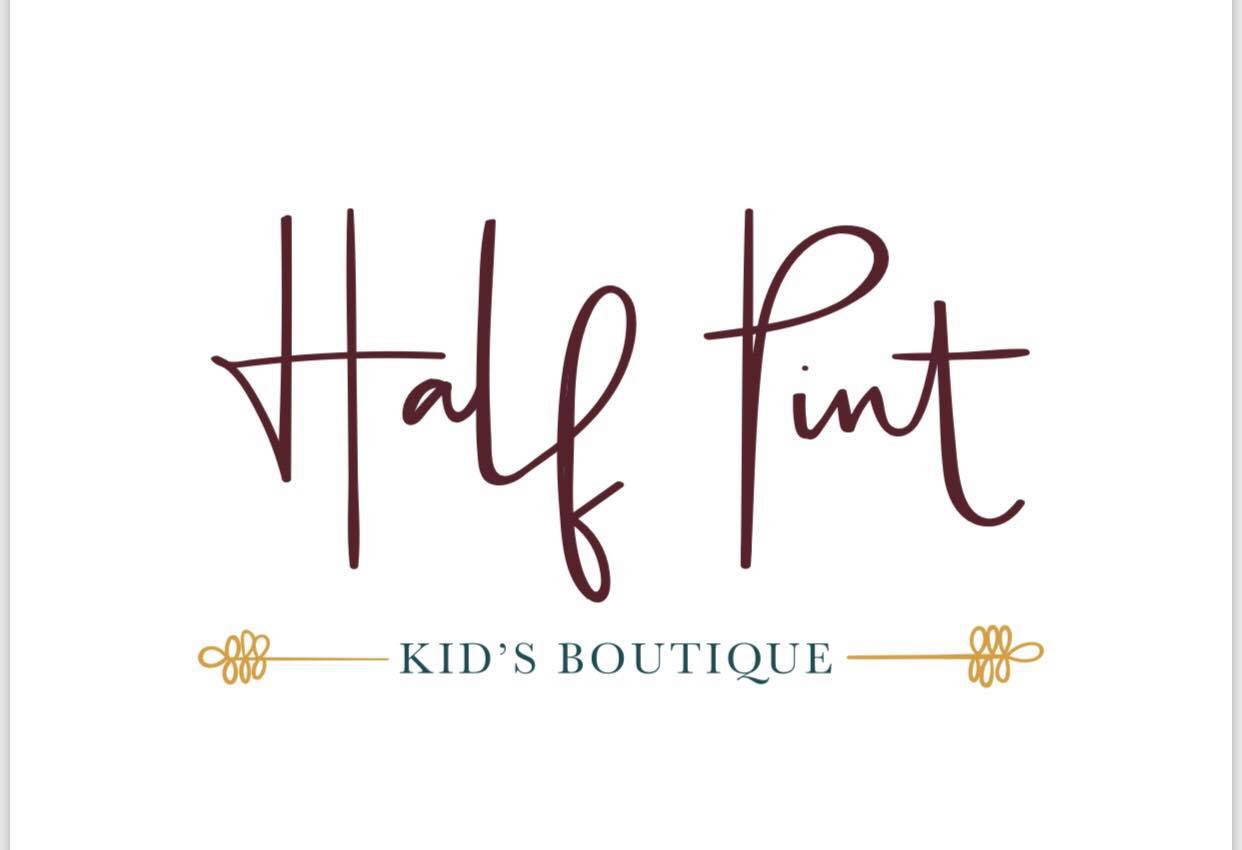 The name, HALF PINT, comes from her favorite TV show and book series when she was a little girl. The character, Laura Ingalls Wilder, was nicknamed “Half Pint” by her father played on the TV series Little House on the Prairie by Michael Landon.

The clothing for girls and boys’ sizes newborn (NB) to Youth XXL include items you will not find at Walmart. They are one of kind fashions, the kind you can get in the city, often modeled by her son and his little friends, with limited quantities. Many of the items can be mixed and matched and the prices are very reasonable. In the future, Leiker wants to build her offerings to include children’s accessories such as adorable shoes, belts, and other specialty items.

Leiker says there are many young women these days who have their own online businesses…many in this area alone. She credits Nicole Rushton to be the true business guru in her endeavor. “I am completely indebted to Nicole as she shared every bit of information she could in order to help me get going.” Rushton also lives in Holly and owns Country Faith Boutique. Leiker goes on to say, “We girls need to stick together and support each other! There is just such a wealth of smart entrepreneurial women in this area.” 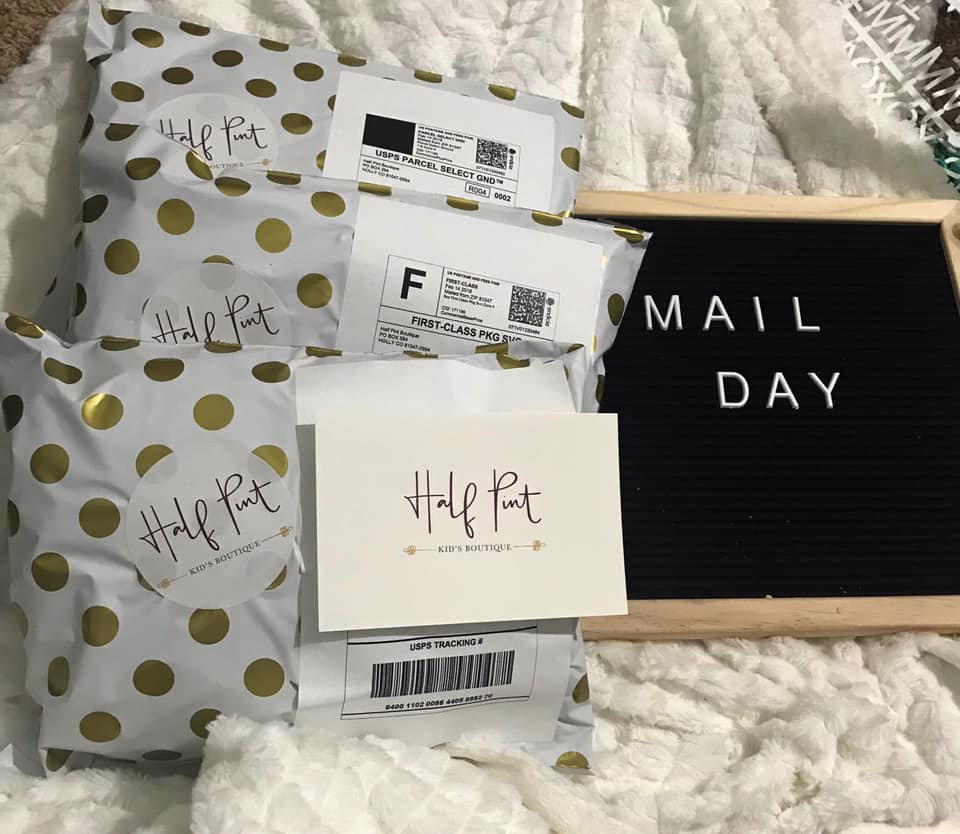 Leiker’s marketing is done while she is waiting to pick up her son from preschool. New merchandise is purchased while her two-year old is taking a nap. Emails are answered at every walking and waking opportunity. Accounting and invoicing is accomplished through an app on her phone that allows her immediate point-of-sale access.
The Half Pint Boutique and Beverly Augustine’s The Lassie located on Main Street in Lamar have some things in common, mostly a ‘passion for fashion’ by both Monica and Beverly. But these days they are worlds apart, as well.