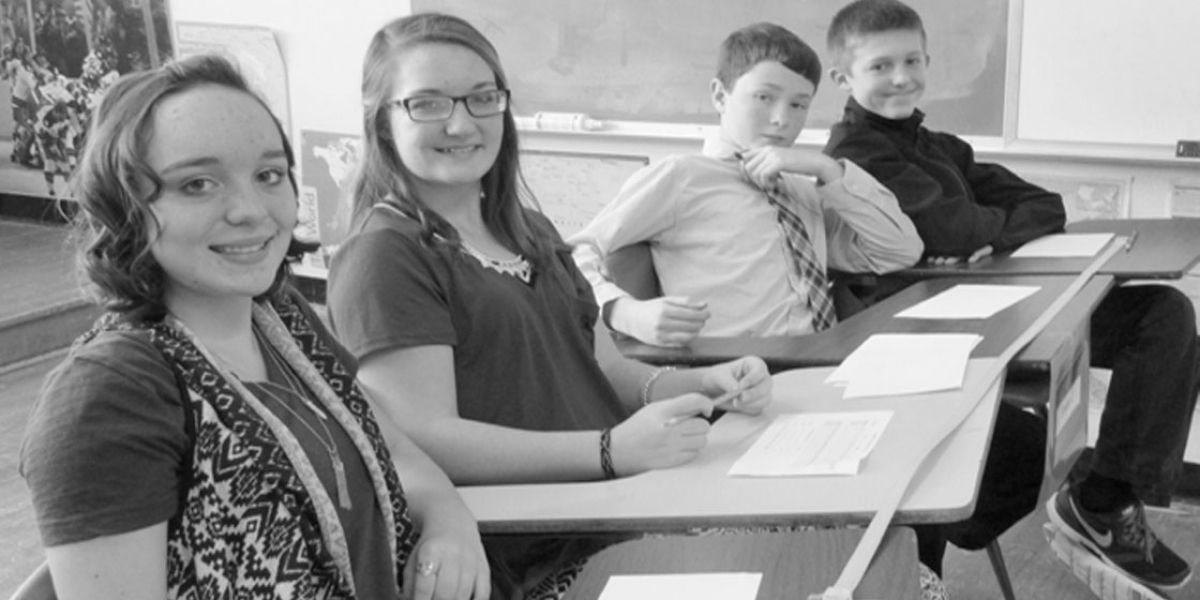 Both the Eads High School and Eads Middle School knowledge bowl
teams have had successful seasons so far during the 2015-16 school year.
The high school team started the year with six fall competitions. The varsity
team members have been Rustin Jensen, Fredrick Turner, Cameron Crow,
Trey McDowell and Zach Haase. The team placed at several of the fall meets
and won two of the events. The wins came at Plainview and Vilas, and the
team took second place at Cheraw and third at Holly.

The B team finished second in the B division at Cheraw, Lamar Community
College, and Holly and placed fourth at Plainview. Team members at
the events were Savanna Gyurman, Cody Back, Madison Kelley, Cameryn
Martin, Blake Stoker and Emily Gyurman.

The Eads Invitational was the second competition of the spring semester
and was the largest meet in the region, with 42 teams from 21 schools participating.
The Eads varsity consisted of Jensen, Turner, Crow, and McDowell.

The team had a dismal written round score, but came roaring back during the
four oral rounds to move into a tie for fourth place.

The middle school team participated in four tournaments so far. The
eighth grade team of Hallie Morlan and Kaycee Ellenberger was helped out
by seventh grader Bradley Musgrave. The team competed well, but did not
place in the top three at any of the meets.

The seventh grade team has had an outstanding season so far and has won
all four of the competitions. Team members are Joe Haase, Hatch Nelson,
Amber Kopasz, and Mollie Kelley.

The high school team has two more regular-season competitions prior to
the state-qualifying regional meet, and the middle school team will be traveling
to Campo in February and will possibly have two more meets in March.
Regionals is February 10th at LCC.
7th