The Kiowa County Farm Bureau is sponsoring a new documentary by George Joutras that promises to bring the visual beauty of ranch life in the Nebraska Sandhill Country to the big screen in a way we haven’t seen before. 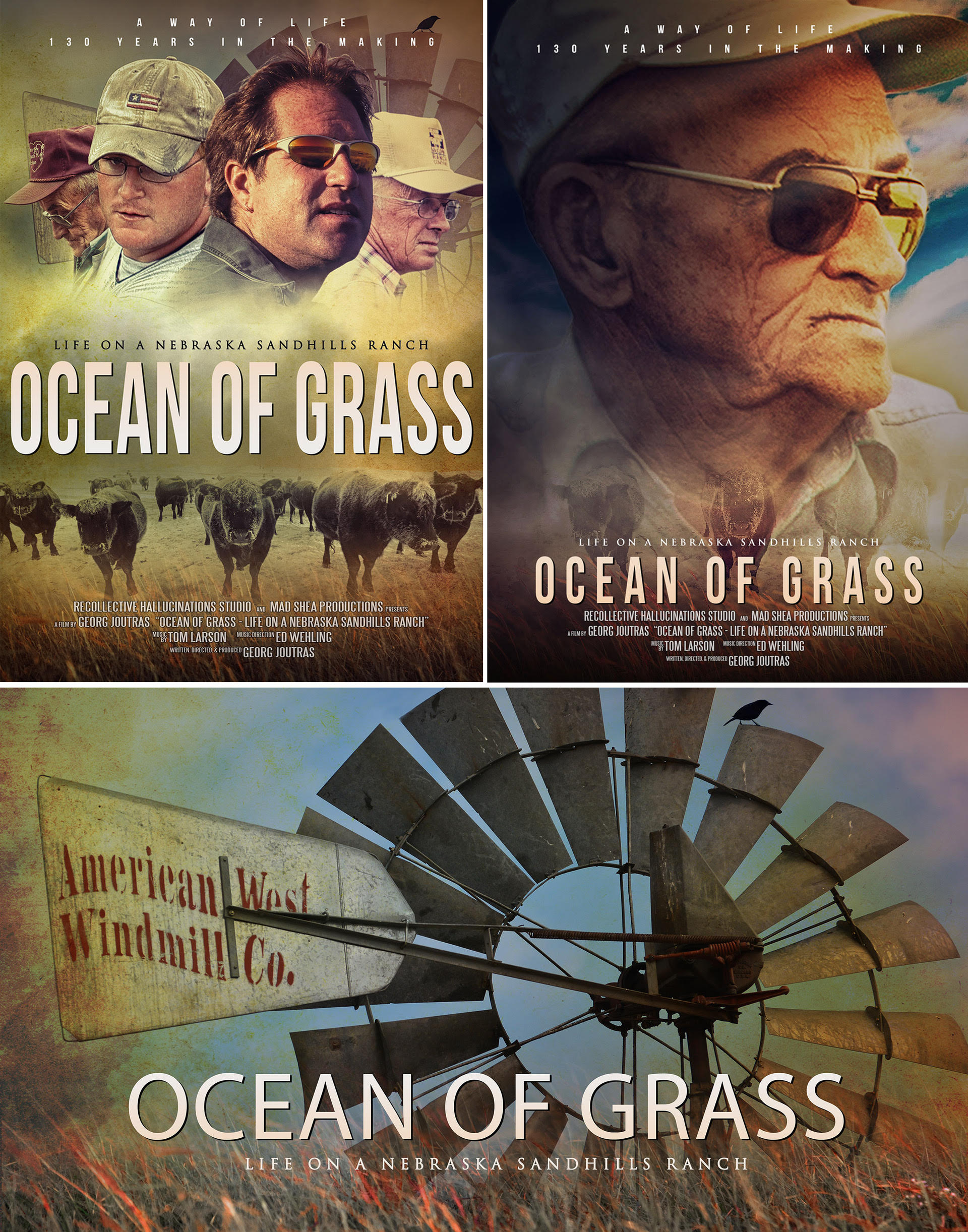 The documentary aptly entitled, OCEANS OF GRASS: LIFE ON A NEBRASKA SANDHILL RANCH, will be shown at the Plains Theater in Eads, Colorado on Sunday, March 24th at 1:00 pm. There will then be a showing on Monday, March 25 at 2:00 pm for area students led by the Eads FFA Chapter. Finally, one more showing for the public will be on Monday evening starting at 6:00 pm.

The film is an experiential, immersive documentary capturing a year in the life of a 130-year-old Nebraska Sandhills ranch in a lyrical, timeless manner. The 86-minute long documentary – filmed over a 22-month span in Custer County, Nebraska - presents the intriguing personalities and opinions of those individuals who choose this sparse, rugged lifestyle. The film showcases the incredible yet sublime beauty of the little-known Nebraska Sandhills using 4K, aerial and POV cameras. The project was conceived, produced, directed, filmed, edited and graded by first-time filmmaker Georg Joutras.

Lindsey Todd, Eads FFA Sponsor and also a member of the Kiowa County Farm Bureau, is working with other schools to offer this unique opportunity for students to look into the lives and work of people who they will recognize as the strong cowboys, ranchers, and farmers who live among us each and every day.

It is the Kiowa County Farm Bureau’s hope that the youth will come to appreciate the wonderful and important work done on ranches each and every day. They also hope to bring a sense of pride to the viewers who live the life they will be seeing on the big screen.

According to Joutras, “It has become apparent by the crowd reaction that this film strikes a deep and emotional chord with many. There are cheers, tears, introspection, and smiles from patrons who have watched it. This country is looking for positive reinforcement of what made, and still makes, the USA great. The film incapsulates positive aspects about the country without pandering to any political flavor. It is a true, realistic, and real film about life. At the end, people just feel good watching it. In these times, that is not a bad outcome.”

In addition to the visually stunning cinematography, a musical score was written specifically for the film by noted Nebraska composer/musician Tom Larson.

George, who originally came from New Jersey, goes on to describe his work, “The film presents itself in a pacing reminiscent of how I was originally exposed to the ranch. In a measured, timeless, and somewhat meandering way: the same way a person gets to know any place new. Every time I visited, I learned more about this place and the people that call the Sandhills home. It is the feeling of this particular ranch I tried to capture in a bottle. It is the experience of the ranch, the realness and the rightness of this place and the Sandhills people in general.”

“Meeting the individuals of this area, one notices that the people can be reserved. You get to know them slowly, similar to peeling back the layers of an onion, each layer presents you something different. The story eventually coalesces together in a sum larger than the parts, leaving the viewer with an intuitive feeling for the people and the place.”

The movie’s story structure is dictated by the ranch, what it presented each day, and imbues a slow buildup of character development and appreciation of the Sandhills Region. OCEAN OF GRASS is an organic journey about everything important in life all rolled up into the ranch. Life, family, gratitude, hard work, perseverance, the love of one’s God, friends and community. In the end, it is an honest and personal look at being who you are.

George adds, “If you go out there, driving through the hills in a pickup as the cows are fed, or helping with the rituals of roundup and branding, this film strives to capture what one feels. It is the experience of the ranch. Many who visit come back. They crave the realness and the rightness of this place and the Sandhills people in general.”

A spokesperson with the Crow-Luther Cultural Events Center, the non-profit who runs the Plains Theater, said, “We are so excited to be able to offer this amazing film that although is filmed in Nebraska will depict the beautiful life we have in Eastern Colorado, as well. It is hard to imagine that the scenes we are seeing now in Nebraska with the terrible flooding situation are the same tough, strong people who are highlighted in this visual gem of a documentary. We certainly want everyone to take the opportunity to see this film and celebrate a life well lived.”