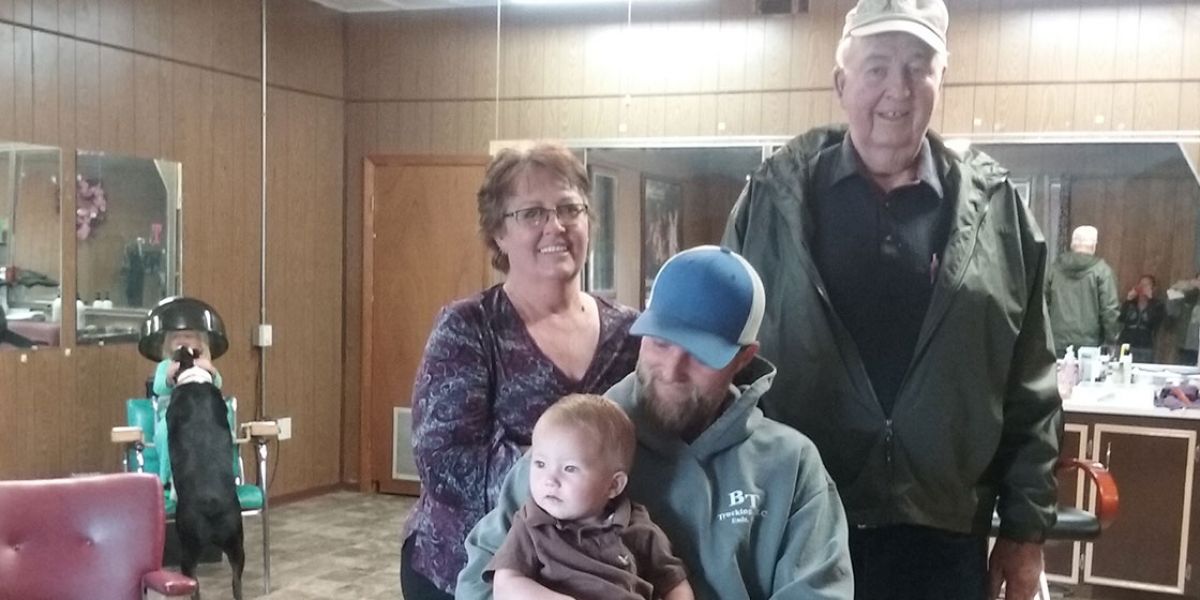 Long Time Gone and Lorrie Lynn, Back Where She Belongs

There is a genuine generational feel to this part of the state. People are farming and ranching on land their grandparents homesteaded, which they, in turn, plan to leave to their sons and daughters when they pass on. A house, once purchased, tends to stay in a family for the purpose of being deeded to some unknown relative in the future, even if it means the house stands vacant (or, more likely, packed with old farm equipment) for a generation or two before then. 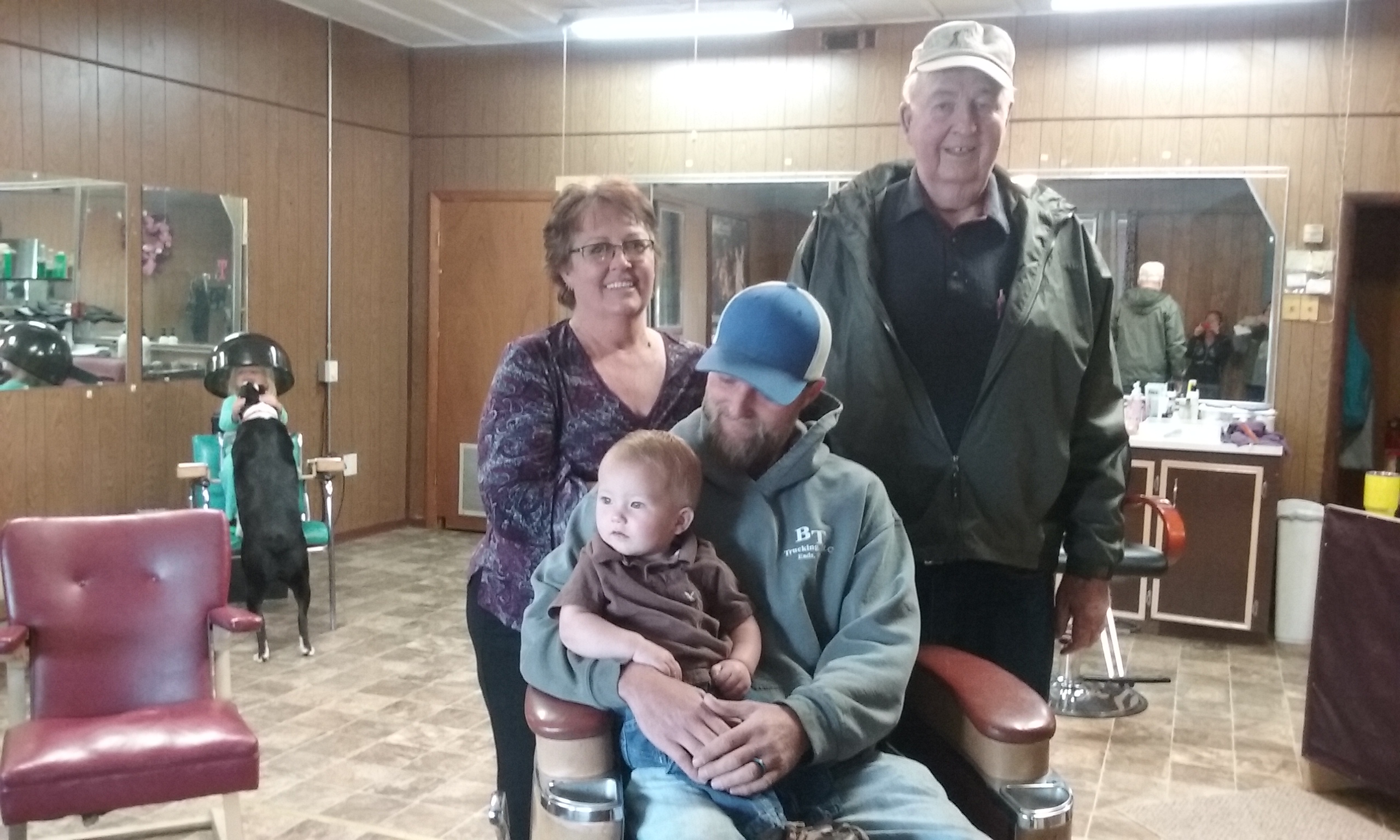 The same principle does not necessarily apply to the businesses on Maine Street. One building has been everything from a theater/roller skating rink (very original concept) to a dentist’s office to a computer store to what it is today, a shabby chic espresso shop with a fitness center in the back. Each business different from the other; each one successful in its own time.

There are, however, the exceptions to the rule. Just like there are some women (and men) who need to try out a few different spouses before finding the one that’s a good fit, some buildings have to house several different businesses before one finally opens up and it’s…bingo. Case closed. Problem solved. This is the right business for there.

It could be said that one such business was Larry Watt’s barber shop located next to the post office on Maine Street. Yes, it was a cute flower shop and a number of different great businesses, but once Larry had a client sit down for a “shave and a haircut two bits”, it was a done deal. From that point on, even with the gaps in between, the building was a barber shop (or hair stylist salon, depending on your perspective) and it looks like it’s going to stay that way.

“I had no intention of ever cutting hair, ever,” says Lorrie Lynn Watts, daughter to Larry and owner and operator of Headquarters on Maine Street. “When I was little, my sisters and I would come down and clean up for my dad, but that was it. The thought never crossed my mind.” But when you’re a single mom with three kids who need to eat, and you want to raise them in a small town, well…” She shrugs and rinses the shampoo out of a woman’s hair she’s been washing in the sink. The woman looks more than slightly relaxed. “Once I started doing it,” Lorrie Lynn continues, “I loved it. I love cutting hair.”

Far from being a salon that looks like it’s just one mirror ball short of being a disco, Headquarters is laid back, low key and welcoming, much like Lorrie Lynn herself. And being a barber/stylist is, likewise, the perfect profession for her, although it wasn’t exactly a straight shot to get there.

“I started trying to do this back in the 90s,” she says. “I first went to school in Las Cruces but my husband’s family business kind of got in the way, and I didn’t finish. Then I moved to Washington and didn’t finish there, either. I finally brought the kids back to Eads and finished in Lamar. And I have to say that that is a better beauty school than I attended anywhere else. Their program is fantastic.” 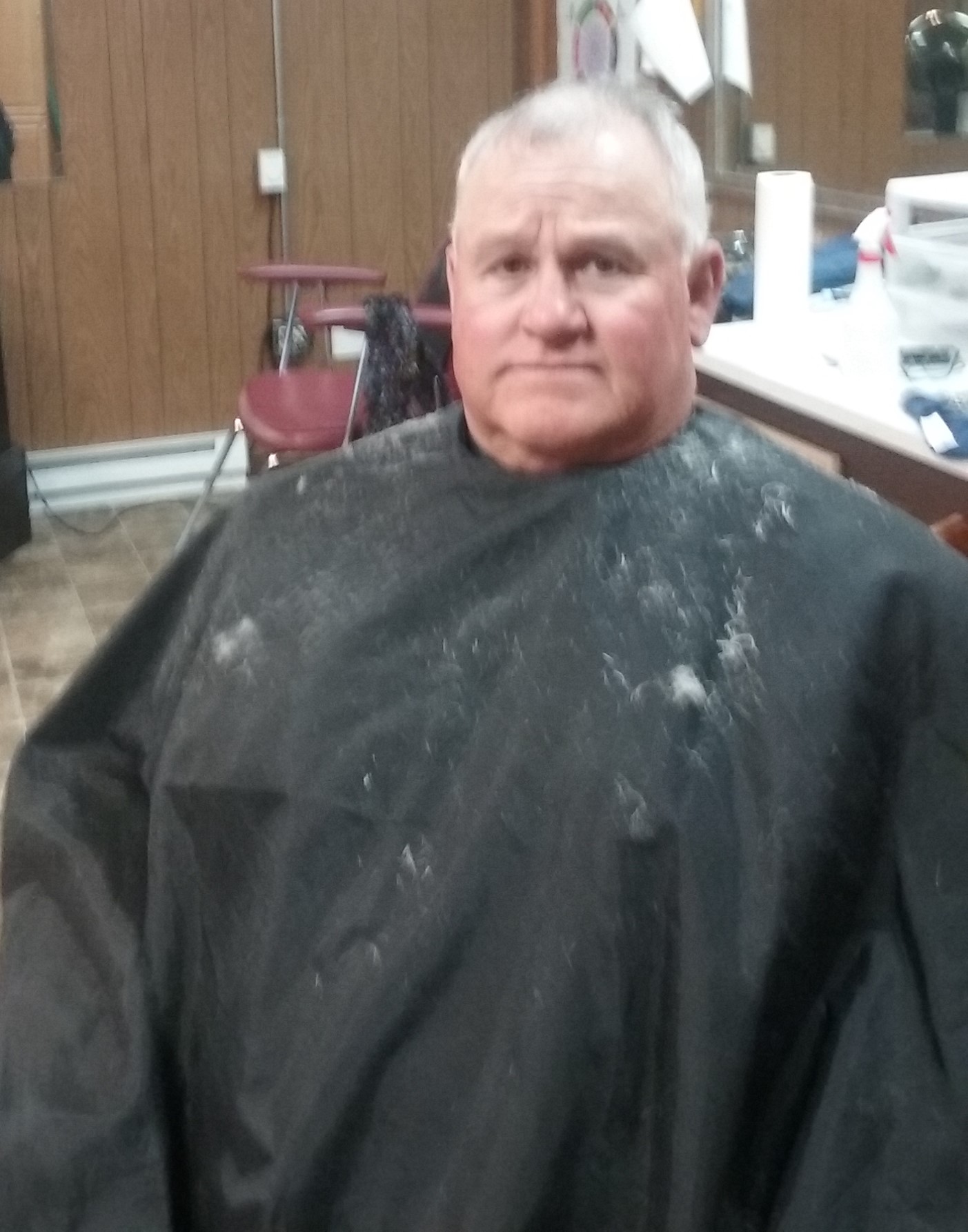 After a few more moves and a few more jobs in a few different states, Lorrie Lynn came back to Eads where she planned to settle down. And she did. By this time, the barber shop had been sitting empty for some time, and Lorrie Lynn had plans to follow in her father’s footsteps. She was talked out of it by her longtime friend, Sharon Koch, who had a really busy shop down the street. “Sharon had more business then she could handle,” Lorrie Lynn says, “so she convinced me that I could support the kids on what I would make just doing her overflow. And so I did, and it worked out really well for a long time.”

But Lorrie Lynn still had a hankering to be her own boss in her own place, and, in 2003, she did that, too. Thanks to a small business loan she got through KCEDF, she made some improvements to the property that really spruced up the place—like the awning, for example—she got ready to make it official. It was the Friday after Thanksgiving, and she was set to open her door for business.

That’s when her father (and probably best friend) stepped in with a little fatherly barber assistance. “He always told me I could do whatever I set my mind to do,” Lorrie Lynn says, “and this was no different. I’d told him I wanted to open my own shop and he encouraged me all the way.” She stops for a moment and smiles at a memory. “The day I was ready to open,” she continues, “he asked me if I was ready. I was like, yup, Dad, I’m ready. I’m ready to go. And he said, ‘Okay, so…do you have a pen?’ Well, no, I didn’t. I had an appointment book but no pen. So, of course, he pulled a favorite pen out of his pocket and gave it to me. Then he asked me, ‘Do you have a clock?’ Well, no, I didn’t have a clock. I didn’t even think about needing a clock. But, of course, Dad just happened” she says with air quotes “to have one in the truck. So, I had a clock. And then he said, ‘And do you have your bank?’” Even in the retelling, Lorrie Lynn rolls her eyes in frustration with herself. “No, of course I didn’t have a bank, and it was the Friday after Thanksgiving, so I couldn’t even go down to the bank. But, you know my dad, he had that covered, too, and he gave me the money I needed for a bank.”

Suffice it to say, Lorrie Lynn (with no small amount of support and encouragement from her father) officially opened her door (a new door, by the way) on that day, just like she planned (so to speak). Her first customer was Lane Gooden.

For the next eleven years, Lorrie Lynn carried on with the family tradition—although she’s not sure that’s the best way to describe it. In 2014, a number of health factors combined to such a degree that she couldn’t continue working as a barber, and she quit. “The pain in my hands was just too much.”

And now, five years later and in much better shape (thanks to the wonderful health care providers at Eads Medical Clinic), she’s back where she belongs doing what she loves best. Her first customer this time around was Milton Watts. (Evidence that Lorrie Lynn clearly has the same gift with people that her father has; there is no other explanation for Milton being willing to have his photo taken while draped in a, well, drape, even if she is his cousin.)

Headquarters is officially open Monday through Thursday from 10am until “whenever I need to be here” and on Fridays from 10am to noon. “But if people need me to come in at a different time—like after hours--all they have to do is call.” Lorrie Lynn can be reached at 931-2878.