Written by Priscilla Waggoner on 13 December 2019. Posted in Lifestyles

One of the loveliest traditions during the Christmas season in Kiowa County is the annual Christmas cantata performed at Eads United Methodist Church. Originally started nearly 70 years ago by a remarkable woman named Philomene Trotter Liesen, singers from different churches and parts of the county have gathered together each year to perform a choral arrangement with solos, duets and recitatives all honoring the significance of Christmas. And so it was last Sunday evening when a choir gathered together in the sanctuary and, with the air full of red and golden light, joined voices in singing the music of the season.

Things have changed in the last seven decades. The size of the choir is smaller than it used to be; both the town and the county have seen new people come while others move on or pass away. But the heart of the cantata, as it resides in the very reason for the celebration itself, continues on as strong as ever. And one can’t help but feel that, when those voices of the choir first lifted in song and filled the church with harmony, there were echoes reminiscent of the memorable woman who touched so many lives in so many ways.

And so, this week, we revisit the life of Philomene, a woman who was as passionate about teaching and music as she was about her faith, all of which she shared so freely for the years she was a part of this small town on the High Plains.

THE REMARKABLE PHILOMENE
By Priscilla Waggoner 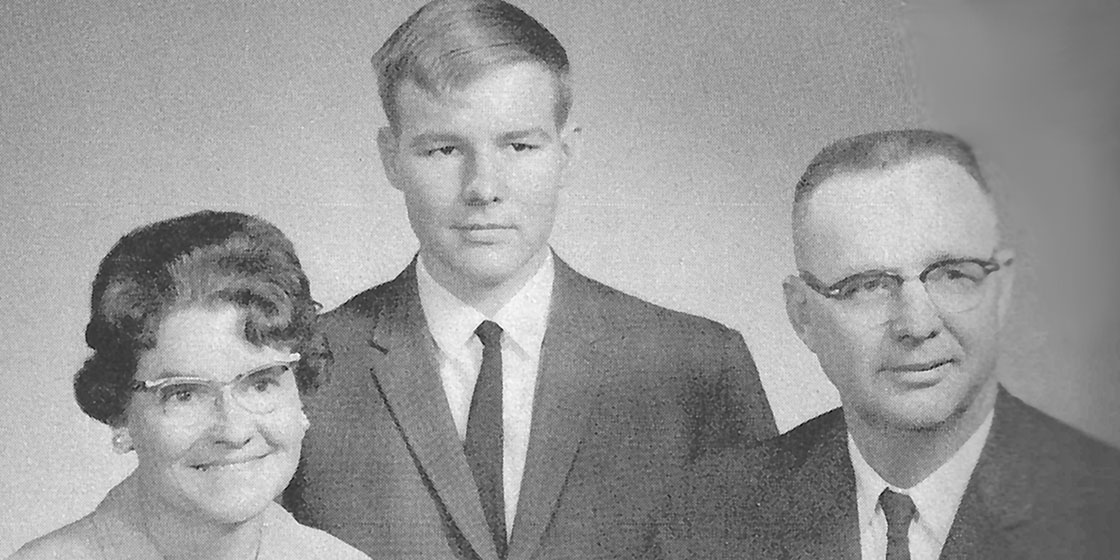 A woman in her mid to late 50s describes an afternoon years ago when she was in Philomene Liesen’s music class. The memory must still be fresh; she blushes a bit as she describes the incident. “We were working on a difficult part of a song,” she says, “and I wasn’t paying attention. All of a sudden, Philomene slams her hand down on the piano, yells out my name and tells me to come stand in front of the class. I have an awful voice. I know it. She knew it, too. But she still made me sing in front of everyone by myself. It was terribly embarrassing.” Her laughter still carries a touch of the sting. “You know, when I tell people that story, they always say the same thing. ‘Boy, I bet you didn’t like her after that,’ they say. And I always say the same thing back. I loved Philomene. Sure, I didn’t like her much that day, but I sure as heck paid attention from that point on. And one day, when she saw me working and trying as hard as I could, she kept me after class to tell me she appreciated my effort. That did more for my self-confidence than almost anything else I can think of.”

Such was the woman Philomene Trotter Liesen.

Philomene was born and raised in ranching country on the family homestead northeast of Sugar City in Crowley County. By her own description, she worked the ranch and rode horses every day from the time she was five years old, as did pretty much everyone else she knew. Upon graduating from high school, Philomene went to Stanford University in California where she majored in English; upon graduating from Stanford, she returned to the area she’d always known, taking a job in Eads.

She was originally hired to teach English, but it was the 1940s. The entire world was at war, and teachers were in scarce supply. It should have come as no surprise when Mr. Gulley, Eads Superintendent, came to her room and asked her if she would switch from teaching English to music. “Music!” she wrote. “My dream! I loved it—but to be a music or band teacher, one should be a man or a genius, I thought.”

Despite her surprising concerns about being a woman, Philomene took the job, and for the next half century, it’s probably a fair assessment to say that day to day life in Kiowa County and the surrounding area would never be the same. Those who knew her describe her as if she was in a class all her own, and it seems, in a way, she was determined to bring a certain quality to the lives of those she knew.

Every spring, she bought a “stunning new suit” with matching hat, purse and bags. She used to have parties at her house, events similar to high teas where a certain kind of attire was required. Yet, she was the first woman people remember wearing pants to movies or shopping in town. She was very “particular” about the way students pronounced words—whether they were singing or speaking—and she demanded students speak without error. All of those memories belonged to Philomene; all those and more.

Teaching music was the thing that fit Philomene like a well tailored suit, and she wasted no time informing students that she took music seriously, so they best do the same. A tiny woman with a fastidious appearance and perpetually dark, perfectly waved hair, she immediately dispensed with that age old symbol of the orchestra conductor—the conducting baton—replacing it with a long metal knitting needle to conduct with, instead. And the reason? They made more noise when she hit the stand to get their attention. And, if a student was not paying attention or, worse, misbehaving, she’d throw said knitting needle in his direction, a technique she rarely had to use twice.

From the beginning, Philomene devoted the entirety of herself to teaching her students, and there was great depth to her devotion. A common practice: stopping in the middle of music class and talking to students about life. “She taught us to take pride in who we were and to have pride in our personal hygiene and character and behavior,” one student remembers. “‘Get your education,’ she would tell us. ‘Be loyal, serve your community.’ She would tell us things like that.”

Another former student puts it differently. “She was very strict and very hard to please,” she says. “But if you got it right, it was really worth it.”

The energy and effort Philomene put into teaching music to students was returned to her tenfold in the students’ performance. During her first three years as music teacher, the bands were small. But beginning in 1948, there were seventy to eighty students in band, and they won eight consecutive superior (first) ratings. Bands under her direction became known statewide.

In 1946, Philomene’s personal life went in an entirely new direction. As a favor, she took a friend’s place and went to the Legion Hall where she played the piano for the semi-weekly dances that were held. At the start, she was hesitant—she’d never played at a dance before—but after following the saxophonist for a few songs, Philomene took off on her own. “Who knew playing jazz could be such fun?” she wrote. The saxophonist was a man named Tommy LIesen. He and Philomene married later that year. A few years after that, Philomene gave birth to her son, Gary.

Even in the sea of things for which she’s remembered, one thing stands out above the others.

Philomene did not just love teaching. She loved music and was a very skilled arranger, pianist and organist. She was also a spiritual woman, devoutly religious for most of her life. So, more than 65 years ago, Philomene began the tradition of performing a cantata at Christmas, and, in so doing, created the perfect place where all of her passions could reside at one time.

Singers felt it. During the years Philomene conducted the cantata, there would be as many as a hundred—sometimes more—voices in her choir, coming from towns all over the region just for the chance to be conducted by her. Philomene also forbid using a tape for accompaniment in those days. So, Charlotte Woelk played the piano, and Love Liebl played the organ.

Audience members felt it, too. The church where it was performed would be filled to capacity each time the chorus sang.

Philomene retired from teaching years ago, and, in 2006, succumbed to cancer. As so often happens on these high plains, parts of her legacy began to fade as time and circumstances changed. Music is no longer taught in school; there are no bands or public performances or state competitions. No one can remember the last time someone in town had a “high tea” or anything remotely similar to such an event. Only one of her creations remains, but it’s still going steady and strong. The Christmas Cantata, held at the United Methodist Church.

Beyond that, Philomene is alive only in the memories of those who knew her. And as so frequently happens, those memories are frozen in time. People who are older now than Philomene was at the time they knew her still speak of her half in fear, half in awe, as if she might step through the door at any moment and scold them for the way they’re standing or how they just expressed themselves.

And therein lies one of the most fascinating aspects of who Philomene was and who she continues to be, despite the fact that she’s gone. When people speak of this petite powerhouse of a woman who was very spiritual, very talented and driven by etiquette yet unconventional in her methods and habits, they speak of her as if she must have come from somewhere else, as if only some distant, urbanized, metropolitan place could produce a woman so sure of herself, so sure of her talent, so sure of what she expected from her students and just how far she could go in pushing those students to discover their capabilities themselves. Yet, from birth, she was one of them, raised on the same soil, seeing the same sights.

Perhaps the true beauty in all that Philomene gave to this area and its people resides not just in what she did for them but in what she saw in them and ultimately taught them to see in themselves. To her, people of this area must have glistened like diamonds in the snow, and her real, her abiding, her on-going and final gift to them was teaching them just how truly precious they are.