Written by Betsy Barnett on 27 May 2020. Posted in Lifestyles

Over the weekend two more area schools held their graduation ceremonies, each in their own unique way, in order to keep their students, staff and community safe from the possibility of contracting the Coronavirus. Both schools, Granada and Cheyenne Wells, took the planning of these graduation ceremonies quite seriously as school administration met with parents of the senior students and then decided on the best course of action that fit best for their own communities. 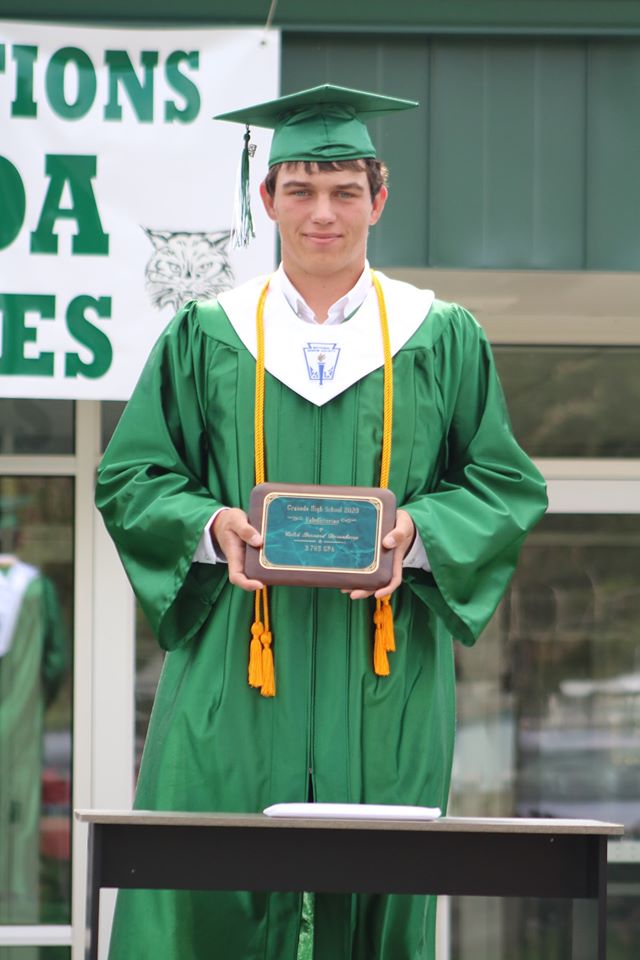 In Granada, the speeches from students and scholarship awards were presented on a pre-recorded message given from within the school with just the person speaking and the person filming present in the room. The students were then presented one by one in front of the school building to receive their diplomas while well-wishers stayed in their cars parked in front of the school. After the ceremony the students were honored with a parade through the town.

Chloe Griego gave the Salutatorian Address at Granada. She has been an honor student for four years as well as a three-sport athlete all four years. In Griego’s speech, she stated, “I know I can speak for most seniors across the nation that our hearts have been broken and dreams crushed when our senior year ended over spring break. Even me giving this speech today by myself in an empty room with everyone watching on their phone or a computer is not the way we thought we’d be seeing it. One thing I have learned from this that no matter what, life will go downhill, but we must walk back up.”

Granada Valedictorian Caleb Dorenkamp has taken a number of Concurrent College Courses from Lamar Community College, while also participating in football and basketball, even serving as captain of his team. Dorenkamp emphasized the achievement he and his classmates have made on graduation day by saying, “I am proud to say by being here today I have reached a life achievement as I have had my mind set on this day for the last 13 years. Myself and my classmates have persevered together to achieve one goal that we all have in common---to be awarded a diploma that signifies this chapter in our life has been completed.” He said he will move forward with three things in mind, “There are three things in life that makes it easier. They are faith in God, money in the bank, and keeping mom in a happy mood. But really you have to stand on your own two feet.”

The seniors at Cheyenne Wells graduated on the football field marching in to Pomp and Circumstance playing on the venue’s loud speaker. Each student walked around the field while the crowd was socially distanced away from them. They marched single file into the bleachers and set in front of individual banners with their names painted on. The school board representatives sat at one long table situated in front of the stadium seating. They sat socially distanced with masks donned. School principal Mike Miller operated the program from the crow’s nest at the top of the stadium. Speeches were given from a mic located at the top of the stadium, as well. This was a unique ceremony vexed by the strong wind blowing caps around and distorting the sound quality. But the students and staff persevered and the overall presentation was memorable as well as special.

In the opening prayer Kyle Nelson prayed, “Please bless and guide the class of 2020 as we chart our new beginnings. Our senior year may have been cut short, but we know there is no reason to dwell. Everything happens for a reason. Allow us to accept these circumstances and to grow within ourselves as we learned lessons we never would have otherwise. Let this whole experience give us even greater strength of knowledge.”

CW class Salutatorian Jaden Sherfick said, “Today’s unusual ceremony may not be what we had imagined it would be, but at least it still got to happen, unlike other schools where the seniors of 2020 didn’t even get a chance to have a ceremony.”

Valedictorian Taylor Spangle welcomed the traditional guests and added “live viewers” to the list. She then honored the military first and foremost by asking for all present to bow their head in a moment of silence. In her speech, Spangle stated, “I don’t think any of us could have imagined how this graduation ended up. Or that the day before spring break would be the last day for us to be together, or that the senior trip would be cancelled. It truly felt like it could not be real, but it is, and here we are. Instead of dwelling on missing the last part of our senior year I want to focus on the rest of the time we had together in school.”

It is evident that although the virus has created a new normal in some areas of life, one thing that was true before the virus and remains so very true today is that the human spirit is strong and flexible and when given the opportunity will roll with the punches and persevere creating perhaps some new traditions that will stay with the community from this time forward. The Independent joins family and friends of the Cheyenne Wells and Granada Classes of 2020 in their rare accomplishments. 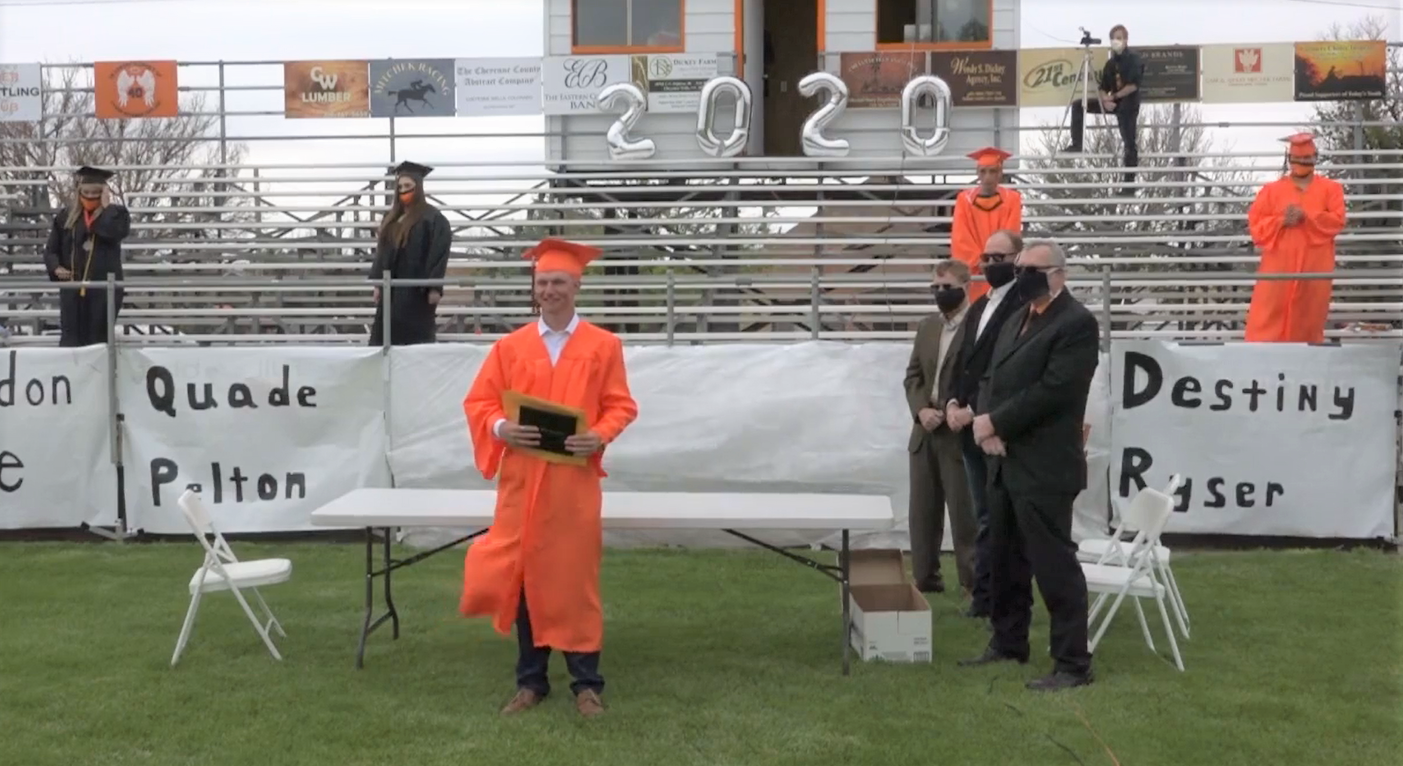