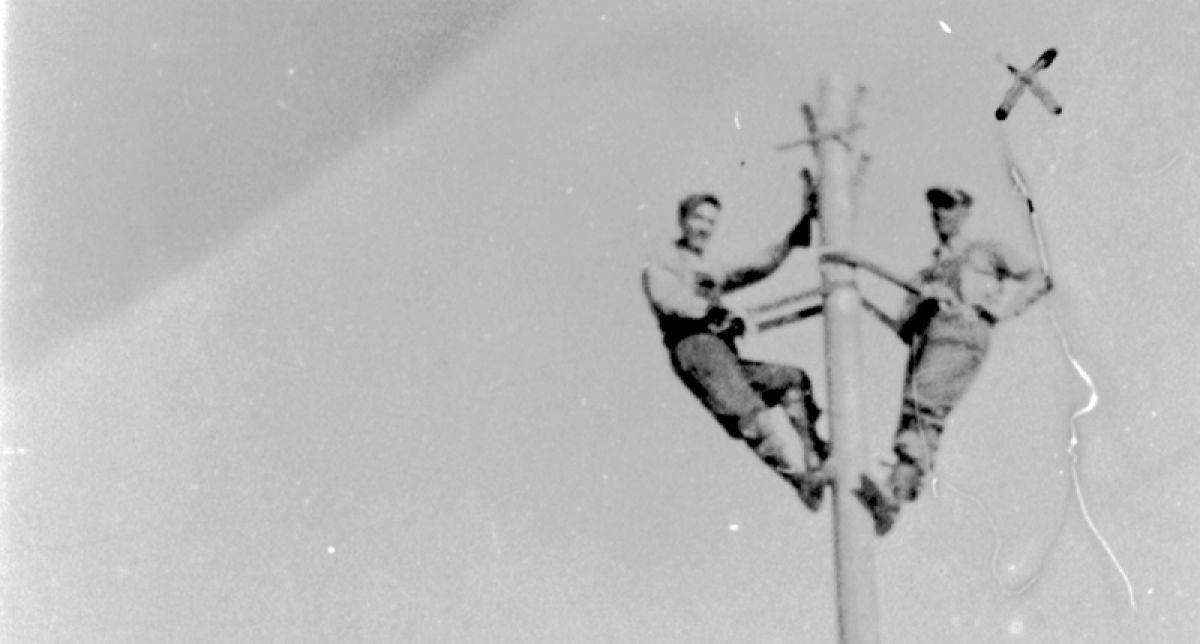 When I was around 8 years old, I watched the first man walk on the moon.  Laying on the living room floor in front of our black and white console television, I knew what I was witnessing was an amazing event, and I don’t think I ever looked at the moon in the same way again.  But, aside from the awe I felt at seeing what human beings were capable of doing and all that capacity implied, life – at least, my life – went on relatively unchanged.  I remember the first time I logged on to a computer. It was intriguing and confusing and truly unlike anything I had ever done, and it would only dawn on me slowly just how much it would eventually change the way daily life would be lived by millions of people.  I don’t remember the first time I heard about cell phones.  It seems like they weren’t even around and then were suddenly everywhere being used by everyone as they obviously became a huge, accepted part of life for people around the world. All of those events, those creations, signaled massive change in the world as we know it.

They say the only thing constant in life is change, and, the older I get, the more I grasp the truth in that old saying.

But there are some events that are so profound in their impact that they belong in a class all their own.  And one of those events took place one hundred years ago – actually, one hundred years and twenty days ago, to be exact – in the small town of Eads on the High Plains of Colorado.

On October 8, 1920, electricity came to the town of Eads, and it came in the form of light.

Earlier in the year, the Eads town council had taken the truly brave, extraordinary step of committing to both a water system and electricity plant, paid for by a $50,000 bond. Given the conservative, if not downright frugal, nature I’ve noticed in most of the longtime residents of Kiowa County, it’s stunning to think of just how visionary this bold step was to take.

Granted, history tells us that this was still a time of prosperity in rural Colorado.  The “war to end all wars” had come to an end.  The Spanish flu that took the lives of millions around the world, including no small number of deaths in southeastern Colorado, was finally subsiding.  And prices for crops had yet to drop, as they would in the next few years.

But at that time, in 1920, there was a tangible feeling of hope and optimism and endless possibilities, both in the air and on the pages of the local newspapers in the area, and light coming to Eads seemed to encapsulate it all.

In the months leading up to the big night, notices are scattered throughout the Brandon Bell, the Haswell Herald, the Kiowa County Press and Westland about which residents in Eads were getting their houses wired for electricity.  Mr. Stanley Roberts.  Ithal Jenkins. Mrs. Lizzie Wolever.  Those were just a few of the names, and their decisions were announced and held with the same local regard as the architect, W.W. Stickney of Pueblo, coming to town to work on the new church building or the Women’s Missionary holding an interesting presentation on efforts to help the poor in China or “young people are enjoying playing tennis in the early morning on the courts northwest of town” or the group of people who went to Chatauqua in Ordway.  Even before that fateful switch was thrown, electricity was already, in many ways, becoming mainstream.

But as the big day approached, the tenor of the notices changed.  “Electric light poles on Main Street are being painted green and with the ornamental brackets for lights, they are sure to make a good appearance.”  It was big news when the “representative for Fairbanks Morse was in town and certifies the plant is in good shape and capable of carrying a full load.”   As it turned out, “Superintendent Smith will run the plant, at present, but a professional engineer is expected to come very shortly to run the plant on a permanent basis.” There was even a noticeable increase in notices of electricity coming to large cities around the world, such as London hoping to get “artificial moonlight” within the next year with just the subtlest mention at the end of the article that Eads’ own electrification was only a month or two away.

Finally, the big day – or night, as the case may be – finally arrived when both those who had electricity and those did not saw the nighttime landscape of their surroundings and, in some ways, their lives immediately changed.

The article that appeared in the Kiowa County Press says it all in, of course, the most understated way possible.  “The large number of lights on Main Street makes the business section as light as day with sufficient lights in the residence district to properly light that part of the city.  One peculiarity  - Main Street looks much longer than it really is.  The machinery runs perfectly, and tests show it can carry a full load.”  And then, almost as an afterthought, the article reads, “People from the surrounding country for miles around can see the lights at night. The lights make Eads look like a real city, which is what Eads aims to be.”

In the months that followed, the phenomenon of electricity worked its way into any number of articles.  An entirely new industry came to town as “electric poles” and “electric wire” was advertised at any number of stores; houses put up for sale listed electricity as one of the most important amenities.  The farmer whose barn burned down when a lantern fell over was admonished for not investing the $300 or $400 to wire both the barn and the house with electricity.  Popular Science advertised a light bulb “so small that it can provide light for a full year and costs only one cent.”  And the idea was floated that the lights should all be dimmed at precisely eight o’clock at night so that everyone who could see the lights could then set their clocks and watches and be “on the same time for once.”

Even local wildlife got in on the act, as was described in August, 1921.  “The most famous toad in Kiowa County is the little amphibian that chooses to make the Hein’s garage his home. He has become quite tame and, to the delight of all young and old, comes forth every night to appease his appetite on bugs and insects drawn to the light that comes from the electric bulb.”

It would be another four years before light came to Haswell, and the pressure to make it happen is found between the lines.  “Is Haswell Growing Or Standing Still” was devoted to listing all the improvements Haswell had made over the years, including the addition of eleven houses in three years (“and most of them are new”), the opening of a new business, the water system that was installed and the concrete sidewalks and crossings laid.  And then, as a post script, yes, electricity was coming sometime in the very near future.

That “sometime” would arrive in the summer of 1924 when the prosperous owner of a local automotive store took matters in his own hands and put up electric poles that were tall enough to light up much of the Haswell business district.  In a telling note that not all was well on the High Plains, the writer of the Haswell Herald also mentions seeing a cross burning that same night at the far end of the main street in town.

Those who grew up on these High Plains are very familiar with something that, for those of us who are transplants, is strikingly apparent.  When the sun sets and night falls on the High Plains, sometimes the moon is so bright and the stars so plentiful that the landscape is still visible, even if it’s only in a somewhat hazy vision of soft shadows rising and falling.  But on those nights when there is no moon or the stars are obscured by clouds, the darkness can be so deep and so pervasive that it can bring a person up short because, literally, you cannot see the hand in front of your face.  It can be disorienting, maybe even a little alarming, as the vulnerability of being just one person in the midst of a vast and powerful landscape becomes very, very real.

There is no shortage of accounts of how early homesteaders were often struck by the immense darkness and, in some cases, the loneliness that would soon follow.  And so, how extraordinary it must have been to step out on the porch on the darkest of nights and see a cluster of lights twinkling in the distance.  How reassuring, how comforting, how affirming it must have been to simply look out the window and know that, no, people were not truly alone.

Although many enterprising souls took it into their own hands to bring electricity to their farms and ranches on their own, electricity did not officially come to those living in the country for another two decades, if not longer.  And when it finally did, it allowed all to enjoy the luxury of life after dark, whether it meant to stay up longer to read or do book work or, with the children, homework for the next day or whatever the lack of ambient light had prevented before.

As has sadly become almost commonplace with human beings, the gift of electricity is no longer viewed with any more thought than it takes to flip a switch on the wall.   But there was a time when that was not so, when even the simplest of things, like visiting friends or having a meeting to learn about poor people on the other side of the world or watching a toad in the Hein’s garage catch bugs drawn to the light was worthy of mention as was what Main Street looked like under the lights at night.

Change may, indeed, be constant, but not all change is the same.  Perhaps we would all have a better understanding of what this life means if we stop every now and then, just for a moment or two, to appreciate and pay homage to what was with the equal attention we pay to what is.