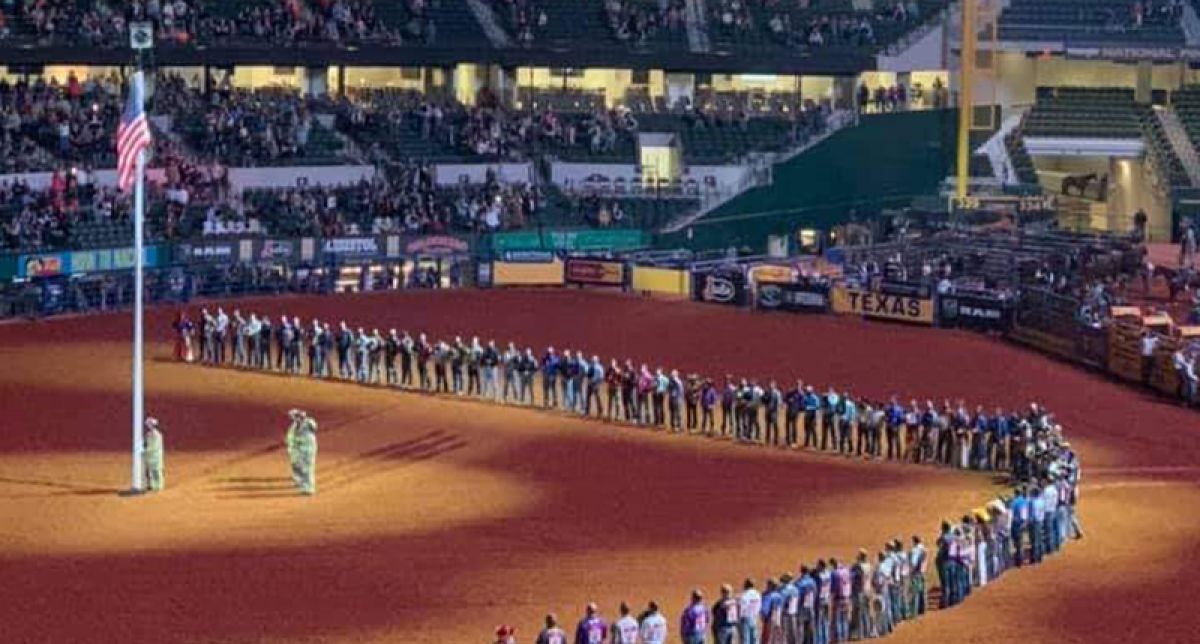 VIEWPOINT OF THE NATIONAL RODEO FINALS

The Wrangler National Finals Rodeo winners are in the books and the world champions have been crowned.   Here are some thoughts on the greatest show in rodeo along with my comments and astonishments.  It is not always about who is the world champion, but that everyone there has a story, a journey, and has made great sacrifices to be the best that the cowboy culture has to offer.

With the move to Globe Life Field in Arlington, Texas things were a little different than the Thomas and Mack in Las Vegas, but each night of competition was nothing short of amazing.  Even the opening ceremonies were lump-in-the-throat touching and were actually broadcast on television.  It seemed like it was not so rushed to satisfy the previous network that acted like they were doing the rodeo people a favor of a 2-hour time slot.  The Cowboy Channel allowed for opening ceremonies, interviews, all competitors being shown, a rake during the barrel race, and the buckle presentation after the rodeo.  The finals were broadcast at a time that was convenient for the working class rodeo fan to stay up and enjoy it in its entirety.

The biggest shock came the first night when it was apparent that tie-down roper, Caleb Smidt, and barrel racer, Dona Kay Rule, were ruled ineligible to compete due to a positive COVID-19 test.  Smidt was the two-time world champion and NFR average winner and was coming in at the #8 slot and had to watch from home.  His replacement was #16 Cory Solomon who ended 5th in the world and $100,000 richer due to money he won over the week.  Then there was the heartbreak story of 61 year-old Rule, riding the 2019 horse of the year, “High Valor,” and was sitting 3rd in the standings with a great chance of taking the title.  Reports say that she feels fine and yet, they wouldn’t let her compete.  All of the contestants had been told to wear masks at all times, except when in the arena competing, or they risked disqualification.

On a positive note, the true cowboy persona rose to the top.  Ryan Jarrett, after spanking his horse with an over-and-under, reversed his swing like a trick roper and roped his calf.  Hunter Herrin, after having three hip surgeries after the last several years, rose up to win round 5 and 7 in the tie-down roping and placed second in  rounds 3, 6, 8, and 10.  Garden City Community College alumni, Emily Miller Beisel (pictured) struggled to place in rounds one through five, she made some adjustments, and her and “Chongo” won rounds 6 and 7 and placed in 8 and 9.  Wednesday night, Stetson Wright won the round in the saddle bronc riding and bull riding.  Bull rider, Dustin Boquet, was offered a reride when the bull was flanked too tight and fell down. With only three qualified rides and six monies being paid, he opted to take the reride.  Thinking he had made a huge mistake, I watched him get on bull #2, and he was again offered a reride after he was fouled by the bull and took bull #3 and won the round.  He came to the winner’s podium still out of breath, yet so excited.  After six rounds of no celebration, Clayton Haas won the seventh round of the steer wrestling on his birthday ($26,000 present).   The barrel racing gals were so thankful for the addition of a tractor rake around the barrels, and the barrel racing competition was sure exciting.  To keep the ground and footing as fair as possible, this first-ever “rake” was monumental.  Hailey Kinsel set a new arena record on a standard pattern with 16.56 seconds on her amazing horse, “Sister.” The true grit and toughness of cowboys was displayed in the rough stock events.  Many of these men were hurt with sprains, strains, breaks, and unbelievable soreness.  Yet, they cowboyed up every night.  The Colorado bull riders, Ty Wallace and Colten Fritzlan, had been on fire.  One round, they were the only two to ride out of the 15 contestants.  Fritzlan ended up 1st in the average and won Rookie of the Year. I am sure there are many other back stories that I have not mentioned.

The Finals was a grueling ten-round competition and much was on the line every night.  It was just incredible to watch the horse power and rodeo athletes bring it every night and prove why they are the best in the world.  Here is the list of World Champions:  Bareback-Kaycee Feild, Steer Wrestling-Jacob Edler, Team Roping-Colby Lovell and Paul Eaves, Saddle Bronc-Ryder Wright, Tie-Down Roping-Shad Mayfield, Barrel Racing-Hailey Kinsel, Bull Riding-Stetson, and All Around Cowboy-Stetson Wright.  After watching all ten rounds this I know, the cowboy culture restores hope in humanity.