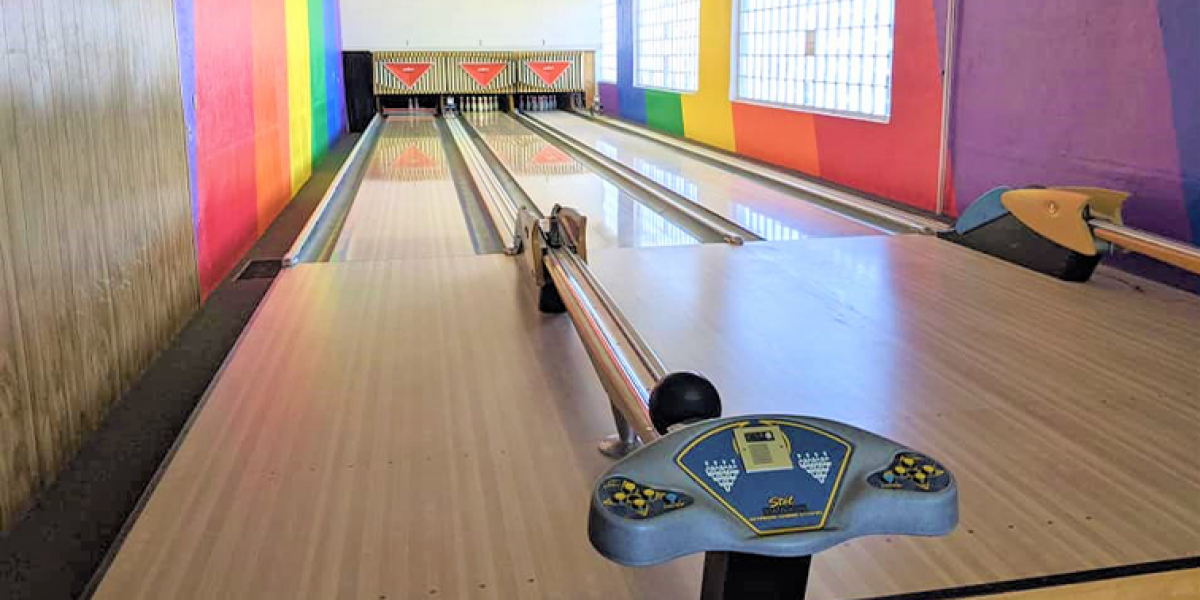 KA HALL BOWLING ALLEY IS THE 1,633rd VISITED BY MAN ON A MISSION

Cover: The three lanes at the KA Hall in Sheridan Lake.

Tucked away in the old school building in Sheridan Lake that is now known as the Kiowa Albright Hall is a hidden gem that many may not know about, or perhaps a place that many may have just forgotten about.  After the closure of the school in 1962, when the school administrators agreed to consolidate schools with Towner to create a new school district (Kiowa County School District RE-2) now known as Plainview, the school was leased as the town’s United States Post Office.

Members of the local community organized the nonprofit Kiowa Albright Memorial Center to convert the building for recreational and historical activities. The name recognized Kiowa Albright, who was the first white child born in Kiowa County, on August 4, 1889.

Among other things like a pool table, a kitchen, and meeting space for gatherings the Kiowa Albright Hall may no longer be a school building, but it is being used to keep the community of Sheridan Lake connected.

Over the years various construction has been completed to accommodate the building for the many uses that it currently has, but perhaps the most interesting and noteworthy of those is that in 1975 an elevated addition on the east side of the building allowed for the creation of a 3-lane bowling alley to be installed inside the building.

Gerold Deines and his wife Zelpha work to maintain and run the bowling lanes within the Kiowa Albright Hall or KA Hall as it is known to the locals.  On the night of Saturday, March 20th around 10 PM Gerold received a phone call from a gentleman by the name of Skip Bierman who was bowling in Syracuse, Kansas and got his number from the owner there.

Skip wanted to know if Gerold would open the lanes for him the next morning.  Gerold was intrigued as to why someone who was going to be driving to Burlington, Colorado for the night from Syracuse,  Kansas would then drive all the way back to Sheridan Lake just to bowl at their three-lane bowling alley the next morning, so he said, “Sure.” 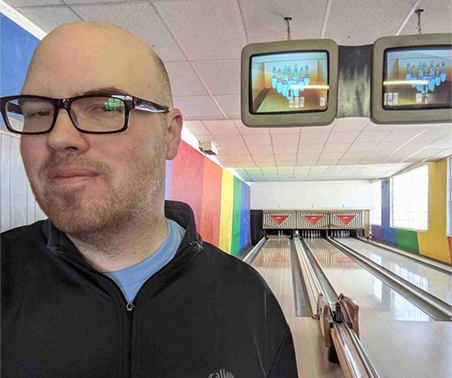 Skip Bierman graduated high school in 2001 from Omaha, Nebraska.  He was on his high school Bowling Team and after one of his tournaments he wondered how many bowling alleys were in Nebraska, so he and a friend decided to find out by setting a goal to bowl at them all.  When they accomplished that goal, he then set another goal, to bowl at every bowling alley in America.

When Skip and his friends arrive at the KA Hall in Sheridan Lake the next morning, they were pleased to find that Gerold had indeed met them, and that this tiny town did have a bowling alley.  His personal Facebook page reflects a post stating “#1633....Jackpot!!!! 165 as lanes haven't been oiled since covid started.” #1633 indicates that the KA Hall was the 1,633rd bowling alley he had visited.

Speaking to Skip about his travels he said that bowling is not his only venture, he also plans to watch a football game in every Division I College football stadium.  This year alone he has 22 football games scheduled and plans to schedule his bowling around games as now that he has visited so many bowling alleys it takes a lot more planning to maximize his time.  Skip spends roughly a month out of the year traveling for his bowling, and he never gets tired of it.  His average is 220.

When COVID hit and closed bowling alleys around the country including the one that Skip works at part time, he built a regulation lane in his back yard and dubbed it “#1500”.

Skip’s stories of bowling made me reminiscent of the stories I have heard from the locals around our community about the tournaments that used to be held at the KA Hall and at the local lanes here in Eads when they were called the Eads Bowling Lanes.  It seems that the bowling leagues and family bowling nights are becoming a thing of the past for most in these parts.  What would it take to bring back a past time that is all but gone? 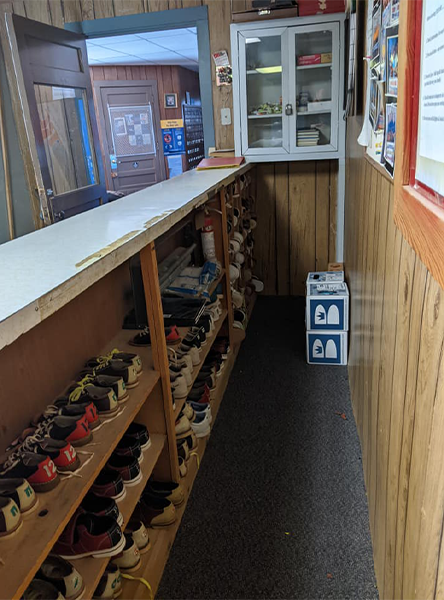 Zelpha Deines has indicated to The Independent that the lanes at the KA Hall have closed due to lack of interest and cost of maintenance, but if anyone would like to use them for an event such as a birthday party or other gathering, they can contact her at 719-729-3536 and there can be arrangements to open them.