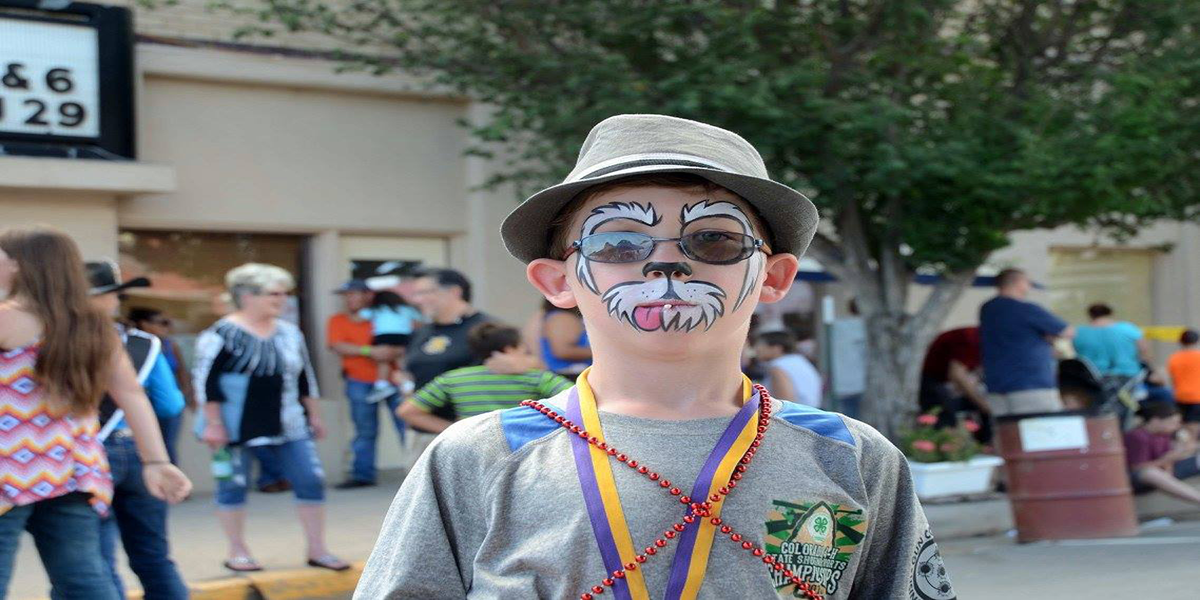 The 14th annual Maine Street Bash is coming to Downtown Eads on the last Saturday in July --- July 31st from 11am to 11pm --- and is gearing up to be bigger and better than ever before as some new aspects of the Bash are being planned.  There is no gate admission and Bash attendees are welcome to come and go in order to enjoy a wonderful summer Saturday in Eads.

The Maine Street Bash was first held in Eads in the summer of 2007 when the newly formed Crow-Luther Cultural Events Center non-profit group was established.  It is the premier fundraising event for the group and has become a well-known summer event across the region.  It’s a time for wheat harvest to be celebrated, entrepreneurs to show off their amazing products, and everyone of every age to sit back on the last Saturday in July and just enjoy themselves.  The Bash is designed for people to have a darn good time.

The organizers hope to bring a large collection of food vendors and entrepreneurs to Maine Street in Eads.  They would love for the Bash-goers to get to know the entrepreneurs who work hard to make a living and, in turn, the entrepreneurs to develop a larger network and customer base.  If you have a service or sell anything in your spare time or as a living, the Bash organizers want to talk to you.  They are also looking for groups who would like to run kids’ games in the KidZone as a fundraiser for their various organizations.  It’s easy to get involved.  Call Betsy Barnett at 719-940-0799 or message Crow-Luther Cultural Events Center on Facebook.  And make sure to look for your invitation for the Bash coming soon on Facebook.  You can also talk to any board member including Mary Vasquez, Terry Riley, Marty Miller, Alicia James, Charlene Gifford, Connie Shotton and Kim Richards.

The KidZone will have some new major attractions as the County will have their blow-up water slides and bouncy houses set up in the middle of the street.  Those activities will be the anchor for the KidZone area that can include a lot of other group-sponsored games and activity stations.  The KidZone will start at 11am and go until 4 or 5pm.

The music and entertainment lineup scheduled for the large CLCEC main stage will be live throughout the day.  First up will an opportunity for kids and adults to get on stage and perform karaoke for $1 per song.  Group karaoke is also welcome.  Just sign up at the stage and prepare to have fun!  Live music including local musicians headed up by Jamie Crockett and friends will begin early in the afternoon.  The popular Classic Country Band out of La Junta will come in around 5 pm and warm up the crowd for Slopeside, a five-piece band out of Denver who has just dropped an album of original music.  They will take the stage around 8:30 pm and will entertain the crowd with not only their original music but also a large collection of soft Rock and Country covers.

This year’s Bash will include the traditional Cornhole Tournaments for various ages including adults starting in the afternoon, the Budweiser Beer Garden, movies in the theater throughout the event, a variety of food, great games, amazing artists, interesting company, and the exciting sounds of summer.

In addition, this year the CLCEC will bring a Classic Car Show back to Eads. The cars will line up and down Maine Street from 12th to 13th Street adding another block to the traditional Bash area.   The Car Show is scheduled to parade down Maine Street at the beginning of the Bash coming from the Christian Church at the north end and parking within the Bash area.  Car winners in many categories will receive prizes and be recognized on the big stage.

Another new event that CLCEC hopes to bring to Downtown Eads this year will be a multi-division 3-on-3 basketball tournament, 3-point shooting contest, and dunk contest that will be held down 13th Street from GN-Bank west to the City Hall.  More information on the Street Hoops will come later.  Pre-registration forms will be available soon or sign up at 11am the day of the Bash.  The Street Hoops contests will begin at noon with multiple hoops going at one time.

Make your plans now to get involved!  Or plan to come on out to Downtown Eads and have a little fun.  We all deserve to enjoy ourselves now that things have moved back to some semblance of normalcy.  A Bash Schedule of Events will be printed in the paper as we move ever closer to the LAST SATURDAY IN JULY!!