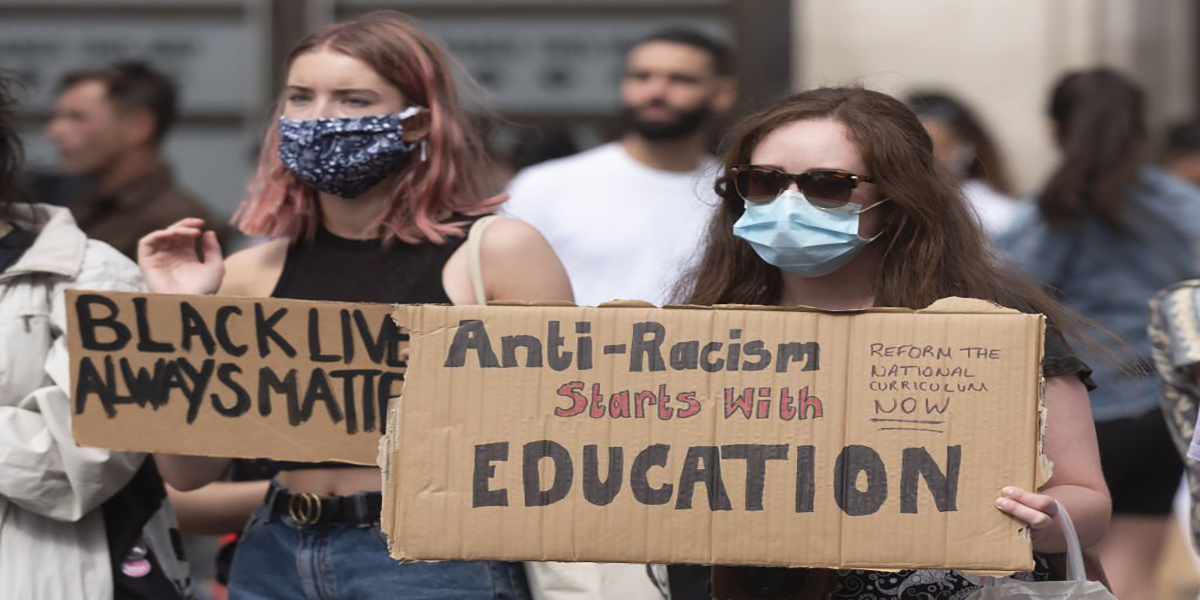 The highly controversial educational curriculum based on the concepts of race and social oppression known as Critical Race Theory (CRT) is coming to a neighborhood school near you unless parents and school boards start stepping up to learn more about the movement in order to fend it away from the school children in eastern Colorado.

A tweet made by the National Education Association (NEA) on June 8 promoting Critical Race Theory (CRT) educational curriculums was supported by the Colorado Education Association (CEA) on the same day as they retweeted the information about A Day of Action event where teachers were told to take a pledge to “Teach the Truth.”

The tweet by the NEA promoting the event, and retweeted by the Colorado Education Association stated, “All students should get an education that imparts honesty about who we are & the courage to do what’s right.  But some politicians are interfering----promoting outdated, inaccurate lessons.  Now educators are speaking out for their freedom to teach.  Learn more: (referencing the A Day of Action site).”

A Day of Action was held virtually on June 12 and was sponsored by the Zinn Education Project, also associated with other progressive non-profit groups including Rethinking Schools, Teaching for Change, and Black Lives Matter at School.  It was promoted as a national call for action by educators who should sign up to participate from all over the United States.

The very first statement on their website says, “Lawmakers in at least 15 states are attempting to pass legislation that would require teachers to lie to students about the role of racism, sexism, heterosexism, and oppression throughout U.S. history.”

The event, A Day of Action, is designed to get teachers to sign a pledge to fight against those who would oppose this new concept of teaching children as young as Kindergarten and 1st Grade.  Educators were urged to make the following pledge and to gather on June 12 at approximately 37 physical locations across the country where protests against traditional education models was being planned:

“We, the undersigned educators, refuse to lie to young people about U.S. history and current events--- regardless of law.”

The Missouri legislation that would ban CRT being taught in any state-funded educational setting describes Critical Race Theory as:  (1) Identifies people or groups of people, entities, or institutions in the United States as inherently, immutably, or systemically sexist, racist, anti-LGBT, bigoted, biased, privileged, or oppressed; and (2) Employs immutable, inherited, or typically continuing characteristics such as race, income, appearance, religion, ancestry, sexual orientation, or gender identity to: (a) Perpetuate stereotypes; and (b) Assign blame for societal problems or ills to categories of living persons based on any such stereotypes or characteristics; or (3) Classifies persons into groups for the purpose of targeting only certain groups for education, formation, indoctrination, or viewpoint transformation, other than separation of students by biological sex where appropriate and conducive for state-mandated sex education instruction.”

The Zinn Education Project site specifically goes after the Missouri bill that they say will “ban teaching that: identifies people or groups of people, entities, or institutions in the United States as inherently, immutably, or systemically sexist, racist, anti-LGBT, bigoted, biased, privileged, or oppressed.”

The site continues by damning the Missouri bill because it names them specifically within a group of social justice education groups and curricula that will not be accepted in the state’s educational processes or programs.

On their site, the Zinn Education Project highlights a lesson plan for upper elementary to middle school age children entitled, “Repair:  Students Design a Reparations Bill.”  In the teaching activity written by Ursula Wolfe-Rocca students take on the role of activist experts to improve upon a Congressional bill for reparations for Black people.  “They talk back to Congress’ flimsy legislation and design a more robust alternative.”

Critical Race Theory is being taught in schools in the front range of Colorado.  It seems to be supported by the Colorado Education Association, the largest union of educators in the state with more than 38,000 K-12 teachers, higher ed faculty, and education support professionals, as well as students preparing to become teachers, and retired educators through it’s retweet of the NEA promotion.  However, Critical Race Theory is not currently a requirement that local districts adopt and it is not listed as a topic for lobbying by the CDE at this time.

The Independent is asking for a statement from local CEA member leaders as to the position the state association has taken.  Afterall, their dues go to pay for the programs supported at the state level.  We wanted to know if the CEA position was representative of local chapters.  The inquiry will be made to a number of local chapter Presidents in local schools, and we hope to receive responses from them once they have an opportunity to discuss the issue with their members.