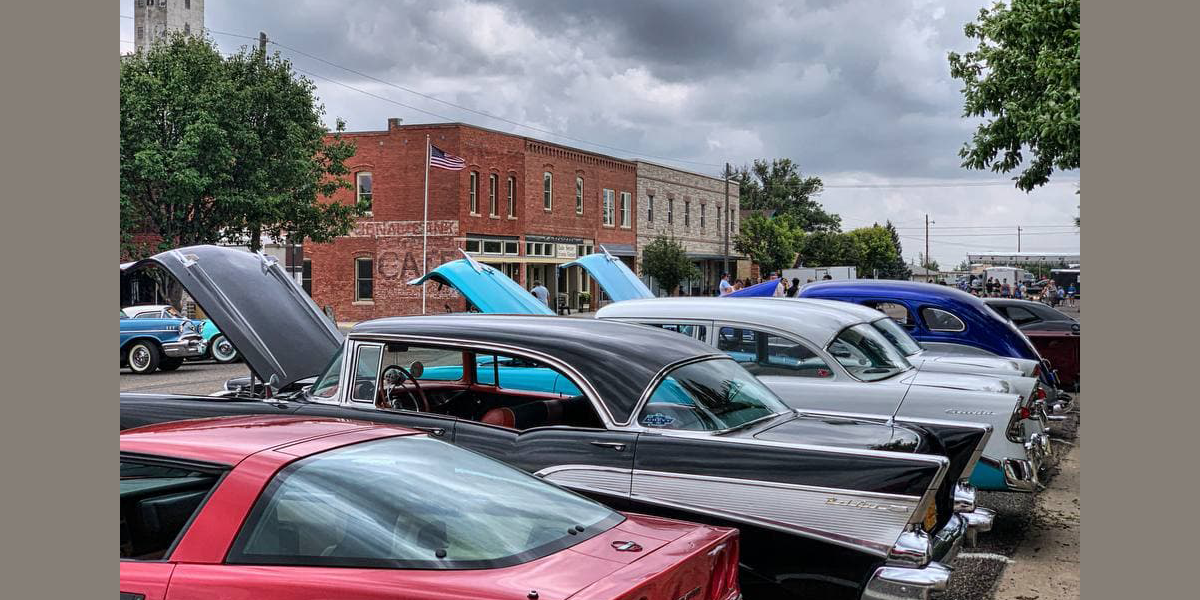 NOT WIND, NOR RAIN WILL STOP THE MAINE STREET BASH

For months the Crow-Luther Cultural Events Center (CLCEC) board and volunteers had been making plans for an exciting return of the annual street festival in Eads known as the Maine Street Bash after last year’s cancellation of the event due to COVID mandates.  It looked as if many people were anticipating the festival’s return, as well, as the stage was scheduled to be full all day with impressive local, and not-so-local performers, many vendors had signed up to take part and the KidZone was shaping up to be one of the biggest ever developed.

But unfortunately, a hideous north wind was howling down Maine Street early on Saturday morning---the appointed day of the Bash.  Soon the text messages started coming in as vendors cancelled, some volunteers canceled, some car showers canceled and the CLCEC planners scrambled to see what could be done to salvage the Bash despite the wind and the threat of rain later in the day.

Most of the brave vendors, food vendors and KidZone workers still showed up and organizers moved them around a little bit utilizing the downtown buildings as protection from the wind.  That resulted in the Bash moving forward although it was more spread out and more difficult to see what was happening down the street.  But it worked!  And soon the kids and parents and car-show lovers and food lovers and music lovers started showing up.  For the next 12 hours the community and many out-of-town visitors enjoyed a small-town street festival with all the flavors and fun of the city.

Within the Bash there were some winners named from the big stage.  First came the People’s Choice winners of the First Annual Maine Street Bash Car & Motorcycle Show.  Winners included:

Later in the evening 25 Cornhole teams signed up for an exceptionally competitive tournament.  When the smoke cleared four hours later two teams took another 30 minutes to determine the champions.

Finally, the annual citizen awards were presented at 6:00 pm by Chamber President Dennis Pearson and Kiowa County Economic Development Foundation Director, Cindy McLoud.  The Citizen of the Year was Terry Riley who is associated with the Crow-Luther Cultural Events Center and the Kiowa County Fire Protection District.  The Volunteer of the Year went to Gloria Trosper for her work as a health provider during COVID but also her work in 4H, the movie theater, and the Health Fair.  Finally, the Business of the Year was presented to Jennifer Schofield, owner of JJ’s Restaurant in Eads.  Schofield was recognized for the difficult work she put in during the pandemic to keep her doors open.  All recipients were well-received and well-deserved.

This year’s Bash started out shaky with rattling wind and the threat of rain.  But it ended with a pleasant evening with good music, good food, good drink and good company.