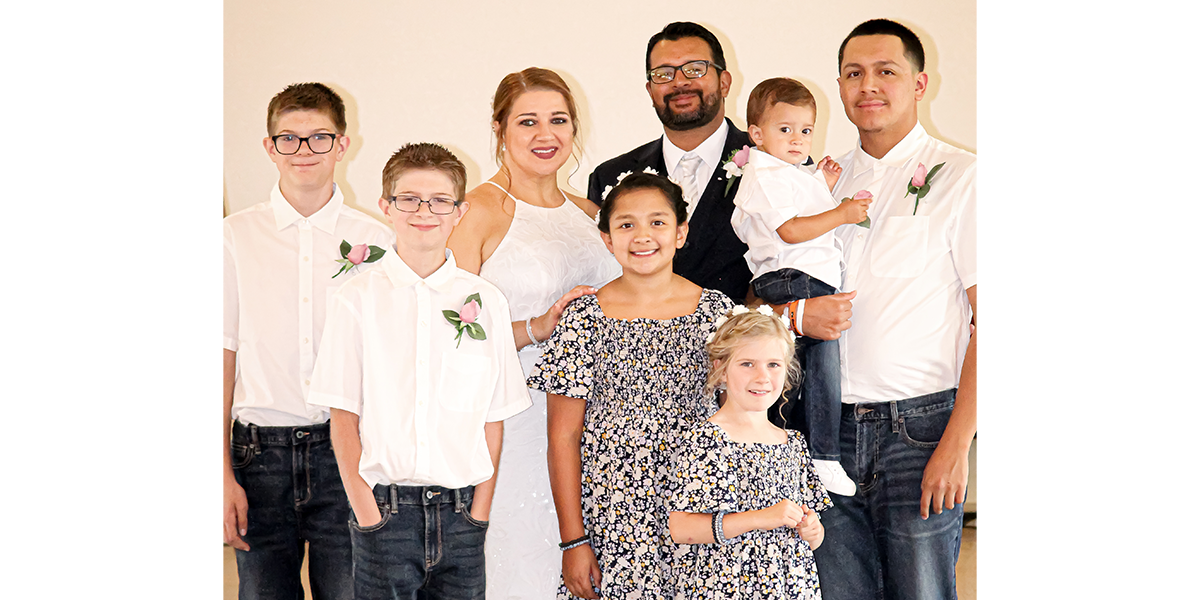 On July 31, 2021 at 6 PM Raina Kliesen of Eads and Paul Lucero of Lamar, said “I DO” in front of several of their closest friends and family at Praise Community Church in Eads, CO.

The groom is the son of Judy Lucero of Lamar and the late Hubert Mata.  Maternal grandparents are Connie Hernandez of Orlando, FL and the late Leopoldo Lucero, and paternal grandmother Josephine Bosquez of Lamar.

The couple was blessed to have Lane Gooden and his wife Debbie Gooden preside over their ceremony.

It was important for Paul and Raina’s children be included in every aspect of the ceremony as this wedding was not only about the couple, but about making their family whole.

The older boys Arien, Connor, and Harry ushered their grandmothers to their seats. Then, as the ceremony began Arien walked with Paul down to the alter, they were followed by flower girls Azilea and Gracelynn who looked stunning in their matching floral dresses as they tossed pink flower pedals along the aisle.  They were closely followed by their baby brother Robert who needed the help of Raina’s younger sister Jamee Bradley to make it down the aisle.  Finally, the bride was escorted by sons Connor and Harry down the aisle to meet the rest of their family.

A moment for family unity began the ceremony as Lane Gooden read a poem about the ties of family while Debbie Gooden handed out medallions to each of them to serve as a reminder of those ties that bind. 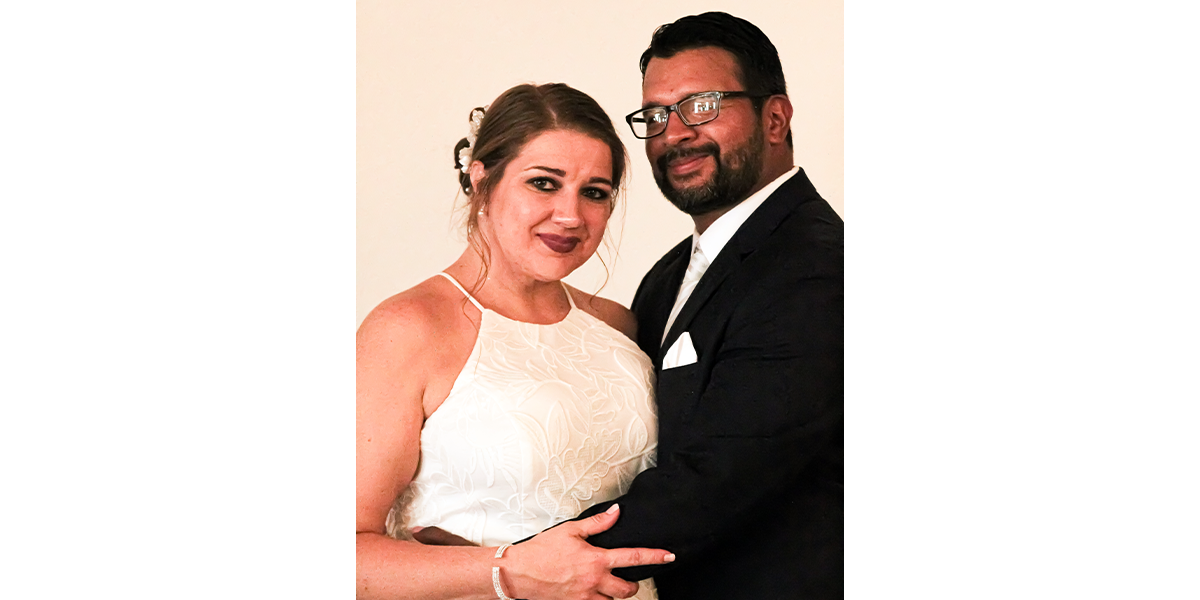 Both the bride and groom’s fathers were not in attendance as they are both dearly departed from this life, but their presence was noted by a memory plaque made by Debi Derby and photos of the fathers on a table that was decorated with candlelight and roses.

The reception was held at the newly remodeled Senior Center on Maine Street in Eads, there, a meal of Barbeque beef, roasted turkey, and several sides was prepared and served by numerous members of the couples’ families including mothers of the bride and groom.

The bride’s sister’s Jackie Rittgers and Jamee Bradley served the beautiful two-tiered wedding cake, and floral cupcakes, which were prepared by Christina Wolfe.  They also served monogramed and decorated sugar cookies made by Shawndra Lucero, the couples sister-in-law.

Paul and Raina took to the dance floor, and under a chandelier lit by candlelight they shared their first dance to the song I Do, Cherish You by 98 degrees.

Paul and Raina celebrated their honeymoon in Las Vegas.  They are now back home in Eads and have settled back into their lives with their children.

Paul and Raina’s future plans include, planting their roots in Eads as well as continuing to give their children a happy, loving, and safe home that they may always feel comfortable to come home to no matter what their ages.