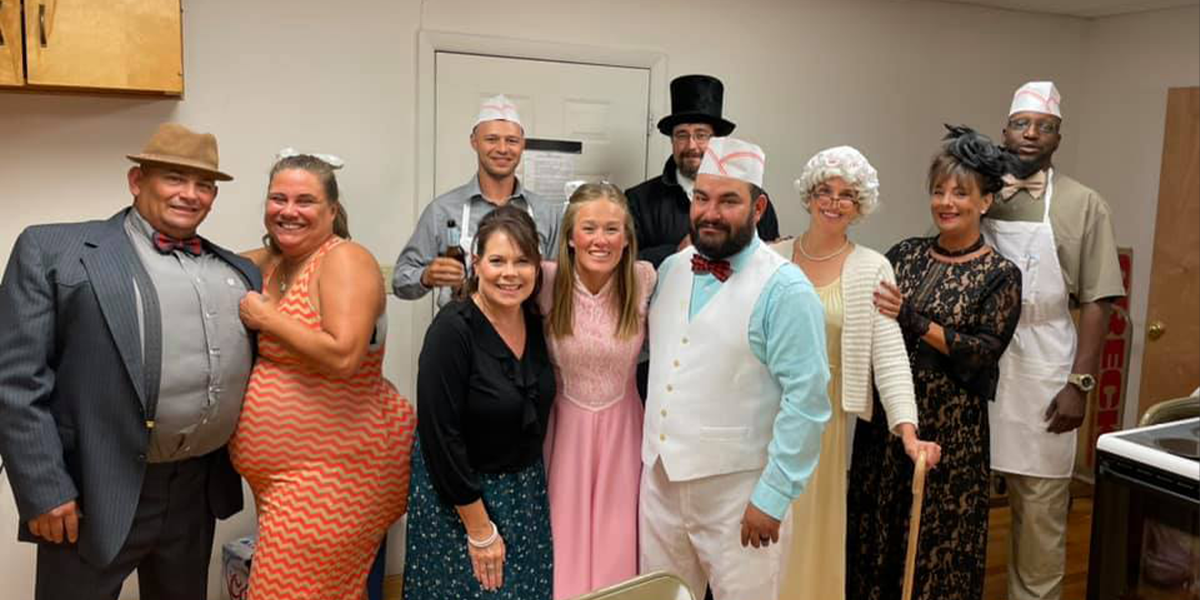 The annual Kit Carson Days festivities were held this last Saturday September 4, 2021 in Kit Carson, Colorado.   This time-honored event brings in people from all over the area as well as Kit Carson school alumni and others who have left the area but enjoy coming back for the celebration.

The day kicked off with a Rodeo that was held at the Stephanie Paintin Memorial Arena.  The rodeo was open to all current and previous Cheyenne County residents as well as students who attend Kit Carson School.

There were 3 events held in each age group including Barrel Racing, Flag Race, and Pole Bending, as well as Women’s Break-a-way in the Roping events.

Exhibits were held in the community building for judging and for spectators to observe.

For lunch, the Kit Carson Volunteer Fire Department sponsored a Barbeque on the east side of the Community building.  The volunteers not only cook but serve up the food for the attendees at the cost of only an at-will donation.

At 1 PM, there was a Duck Race in front of the Kit Carson Market followed by the “Let Freedom Ring” themed parade down Main Street.

Pat and Marilyn Ward rode in style in the parade as they were honored as the “2021 Good Scouts” for their years of service to the community of Kit Carson.

Following the parade there were family games set up at the school as well as a Poker Run.

The Kit Carson Day Melodrama has been a yearly tradition since 1967. The first melodrama was held in a little building on the south end of Main Street that was once home to the post office.  Now, it is held at the Pool Hall in town.

“Countless hours are selflessly provided by members of the community to put on a melodrama each year”, Patsy States tells us.  Patsy was the assistant director this year only second to Tracey Weeks the melodramas director.

Practice for the performance starts towards the end of July with performances starting the week before Kit Carson Day.  On the day of the community celebration there are two performances including the early one at 4 and a usually more “eventful performance” at 7PM. The set this year was designed by Tracey Weeks, Michael Jenkins and Patsy States.

Supper was held at the school sponsored by the Junior class, followed by the annual dance to finish off the night.

The Rodeo Road Apples had a great jam session on stage for all the attendees to dance and congregate with their fellow community members.  Breanna Echols, an active community member was asked onto stage with the band at the request of members of the audience and was asked to sing.

In an impromptu performance, Breanna with the help of The Rodeo Road Apples sang “Broken Wing” a single from Martina McBride.

Breanna has been showing off her talents on social media, playing her guitar and singing inspirational songs.  When asked about her experience performing on stage she said, “It was such a fantastic moment.  I am so grateful I got to be a part of it.”