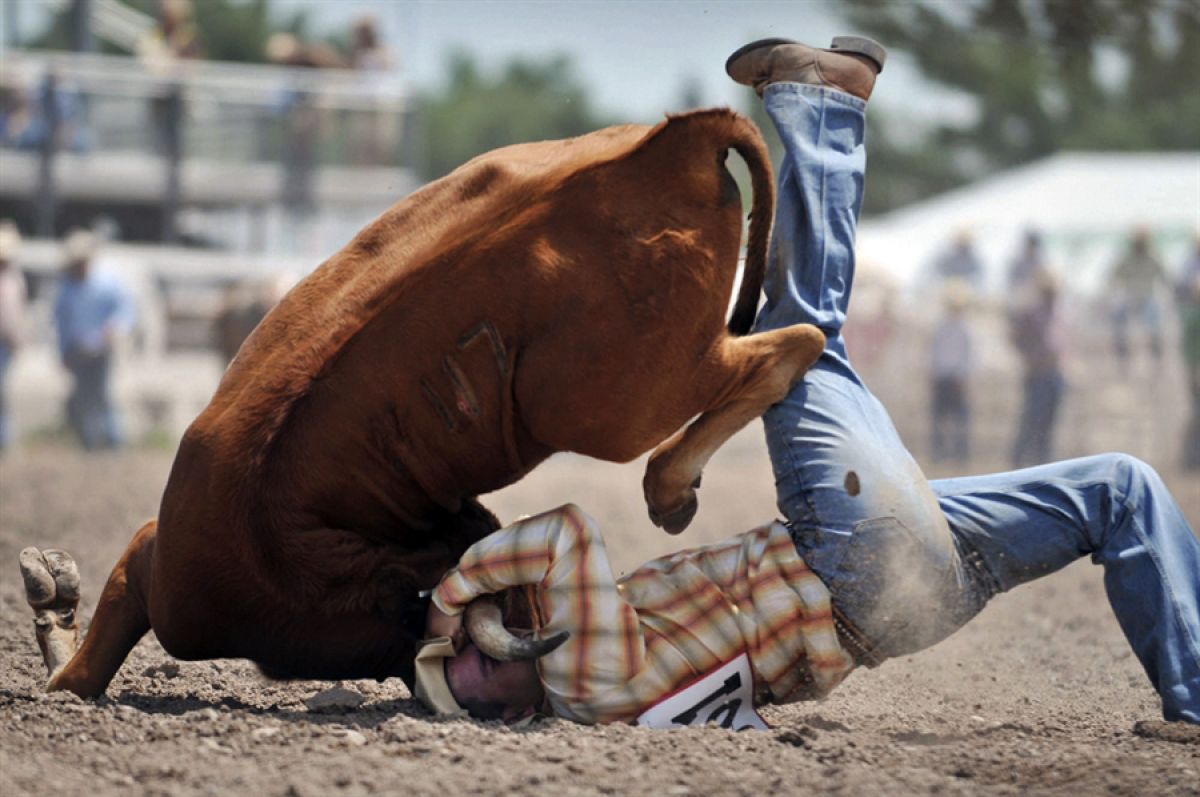 Happy Trails With Dawni O'Bryan: My Heroes Have Always Been Cowboys

Willie Nelson, Waylon Jennings, and Chris LeDoux all sang a version of the song, “My Heroes Have Always Been Cowboys.” The lyrics say, “I grew up a-dreamin’ of bein’ a cowboy, Lovin’ the cowboy ways, Pursuin’ the life of my high-ridin’ heroes, I burned up my childhood days.” It makes one ponder what the cowboy ways really are. The cowboy ways align pretty close with the code of the West. These ten usually find themselves on a sign displayed in a western-decor home:

Some things that cowboys do that make them heroes are simply following their gut instincts and stepping up to help. There was a time on an airplane where a situation became volatile. Delta flight 4620 from Helena to Salt Lake City had an unruly passenger creating problems. Deranged Matthew Kleindorfer claimed that he was a space alien and wanted to fly the plane and was trying to force his way into the cockpit. Two cowboys were also on board after conducting a roping school in Helena, MT. Team ropers, Clay O’Brien Cooper, and his partner, Jake Barnes, were passengers watching the situation unfold. The flight crew was looking around for some help and one attendant approached Cooper for assistance. The six foot cowboy got up and subdued Kleindorfer from behind and grabbed both of his arms and forced him to sit down and stay seated. The plane was diverted and air marshals were waiting to arrest Kleindorfer and everyone celebrated that the cowboy saved the day. A tidbit to remember is that Clay O’Brien Cooper played in the movie, “The Cowboys” as a child actor, which also starred John Wayne. The Billings Gazette didn’t mention if he was approached after the incident to sign an autograph. 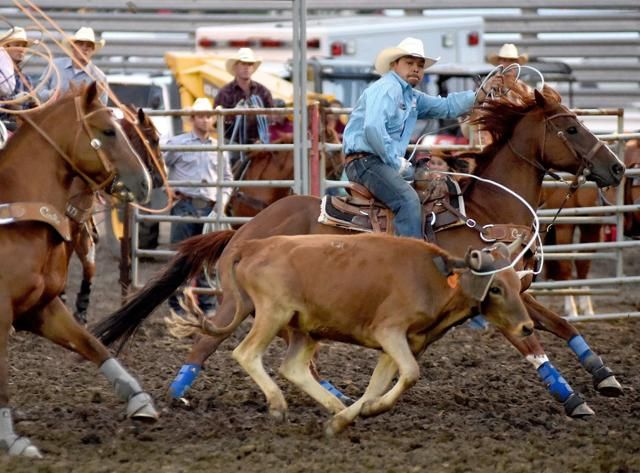 Lamar Community College rodeo athletes went out to Alta Vista Charter School to demonstrate their rodeo events to the kindergarten through 6th graders. Roping dummies, a goat dummy, and plastic barrels were used to show the elementary students the rodeo events. The college athletes invited all students to their college rodeo October 8-10th held in Lamar. The Antelope Stampede had RalShaun Descheny and his brother, Rolson Deschany, winning 4th in the long round in the team roping with a 9.5 second run on muley steers. OT Edwards won the ranch bronc riding with a score of 75. Several LCC cowboys fell short of making the top ten. Lindee Lauhon was 11th in the breakaway out of 107 contestants, Bianca O’Bryan hit a barrel to be 7th out of 90 barrel racers, Wyatt Wollert found himself in a hoolihan (pictured) with the steer to be 16 seconds, OT Edwards was 11th on a 14 second run in the tie down roping. The Sunday short round saw no success for the team roping Lopes. However, Coach TJ Watts and the entire rodeo team put on a great rodeo that drew the biggest crowd I have ever seen at the Antelope Stampede. The nice weather helped bring folks out for the three-day event.

“True Grit is making a decision and standing by it, doing what must be done. No moral man can have peace of mind if he leaves undone what he knows he should have done.” —John Wayne. Happy Trails.