Written by Kayla Murdock on 10 May 2017. Posted in Lifestyles

Harvey Shade, who lives in Eads, had a memorable day on John Martin Reservoir on Saturday as he pulled in a fish that weighed in at a whopping 29.5 pounds.  On Monday morning, the Colorado Division of Wildlife had collected the DNA of the catch to verify whether it was a Striper or a Wiper. 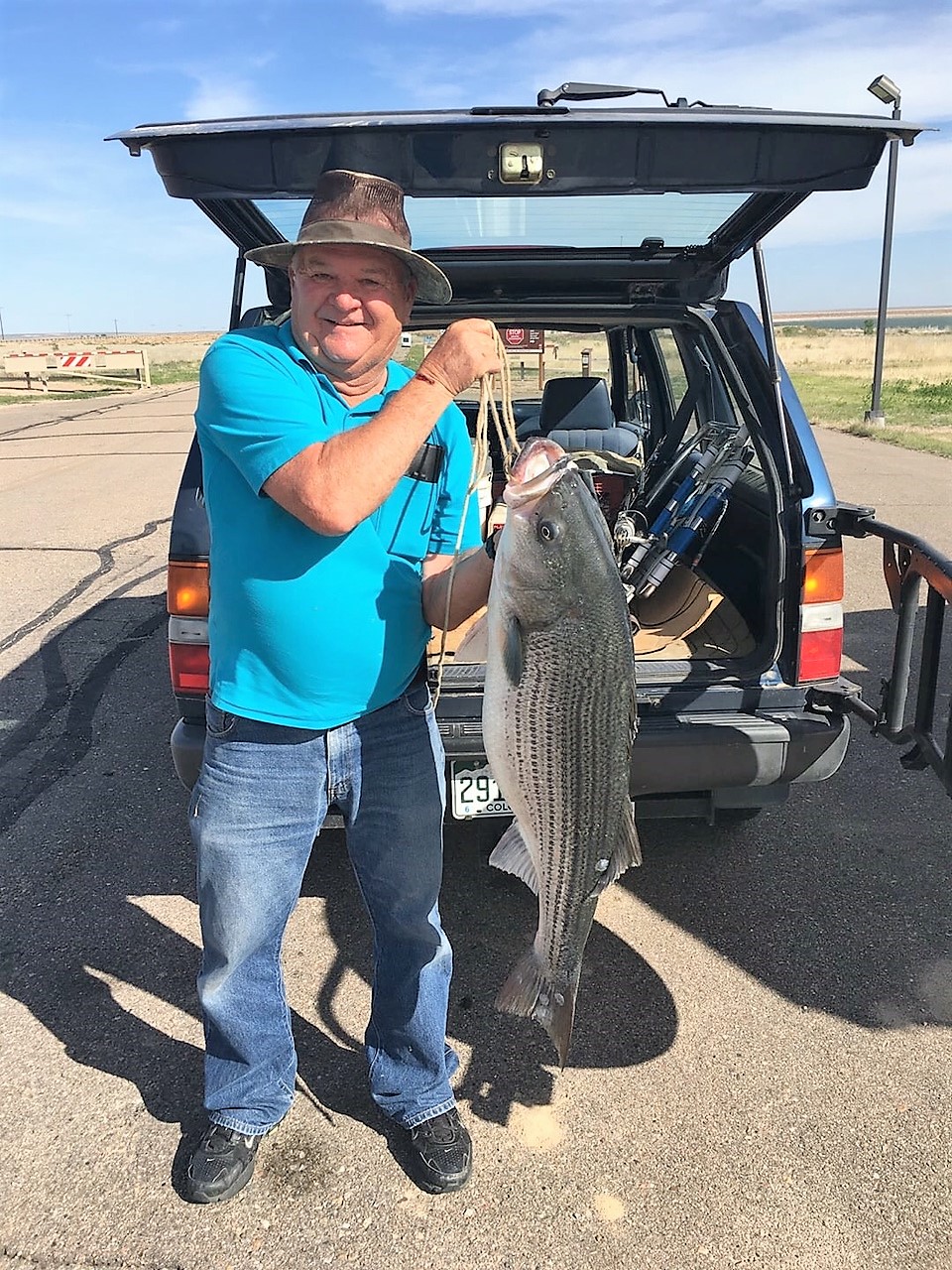 A Wiper is a hybrid combination of Striper and White Bass that was introduced into the reservoir in 2007-2008.  If the fish turned out to be a Striper the Division of Wildlife has verified Shade’s catch is a Colorado state record.  However, if this was a Wiper, then the catch will be recorded as a world record.  Mr. Shade indicated this morning that the state has been pouring over pictures of the catch and are leaning toward the catch being a state-record Striper.  Shade was fishing in the river below the spill dam when the fish caught his line.  Shade described his experience, “I used a night crawler and was fishing for catfish. This was the first time I’d been to John Martin this season so I was fishing off the river bank.  I didn’t really know what I had until right up to the end.  I was surprised for sure!”  When asked whether he was tired after hauling in such a catch he said, “No, but my adrenaline was flowing pretty good.  It took about 15 minutes, I suspect, to bring it in.”  Harvey said he imagines he’ll keep fishing as it fills some void for him since he lost his beloved wife last year.  He then laughs and says, “You know, before my dad died in 1985 he gave me this plaque that is the Angler’s Prayer that says, ‘Lord give me the grace to catch a fish so big that even I, when telling of it afterwards, may never need to lie’, I guess that prayer has now been answered.”  Harvey, with a little laugh, had one last bit of advice for anglers wanting to catch the big one, “You might not want to go to John Martin for a few days because there may not be room on that river bank.”
Print