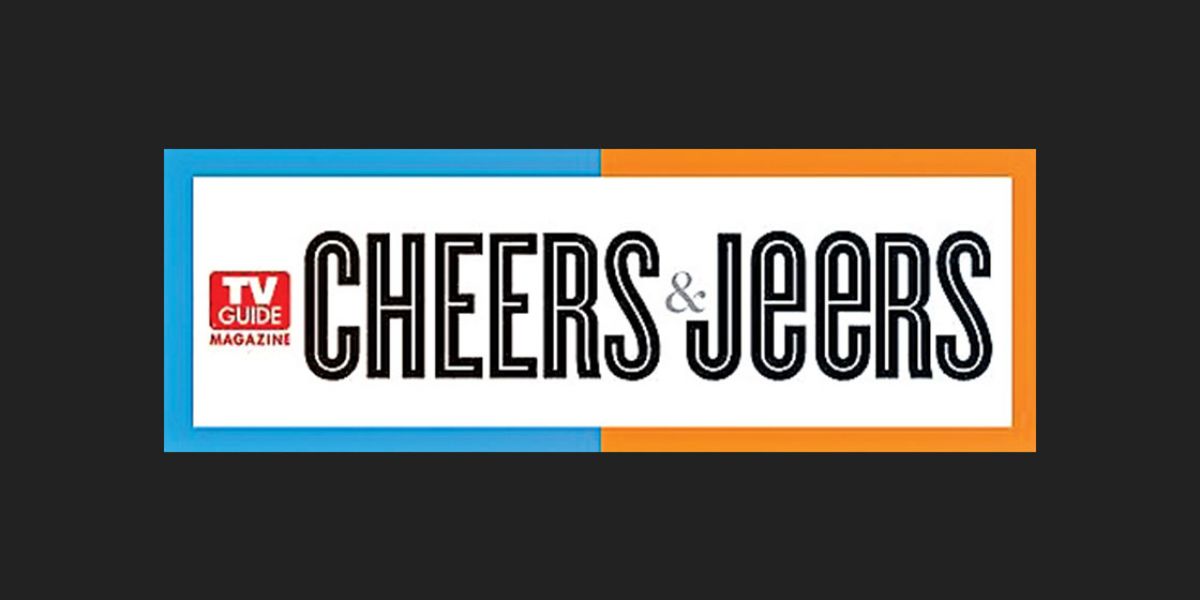 Cheers to NBC for making us thirsty for Thursdays. Thanks to the combined comedy powers of
Superstore, The Good Place, the revived Will & Grace (with Megan Mullally, Eric McCormack, Debra Messing and Sean Hayes) and the finally appreciated Great News, the former home of hilarity has put together a sharply smart lineup that's must-see instead of musty.

Cheers to John Stamos
for using his past to improve our future. The former General Hospital stud has teamed with Smash exec producers Neil Meron and Craig Zadan to develop a drama set in the world of
1980s soap operas for Amazon. Somewhere, Susan Lucci had better be on the
phone with her agent.

Jeers to the New TRL
for being DOA. FYI, MTV: If you're gonna reboot one of the most beloved countdown
shows of all time, it would help to actually play music videos and, you know, take
live requests. So far, we've gotten sermons from DJ Khaled , a slew of technical errors and, sadly, very little music. WTF?

Jeers to How to get Away with Murder
for killing Laurel's happiness. As awesome as Karla Souza is at destroying the scenery, her tormented law student needs a break from the heartache of losing Wes, not a stolen-baby storyline that's sure to prolong her misery. The girl is never going to graduate at this rate.