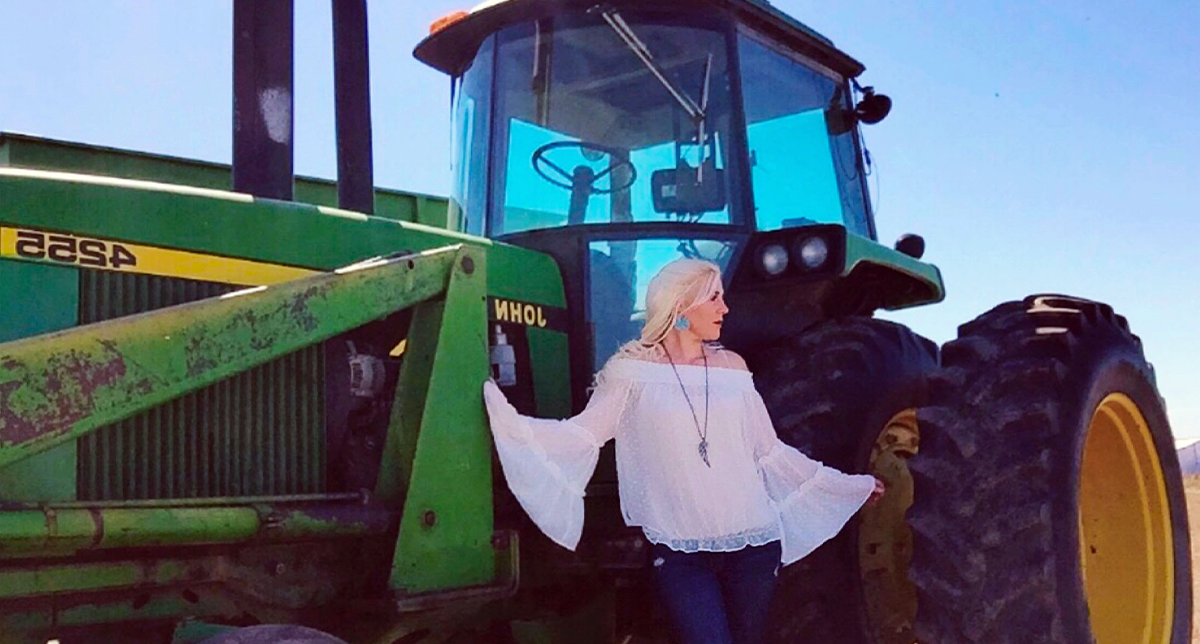 I still remember the way the sun was setting through the trees in my backyard, in April of 2018, when my husband, James, told me we had 2 weeks to move. He was a production manager on a pecan orchard in Arizona, and like most farming jobs, this one came with a house.

The house was something I’d always dreamed of having. It was a 3000sqft, 3-bedroom 3-bathroom home, set in the middle of one of the orchards, out in the country. It had a double fireplace, an enormous kitchen, and was only about an hour’s drive to my parents’ place, whom, after the many years of touring and playing music, I thought would never settle down.

James had farmed his whole life, and always wanted to own a farm of his own someday. The opportunity finally came, and when his previous employer heard about it, he basically had James quit, and gave us 2 weeks to leave.

I remember thinking “Well, God sure knows how to shut a door.” It took me 3 days to pack my house, and I stayed behind in Arizona for 3 weeks, while James tried, like hell, to find housing for us. We had an old 29’ long ‘95 fifth wheel, and moved into it, along with our daughters, Bailey, Emily, and our son, Dillan. They were 5, 3, and 9 months at the time.

We spent the next 3.5 years living in fifth wheels, alongside James’ mother, and 2 older brothers and their families, and began building Triple E Farms. To say it was hard, would be an understatement. I can honestly say if we would’ve known the cost of this dream, if we could’ve seen the road ahead, we probably never would have taken that step of faith.

Being a first-generation farm among many multigenerational ones, it’s a lot of pressure, and it’s far more difficult to start out these days. Even harder when your very first years are plagued by “one of the worst droughts ever seen” according to a well-respected farmer in our area.

The piece of land we parked our fifth wheels on, had no water. We punched a few holes... as many as the finances would allow and found that the water table was dry. So, we buried a water tank, and trucked in our water once every week.

The winters were brutal. The windy days were exhausting. And as a stay-at-home farm wife, living in a fifth wheel with 3 children was like a never-ending cross-country road trip.

We have faced many difficulties in our 4 years of being a first-generation farm. We’ve poured a whole lot more than blood sweat and tears into this only to be met with severe drought, catastrophic breakdowns on equipment, and beautifully promising crops that all, except one, have either been scorched by heat, stressed by wind, or destroyed by hail.

Despite all the difficulties we’ve faced, we’re somehow much to our own surprise, still here.

It’s hard to have faith when every crop you’ve planted except for one, every dollar you’ve spent preparing the land and every effort you’ve made, has only resulted in setbacks.

What’s even more difficult, is knowing that you know what you’re doing, and you know you’ve done everything right, and all these things have worked and yielded excellent crops for every farm you’ve ever worked for before, except your own.

In all of this, I’ve learned that there are 2 different kinds of faith.

There’s an easy faith, that comes with a vision, where you can base your expectations on something that is likely to happen.

And then, there’s blind faith, when everything you see tells you there is no way to make it through, but somehow, you still do.

No matter what, we will give God the glory, and believe against all odds, that He will make a way for us. Until then, we will continue putting our best on the table, and remain ready for rain.