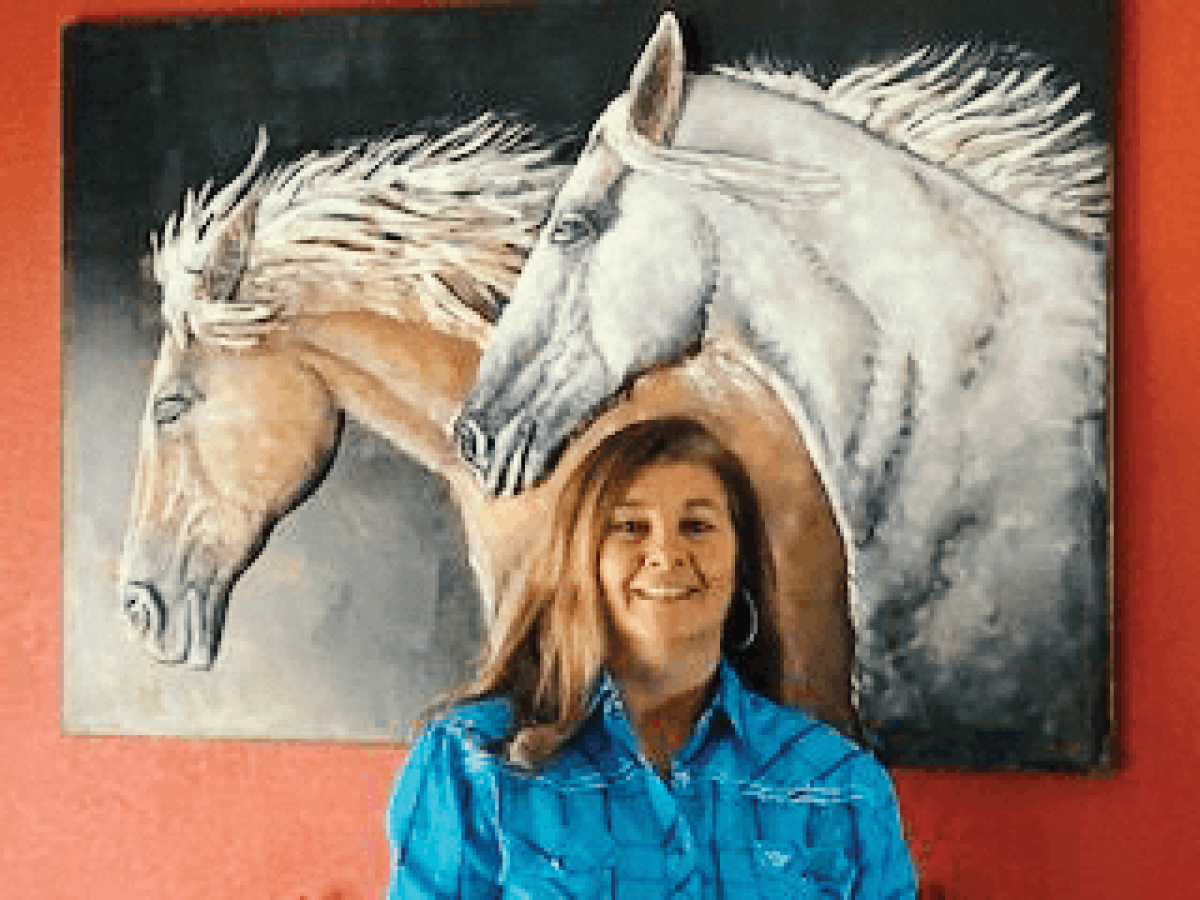 This week’s article is being written from the Cam-Plex in Gillette, WY at the National High School Finals Rodeo with the first round of action being completed. What an experience this has been for all high school rodeoers, their parents, grandparents, and supporters. Most contestants are in campgrounds at the Cam-Plex with about 12 feet between each horse trailer/camper. Campgrounds are divided by states, so families from the same state congregate for meals and socialization.

The rodeo performances are held every morning at 9 am and every evening at 7 pm. The folks and businesses in Gillette are very friendly and accommodating. Of the 1716 contestants here at nationals, a thousand of them are driving golf carts around. The horses have to be stalled long distances from the camping area where the saddles, bridles, and rodeo equipment are kept. People rent golf carts to transport these items and hay to the horse stalls. Because the golf carts are so numerous and look exactly alike, many choose to decorate the cart with various paraphernalia, including blow up pool floaties such as flamingos, Donald Trump, pineapples, and dolphins. Let’s just say, that our 6 year-old horse, “Vegas,” is quite desensitized.

Herbert Theriot brought a tough set of tie-down calves and a tough set of team roping steers. The contestants that drew up on the first round of the cattle were definitely challenged at every avenue. The 2nd and 3rd time through saw the cattle get better and better. As they say in rodeo, “luck of the draw.” Cowboys from the southeast Colorado/Western Kansas area ran into some misfortune or bad draw. Justin Wright of Walsh bucked off his saddle bronc for a “no score,” Braxton O’Bryan of Lamar broke the barrier and had a tough calf for a 31 seconds, Porter Hall, Springfield, and Jaytyn Hash, Kendall, got a “no time” in the team roping, Emilee Carroll of Rocky Ford was a 131 in the girls cutting, and Dylan Gugelmeyer of Lakin had a no time on his first steer wrestling run. Sage Bader of Kim and partner, Colton Zimmerman were 11.72 seconds plus 5 seconds for only roping one leg for a 16.72 seconds in the team roping. Waitley Sharon of Ordway bucked off his saddle bronc in round one.

So, what makes a finals like this so wonderful? It is a solid week of enjoying a sport we love and being around people of like interest. It is watching some of the best equine athletes the sport has to offer. It is seeing true cowboy grit on stage at every performance. One saddle bronc rider got bucked off over the fence and into the goat pen. In true youthful cowboy fashion, jumped up and waved at the crowd to a roar of loud cheering. The energy in the atmosphere is unequaled, as each teenager is hopeful for a national title. As the second-round approaches, some dreams have been dashed, and the realization that sets in is that just qualifying for an event of this caliber is quite an accomplishment in itself.

“A winner is someone that recognizes God’s given talents, develops those talents into skills, and uses those skills to reach his ultimate purpose.” Trevor Brazile