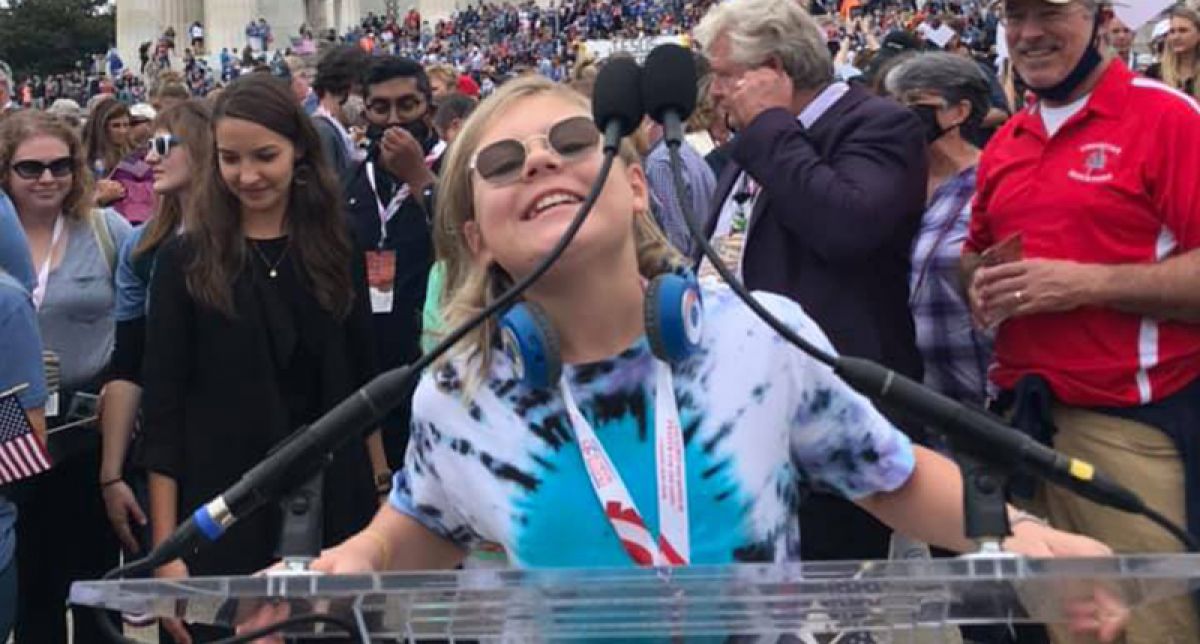 Humans of the High Plains

Austyn Mitchell, 11-year-old daughter of Kyle and Kacy Mitchell of Greeley and granddaughter of Melody Mitchell of Kit Carson, experienced a moment in time over the weekend that will remain for the rest of her life.

She and her mother traveled to Washington, DC as part of the tens of thousands of believers who peacefully marched and prayed in the Prayer March 2020 event. Austyn is pictured here at the podium where many of our nation’s spiritual leaders spoke in front of the Lincoln Memorial. She also heard Vice-President Mike Pence speak at the Washington Monument. She and her mother got to watch President Trump land to make his Supreme Court announcement. Sadly, they also saw the terrible fallout from protests, riots and COVID. Austyn said, “The march was awesome, and I was so glad to be there.” Her mother said, “Austyn stopped every single time we passed a police officer or veteran to tell them, ‘Thank You.’” Kacy described their experience as, “A prolific time to be in our nation’s capitol.” A description of the event states, “The Washington Prayer March 2020 event is a dedicated prayer march that is focused solely on asking God to heal our land. It is not a protest or political event, and we are asking participants to not bring signs in support of any candidate or party.” Locally, the Eads Praise Community Church opened their doors to worshippers throughout the day as they broadcasted the event live from Washington, DC.