Written by Kayla Murdock on 03 August 2016. Posted in Humans of the High Plains 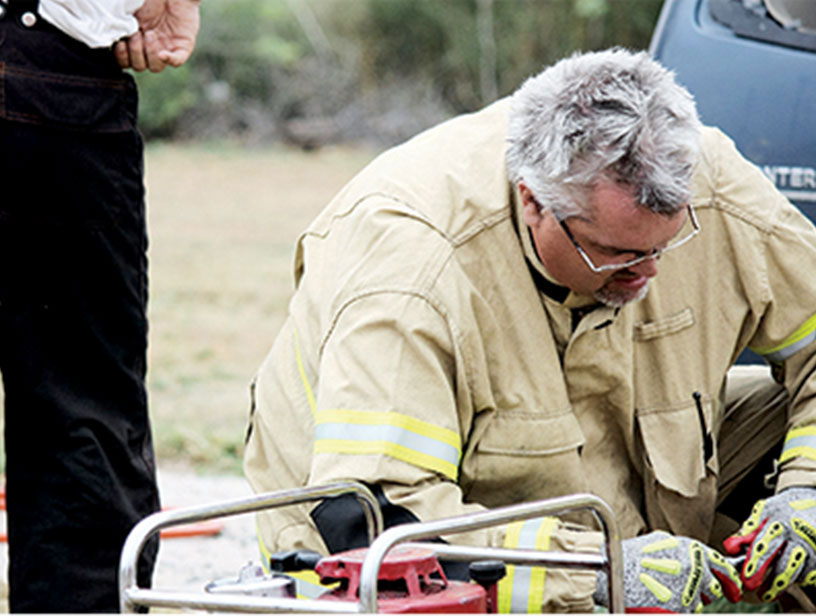 Sheridan Lake Volunteer Fireman Howard Vortruba works with the department’s equipment.  The Sheridan Lake and Towner fire departments originally responded to the Chivington fires off of CR 54 and CR T.5 before moving to aid on the fire at CR 52 and R.  Units on Sunday night were Vortruba, Mathew Biszak, Kirbi Stum, Matt Moser, Josh Blodgett, and Monty Stum.  From Monday through Thursday, these dedicated men returned six times to the area to deal with flare ups.  The units contributed approximately 306 man hours to the fire.  Thanks to all Kiowa County volunteer firemen for their hours of dedication to keeping us safe.