One of the best lines on the “impeachment inquiry” this writer heard, was played on C-SPAN’s Washington Journal program. The caller said, in effect, if this was the best the Democrats had to offer, he would not go fishing with them because they didn’t know how to catch fish. 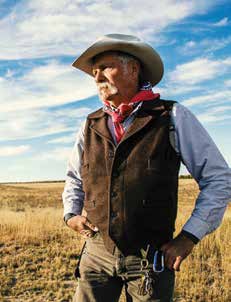 Today, the Democrat leadership in the House of Representatives unilaterally issued their “Articles of Impeachment” against President Donald J. Trump for nebulous abuse of power and obstruction of Congress. Once again, on what evidence? Although still up for a House vote, this is an historic embarrassment. This indictment is not a “true bill.”

[The reason this article puts the onus [l. onus probandi] on the Democrats, especially House leadership, is they are the majority and control the process. If this had been “bi-partisan” I’d have the same critique.]

This writer needs to find another hobby, if not a new boring cave-bear-like addiction. I’ve watched the entirety of the “Impeachment Inquiry” hearings since the Dems allowed the public (their employers) access to the hearings and lifted from the dark bowels of the Capitol Building’s sub-basements. The Dem leadership should’ve held all their hearings in public view, disinfected by daylight, with everybody under oath. From the beginning their “investigation was tainted by unwarranted secrecy. We still have not seen all the testimony.

We hoped, removed to the Judiciary Committee, we’d be able to see actual first-hand documentary / witness evidence leading to articles based on “a reasonable man’s belief” that there was probable cause to believe a crime had been committed. Had they successfully done that I’d have taken a look at their “compelling” evidence. Their so-called line of proof fell far short of the mark. Their case wasn’t compelling in the least. Opinion and innuendo aren’t evidence nor compelling. [Not to mention viewership sank to less than 11 million – less than 4% - Americans watching the proceedings.]

The Capitol wasn’t intended to be a cloistered castle where politicians could hide from public scrutiny. As one observer stated, “What do they have to hide?” Most of the public didn’t just fall off the turnip truck and saw the deliberate shuffling of the inquiry from its proper Judiciary Committee to Intelligence so the hearings could be held behind the secured bunker doors. By hiding the proceedings, they could declare they were protecting us under the secret veil of “national security,” which raised doubts from the onset. The Democrats running the “People’s House” distrusted the public to make their own decisions. In other words we’re too dumb and ignorant to “get it.”

Color me as dumb and numb-er. Over the last three months we’ve been told again and again that we don’t know how to judge lies and disinformation. We’ve been told hearsay could stand as evidence because these hearings weren’t under the same rules of evidence as a “criminal hearing.” What a load.

O.K. Full stop. Our Constitution is the foundation of everything legal within this country’s system of laws and legal procedure. Ask any beat cop who has to know the Bill of Rights with special emphasis on criminal procedure, of lawful searches [4th Amendment] or protections against self-incriminating statements, [5th Amendment] and all the just expansions to include right to counsel [Miranda], right to a fair and speedy trial and all other protections against bias and prejudice in courts of law.

Let’s get this straight. An impeachment is a criminal proceeding by any definition, very similar to a Grand Jury with rules of evidence in place. This “impeachment” is an affront to our legal system and sets a dangerous precedent because the Democrats a.) acted unilaterally, b.) failed to meet the legal standard of “probable cause,” and in many parts didn’t even rise to the level of “reasonable suspicion,” c.) the Dems’ “impeachment rules” failed to live up to the standards of “due process,” and d.) allowed inadmissible evidence, hearsay and prejudicial evidence from persons who weren’t “fact witnesses.”

[If you’re wondering. As chair of the Intelligence Committee, Adam Schiff was not under oath. As Chair, under current House rules, he could say anything he wanted without the burden of the “whole truth.” It’s no surprise he didn’t present evidence before the Judiciary Committee because he’d have been under oath to present findings of his committee and open to “minority” questions where he’d have to lie, defer or obfuscate. Perjury wouldn’t do. They sent in two “staff attorneys” to make the presentation. Wildly inappropriate is the fact that Berke and Goldman weren’t put under oath to issue opening conclusions.

It wasn’t until the second round of staff attorneys presenting their “case” that Goldman for the Dems and Castor the Republicans, were put under oath. When ‘hot’ questions came around to procedures, Goldman refused to answer because he knew the procedures of the Intel Committee were extralegal in obtaining opposition member’s and journalist’s telephone records.]

In whole it was a very disappointing farce that diminishes our Congress (as if its reputation could be more diminished) and reduces the standards of law we fought so hard to maintain for 232 years. Who should laws apply to more than those who make them?