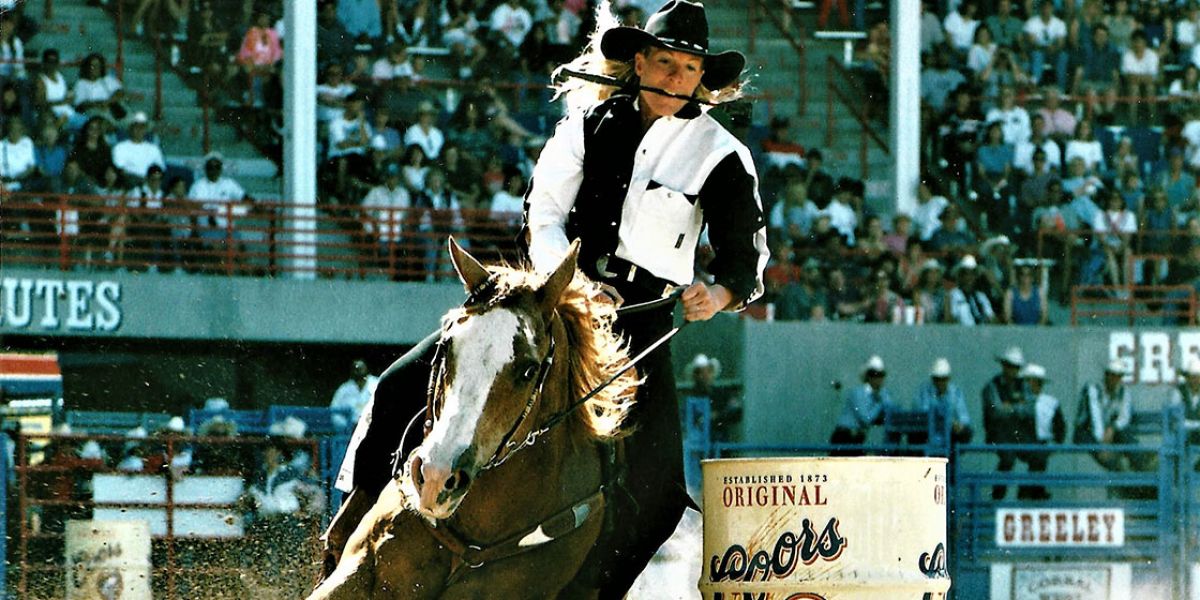 Located north of town, the cemetery at Sheridan Lake sits on the crest of the gentlest of slopes. The elevation is no more than perhaps a hundred feet higher than the land that surrounds it, yet it is still graced with just enough rise to give all who stop and look an unobstructed view of the miles and miles of wide open plains that stretch all the way to the far distant horizon. 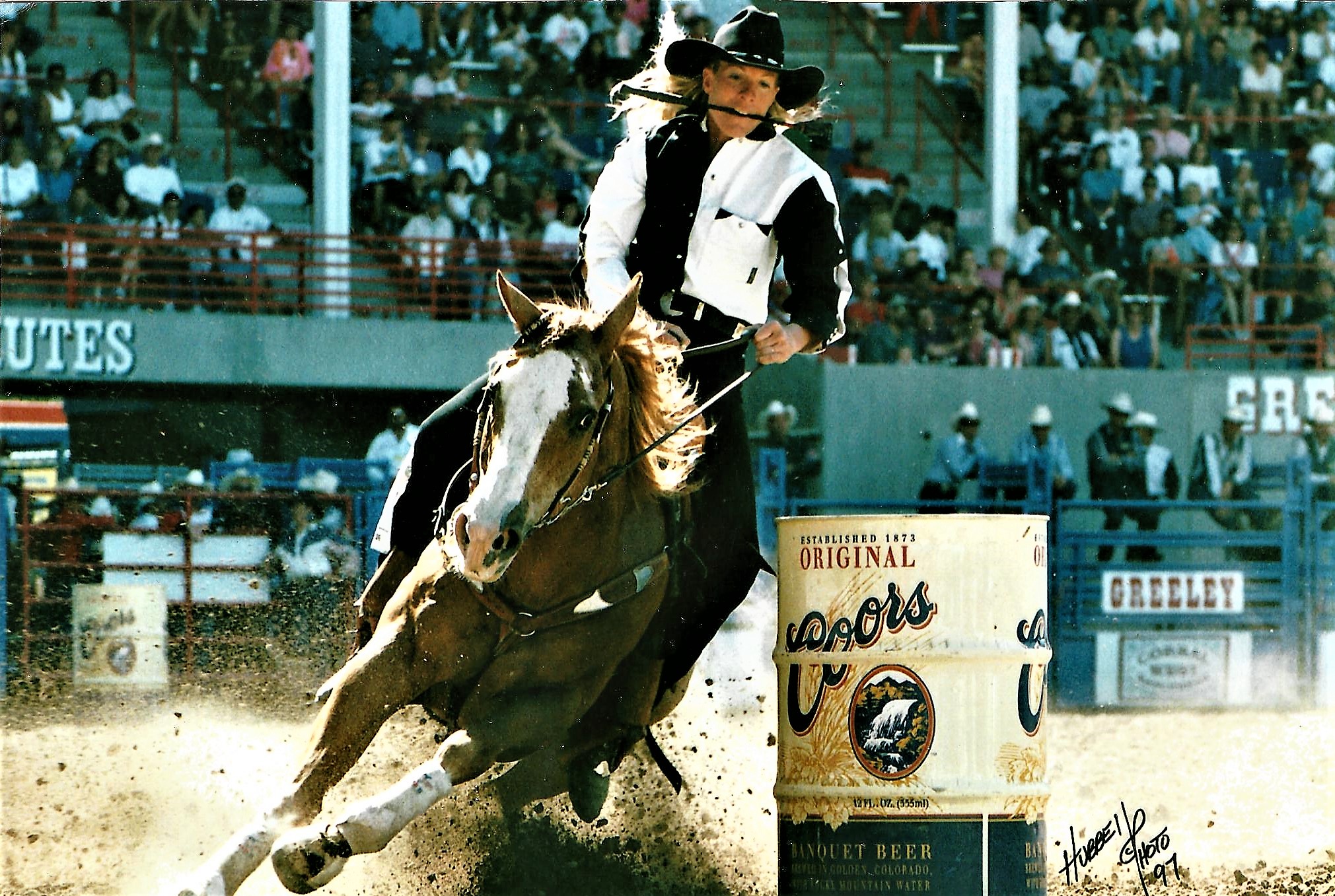 Perhaps that was in the mind of Roy (“Papa”, to his grandchildren) Shalberg when he donated the parcel of family land specifically for the purpose of creating a place for those family, friends and neighbors who passed on. No way to know for certain. The gift was made a long time ago.

There’s no doubt that, over the years, ground below and clouds above have witnessed an abundance of words carried on the wind as they’re spoken in both sorrow and hope before a beloved is laid to rest.

And so it was with Lori Shalberg on Friday, October the 26th.

Yet, five words spoken over those who have passed seem to hang in the air. And, as I think of the people, the land on which they live and all else that surrounds the final resting place of my beloved friend, I realize those five words speak of Lori’s life with as much truth as they speak of her passing.

“From dust we are made…”

From this, Lori was made.

As one of the oldest and largest families in the east end of Kiowa County, a person doesn’t have to go far in Sheridan Lake to see the Shalberg name. Driving north on County Road 67, just before pavement gives way to dirt road, a ranch sign frames the entrance to Shalberg land.

Established in 1921 and in the family continuously since that time, the ranch looks exactly as one would expect it to look. Land that was well chosen with fences, well maintained. The cattle, robust and healthy. Ranch houses and outbuildings in good repair, their red roofs a bright spot on the plains.

The Shalberg ranch is a family business, but it’s also much more than that. It’s a tradition three generations in the making. A legacy. A way of life that Lori knew from the first moment she drew breath. And even though she chose a different path for her life, deferring to her older brothers to choose ranching for themselves, she still somehow embodied everything one would expect to find in a woman who had ranching in her blood.

She was tall, broad shouldered and strong, and she walked with the relaxed and easy gait of someone confident of where they’re going and what they’re going to do once they get there. Her sense of humor was dry and quick witted. She was a bit of a performer (okay, maybe more than a bit) and, given the chance, she wouldn’t hesitate to give someone a hard time, joking in her deep voice that also had just the slightest hint of a drawl. But she always made sure to follow with a humorous and equally self-deprecating comment, just to set things at ease, if need be.

Lori reflected those habits…those practices…that used to be so common in days gone by but have, at some point, simply fallen by the wayside.

Far from vain, she, nonetheless, consistently took pride in her appearance. Perhaps it came from an awareness that, wherever she went, she was representing the Shalberg family name. No doubt the years spent as Miss Rodeo Colorado played a role, being in the limelight and traveling first around the state and then the country. Or maybe it was something as basic to her being as thinking of her impact on others—especially kids, whom she knew got their cues from the adults around them.

But, even on those days when her head hurt so badly that she’d have to squint just to see through the pain, she’d still show up in public looking more than presentable, giving not even a clue to what was going on inside. That’s just the way she was.

Driving down 67, it’s easy to imagine Lori driving those same broad, straight, dirt roads as a teenager on her way to who knows where, resting in the knowledge that everywhere she looked was familiar in the way only home can look and that she was surrounded by the deep and abiding love that comes from family.

If there was one thing Lori spoke of with unfettered tenderness, affection and gratitude it was her family. From her grandmother, Nana, whose loving presence was a constant through the years to her mother, Carol, who was both mother and best friend throughout the entirety of her life, to her father, Merle, whom she knew would have moved heaven and earth to give her the dreams of her heart, Lori went from child to adolescent to young woman safe in knowing that if she stumbled they’d be there to help her steady, and, if she fell, they’d help her get up.

Far from taking such love for granted, far from even thinking it was love she was entitled to have, Lori viewed her family as one of the greatest blessings in her life, describing herself as “very, very fortunate” in her somewhat understated way.

One can see how being raised on such a strong foundation surrounded by a landscape that is wide open with abundant possibility, Lori would grow up believing in herself and her ability to accomplish whatever she set her mind to do.

Likewise, it would not be farfetched to assume that, from this steady and unwavering love that Lori knew, her own ability to love others would be born.

When she spoke of her horse Cee Bar Pride, any passerby would have thought that she was discussing the great love of her life. And, in many ways, she was.

Cee Bar, a handsome and athletic 2 year old Palomino, was Merle’s gift to Lori when she was 13 years old, and he very well might have been the best gift Lori was given in her life. Cee Bar was her constant companion growing up, winning her more competitions than any other horse she ever owned, providing her with more affection in return than any best friend she’d ever had.

For almost 30 years, they were best of friends, and, as she confided to me once, when she had to put him down, a part of her heart went with him.

Perhaps a bit more comfortable with showing love to animals than people, Lori also had her own way of showing affection to those in her life. One of her favorite things to do was to buy a card and drop it off at a person’s house. She didn’t need a reason; she didn’t even pretend to need a reason. She would just buy a card—usually a funny one and usually at the Health Mart—and give it to the person she had in mind, either to encourage them if they were sick or assure them that she was still around.

I didn’t know Lori when she was well. I only knew of her life as an athlete, a rodeo queen and a firefighter through the stories she told, which she usually only told when I pushed her to do so. Wonderful as those stories were, I didn’t love Lori for what she had done, which was amazing, or the awards she had received, which were impressive.

Lori Shalberg grew up on the High Plains of Colorado where she was raised by strong women and kind, gentle men. She embraced life, whether it was the life of her dreams or not. She had no patience with self-pity and would neither allow it in herself or others. And she was grateful. She was always grateful for all that she’d been given while hoping that she gave something back in return.