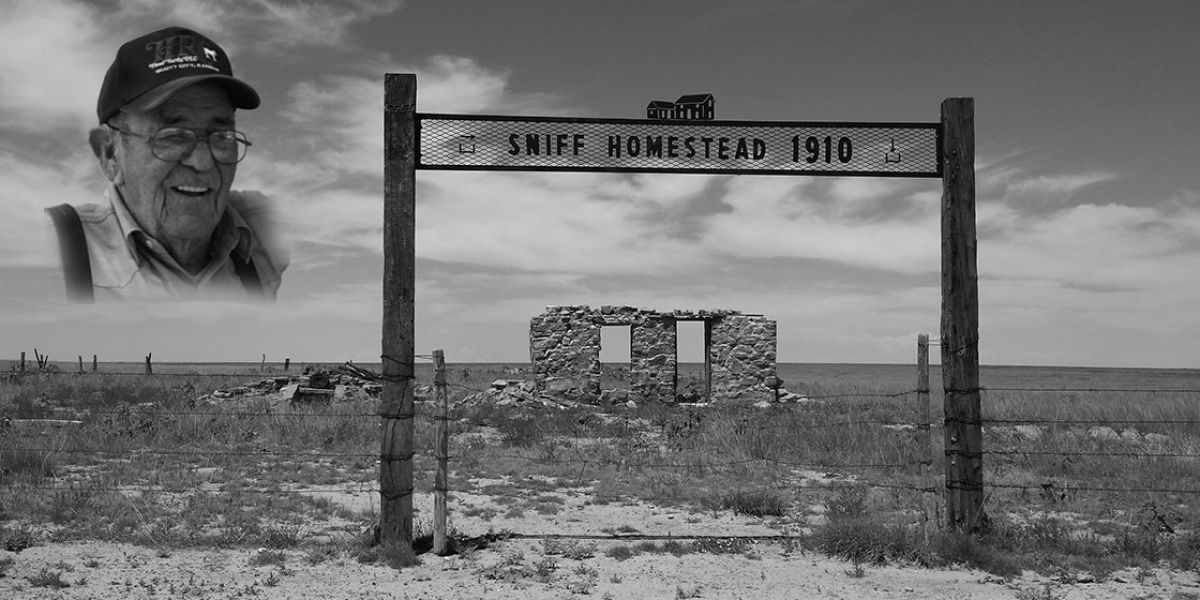 Long Time Gone: Leonard Sniff - Life on his own terms

Leonard Sniff was one of the first friends I made when I moved to Eads. I’d initially met him a few different times in a few different places and could tell from the start he had “the gift of gab”, as they say. But I really got hooked one afternoon when I just happened to run into him outside the post office in Wiley. Somehow, just standing there on the sidewalk on a summer afternoon, he managed to work a story in to the conversation that involved an old man on a tractor, a brother and sister—both “a-horseback”, a dog, a gun that didn’t work and a lawyer named Wilke Hamm. Of course, I can’t repeat it—no one could or ever will really do justice to a Leonard Sniff story. But it was a good one, that’s for sure. 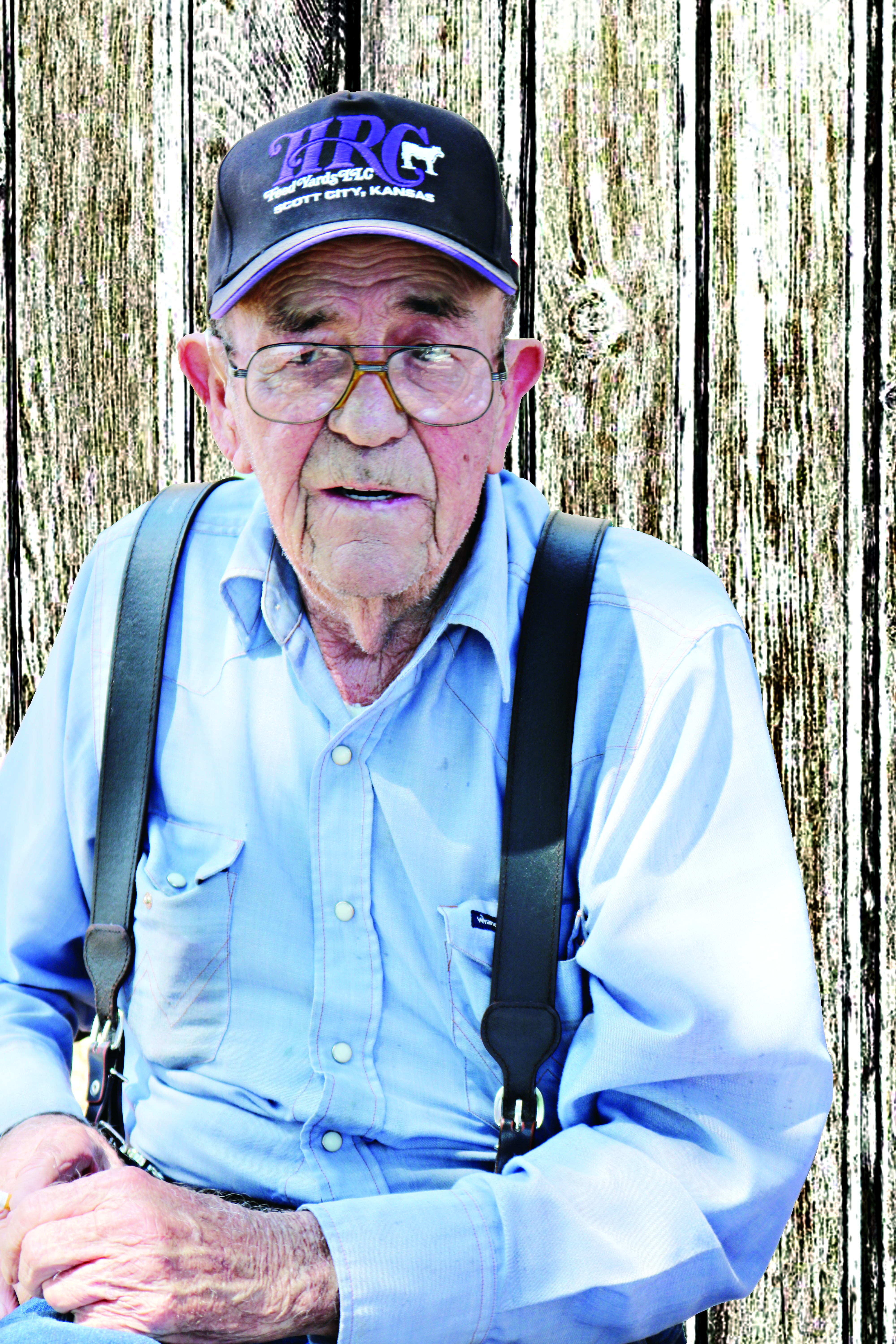 But it wasn’t just Leonard’s stories that I enjoyed so much. It was how his stories revealed a kind of life that just isn’t lived very much anymore. He had tales from eighty plus years of living to pick from. Yet, where other men might have chosen to recall those times that made them look big or important or successful, Leonard chose to relive those moments when he was doing what he loved in the company of those he loved…like good horses and loyal dogs and men and women he called his friends.

Leonard Sniff came from a different time, and things just won’t quite seem the same with him gone. Yes, I’ll miss the stories. But I’ll miss the man who was telling them even more. And I’ll just count myself lucky enough to be taken along for the ride—however brief—in his remembering.

A little less than six years ago, Leonard Sniff attended the funeral of Jack Rydberg, a horse trainer and very old, very dear friend. Jack’s eulogy was given by J.J., Jack’s son whom Leonard had known since he was a boy. For years, Leonard competed in cutting events, and, during the summer of his eighth grade year, Leonard and his “old gray mare” had hauled J.J. and J.J.’s stud along, giving the boy a chance to compete. Leonard recalled dropping J.J. off for the last time. “I said I was glad that was over,” he recalls, laughing. “I said I was tired of him beatin’ my ass.”

Now a grown man with a family of his own, J.J.’s eulogy moved Leonard so deeply that, sometime later, he made a request. “When I go, I want you to do my eulogy, too,” Leonard told the younger man. “But, when you do it, don’t talk about me. Talk about the horses I’ve known in my life.”

At 83 years old, Leonard Sniff is still as clear about the substance of his life as he was at the age of eight. And part of that substance always has been, and always will be, horses.

Standing by the window and looking somewhat thin, not particularly tall, and in a baseball cap and suspenders to hold up his jeans, Leonard doesn’t strike people as the image of the classic cowboy seen in Westerns. To be honest, he’s never dressed that way, never wanted to and, in private, half dismisses those who do. But let this master storyteller tell a few tales from his life, then let him get on the subject of horses, and even a perfect stranger will quickly see the truth. Leonard Sniff is, without a doubt, the real deal.

The year was 1934, and the five Sniff brothers—Leonard’s father, Noel, and his four brothers—were well on their way to building a ranch that, today, would be called an empire. Containing a total of 250,000 acres, it was twenty-five miles wide and thirty-five miles long. But the Sniff brothers were also amassing a debt to go with it.

Noel, a gifted horseman and cattleman in his own right, was, nonetheless, uncomfortable with what such a debt could do. Leonard was a year old when Noel sold out his share of the operation, loaded up his family and returned to family land in Eastern Kansas with plans to take up farming. 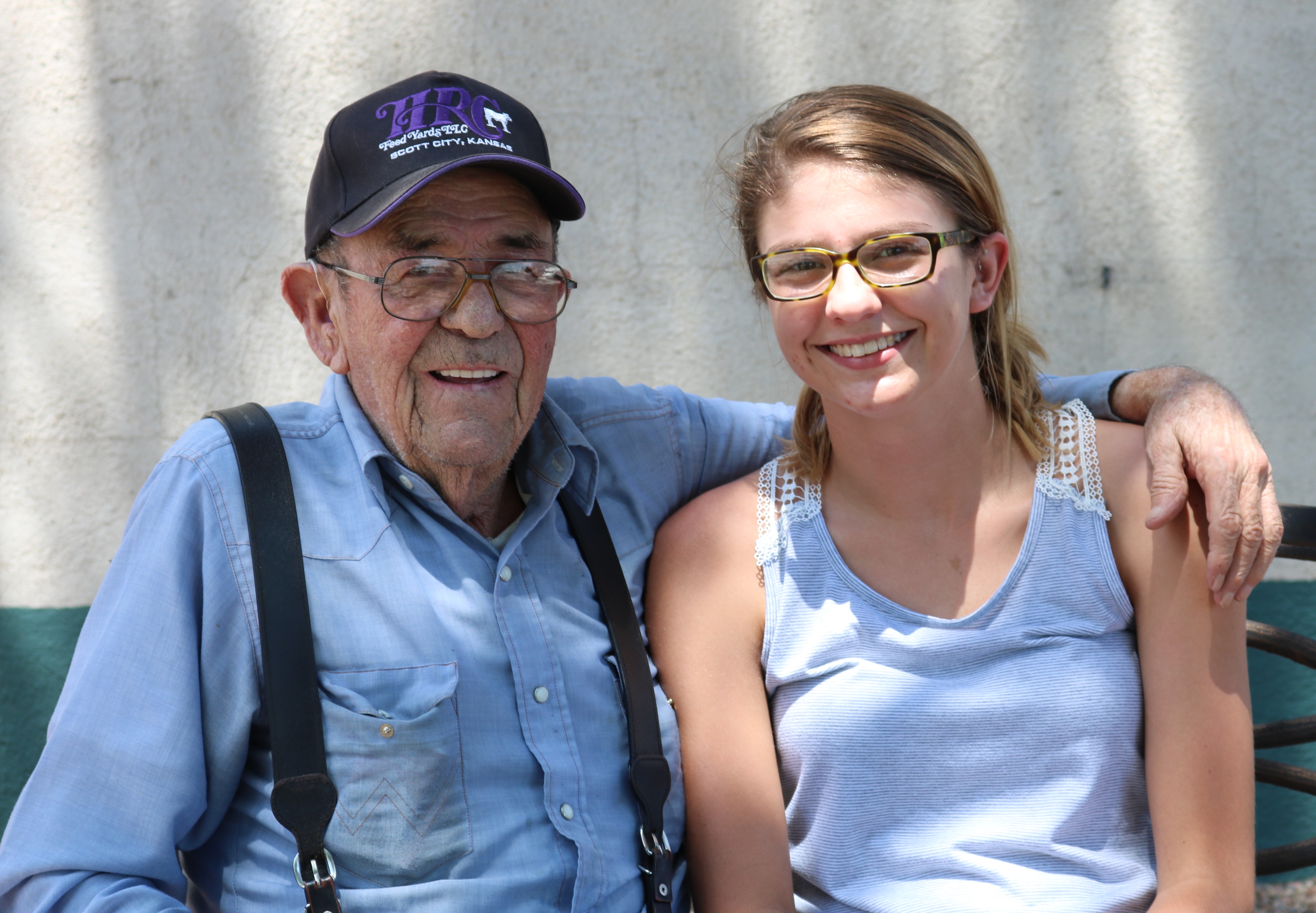 But planning and doing are different things, and, after a few years, Noel and his family returned to the Sniff Ranch where he resumed his place alongside his brothers. He never left again. By that time, Leonard was about seven years old.

No sooner had he set foot on Sniff ground than Leonard told his father what he wanted to do, and it didn’t involve going to school. Leonard wanted to be a cowboy, and his father understood.

“My dad,” Leonard says, his voice still thick with pride, “he could ride just about anything, by God.” His eyes grow bright with a memory. “There was this big ol’ ranch down south there. Named the JJ. They musta had 50, 60 cowboys workin’ there and at least a hundred horses, maybe more. But most of them cowboys couldn’t ride ‘em, you know. So they gave ‘em to my dad, and he’d ride ‘em for two or three weeks and take all the buck out of ‘em and give ‘em back. Yes, he did.”

No doubt, people today would never understand—or even stand for—a father letting his seven year old son quit school. But times, and, yes, people, were different back then. What Leonard wanted to learn couldn’t be found in another one room schoolhouse from a teacher who, barely more than a child herself, lived in a room built on in the back.

What Leonard wanted to learn—what he genuinely longed to learn—could only be found beneath the sun and the stars in the company of men like his father and uncles, surrounded by slow moving cattle and on the back of a horse. At seven years old, Leonard knew that as sure as he knew anything. His father knew it, too. And no one who’s known either man ever questioned that it was right.

“There was a bunch of them cowboys who was always together, and they all got along real good,” Leonard continues. “One of ‘em was named Johnny Nolan. My dad liked him a lot. Well, Johnny had a ranch south of Lamar and he said, ‘By God, I’m gonna move to the mountains so’s I won’t have to work so hard.’ So, I moved up there, to Pagosa Springs.” He stops, lost in the memory for just a fraction of a moment. “I was about six or seven, and I was a-wantin’ a horse so damn bad. And Johnny said, ‘You want to be a cowboy? We got to get you a horse.’ So we went down there to a horse sale, Johnny and me. So I said, ‘how much do you s’pose it’ll cost?’ ‘Oh,’ he said, ‘’bout thirty dollars.’ And that ol’ fart…well, the biddin’ started, and he was biddin’ ag’in me. He’d get out in front and I’d bid and then he’d bid. See, Johnny, he’d already told that ring man, so that ring man said, ‘C’mon, Leonard, give me one more.’ So I did. Well, I got my first horse for $36. I was s’posed to get him for $35, but that ring man got another dollar outta Johnny.” Leonard’s gaze drifts down and he looks at the table, unaware that he taps his fingers on the wood. “He was a paint,” he says, “just a green colt.”

When Leonard was about fourteen, he left Johnny Nolan and went to work for a man named Hill. “Hill bought a big ranch by Dillon,” Leonard says. “He took me in,” Leonard says. “Even called me his son. I think I was a replacement for his son that got killed. Then, one day, he tells me he wants me to manage one of the ranches, and I…well, I wasn’t ready. I was fourteen and... Well, I left after that and went on back to the Sniff Ranch.”

The light in Leonard’s eyes has been replaced by something different, as if he’s making a point he needs to make sure is understood. “See, I had it in my mind that I was going to work with the best cowboys and best cowmen there was and some of them was my uncles and my dad. I lucked out when I got there—they put me up in the bunkhouse by headquarters, so I watched what all they did with cattle and with horses and learned everything they could teach me, by God. I did that for…oh, I don’t know how long. A few years. Maybe a few more than a few. That’s when George Tempel said, ‘I need to hire that one’ and he hired me away from the ranch. ‘Course, by then, my uncles had all died. My dad was in the nursing home. And the women who was left was splittin’ up the ranch. It was a good time to go.” He pauses and speaks softly, almost as an afterthought. “Yes,” he says and looks out the window. “Yes, it was.”

He speaks of the horses he rode with all the respect and regard he’d have for a best friend or a teammate. There was Eternal Sultan who never tired. There was also Bar Flit’s Buck, an athletic bay that he rode a lot . And then there was Blue. “He was the best horse, by God, that a man could have.” Leonard had gotten him when he wasn’t yet a year old from his cousin who’d been accepted to veterinarian school. “I wanted him from the time I first saw him, and I gave him that name because, in the sun, his hair had a bluish tint to it. He wasn’t real big and I thought about competin’ with him but decided ag’in it because he was just too good of a ranch horse. He was strong and, by God, he was fast. And he had a lotta cow in him, too.”

His gaze slowly drifts back out the window as he absently taps the table. For the first time in all the time he’s been talking, his age gently makes itself known in the lines on his face. Yet, within the silence remain the names of all who have gone before. Noel and Phila, Bill, Floyd, Orville, Emmet. Johnny Nolan, Mr. Hill. His Indian paint, Eternal Sultan, Bar Flit’s Back and all the unnamed cowboys and cowmen whose presence still lives in his memories. 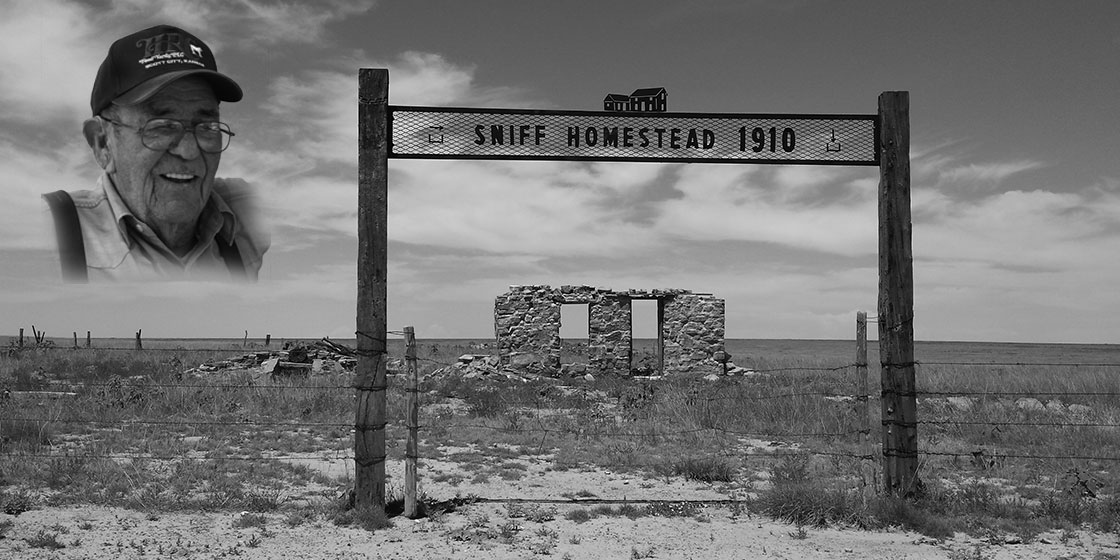 And Blue. Of course, always Blue.

When asked if there’s anything else he wants to say, he doesn’t answer for a moment. And then, he does.

“I had some of the best damn horses in this country,” he finally says, his voice finding its strength again. “And I raised them all.”