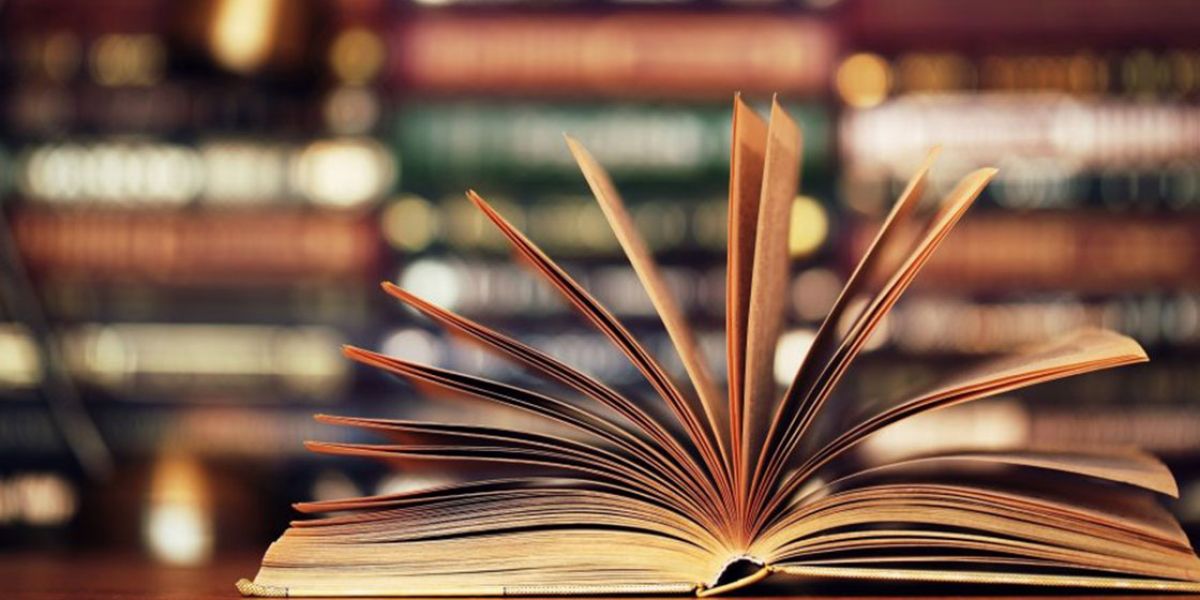 Long Time Gone and the World of Possibilities

For many years, scientists have been intrigued by the role the five senses play in the life of human beings. There were often long standing debates (of course there were, we’re talking about scientists) regarding which sense—sight, taste, touch, hearing or smell—had the greatest impact on the human experience. Everyone had their opinions until one discovery seemed to, more or less, answer the question.

As it turns out, the strongest sense by far is the sense of smell. Catching a whiff of a familiar scent can call up memories that come in a flood, sometimes going so far as to impact a person’s mood or ability to concentrate. It makes sense. The olfactory bulb—the part of the brain that registers smell—is part of the brain’s limbic system which is intimately associated with feeling and memory.

Personally, I can relate to this little bit of science. I have a favorite smell that can—and will—instantaneously transport me back to some wonderful times I enjoyed as a child. The smell actually has a name—“biblichor”—and it refers to the “the woody smell of organic compounds in paper of old books breaking down, as in cellulose and lignin”. The smell of woods and grasslands? How could someone not love the smell of such a place?

The smell of biblichor will take me back to the countless days I spent in the public library near my house, where each time I went was like walking into an entirely different world.

There were always other people there, sometimes a few, sometimes a few more than a few, sometimes a mixture of people I knew and onee I didn’t, all different ages and types sitting in the solid chairs at the heavy tables reading or standing in one of the aisles with an open book in their hand. Even the two librarians—older, somewhat heavyset women, each with a pair of reading glasses hanging from a chain around her neck—seemed to belong in that silent world where everybody instantly had one thing in common. Books. We were all there for the books. Rows upon rows of them, each one with a different title and a different story inside such that simply walking down the aisles felt like going on a trip through both space and time. That was what the library was to me—a place to explore, to imagine, to learn, to be on my own while in the company of others, part of a collection of people who were connected by a common, basic interest in what only a library can provide.

Since my childhood, I’ve lived in two towns that didn’t have a library and can say, without reservation, that both towns were the lesser for it. And so, in contrast, I can likewise say that Eads—Kiowa County, as a whole—is indeed fortunate to be blessed with such a place, for libraries bring something very unique and important to a community. A world of possibilities.

With that said, what follows is a brief history of the life, thus far, of the Kiowa County Public Library. 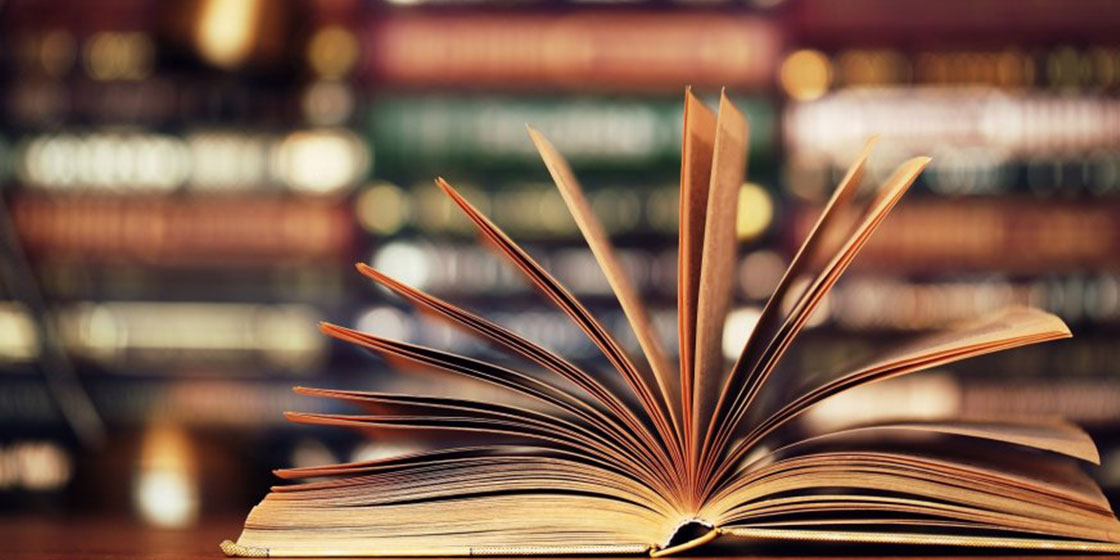 LONG TIME GONE
and the World of Possibilities

In 1935, smack dab in the middle of the Great Depression when the world seemed to be in a never ending battle against the forces of dust and despair, the Eads Literary Study Club under the leadership of Mrs. W. H. Herzog as president organized the creation of a public library. It seems that the women of the club had recognized the pressing need for such a place, and having committed themselves to doing so, essentially made it happen. It also seems that the community was only too happy to help. And so, the Kiowa County Public Library was born.

The county commissioners furnished a room in the courthouse. A new table lamp for reading was donated by the Highland Utilities Company. Mr. and Mrs. Higginbottom donated a desk, and W.C. Roberts refinished it. Eads City Council donated a catalog card file and many of the local merchants throughout the county were generous in donating funds to promote the project.

The Literary Study Club then launched a series of fundraisers. They sponsored a “picture show”—a Zane Grey story titled Nevada. They also put on a “home talent play” titled So, You Are From Missouri? Directed by Miss Olive Denny and with a cast of 5 men and 5 women—all local talent—the play was performed to a full house. The profit? $40.49.

The library’s inventory consisted primarily of books that had been donated by the residents of the county. Before long, additional books were donated by the American Legion Auxiliary, the county commissioners and the Fine Flats Community Club. The Eads City Council paid for subscriptions to 8 magazines.

Prior to opening, the task of preparing the books and the room for use as a public library fell to a group of hard working, dedicated women who applied the same tenacity as was called for in the library’s creation. Among them were Mrs. Herzog, Mrs. Vrooman, Mrs. Stockstill, Mrs. Wood, Mrs. Lancaster, Mrs. France, Margaret France, Betty Vincent and Miss Morris.

With a total of 600 books on the shelves, the library opened its doors on August 10, 1935. A total of 37 books were checked out on that first day alone, and Margaret France was the first library patron to do so.

After becoming a WPA project, there was funding to hire a librarian, and Miss Florence Morris filled the role. Sometime later, Mary Johnson was hired as the assistant librarian. In testimony to their devotion to the library, the two women kept the library open throughout the year, even during the three winter months when there were no WPA funds to pay their salaries.

In addition to the 600 books to check out, there were an additional 14 books on the “pay shelf” where borrowers had to pay ten cents to read the books. By the end of that first year, there were 1500 books on the shelves, and 660 people had checked out a total of 4,700 books, testifying to the genuine need and appreciation for a public library in the county.

WPA was never meant to be a permanent project, and so, in 1938, the voters were asked if they would agree to a .02 mill levy to finance the Kiowa County Library. The measure passed by a huge margin.

In 1939, the library was organized under the sponsorship and supervision of the county commissioners. Mrs. Marion Wimp was appointed to the position of Librarian by the county commissioners, a position she held for decades. In that same year, the library books were moved to the new City Hall on the corner of 12th and Slater. The library grew in books, in patrons and exposure as Mrs. Wimp and her assistant, Mrs. L.M. Johnson, routinely hauled books to both ends of the county. In August of 1956, everything—the library, the books, the shelves, the card catalogs, the desks and lamps—was moved to the basement of the courthouse where it is still located today.

Since April of 2012, Kemma Alfano has been the director of the library, and her vision has expanded the library to include a new and wonderful role. In addition to books and a whole plethora of other services, programs, benefits and items to checkout, Kemma focuses not just on what’s inside the library but on the people who come there, as well. “We’re not just about books,” she says. “We’re about other things, too. Important things. We want the library to be a welcoming hub, a place where everybody feels welcome, whether they live here or not. We know that’s especially important for newcomers who feel isolated, so we try to be welcoming to everyone who comes here.”

And so what are the other services the Kiowa County Public Library has to offer? That question will be answered—and then some—in next week’s edition. Until then, the public library welcome mat is out for anyone who wants to see for themselves, firsthand. It’s a trip I highly recommend.