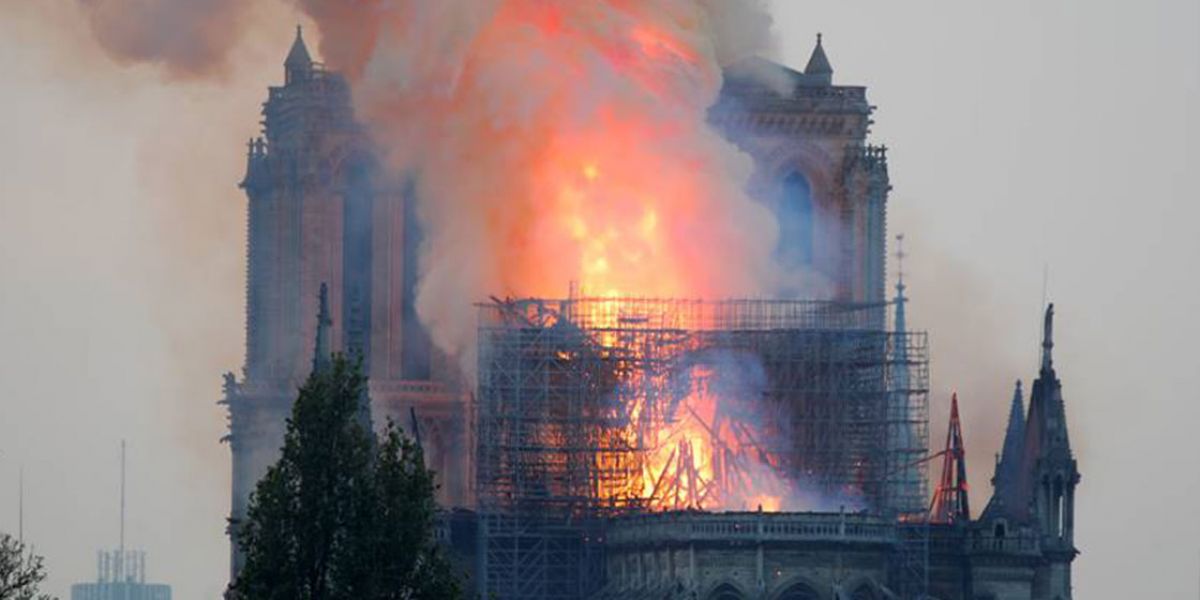 Long Time Gone and Notre Dame, Our Lady of Paris

In the midst of elections—both those that have just passed and those looming on the horizon—and investigations and legislation and political partisanship that has us at each other’s throats, there are, nonetheless, times and events that call upon us to just stop and look and think and reflect on what’s happening around us. These events remind us that we, no matter where we are, are not the center of all that matters just as we, no matter our age, are not the only generation that has ever lived. Other places matter in any myriad of ways. Other generations matter, for they accomplished extraordinary things. 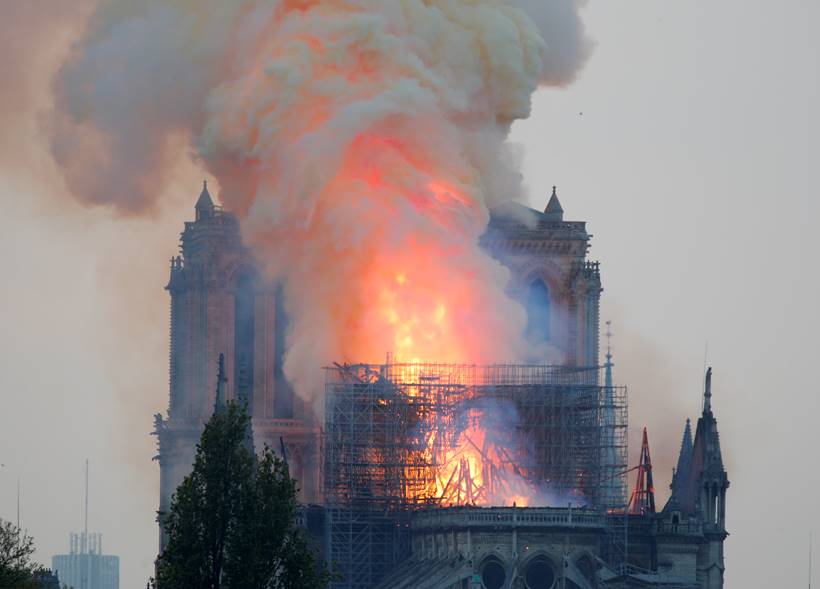 This week, the people of Paris…of Europe…of the world watched in helplessness, agony and horror as a cornerstone of European history was brought to its knees by fire.

The Cathedral of Notre Dame. Our Lady of Paris.

Built as a stunning and truly unequalled example of French Gothic architecture, construction on Notre Dame began in the 12th century and was not finally completed until 200 years later. Two hundred years. That fact alone must not be glossed over. The United States, as a nation, has only been in existence for a little more than 240 years, which is less than a half century longer than it took to completely construct this truly magnificent cathedral. Roughly six generations are born and pass away in the course of two hundred years, and there can be no doubt that generations of carpenters and masons and craftsmen from the same families were born, worked on and died while Notre Dame was created, all of which was done by hand.

In an age where we don’t have the patience to sit and read a book or converse on a topic at length or listen to a piece of music that is longer that five minutes long, who among us can even imagine the dedication, patience and devotion it must have taken to work on such an enormous task while, for some, there was the knowledge that they were not there when the cathedral was begun and would not be there when it was finished. And yet, these people, these artisans in their own right, still devoted themselves to its creation. From the extraordinary rose windows crafted in the 13th century to the wood for the soaring cathedral that was made from trees that were 400 years old at the time they were felled in French forests that no longer exist, these men poured their lives in to Our Lady. 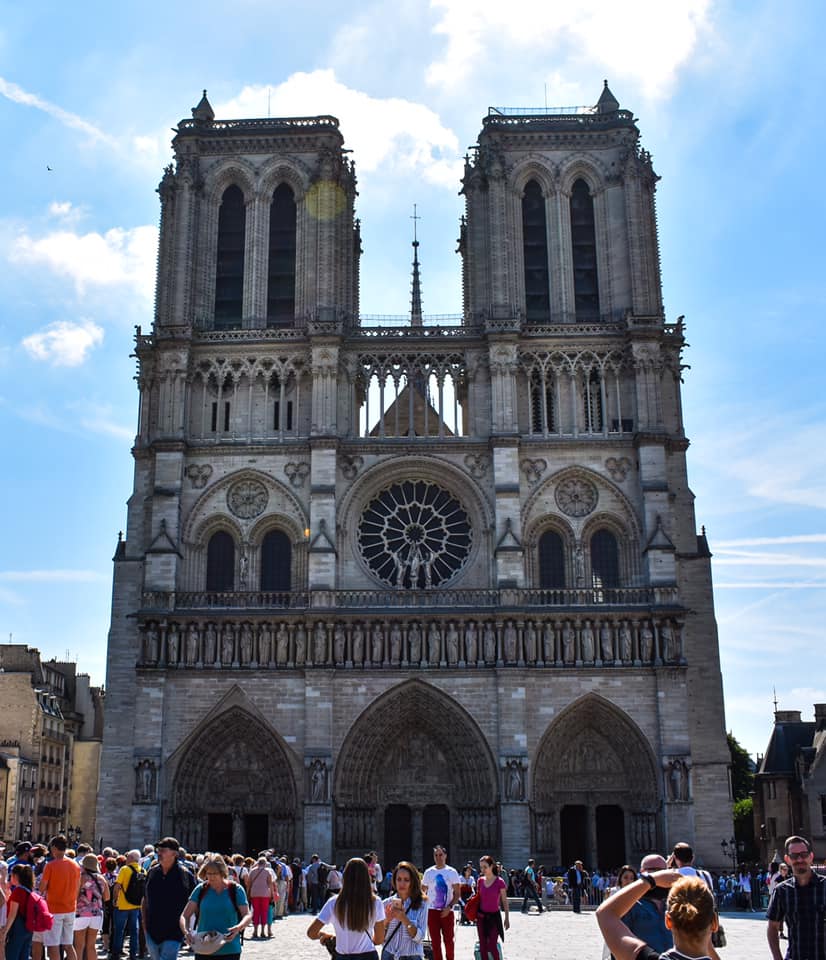 There is something about Notre Dame that speaks to us as human beings, for 13 million people visit the cathedral each year. That’s an average of 35,000 people every single day. What is it that draws us?

Some of it, of course, is its notoriety for being such an iconic structure of France. And, of course, there’s the resplendence of its architecture. But there are many iconic buildings in the world, many architectural wonders to behold yet few, if any, would have drawn the gasps or elicited the sorrow and disbelief felt by so many upon hearing of the fire.

Maybe the draw, the connection to the place—for those who have seen it in person and those who have only seen photos from afar—is not just one thing but a combination of many, many things.

Notre Dame has survived 800 years, years that have contained some of the most conflictual, revolutionary, inspirational, frightening and violent times in human history. She survived the riots from the Hugenots, desecration and burning during the French Revolution and the Napoleonic Wars, the First World War, the Nazi occupation and, still, she stood. She has also been a place of peace where one man after another, one woman after another has gone into the sanctuary and spoken to those deepest and most sacred parts of their faith and themselves. She is a monument to the struggles and accomplishments of history. She is a monument to the divine power to be found in faith.

And that may well be why Notre Dame has beckoned people from all countries and all religions of the world. Perhaps, this extraordinary building has stood as a symbol of what is possible when human beings devote their imagination, their creativity, the sweat of their brow and the tears of their devotion to something that is larger than themselves.

I’ve never been to Paris, never seen Notre Dame. But, when I was a little girl, I saw an old black and white movie starring Lon Chaney and Maureen O’Hara. It was the story of a terribly deformed, half blind man who is the resident bell-ringer of the massive bells that hang in the towers at the Cathedral of Notre Dame, the repeated tolling of which have resulted in making him deaf. Abandoned as a baby by his mother on the steps of the cathedral, this man, this “hunchback” who is known by the name Quasimodo, has spent his life as the object of relentless scorn and mockery from the people of Paris. One day, after being lashed to a wagon wheel where he was fated to be whipped, he is rescued and tended to by a beautiful gypsy named Esmeralda, a woman with whom he falls deeply in love. When she is attacked by the villain in the story, Quasimodo saves her by throwing the villain from the parapet of the cathedral but not before the villain stabs him three times. As Quasimodo lays dying, he sees Esmeralda embraced by the man she truly loves. Tragic as it is, Quasimodo dies having been redeemed—not just as the man who killed the dark villain of the story but as a man who, however briefly, knew love in his life. 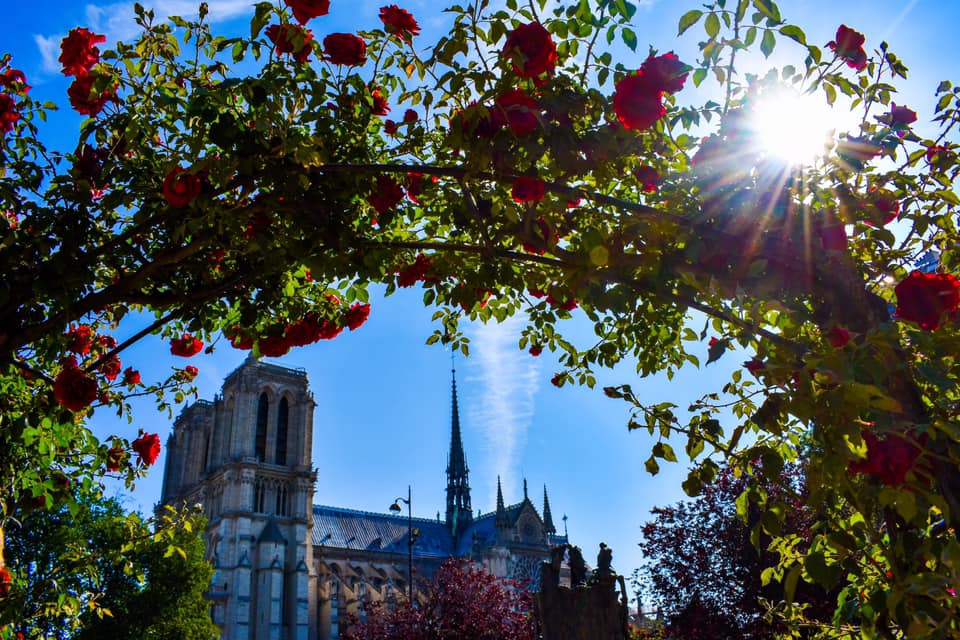 The name of the film was “The Hunchback of Notre Dame”, based on a novel by the same name and written by a French novelist and poet named Victor Hugo. Through his novel, Hugo is the man many consider to be responsible for showing the world what the Cathedral at Notre Dame truly represented in all its glory and achievement and transcendent meaning.

This is Holy Week, and it comes as no surprise that many are struck by both the tragedy and significance of the cathedral burning during that holiest of weeks that symbolizes the death and resurrection of Christ.

And perhaps there is the greatest lesson to be learned in the building’s significance, for, even as the great structure was still burning, the French President Emmanuel Macron vowed to rebuild. It is a cry that’s been picked up by the rest of the world.