Long Time Gone Presents: Percy R. Devereaux, His Quite and Not so Quiet Life

There is no telling how a man named Percy R. Devereaux ended up on the High Plains of Colorado in the small town of Eads, which had only been actually an official town for 20 years when Percy arrived in the year 1909. Nonetheless, he did end up in Eads. And he left his mark in a most remarkable way. 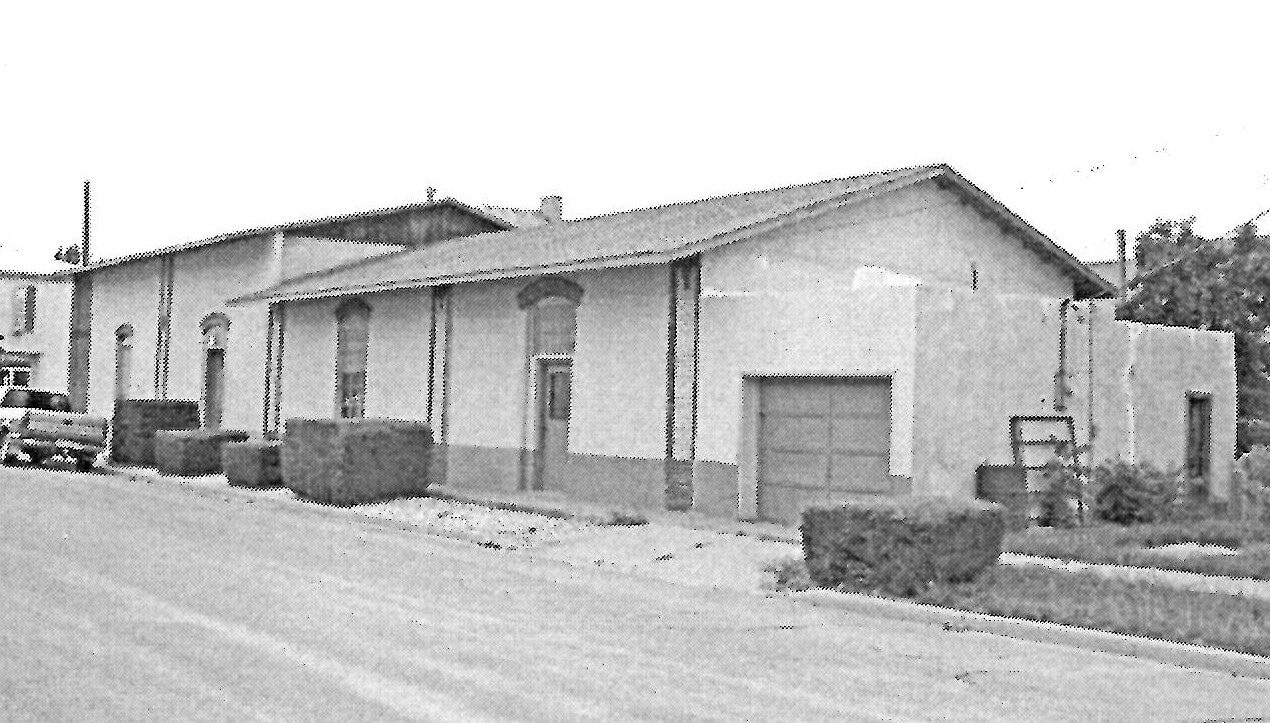 Born in a very small village named Castine in a county named Hancock in the very “propuh” state of Maine in the year 1875, Percy was the son of George and Frances and the middle child of five children, all girls save him. .

He came from a farming family. His father was a farmer, as was his father’s father and his father’s father before him. They all lived within a mile of each other, in small and rather similar houses on small farms, even in a time when many farms in Maine were small. However, they had little choice in the matter, given that none of the farms belonged to the Devereaux family. From what records are available, it seems three generations of Devereaux men rented land from the same family for decades.

By all accounts, it would seem that Percy was destined to live a quiet and humble life, for that is often how life was in 1875 in Maine. Humble and quiet. But there were moments—at a barn raising or a quilting bee or a Sunday picnic—when the joy of life would make itself known in the most unexpectedly beautiful ways. It might come out in a song sung by the women as they quilted. Or in a glorious bouquet of flowers set on a table. Or a “clean” joke that had just a twist of “naughtiness” that would have the men laughing behind their beards while the women slapped their hands in mock derision. Or it might come out in a church service—for there was a great deal of religion in Maine in those somewhat early years and some of that religion was “radical”, to use the terms of the times. After all, Maine was still…frontier. In a way. But not in a Colorado kind of way. That would come later.

Yes, it would be fair to assume that Percy would live a quiet and humble life except for the name he was given at birth. Born in a family filled with women named Mary and Martha and Ruth and men named Luther and Isaac and Elijah and George, Percy was named…Percy. As if something in either George or Frances longed for something other than…Maine.

For whatever reason and by whatever means, Percy left Maine at the age of 18 and headed west—and not just a little west but into-the-mountains west where he lived first in Paonia and then Minturn and then Delta. He tried his hand at working in the mines—even invested a little money in one but lost it almost as quickly as it was invested, which ended his career underground. No, it seemed Percy liked being above ground much, much more. And for an occupation? Well, you can take the boy out of the sensibility of Maine but you can’t take the sensibility out of the boy, for Percy soon settled on an occupation that would have him employed wherever there were men with hair that needed to be cut. As is quite obvious by now, Percy became a barber, even striking out on his own, albeit briefly, when he opened his own barbershop in the Minturn Hotel, only to sell out and move on a few months later.

It’s not exactly clear how, but, at some point, Percy met the love of his life. Her name was Lorean J. Reynolds, and she was born in Granada. She was 20 and he was 22 when they married on October 3, 1897 in the town of Glenwood Springs. They moved from there to Delta, where they lived for a while. Still restless, they then moved to Pueblo, where they lived until 1909. During those 12 years, they did what the Devereaux family had always done. Percy supported the family, barbering (instead of farming) while Lorean had children—four of them, to be precise: George, named after Percy’s father; Francis, named after Percy’s mother; Percy, named after, well, Percy. When they came to their fourth and final child, they decided on the name Merle, probably due to having run out of relatives by that time.

In 1909, for whatever reason, the Devereaux family headed east, landing in Eads. And for a time, it seemed like they had landed where they were meant to land. Percy became very involved in the community, helping whatever friend or neighbor needed help. Lorean, likewise, did the same, quickly becoming known for her “loving and gentle spirit”.

But then, in 1913, the bad news that every self-respecting resident of Maine knows is never far away, came knocking at the door.

Lorean was diagnosed with cancer.

For the next two years, Percy sought out every doctor and every form of treatment to save his dear Lorean, but it was not to be. Lorean passed away on February 19, 1915 at the age of 38.

Her obituary, written by Percy, himself, stated that “Services were held by Reverend Johnson and she was buried at the cemetery near Eads. The Odd Fellows and Royal Neighbors had charge. The floral arrangements beautifully expressed the sincere and tender affection for the dear one whose earthly life had closed.”

Wherever it came from, once released, it came on with a fury. Percy decided what he really wanted to do with his life, and it had nothing to do with the real life he had led thus far. 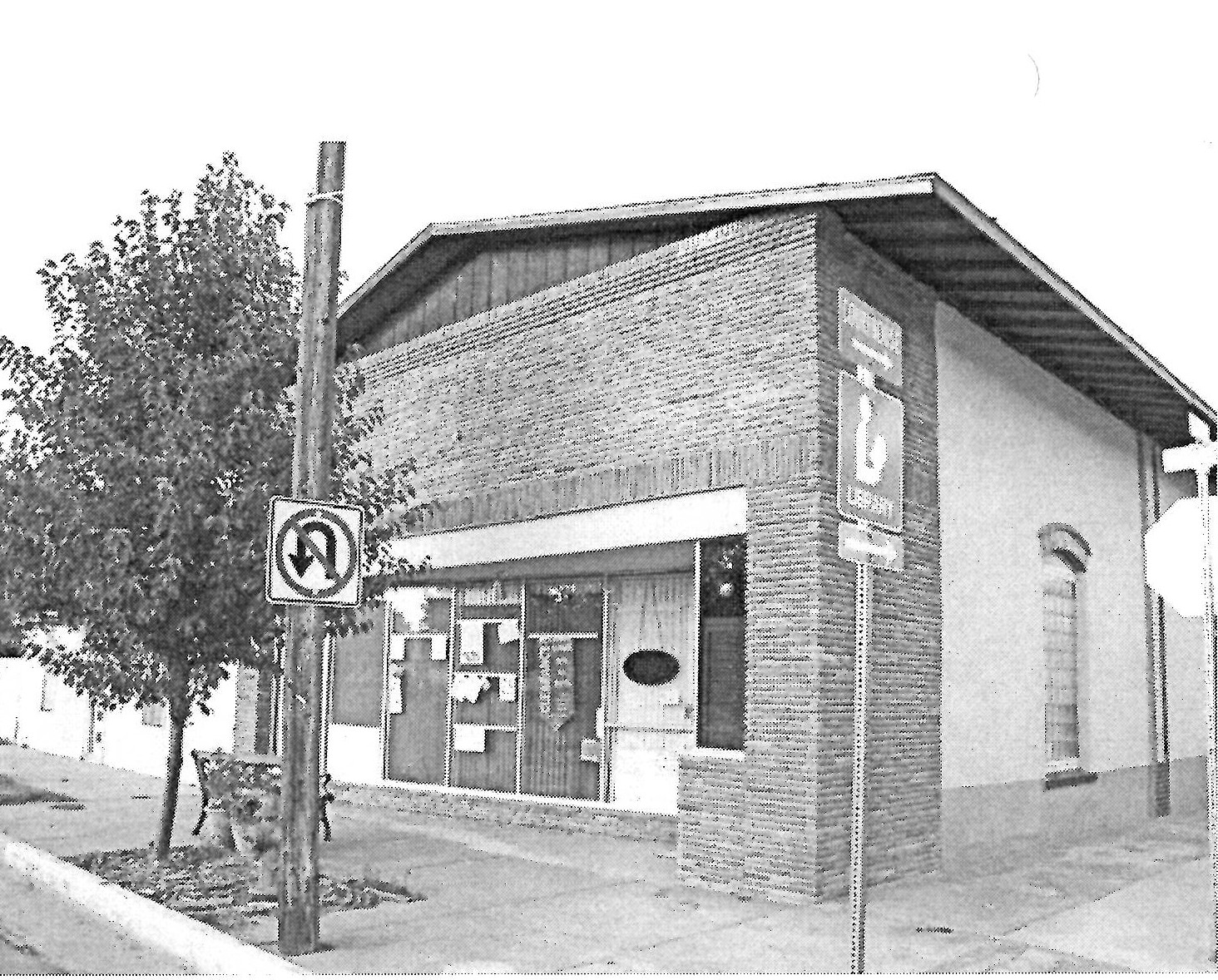 Granted, he had already tried his hand at the business when he and a friend converted an old garage into a movie theater. But this was different. This was going to be a bona fide, genuine, built for the purpose of movies movie theater, and it was the first movie theater in Eads.

He built it himself—metaphorically if not literally—each stage of construction carefully chronicled in the local newspaper, each concrete block painstakingly made and stacked. The final structure, which was 30’ by 100’, had a hard wooden floor—perfect for dances, masked balls and wrestling matches (which he offered on nights when the movies weren’t showing)—that also allowed him to move chairs in and out with ease, which he did every Wednesday night, Saturday afternoon and Saturday night.

He named it “La Cinema” and, as was written, it was the “first real moving picture theater in Eads in a beautiful new theatre, built especially for Percy’s new business. A first class picture machine was installed and high class pictures are shown”.

Yes sir, every Wednesday night, Saturday afternoon and Saturday night, actors like Mary Pickford and Douglas Fairbanks, Junior graced the silver screen while “Dad” Strahern “tickled the ivories” and played the music to accompany the films.

For six glorious years, “La Cinema, owned and managed by Percy R. Devereaux” delighted adults and children alike with films like “The Love Expert” and “Taming the West” and “Marked Men” and “The Girl in Number 29”. And, on the off nights, there were wrestling matches between the likes of John Grett of Brandon and “China” Chronister who would battle for a purse of $100 or “masque balls for Halloween” where, one year, Miss Gertrude Fischer was crowned Queen and led the Grand March.

It must have been wonderful.

And then, on the last day of the year 1926, Percy sold the theater to Mr. I.C. Butterbaugh who vowed to show “only good, clean movies”. 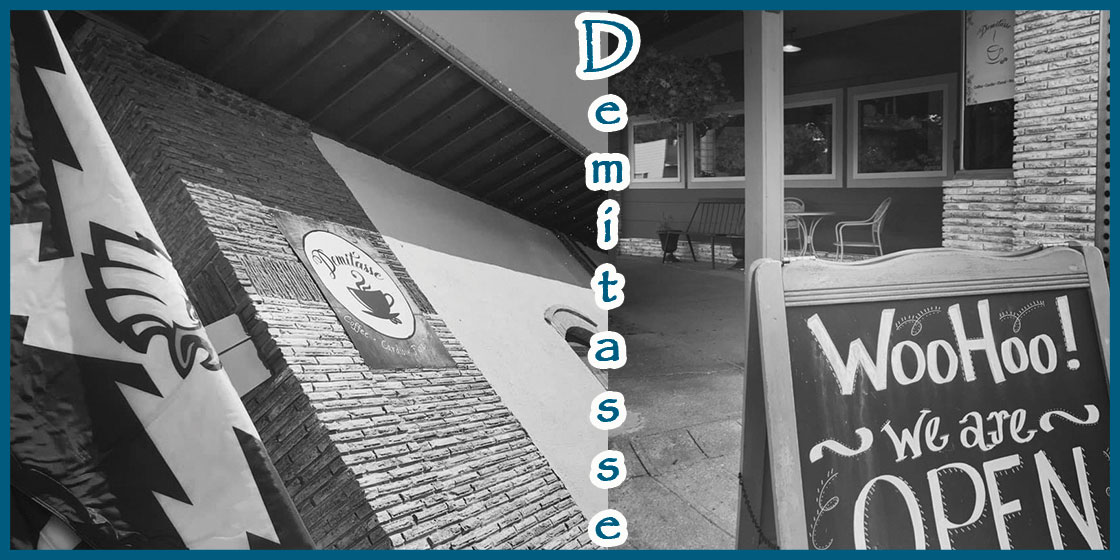 Butterbaugh opened the theater, renamed “Eads Theater, with “The Flaming Frontier”, a “light-hearted romance set at Custer’s Last Stand”. In Butterbaugh’s words, “It’s a movie that will make an indelible impression upon the minds of young children about this epic battle that took place just 50 years ago.”

Just a few days after Butterbaugh’s premier film, Percy moved away to Enola, Nebraska where he worked for 2 years as a “Fox Superintendent on a Fur Farm”.

Who would have seen that coming?

After apparently discovering that Enola was not what he thought it would be, Percy returned to Pueblo where he rented a small house and continued working as a barber. He died, never having remarried, in the year 1932 at the age of 85 and was buried 115 miles away from Lorean.

Some may look at Percy’s life as a sad life. Others may see it as just…life. And still others may see it for what it was…decades filled with the humble, quiet yet deeply satisfying existence of father and husband punctuated by six years of a glorious bouquet of fantasy and wonder on a silver screen while Dad Strahern tickled the ivories and Percy dreamed his dreams.