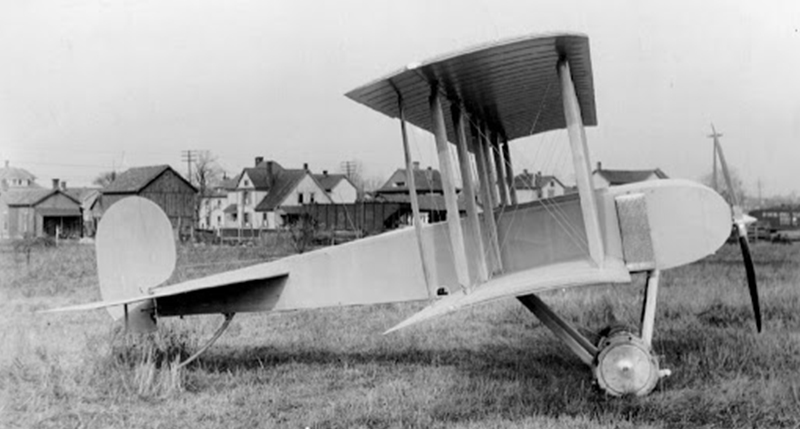 The nature of a town is frequently born in the past, for the past is the best predictor of the present. And stories—those stories the town chooses to tell and, once told, chooses to remember—reveal more about what lies at the heart of things than almost anything else.

Author Sue Monk Kidd once said, “Stories have to be told or they die, and when they die, we can’t remember who we are or why we’re here.” Those words apply to the story that follows. It describes the fourth of July as it was celebrated one hundred and four years ago, give or take a week. And the story takes place in the small town known as Haswell.

This story speaks volumes about the nature of Haswell as its people celebrated the birth of the nation on the “glorious Fourth” of July in 1916. What can be found in the words of the writer and the town those words describe is a heart that is generous in acceptance of others, appreciative of those things that make people so human and joyful at being in the presence of others.

“July 4th, 1916. Haswell was celebrating the Glorious Fourth in a manner never seen before or since. Arlington (believe it or not) had celebrated the Fourth in 1912. They had a lunch counter and ice cream stand, also a ball game of sorts in the afternoon.

Haswell didn’t propose to be outclassed in this manner, so plans were made to put on a celebration folks would remember. The Commercial Club was at the head of all plans for the Celebration. The main attraction for this event was to be an airplane flight by one of the pioneer aviators of Colorado, a fellow from Colorado Springs by the name of Bowersox and I suspect that his name may have been spelled Bauersachs, though I am not sure of this.

This man was an employee of the Colorado Springs Post Office, and according to a newspaper article of those days he was very much interested in aviation, and had “saved up his rocks” and made a trip to Dayton, Ohio where he studied flying with the famous Orville and Wilbur Wright. Then he proceeded to build a biplane patterned after those used by the Wright Brothers.

The Haswell Commercial Club, in some manner or other, raised the money and hired this early day aviator to bring his plane to Haswell and make a flight on this July 4th, 1916. As to the amount he was paid, I imagine probably three hundred bucks—a lot of money.

So, the day dawned bright and sunny and folks started to gather in town for the festivities. Not too many folks have cars—the good old horse and mule still holds forth. My brother and I cruised into town that morning on my Indian motorcycle. This type of vehicle is referred to as a “go-to-Hell-quick”. My father and mother came driving into town a bit later with our gray pony team and top buggy. Quite a combination, if I say myself.

Folks gathered there on this day from miles and miles away over the countryside – a considerable showing of ranchers and cow punchers from the Adobe Creek country and other places. A ball game got under way during the forenoon. Along about the time the game was over, a young cow puncher by the name of Jim Boyle came to me and said – “Lloyd, if you don’t mind, I’d like to ride that gray pony mare of yours for a collection taken up from the crowd.” The pony mare had unloaded some of the local guys. When I saw this happen a time or two, I sorta lost interest in trying it myself – decided I was just a mite too heavy for such light work. So I said, “Sure, Jim, it’s okay with me.”

While all this was going on, Jim’s brother, Roy, had been circulating around through the crowd taking up a collection which should have gone to Jim according to the original plan. But, just about this moment, not 100 yards from where the boys were standing, a freight train was pulling out of town. Roy looked over at the moving train. And then he said, “Jim, do you see what I see?” Jim did. Two minds with a single thought, I believe the poet stated it. Anyway, the boys just touched lightly on the higher elevations over to the railroad track, through the barbed wire fence—collection and all—each one nailed a coach car and climbed aboard, and they were on their way to Kansas and the wheat harvest.

Then came the crowning moment of the day—the flight of the man and his flying machine. As evening wore on, it became just a bit cloudy—the biplane was wheeled from the place where it was assembled and down to the ball park. There it was swung into place facing the east and where it had an area for the take-off. It was an item of wonderment for one and all, powered by a six-cylinder mostly all aluminum motor built in Detroit. The “prop”, motor and all was back of the flyer, it being the pusher type. The flyer sat in a sort of wicker seat, the wheel which controlled the right and left turns was just in front of him. The gas and spark controls was located where they could be touched and operated by either elbow.

Ranchers were all over the place with money bet that he’d never get ‘er off the ground.

The final big moment had arrived. The flyer set his controls, went back and spun the prop and it took off the very first time. Then he climbed into his wicker seat, reached over with one elbow to give ‘her a little gas and he was moving down across the old ball park. At this instant, he nudged up the gas a couple more notches and this time it took off and slowly gained altitude, finally getting up around a 100 feet or more, and along about there he sailed over Dave Cline place, then crossed over north of the railroad and came back toward town. He gave all a most excellent view of the plane. He figured that he flew about eight miles so he landed on the level ground up just south of the schoolhouse.

With the plane flight over, it was the end of the day for a lot of the folks, and they started heading out for home in all directions. Not so for everyone, however. They had a dance that night, and the festivities continued on—perhaps even a bit on the increase as the hours went on.

No matter how long I live, I believe I will always remember those who gathered there to take in that memorable celebration.”