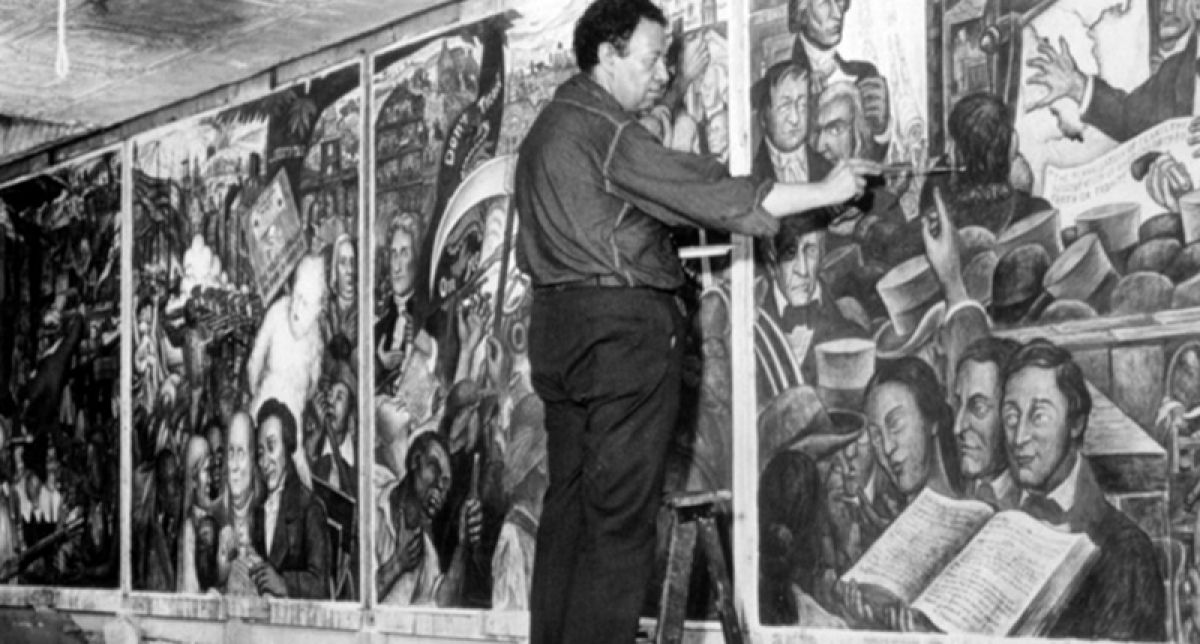 In 1854, Stephen Foster – considered the father of American music – wrote a song titled “Hard Times Come Again No More”.  In its day, the song was extremely popular in both the United States and Europe, and its message was simple. Those who are fortunate and blessed with abundance in life should be mindful of what life is like for those whose day to day existence is filled with fear, worry and the burden of constant struggles. The lyrics say it all.

The song is still performed today, 146 years later, by performers from Bruce Springsteen to Dolly Parton, and there might be one very good reason for its enduring appeal. With very few exceptions, “hard times” is a universal experience. Who among us has not had those sleepless nights where we worry about how we and our families are going to survive the hard times knocking at our door?

The last year has been one of the most challenging years this nation has ever faced with an economy that has tanked, millions out of work, schools experiencing great disruption and businesses shutting their doors forever all due to a virus that came to our shores with a vengeance that has taken the lives of almost half a million Americans with more loss of life to come. Never has the word “unprecedented” been used so often and for such justifiable reason.

But the truth is that this is not the only time the country has been filled with such sorrow, yet what came out of a time of enormous crisis can actually be a source of inspiration for us today.

The Great Depression , a severe economic event that swept the world, started in the United States in 1929 and lasted for almost eleven years. From 1929 to 1933, unemployment jumped from 3.4% to 24.9% across the country, with some cities reporting 80% -- 8 out of every 10 people being out of work and no jobs to be found anywhere. Agriculture was devastated by drought, causing land values to plummet, farmer debt to skyrocket and banks to foreclose. Historians estimate that nearly 2 million people left their farms and hit the road with what little they had in search of someplace to start over. Businessmen panicked and sold off their inventory for next to nothing, causing further deflation in the economy.  While the wealthiest people profited off the losses of others, the rest of the country struggled and starved.

At that time, there was no such thing as “unemployment benefits”, “food stamps”, “welfare” or “social security”.  People in the city relied on soup kitchens and bread lines, food often donated and served up by charitable organizations who did the best they could to provide something – anything – for the millions and millions of people who were literally living from one meal to the next. It’s difficult to fathom the extent of hardship people endured, and the memories of those who lived it are passing away as we lose our oldest generation.

Herbert Hoover was president of the U.S. during those first four years. A staunch conservative, Hoover ran on a platform of “peace and prosperity and a bright future ahead”.  He had only been in office for seven months when the Depression hit. Despite being known as a compassionate humanitarian, Hoover was limited by a staunch conservative outlook of limited government opposing broad federal programs that he felt “threatened individualism and capitalism.”

“Prosperity cannot be regained by raiding the federal Treasury,” he was quoted as saying, instead encouraging people to rely on local and state efforts for relief. That approach, complicated by what some historians describe as a general failure to grasp what was happening to the American people, led to him being blamed for the extensive catastrophe that soon consumed the nation and took enormous toll on people’s lives.

In 1932, almost three years to the day after the stock market crash that led to the Great Depression, Franklin Delano Roosevelt (FDR) was elected to office and inaugurated on March 5, 1933. He assumed leadership of a nation that some felt was on the verge of revolution and an economy where banks had temporarily closed in an effort to stop a sudden nationwide “run on the bank” as people tried to withdraw all their money.

In his inaugural address, delivered with a solemnity that fit the times, FDR said something that would be quoted for the next 90 years, at least.

“This great Nation will endure as it has endured, will revive and will prosper. So, first of all, let me assert my firm belief that the only thing we have to fear is fear itself—nameless, unreasoning, unjustified terror which paralyzes needed efforts to convert retreat into advance.”

On March 9, just five days after taking office, FDR signed the Emergency Banking Act, using a $1.50 pen borrowed from a friend’s wife who was present at the signing. That first piece of legislation allowed the executive branch to take control of the bank industry in order to stabilize matters and re-establish the faith of the American people in their local bank by ensuring, in those banks deemed reliable, all deposits would be insured 100%.

The bill was passed by Congress – with some congressmen signing it before they’d even read it – and the Emergency Banking Act is credited by many as saving the financial institutions of America from ruin.

What soon followed was an expansive program FDR called “the New Deal with the American people” or “the New Deal” for short.

Using the full extent of power available to the federal government, FDR, with the majority support of Congress, enacted a total of 15 programs that did what he emphasized needed to be done:  get Americans the help they need and, as much as possible, get Americans back to work.

And while there was certainly no shortage of people criticizing FDR at the time, and no shortage of those who have criticized him since then, programs enacted by FDR during the New Deal continue to enrich the lives of Americans today.

Because of the New Deal and the Social Security Act of 1935, tens of millions of Americans are guaranteed pensions, unemployment if they lose their job through no fault of their own and Americans can rest assured knowing the federal government will help care for dependent children and people with disabilities. We have the Farm Credit Administration, the Tennessee Valley Authority which brought electricity to the Tennessee Valley, the Federal Housing Authority which regulates mortgages and housing construction, the Federal Art Project which was responsible for some of the nation’s leading photographers to document life in the 1930s and artists who created stunning murals at various government buildings throughout the nation.

The New Deal created the Works Project Administration which, sometimes in conjunction with the Civilian Conservation Corps, was created to put men and women back to work. The legacy of the WPA is everywhere. Men with the WPA built Eads Town Hall, Weisbrod Memorial Hospital and the American Legion Fairgrounds pavilion. Workers with the WPA also built Rocky Mountain National Park – including multiple buildings and trails, Mesa Verde, Red Rocks Amphitheater, the Arkansas Valley Fairgrounds Stables in Rocky Ford, the Baca County Courthouse in Springfield, the post office in Rocky Ford including its extraordinary mural, the Savage Stadium in Lamar, the Burlington Gymnasium, the City Park in La Junta, the Colorado Mental Health Institute – part of Colorado State Hospital in Pueblo, the Colorado State Fairgrounds, the Douglas Crossing Bridge over Two Buttes Creek, gymnasiums in Hugo and Two Buttes, the Hoehne School and Gymnasium in Los Animas, the town hall in Holly, the post offices in Lamar and Las Animas and literally hundreds of other public works projects throughout the state, which was only one state of forty eight states where public works projects were constructed.

The Civilian Conservation Corps created work camps for young men who were paid to restore and create new trails through many State and National Forests that are still in use today, to restore old wells and build new irrigation systems on public lands used for grazing, to build dams, to work on soil conservation through training provided by the Department of the Interior and to address areas of devastating soil erosion.

The list of what was done in America by Americans during the Great Depression -- the most paralyzing and devastating time in recent history – is as impressive as it is long.  But it must not overpower the greater lesson to be learned.

Hard times are a part of life, perhaps even necessarily so. But the hard times, in and of themselves, do not determine who we are as a nation and a people. What makes the determination is what we do with the hard times we encounter.

In looking at the Great Depression, one must not skip over the fact that the young men who worked in the WPA or the CCC were, in many cases, the same young men who put their lives on the line during World War II and returned from that war to become known as “the Greatest Generation” for what they accomplished in the years following the war.

Against that backdrop, what will be said of how we were, as a nation and a people, during the most expansive, deadliest pandemic this generation of adults has ever known? Did we, as the song implores, consider the fate of those less fortunate? Or did we place our own well being above others? Did we work toward the collective good or did we view each other with distrust and suspicion? Did we seek to blame others or did we unite so that we all may move forward together?

Each of us may answer that in our own ways, probably – especially these days – determined by what we believe.  But the truth is that history will be the judge of us all as well as those future generations who, years from now, will study who we were and what we did during this time. We can only hope that, somewhere, they will find inspiration in our actions as we find inspiration in those who went before.