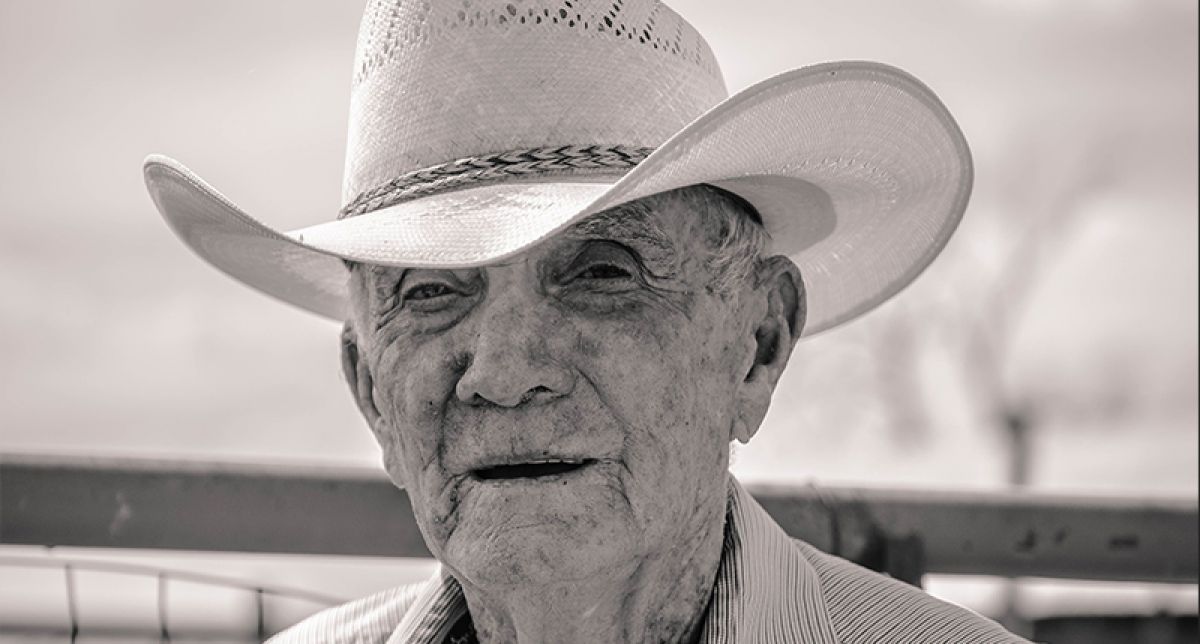 Long Time Gone and the Blizzard of '46

A great man once said, “Forces of nature act in a mysterious manner. We can solve the mystery by deducing the unknown result from the known result of similar events.” While I highly doubt that this great man was thinking of cattlemen when he said that, his words nonetheless are a somewhat dry but very accurate  description of what cattlemen and women have experienced the past few days.

Last week, meteorologists predicted a record-breaking storm with dangerously low temperatures that would settle in on the High Plains and put all living things outside at significant risk of frostbite, hypothermia or worse. The warnings were ominous, deservedly so, but ranchers were already a step ahead. They knew “the result of similar events” they had experienced in the past and the result others may view as unknown was very well known to them.

A wind chill of thirty-five degrees below zero will bring the worst kind of heartbreak during calving season.

So, while others bundled up and hunkered down around fireplaces and space heaters, ranchers—fathers and sons – ventured out into the coldest weather the High Plains had ever seen, hoping to rescue baby calves as soon as they dropped and take them to shelter where they’d stand the best chance of surviving.

That’s exactly what one rancher did, ending up with baby calves in his garage-turned-nursery all night long for several nights in a row. The report in the morning was nothing but good news, despite a thermometer reading -29. “The babies, after getting dried off, stood up, were fed from bottles and are all back with their mamas.”

But let there be no doubt; each one of those baby calves was, in and of itself, a hard-won victory achieved only after driving all over hell and back keeping an eye on mama cows about to drop while transporting newborn calves back to town. And, despite a good outcome, there’s a good chance the rancher is still thinking of the three calves he didn’t get to in time.

In the middle of events like this, most ranchers do not have the time or inclination to think of the stories they’re making. If asked, it is a good bet the response will be a shrug and “just doin’ what has to be done”. But it is what people do to get through events like the one that just passed, and what other people have done during other events that have come before, that make up the tapestry of life on the High Plains. It is just one more testimony to the grit, commitment and determination it takes to live the kind of life that most people can’t imagine living while those who live it can’t imagine living anyway else.

This brings to mind another story about another storm – the blizzard of ‘46 as lived (and told) by Lowell Johnston and his wife, Joyce. In honor of the Johnstons and all the other ranching families who continue to defy the odds and the mysterious forces of nature, this seems like a real good time to tell it again.

Long Time Gone and Stories of the storms

In Colorado, March and November are the worst months for blizzards, and blizzards are deadly for cattle.

“We were hit hard a couple of those years,” Joyce says and goes on to describe a storm that carried such snow and wind that it completely buried a shed that held some cattle.  She gestures toward the building which can be seen from the window.   “Snow was all up and over the top of that shed.  When it was over, we found some cattle dead in a stall. Others that were trampled.  But the ones that made it, made it by just stomping on the snow. It would blow in.  They would stomp it down.  Meanwhile, that snow was building up, and they were getting higher and higher until they were all the way up in the attic,” she says.  “Lowell had to climb up on the roof and take off the tin so they could get out.  I think we lost half our heifers that year.”

Lowell then speaks of the storm of 1946 when parts of the area were hit with a 50 mile per hour wind and more than 30” of snow on the level that fell in a 3-day period.  It was the second biggest snowstorm to hit the state in its history.  All the moisture resulted in a record crop for the farmers. But, for the ranchers, it only brought loss.

The storm started dropping snow at an incredible rate, and it just didn’t stop.  Ernest, Lowell’s father, knew that, if they didn’t move the herd, they stood to lose a number of cattle.  So, Ernest, Lowell--who was roughly 14 years old--and his brother set off to trail 300 head of cattle to Arlington, 16 miles away.  The trip took them 4 days.

“My dad found somebody with a tractor, and he went ahead of us breaking up the snow.  We followed behind on horseback, keeping the cattle moving. They got hungry and tired. They didn’t have any food.”  He looks down at the table where his finger traces an invisible pattern.  “If one of them stopped, we’d have to ride back and get them turned around.  We ruined our horses.  We ruined every single one of our horses.  And the first day, we only made it four miles.  Four miles, and  cattle was scattered all along the trail a good three miles back.”  He stops for a moment, remembering. “We stayed at people’s houses along the way.  People did that back then.  In fact, we stayed at this very house that first night.  When we hit the trail again the next morning, some of the cattle just couldn’t get up.  They just laid there, and we had to leave ‘em.  That was hard.”  And then, softer.  “That was hard.”  He looks out the window.  “When we got them about 10 miles south of here, they started livin’.  They didn’t get as much snow there as we did up here.  We didn’t lose anymore, once we hit that ten-mile mark.  But we still lost over half.  Nothin’ to be done about it.  Just had to try to build up again.”

He describes dead cattle piled up along fence lines for miles and rendering trucks that came from all over the state to haul the dead away.

“After a few days, the government did hay drops but it didn’t do us no good,” he says.  “We’d already moved them all out.  What’s to be done about it. Nothin’. There’s nothin’ that can be done.”