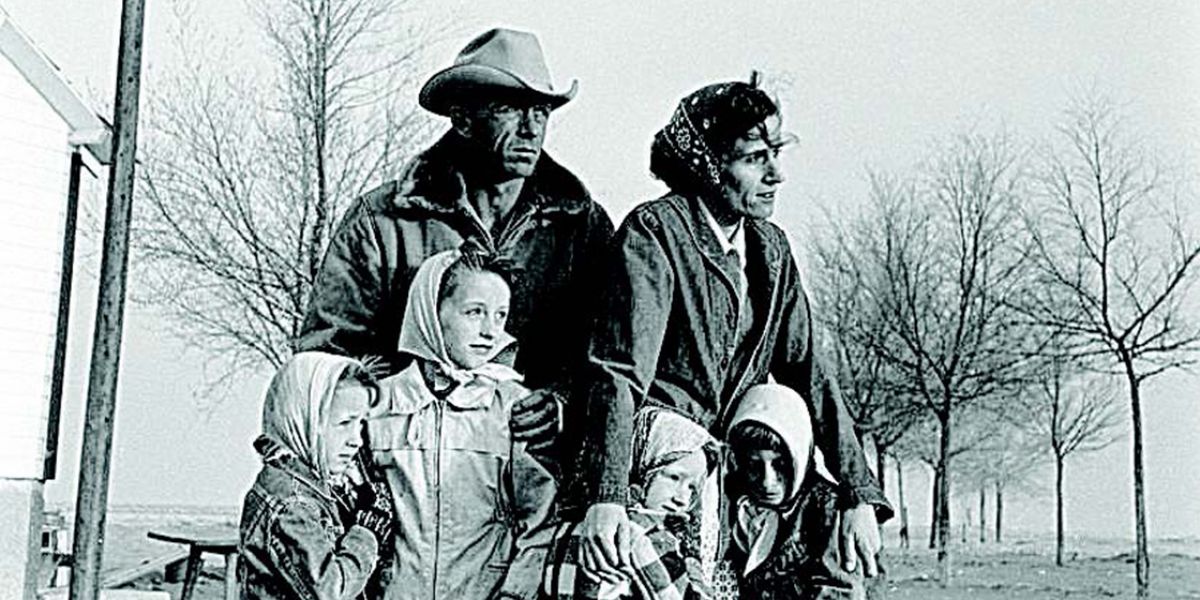 There’s a certain kind of beauty to the plains that is, from what I can tell, truly unique to this country. Let a little bit of rain fall on these expansive acres, and the most extraordinary flowers will emerge. But, unlike the manicured and pampered blossoms that adorn more “settled” places, these beauties have retained their sturdiness, their wildness, as if the sheer determination to thrive sometimes harsh conditions is an inherent part of the flower’s glory, itself.

Yes, I admit it: beginning an article about the extraordinary woman who was named Gloria June Blooding with a discussion of flowers is…over the top, as they say. In fact, I can picture—with no trouble, at all—what her reaction to such an opening would be. But, just like those flowers on the prairie, June epitomized in every way that perfect balance of beauty and grace with a tough, pioneer-like determination to do things right, all the while refusing to ever sacrifice the one for the other.

When I first interviewed June several years ago, she began with a blunt, to the point, no frills description of her life as a child. “I was born in Wannette, Oklahoma up on a hill. I was born at home. When I was born, my grandmother told my mother, ‘She’ll never make it.’ She said that because, evidently, I was just so pitiful looking.” In that same this-is-how-it-was tone, June went on to speak of her grandmother, Viney. “She was Pottawattamie, part of the Iroquois tribe that came from the Great Lakes. They came to Oklahoma on the Trail of Tears and were known as the Firekeepers. When the rest of the tribes didn’t have a spark to get their fires going, they could come to the Pottawattamie and they would have the spark.” It would not be until later, when I grew to know her better, that I realized how fitting it was that June came from a tribe known for giving “a spark”, that most basic of elements, to others when those others had lost that themselves.

In that same interview, June described meeting her husband, Art. “I met him when I was 19. I was just out of high school and was working in a café. He was a sailor. There were lots of sailors that came to the café, but when I saw him, I guess you could say it was kind of love at first sight. We got married in Dodge City, Kansas and drove an old red pick-up to get here. It was a long trip. Five hundred miles, you know.” Upon being brought by Art to the county that was his home, June embraced the role of a farmer’s wife. For years, the two of them worked the farm, side by side, through drought and wind, high prices and low. She gave birth to five daughters, all strong willed women like herself. She knew well how to cook and to sew, writing of herself that “[she} and the girls sewed new Easter outfits for many years”. In the family photographs taken of her over time, her gaze is clear and direct. In most images, there’s just a hint of a smile. In the photos taken of her and Art for Life Magazine in 1954, people described her look as romantic. For her part, June said she thought they looked “worried.” All of that…the skills and routines, the pragmatic sensibilities and economy of words and emotions…all of those things were June.

Yet, other things made up June, as well. Other moments when something…different...emerged. Something that spoke of an equally deep love for the things of life that may be impractical to some but were, nonetheless, intrinsic to who she was and probably always had been. I first saw it when she recalled summer nights as a girl. “We had grass on our lawn and the moon would shine at night because there weren’t any lights around. It was just a small little berg. I could lay out on the grass at night and read a book--the moon was so bright. So bright. You don’t hardly ever see that now. People just don’t know what the moon really looks like. It’s sad to think of the beauty they’ve missed.”

Others saw the same things in her, as well, from the moment she entered their lives. As Doris Lessenden recalls, “The first time I saw her, she had just walked out of the Schoggens Dry Good Store. She had medium long curly dark hair and black patent leather shoes…heels with three straps across the top. To a young girls’ eyes…she was so lovely.” She went on to describe June’s love of singing and music and the classical music June played for her on her phonograph.

And then, there were the friendships she had in life, those relationships where, when left in no other company than that of each other, women often leave behind those most valuable things that, nonetheless, drive them out of a sense of responsibility and perpetual love and care for others. Her sister-in-law, Maxine Blooding, gave just a glimpse of the time they spent together. “June and I were more than just sisters-in-law. We were sisters. She used to bring over her laundry, and we would iron together. It was so exciting when she had the twins. I made them dresses, with ruffles. When we ironed, I made sure to iron those.” There was her friendship with Evelyn Garner, who lived just down the road. As June’s daughter, Mary, recalled, they had a party line back then. Evelyn would call, and she and June stayed on the phone for hours while Evelyn told her all she was thinking. Once that was done, they hung up.

But perhaps the essence of June was described best by a longtime friend who came to see her just a few short days before she passed away. As the woman put it, “When I came here from Tyler, Texas, I hated it. Hated it! But you, June, you made it all okay. You were my shining star.”

There is no better way than that to bring to a close this snapshot of June Blooding, for she was, indeed, a shining star. Brightest at the time when things are darkest. Located in different parts of the night sky but always, always in a place where she could be found. Steady one moment, sparkling the next, and constantly filled with an inner light. She will be greatly missed, and, yet, to those who loved her and knew her well, she will never, never be far away.