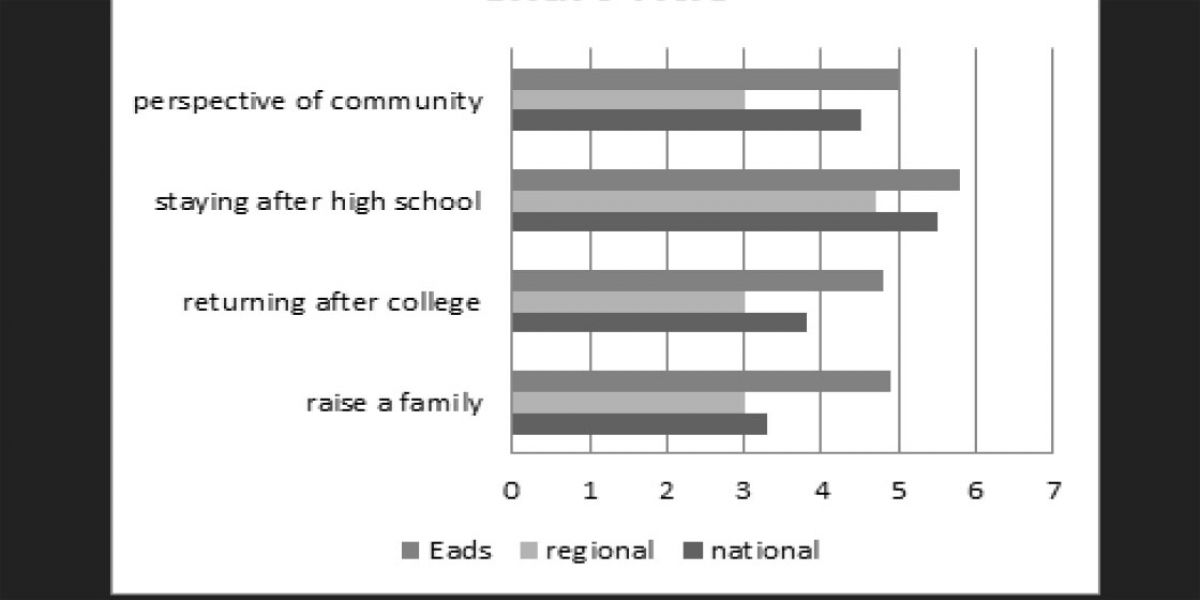 As a person walks down Maine Street in “Eads, America”, he will see a scene that is repeated in hundreds of small towns across the country. A once prosperous business district with stores, cafes and places of entertainment has become diminished over the years.  Now, a handful of established, well run businesses are the only anchors holding Maine Street in place as the rest of the buildings stand dilapidated beyond repair, vacant or are used for personal storage.  More and more, this is a picture of small towns facing real challenges.
Different factors contribute to the problem, especially in this area. A severe drought has ravaged not only the land but the economy of the towns that depend on agriculture.  The value of commodities can swing down as easily as up and is tied to factors outside of people’s control.  A lack of high paying jobs in industry and technology limits earning potential and drives people to the city where those jobs are more available. All these things threaten the survival of small towns but their combination has resulted in the biggest challenge of all.

Populations of small towns are declining.

At this point, it’s important to insert a little bit of good news into the scenario.  According to the USDA’s data on population trends, of the seven counties in Southeastern Colorado, six have declined in population including Crowley (-8.5%), Bent (-13.5%) and Prowers (-4.27%). The only county with a steady population is Kiowa with a +.5% increase. However, population data is just a snapshot of current conditions and not a predictor of the future.

People between the ages of 18-28 are leaving small towns more than any other generation before.
Losing someone in this age group is a double hit for small towns.  Not only does the town lose residents at a time when they start to become productive, they lose them during the years they’re most likely to start a family.
Several years ago, a small group of civic leaders recognized this problem and knew they had questions they needed answered. How do Eads’ high school students view the community?  Are high school graduates moving because they have to or because they want to?  If they leave to attend college, do they plan to come back once they start a family?
To find those answers, the high school hired consultants from Ogallala Commons, a company that specializes in youth engagement, to conduct a survey.  The survey was given to all middle and high school students in Eads and “measured students’ perceptions of their community, future education and career plans, and living in the local area in the future”.
The results show that teens in Eads are positive about their community. They feel this is a good place to live, plan to attend either college or technical school after high school, and would prefer to stay or return to their hometown in the future.
According to the consultants, this perception is “very good news”, especially when compared to the results of other teens in the region whose feelings were much less positive.
Results also show that most teens in Eads view the lack of jobs as the worst problem facing the community. They are looking for more entertainment and recreation, more jobs and shopping options.  They would like to have places to “hang out” and have fun with activities, entertainment and games, better parks and more places to eat and shop.
The consultants’ opened their recommendations with the statement, “Eads has a lot going for it.” However, if the goal is to have a town that is attractive to younger people.  Eads must reinvent itself.
All small towns encounter this problem, and, historically, a small core of local citizens try to solve it. But the real, lasting solutions are only found when the entire community—parents, educators, elected officials and business owners—make a long term commitment to transformation.

There must be a job market that can support young people’s career aspirations.  They cited the success of the high school’s program on entrepreneurialism and stated that studies are showing that entrepreneurial work is bringing results to local job markets.  Internships and apprenticeships can also play a big part in providing the technical skills that pay higher wages and cited examples of small towns where this strategy has been successful, as well.  Creative, persistent economic development, in the form of grants, can help in locating funding that supports new business start-up.  Since many young people have a desire to return to small town life because real estate is less expensive than in the city, there must be quality housing available to meet this need.

The “takeaway” was that the positive attitude teens have about Eads puts the town in a much better position to change than many other small towns in the region. People should be encouraged. Now, the next step is for the town, as a whole, to focus on reinvention with jobs, houses and a lifestyle rich with entertainment, restaurants and retail outlets. Their final conclusion:  reinvention is hard, but small towns have done it before and can do it again.