Lanterns in the window 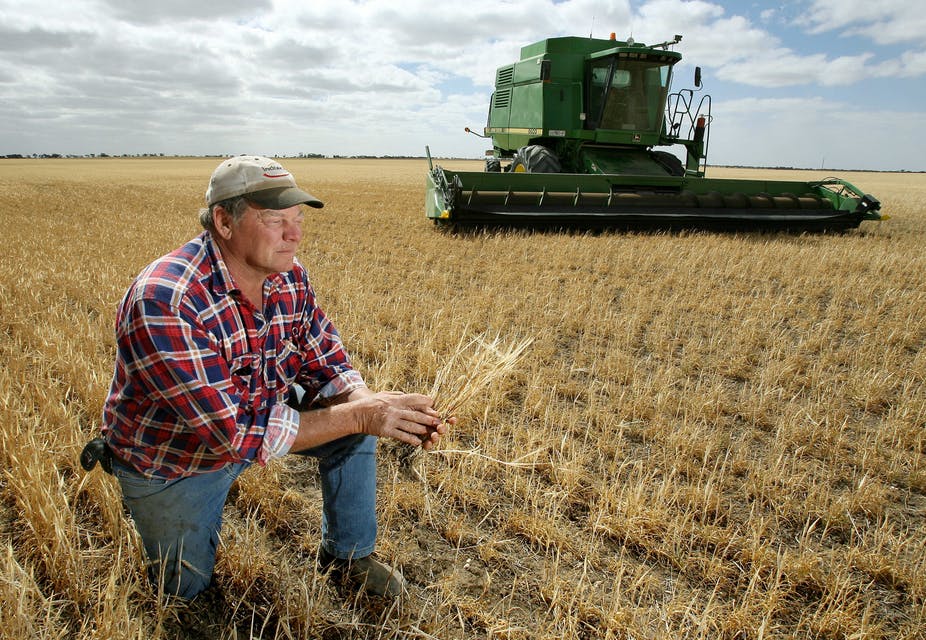 A number of years ago, a good friend of mine took her life. Although she’d suffered some serious depressive episodes over the years, her death still came as a shock. When her husband spoke at her funeral, he described the tragedy in a way that still resonates. “Amy didn’t kill herself,” he said. “She may have picked up the gun, but it was the depression that made her pull the trigger. It was depression killed my wife.”

Of all the medical conditions that exist, depression is, perhaps, one of the more difficult ones to tie to a specific cause. Some researchers believe it’s mainly related to the biochemistry of the brain; others believe it’s more related to factors in a person’s life, like prolonged stress or grief or is the result of some devastating event. A growing number of researchers believe that it may actually be a combination of the two—a biochemical tendency toward depression coupled with events that trigger its occurrence.

However, there are certain things that are known, and they largely relate to what depression is not.

Depression is not “made up” or “all in someone’s head”, as some people believe. It is not simply a bad mood. It is not a choice or an attitude or a sign of weakness. It is not something that a person can just get over if they try hard enough or if they just ignore the symptoms, and neither is it helped by just “cheering someone up”.

Depression involves very specific symptoms that are present at one time, continue to be present for at least several weeks and interfere with a person’s ability to function.

All of this might seem like just an academic discussion, but to people in or from Kiowa County, a discussion about depression is anything but small talk.

In the last month, four men with ties to Kiowa County have lost their lives to suicide. Three of those men died in the last two weeks, leaving some in the community stunned.

“That’s a lot of loss for a community,” states J.C. Carrica, CEO of Southeast Health Group with its administrative offices located in La Junta. And yet, something in his tone suggests that, at a certain level, he’s not totally surprised.

Carrica, who has a Master’s in Mental Health, a doctorate in Leadership and is a Certified Addiction Counselor, has been in behavioral health for over 15 years. However, equally important, he’s also the fourth generation land owner in Otero County. In many ways, Carrica is a man with a foot in each of two worlds: as a mental health professional, he understands the psychological factors that go into suicide, but, as small farm owner, he understands how agricultural communities are uniquely vulnerable to suicide. And he’s been hearing those concerns expressed to him quite a lot.

“I first heard about it from loan officers,” he states. “Farmers go into the bank to discuss the notes on their land and during the conversation—when they’re talking about the loans on their land--some of the loan officers noticed their clients were exhibiting signs that got them worried.” Since then, the concern has become more vocal. “Now, I hear concerns from farm machinery salesmen, government employees, auctioneers, bankruptcy clerks,” he says. “I’ve even had calls from the some of the largest institutions of higher learning in Colorado wanting to talk about behavioral health and the effects in rural and frontier communities.”

Carrica states this isn’t a matter of the situation intensifying or reaching crisis level. It’s been at or near crisis level for some time. Instead, this is a matter of an increasing number of people becoming aware, and community awareness is precisely where things need to go.

Southeast Health Group has set its sights on really expanding their presence and strengthening their relationships with people in Springfield and Eads. They just opened an office in Springfield and, literally this week, will be looking to do the same in Eads.

SHG received a grant specifically to remodel a building and put in some offices in the Eads area. In fact, on Monday, Carrica had plans to meet with a local resident to tour a building that’s for sale, precisely for the purpose of the resident buying the property and then leasing office space to SHG. “We have the money,” Carrica says. “That part is done. So, we’re looking to move on this right away.”

However, SHG is not waiting for that project to be completed to take steps to offer assistance and support to the people of Kiowa County.

SHG had just last week formed a workgroup with the goal of starting a valley-wide behavioral awareness program to train loan officers on recognizing the signs and symptoms of people who are struggling with depression and may be at risk of hurting themselves. The training will be based on a tool developed by the High Plains Research Network that leads people through a series of questions with action steps to take based on the responses the individuals give including how and where a referral can be made for more extensive professional help. Carrica describes it as a form of “Mental Health First Aid”.

“We have to do things differently here,” Carrica states. “The stress of ‘losing a job’ in the city is not the same experience as what’s experienced by people in agriculture. Their business—their land—it’s their life. It’s their lifestyle. It’s their passion, their heritage. As one man told me, ‘All I know is the dirt. That’s all I know. If I lose that, I’ve lost everything.”

Desperate as that sounds—desperate as that, indeed, may be—Carrica has also found that, sometimes, simply talking about the situation with someone who understands where they’re coming from can make the difference between surviving hard times and not.

He describes a situation from several years ago where a family contacted him, concerned about someone in their family who they were afraid was thinking of hurting himself. “They told me he’d never come into the office,” Carrica says, “so I asked him where he would be willing to meet someone and they said the barn. So, I went to their house and the man and I sat in his corrals for about three hours, talking about what he was going through. That was a few years ago, and the man is still alive and working. I’m not saying that’s always enough, but sometimes that connection, that ability to talk to someone who understands is all that it takes to keep going.”

Okay, so a they’re going to put in offices and start a workgroup in October. Those initiatives are, at least, several months away. What can be done for the person who is at risk now? “Well, there’s the state hotline,” he says, and then quickly clarifies, “but I know most people out here aren’t going to be comfortable talking to someone from the city. At Southeast, we have lines that are answered 24 hours a day with people trained to make that first connection. It’s an 800 number, but it’s local. After that, if someone wants to continue with seeing someone, we’ll work that out. Like I said, we have to do things differently, so if we need to send out someone with the background to better understand what people are going through, we can do that.”

And what of those people who simply aren’t willing to make that phone call? Carrica has some solid suggestions. “People can talk to their health care provider. People in rural medicine are well trained in anti-depressants and are especially good at talking to their patients and knowing the next step to take. If people are part of a faith based community, they can talk to their minister or their pastor at church. They can be very helpful.” His next suggestion reflects the fact that he’s a man who knows this community. “But, if none of those things are an option, I always tell people, go to coffee. Go to the Conoco or the Co-op or the C Store. Be around other people. Stay connected. Stay in touch. If somebody starts acting differently or stops showing up, that’s a group of local people that will usually reach out and make sure people are okay.”

For those who are worried about family members, Carrica’s advice is straight to the point. “Don’t be afraid to ask the question,” he says. “People are afraid that asking someone if they’re thinking about killing themselves will cause them to do it, and that’s just not the case. And, hard as it is, don’t be afraid of the answer. There are people in the community who can help. Southeast Health Group can help. The resources are there. People just have to reach out.”

And, for the survivors…the family members and friends who’ve lost a loved one to suicide…? What is his advice? “Coping with that kind of loss is hard. There can be all sorts of feelings besides grief. Anger, hurt, guilt—those feelings can last for a long time. And my advice is the same. Stay engaged. Know you’re not alone. We have contact numbers for support groups, which can help. Or if communities want to start getting together themselves, we can help with that. In fact, if the Kiowa County community wants to start a small support group, call Southeast Health Group and we can help with getting one started and going.”

When homesteaders first came to this area in the early days and encountered the overwhelming loneliness of the open prairie, they had a habit of placing a lantern in the middle of the table where it could be seen through the window, especially on long, dark and lonely winter nights. They would then let that lantern burn all night long so that other homesteaders, perhaps feeling that same desolation and loneliness, could look out their window and see they were not alone.

Carrica’s message is simple and profound. There are lanterns in the windows all over. All that those who are feeling despair need to do is…look and know that their knock on the door will be answered.