Written by Betsy Barnett on 12 September 2018. Posted in News

Faith. Such a simple word, however the actual application can be daunting. 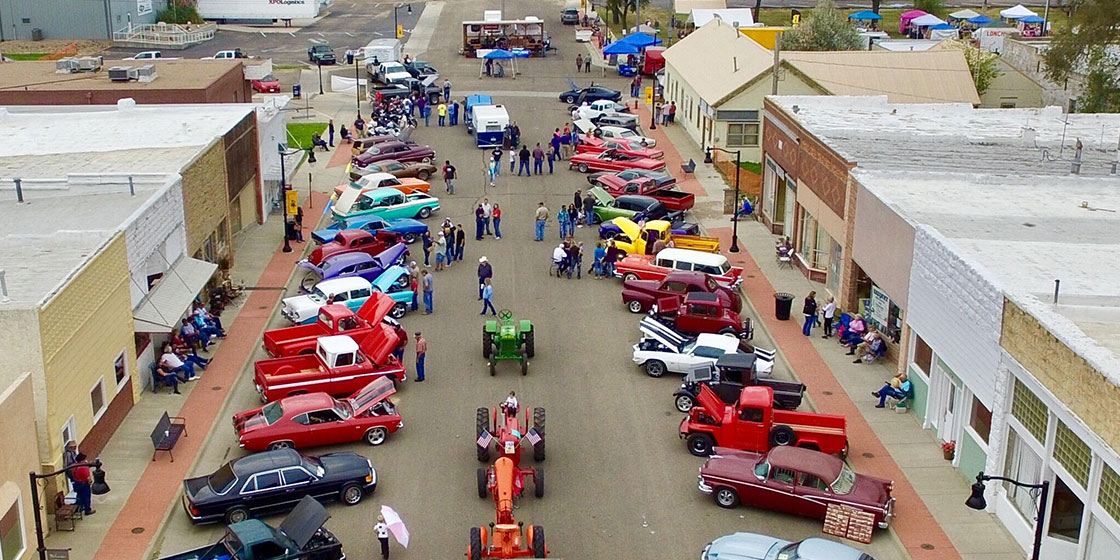 Just ask Jacob or Jennifer Holdren of Holly. The two of them had this crazy idea that would benefit their town and bring people to southeastern Colorado, who may had never before been. A classic car, truck, and motorcycle car show, to run in conjunction with the Holly Gateway Fair. Just to add more mayhem to the mix, how about also a concert, to close down the night? What started as a "What If" open-ended question, turned into a successful inaugural event last year.

Bearing the finicky Mother Nature and her fits of random rain showers, all hailed the event a success. Downtown Holly was reminiscent of years past, with classic cars lining the street from Golden Printing, to Holly Inn and Suites. Visitors from all over Colorado, Nebraska, and Kansas chatted, while food vendors served up mouth-watering food from Backyard BBQ and Catering to La Rosa De Saron. Boutique clothing busses and set ups, dotted the lawn in front of the Train Depot. Those needing to wet their whistle, were able with the Holly Volunteer Fire Department and beer garden, that ran through the day and well into the night. And speaking of the night, they did not forget that element of a classic good time, local artist Rhett Uhland, the Adam Capps Band from Wichita, Ks, and country music newcomer, Nick Hickman, from Nashville, TN.

With the success of 2017, the Holdrens had a taste of what this event could be. If only they had faith.

They are taking that five-letter word, and blowing it out of the park, figuratively speaking. Entering into the month of September, plans have been rolling. They joke that they started planning their 2018 event on September 24, 2017. This year’s event is featuring the best of local food trucks, including Backyard BBQ & Catering out of Holly, Dub Burger (Lamar), and Wild West Old Fashioned Soda, Gary's Sloppers (a Colorado State Fair favorite) to name a few. Holly Commercial Club is sponsoring a cash prize corn hole tournament, with more information to be found on their Facebook page and the kids’ activities are a new feature on this year’s agenda. Fulton Street Band, out of Garden City (Kansas), will be returning for a second year, to provide live music during the day’s festivities. Even if classic cars, don't get your 'engine running', there is something on the full day agenda that will lure you into the heart of Holly on September 29.

And once the sun falls, the music will be turned up with the Adam Capps Band and Red Dirt Country music hit maker, Bart Crow. Capps and his band return for the second straight year, with their country and southern rock music, they are much more than "just" country. After ten minutes of their act last year, it is no surprise that Capps inspiration came from Alan Jackson to Queen. Their blend of classic rock to southern rock, catches the ear of any listener. Dubbed "the perfect opening act" last year, they're back to own that title. And no worries on the energy, as Capps was a track athlete at Wichita State University, before earning his profession as a Spanish teacher.

Headliner this year is Bart Crow and the hype is high with this one. If you have yet to hear of him, simply do an internet search for "Wear My Ring" and you will understand the hype. With a sound of red dirt country, southern rock, and simple good music, Bart Crow hit the scene in 2008 with his work Heartworn Tragedy and did not stop. Heavily sought after in college town music scenes, he'll close out the night and it will be the event of Holly Gateway Classics. If you want to be there, and not just hear how great it was on Sunday, go to hollygatewayentertainment.com, to order your tickets for the concerts.

The Holdrens have faith you'll be there. 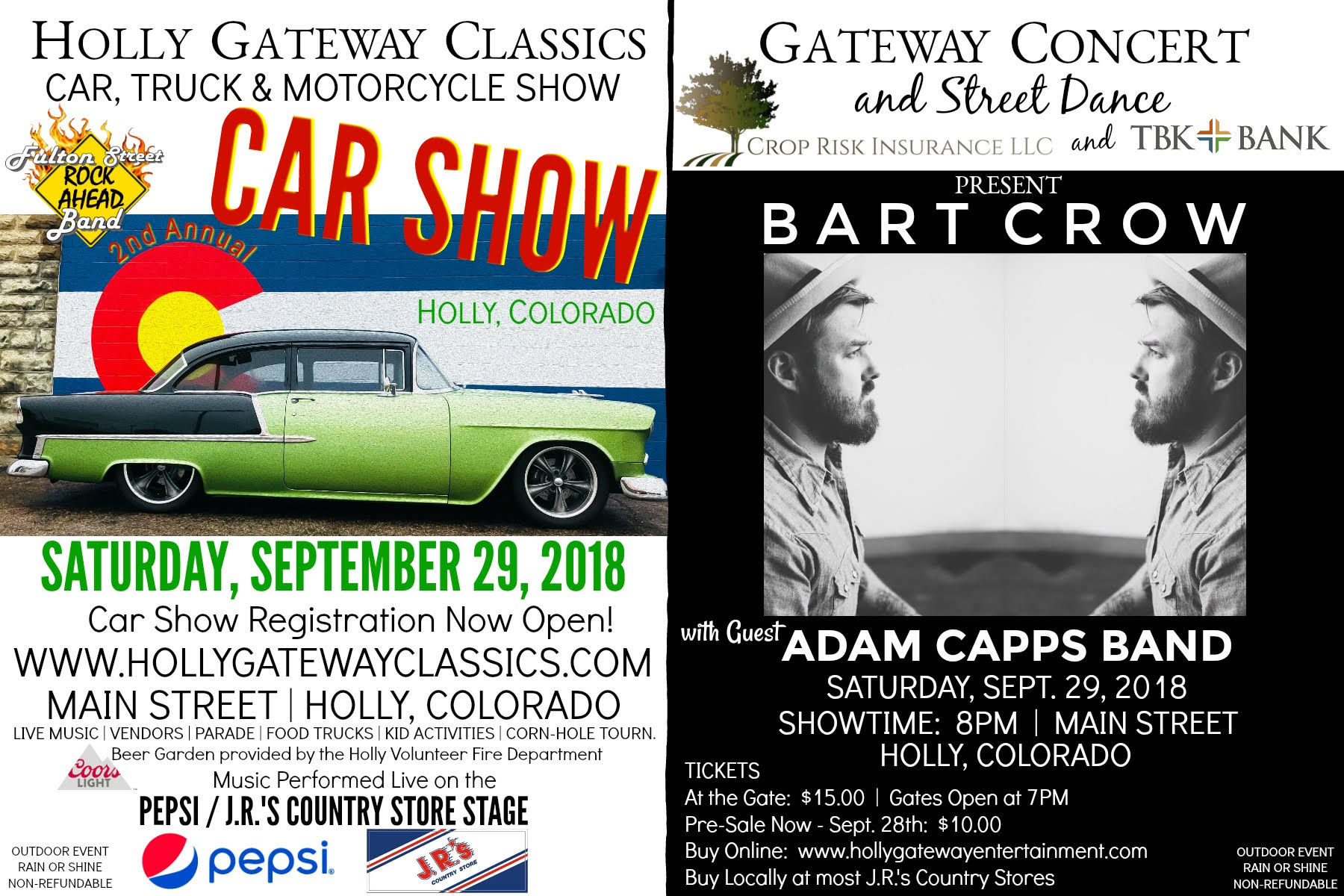