Written by Priscilla Waggoner on 14 March 2019. Posted in News

SB 19-181 [Protect Public Welfare Gas and Oil Operations], a bill that would come close to overhauling oil and gas regulations in the state and significantly shift the focus of the commission, is quickly moving its way through the Colorado Senate, and to say it’s led to a heated debate—both on and off the floor—is an understatement, at best. 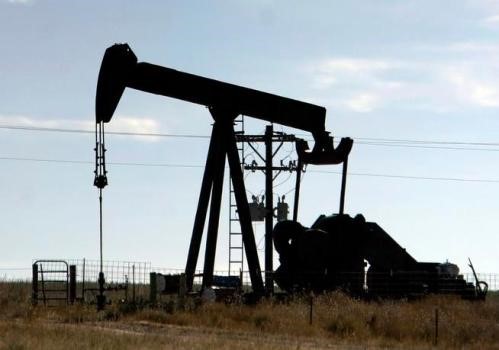 For people with an interest in the state’s oil and gas industry—regardless of what side they are on--there are a number of specific changes included in the bill that are worthy of attention. However, at this point, even a basic understanding of the bill will assist in staying abreast of things as the process moves forward, an awareness that is important whether one supports or opposes the changes.

Basically, if passed, the legislation, co-sponsored by Senate Majority Leader Steve Fenberg and House Speaker KC Becker, would change the overall focus of the Colorado Oil and Gas Conservation Commission, which is the main body regulating the industry.

Another change that has caused significant uproar among some industry supporters involves the explicit empowerment of local municipalities in dealing with oil and gas companies. Specifically, the law would grant cities and counties the authority to locally regulate oil and gas activities as allowed under their planning and land use powers. Attempts to place this power with local governments, often in the form of government restricted or a moratorium on drilling, have been tied up in the courts, largely because the industry has been regarded as one of “state interest”. Passage of this bill might pave the way for some of that litigation to move forward.

If signed into law, SB 19-181 would also change how “forced” or statutory pooling works by requiring a higher threshold of obtained mineral rights before companies can force pool other mineral right owners in an area.

In a report conducted by legislative staffers, it’s estimated that implementing the bill in the first year would carry a price tag of roughly $973,000, mainly for additional staffers. That same report said that charging oil and gas companies fees for drilling permits—a new requirement under the bill—would raise roughly $3 million for the Oil and Gas Conservation Commission.

When push comes to shove, the difference in opinions can be described in simple terms. Advocates for the bill state that it’s time to place the health and well-being of the public ahead of oil and gas extraction. Opponents of the bill say the legislation will cost Colorado in terms of jobs and revenue to the state.

From the first day, this topic has been highly contentious. When it was announced that the Colorado Senate Transportation and Energy Committee would be hearing public comments, was more than 400 people representing both sides signed up, waiting more than 12 hours for their two minutes at the microphone before the committee. Meanwhile, pro-181 and anti-181 groups rallied outside on the steps of the capital.

Unfortunately, the gap between the two perspectives is doing anything but narrowing as Republicans express outrage at the speed of the legislative process and the belief their input is being ignored. In response, the Democrats say that many of the points in the bill have been debated before and the hearing that was held was just the first of six.

In an attempt to stall progress of the legislation, Senator John Cooke (R-Greeley) asked that his bill SB 19-1172, a 2,023 non-controversial “clean up” bill, be read aloud in its entirety. The bill should take between 60 and 80 hours to read, which would delay further legislative progress on the oil and gas bill until next week at the earliest.

The Colorado Constitution has no allowance for a filibuster. However, rules of the Senate say that any senator may request an oral reading of a bill and the Senate cannot proceed until the reading is complete and the bill is voted on.