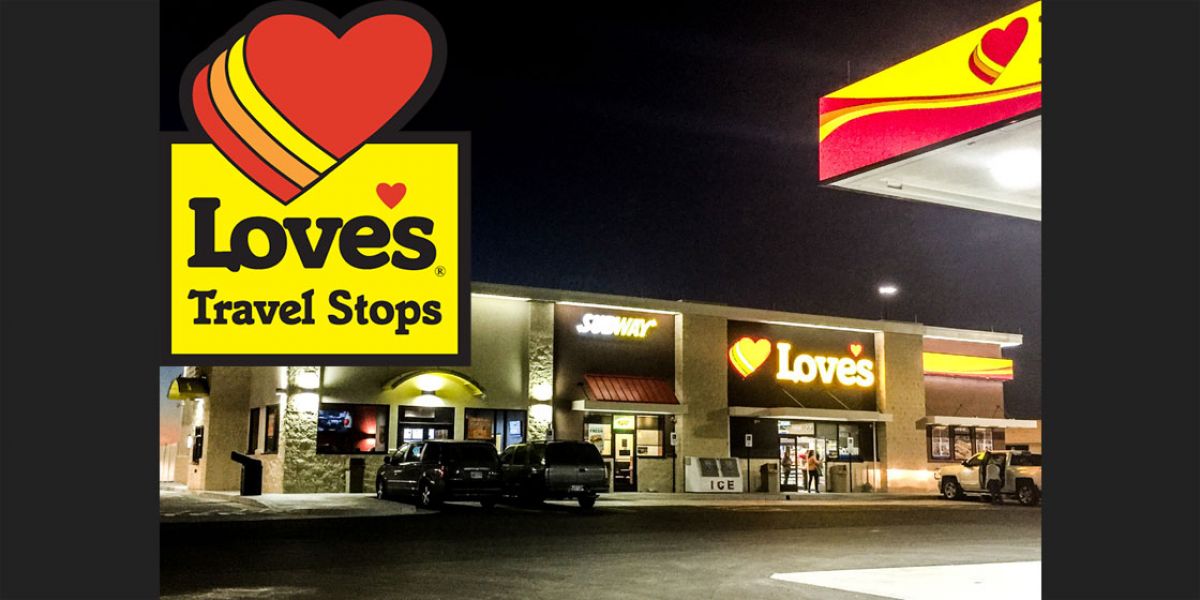 LOVE’s is in the Air

After months of preparation and working behind the scenes with the mayor’s office, it seems that the landscape on the north side of Eads is about to change in a very significant way.  Love’s is coming to Eads, and construction is set to begin in the spring, perhaps as early as March, with late summer slated for completion. One thing is known for certain: it will be no small arrival.      Love’s has two kinds of stores. “Country” stores are described as convenience stores with fueling stations attached.  The much larger “Travel Stops” are located along interstate highways and have “fueling stations” for both semi-trucks and cars, truck parking, trucking supplies, general merchandise and gifts, showers, RV dumps and a chain restaurant inside.

In the very near future, Love’s will be announcing its plans to build a new Travel Stop on the ten acres they’ve purchased on the west side of Highway 287, north of town.  The cost of construction will total out in the multi-millions and will include a Subway restaurant inside.  Kealey Dorian, media contact for Love’s, states that the company plans to hire 25-30 employees and shortly before the store opens, will send a recruitment team to begin the employment process.  When asked if Love’s had given any consideration for the Travel Stop’s impact on local traffic, Dorian stated the company has conducted a traffic study and consulted with CDOT on placement of the entry and exit, specifically with traffic and safety in mind.  She further stated that Love’s plans to do some road work and improvements in order to alleviate any concerns.

Love’s has been recognized for its philanthropic work and has raised more than $14 million for the Children’s Miracle Network Hospitals, helping more than 90 member hospitals over 17 years.  The company also describes itself as one that values “all-things local”, placing emphasis on relationships with the people who live, work and shop in the communities where they’re located. For this reason, each store donates a part of their budget each year to the local non-profit of their choice. As part of the new store opening ceremony, Love’s, in partnership with the local Chamber of Commerce, will donate $2,000 to a local non-profit. The company’s corporate giving program also provides for 2% of net profits to be donated to organizations in Oklahoma City, the site of corporate offices, as well as the communities where Country Stores and Travel Stops are located.

This Travel Stop will be the 7th Love’s location in Colorado, with one just finishing construction in Burlington.  However, the chain of stores is distinctly larger than seven locations. Love’s currently has more than 12,000 employees working at more than 360 stores in 40 different states nationwide, and that number is growing larger, almost weekly.  Since January of 2016, Love’s has constructed seven new stores around the country.  In 2015, they built twenty-five new stores, opening at a rate of almost one every two weeks.

The company certainly seems to have found a formula for success.  In 2001, they were listed as 446th on Forbes Magazine’s list of 500 Largest Private Companies.  Over the next fourteen years, five of which were spent with an economy in deep recession, Love’s continued to grow, and, in 2015, ranked 14th on Forbes’ list of the Largest Privately Owned Companies.  There’s no sign of them slowing down, either; in addition to the Loves’ Country Stores and Travel Stops, Love’s has its Truck Tire Care company, which includes roadside assistance, Gemini Motor Transport which hauls petroleum fuel, and Musket Corporation which is a trading and distribution firm.  Love’s also recently purchased Trillium, a compressed natural gas company, and subsequently installed natural gas fueling stations along I-40, stretching from Tennessee to California. And they have plans to open 40 more travel stops in 2016.

Despite the massive growth of their Oklahoma based company and a real time net worth of $5.2 billion, Tom and Judy Love have preserved the family-run structure that got them going.  In 1964, the couple leased an abandoned gas station in Watonga, Oklahoma and then built the company from there. Considered a completely self-made man, Tom, at 78 years old, is still the CEO, and three of their four children work for the company.

Some residents in the area are wondering what additional impact the Love’s Travel Stop will have on Eads.  The most obvious, and probably immediate, will involve the revenue the town of Eads will gain.  Recently, steps were taken to annex property north of Eads, including the site where the store will be located.  Being inside the city limits means that Love’s will be subject to paying 2% sales tax to the town.  Dorian was unwilling to quote figures on the amount of sales made at a typical Travel Stop; however, the company’s annual sales exceeds $26 billion.  This would suggest that a Travel Stop will increase, perhaps at a tremendous level, the amount of tax the town will collect.

Love’s can also bring new businesses to the area.  Although situations vary from location to location, Dorian states that “…in many cases, other development follows Love’s.  The type of development varies heavily from place to place but it’s not uncommon for other businesses to locate adjacent to a Love’s.” She cites Mossy Head, Florida as a good example where a Love’s Travel Stop served as the cornerstone for an industrial park populated with a dealership selling Freightliner and Western Star trucks, a truck and auto parts store and a service center specializing in work on diesel trucks.

The increase in tax revenue and potential draw for new businesses does not come without a cost.  The prevailing concern relates to the potential negative impact a Travel Stop will have on local business people operating in the same industries. Numerous studies have proven that this is a valid concern, and small businesses that go toe-to-toe with larger retailers usually lose.  However, long term market studies also suggest that small businesses can survive, and in some cases actually thrive, when they find a niche and provide a service or product that a large multi-store retailer cannot provide.  As stated by Jon Bonne who conducted a study as part of a series on MSNBC/NBC News related to small vs big retailers, “Customers still make clear their desire for a personal touch. The greeters at the front of every Wal-Mart prove that. Indeed, the message to small stores and companies in the age of big retailers is clear:  find a niche market the big guys can’t match, leverage your experience and drench your customers in kindness.”

Change, easy or not, is inevitable, and a Love’s Travel Stop will undoubtedly change the landscape in and around Eads in a number of ways. Perhaps, this doesn’t have to be a case of either/or—either Love’s or local businesses--and can, instead, be a case of both/and—both Love’s and local businesses.  Perhaps, with work, creativity, adequate preparation and “buy local” loyalty, it’s entirely possible that this change is one that can benefit everyone.