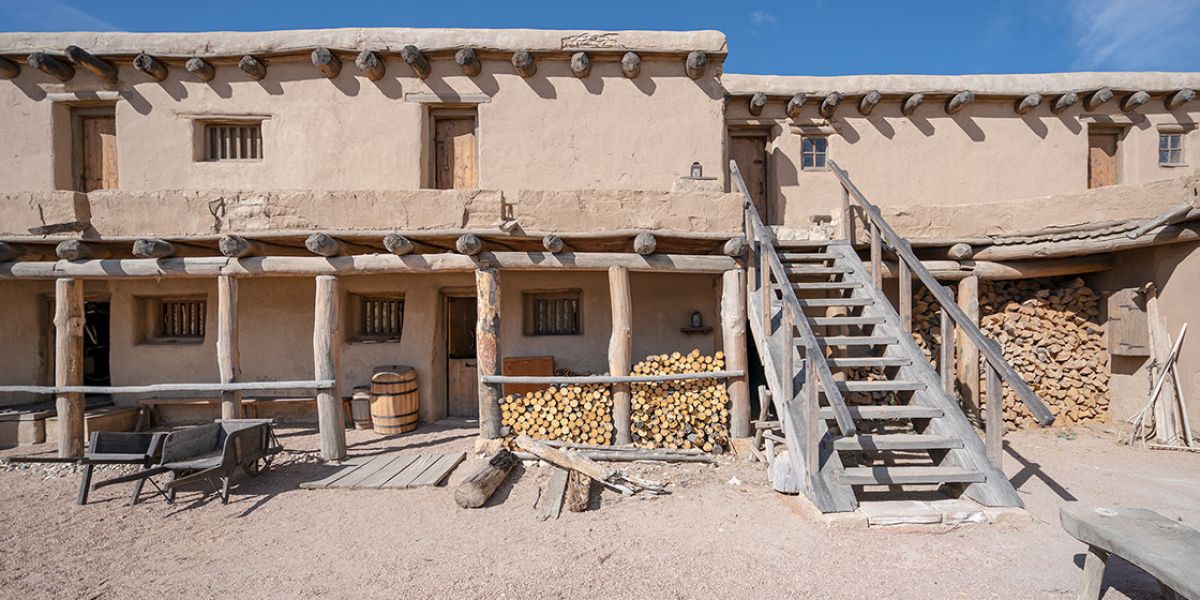 A new website is going online in a few weeks. Hopefully, as a result, tourists looking to come to Colorado (and some who are already here) will head to southeastern Colorado in greater numbers than they have in the past. 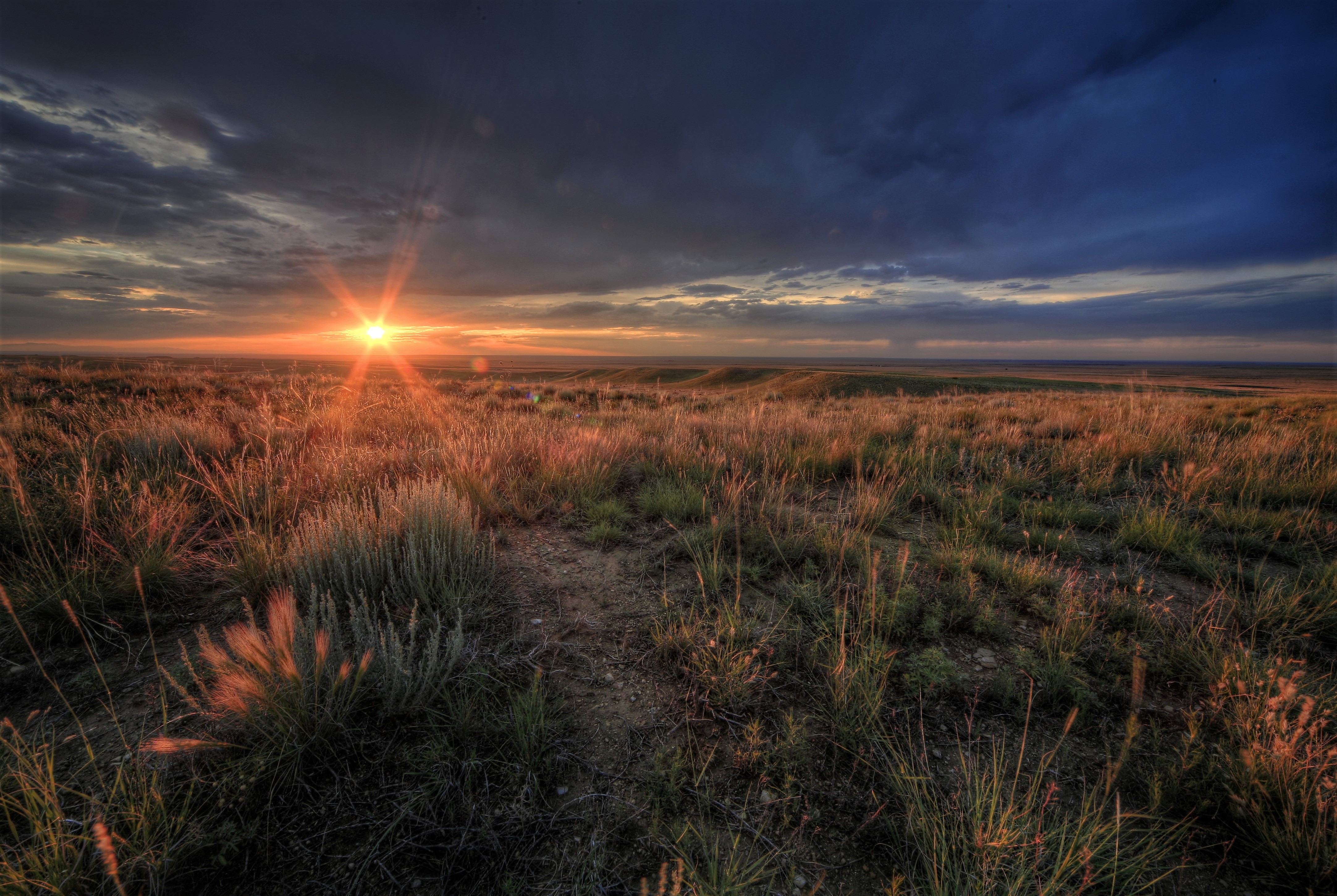 Last fall, Kiowa County Economic Development Foundation received a $50,000 grant from the Colorado Tourism Office along with matching funds donated by GNBank, Canyons and Plains, Kiowa County Commissioners, Prowers County Commissioners and, in conjunction with SECED, Baca, Bent, Crowley and Otero County Commissioners. Downtown Colorado, Inc. donated 50 hours of consultation time, as well. The purpose is about as straightforward as it can be: to create a dynamic, interactive, constantly evolving website and mobile phone app devoted to promoting tourism in the six counties of southeast Colorado.

Okay, so…somebody somewhere is probably thinking that new websites come along all the time. What’s so different about this one? One answer to that can be found in who’s supporting it. All six counties in the region as well as several private businesses have said that increasing tourism is a goal worth pursuing, as a region. Historically, each county has attempted to do that on their own to varying degrees. Recognizing that the region is stronger when it works as a region marks a very important turning point in an approach. Second, how the funds will be spent plays a role. Roughly 25% of the funds will be spent on marketing the website on the state’s tourism website, an award-winning site which plays a significant role in bringing millions of visitors to the state each year. Banner ads will stay on the site until 185,000 people have clicked on the link; a sponsored article about the region will appear in rotation for the remainder of 2019, and a full page print ad promoting the region will appear in the July edition of Love, Colorado, the official visitors guide sent to tens of thousands of people in print and even more digitally each year. This will be a regional website built by the region’s best graphic artists, website designers, writers, photographers, outfitters, guides and others. In short, it’s a website created by, designed by, “populated” by and supported by the very people who know this region best. 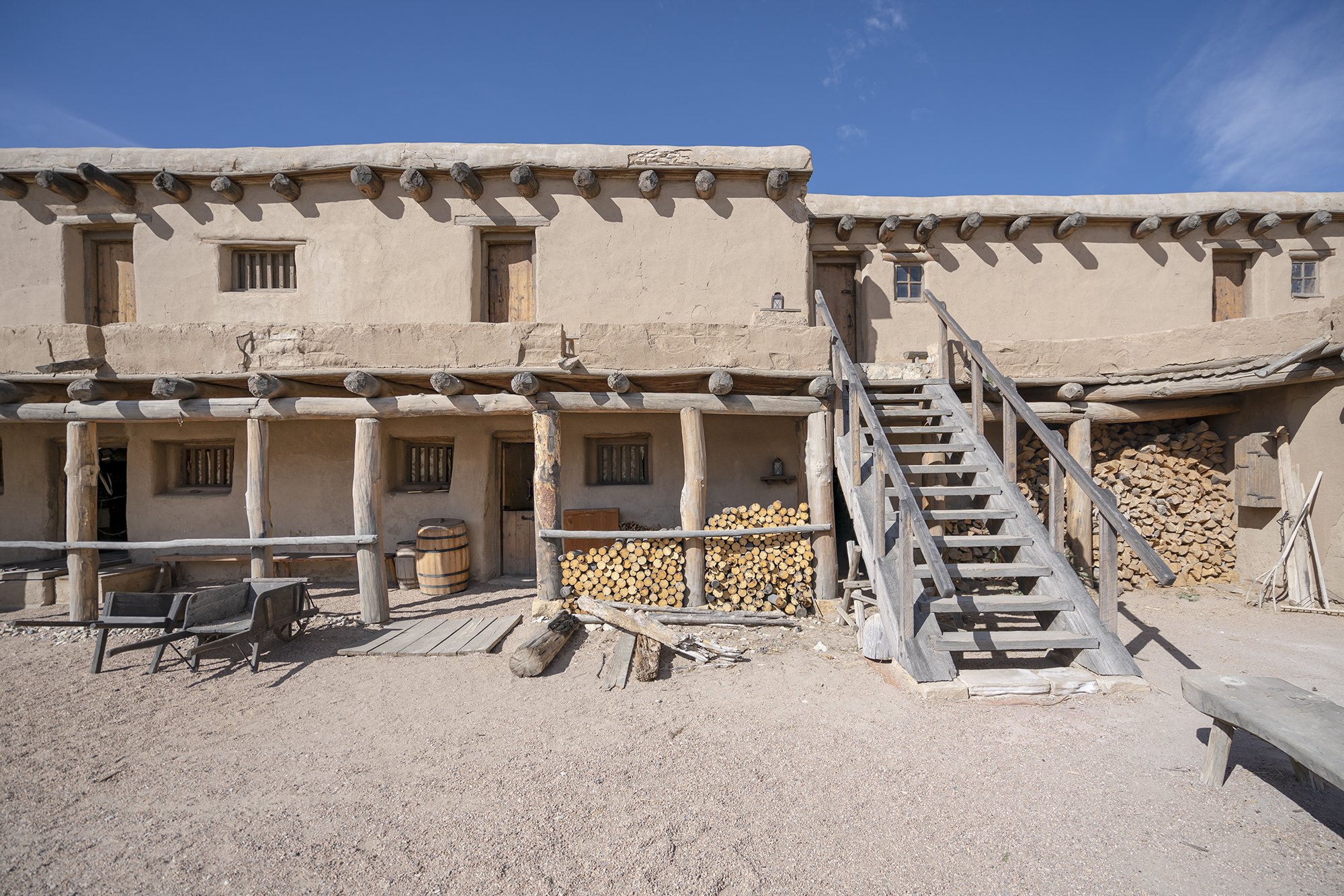 Tourism in southeast Colorado has long been identified as an industry local officials, business owners and community leaders would like to see promoted and for good reason. It’s the second largest industry in Colorado. According to a 2017 study, tourists who come to Colorado are responsible for 171,000 jobs, $5.8 billion in revenue and $1.28 billion in taxes. That translates into a savings of $626.82 per household that Coloradoans would have to pay if not for the taxes paid into city, county and state coffers by visitors.

However, to a certain degree, there’s been a perception among various people—both in and out of the region—that southeast Colorado has little to attract tourists, especially when viewed in competition with the mountains that are most frequently associated with the state.

Interestingly enough, the truth doesn’t quite bear that out.

Southeast Colorado has two national parks—Sand Creek Massacre National Historic Site and Bent’s Old Fort—that are unique in the entire nation and have very special appeal for a specific type of tourist. Camp Amache, which is in the process of being studied and evaluated for designation as a National Historic Site and be included in the National Park Service system, might make the third. The Timpas and Carrizo Units of the Comanche National Grassland are becoming increasingly popular for their diverse ecosystems, hiking and biking trails, wildlife watching, birding and camping options as well as specific attractions like the dinosaur tracks which comprise the largest Jurassic site in North America, as well as the numerous petroglyphs on canyon walls that draw great attention for their accessibility and variety. And that’s just a sample of what the region has to offer. 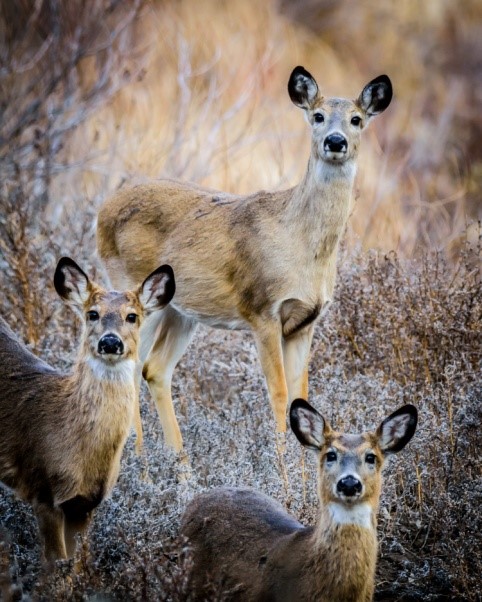 Among hunters, this area is known for being exceptional, a sentiment that Kevin Brown, a local outfitter and owner/operator of KB Style Adventures, has heard often. “Hunters love it here,” he says. “They really do. They come to Eads and the first thing they notice is the weather—not much wind, low humidity and dry ground. Hunters love being able to hunt on dry ground. There’s also a really wide range of wildlife.” Brown states that many people would be surprised to know just how far some hunters travel to come here and how they consider this area to be as appealing as other better known or more exotic places to hunt. Again, the facts support the claim. Brown stays very busy with “hunts”, not just from return customers but those who refer others. “People just don’t know about it because we don’t promote it,” he adds. “Other towns welcome hunters with signs and things like that. That doesn’t happen much in this area.” 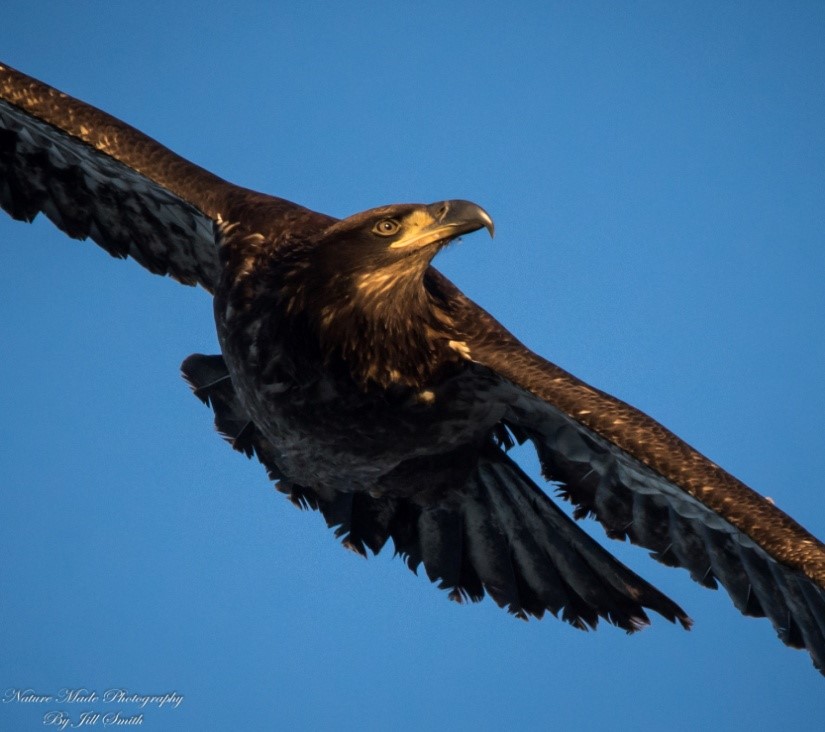 Birders look at southeast Colorado as an extraordinary place to come. Jill White Smith, an award-winning wildlife photographer and avid birder, states that the region encompasses two of the major migratory paths for birds in North America, resulting in almost 400 different species of birds being found in the region during different times of the year. Smith, who is making plans to act as a local resource and guide for tourists interested in birding, states that many birders are already familiar with this region, which explains the number of outfitters from the Front Range who bring groups here on a regular basis.

With the abundance of bodies of water—the Great Plains Reservoirs, John Martin Reservoir and State Park, Blue Lake, Lakes Meredith and Henry and others—fishing and water sports are also major draws. In fact, experts with the Colorado Parks and Wildlife have said on more than one occasion that years of drought followed by several wet years have resulted in Nee Noshe not only being as good for fishing as it was during the years when people would come from as far away as Texas, it probably qualifies now as one of the best places to fish in the state.

These visitors add up. For example, in 2017, the Sand Creek Massacre National Historic Site brought more than 6,500 visitors to this area, resulting in $375,000 being injected into the local economy and supporting 7 jobs. In that same year, Bent’s Fort had 26,398 visitors bringing a total cumulative revenue of $1,799,800 to the local economies and supporting 21 jobs. Those figures translate into a cumulative impact of approximately $2,275,000. Those are just two of the sites people visit in the region. 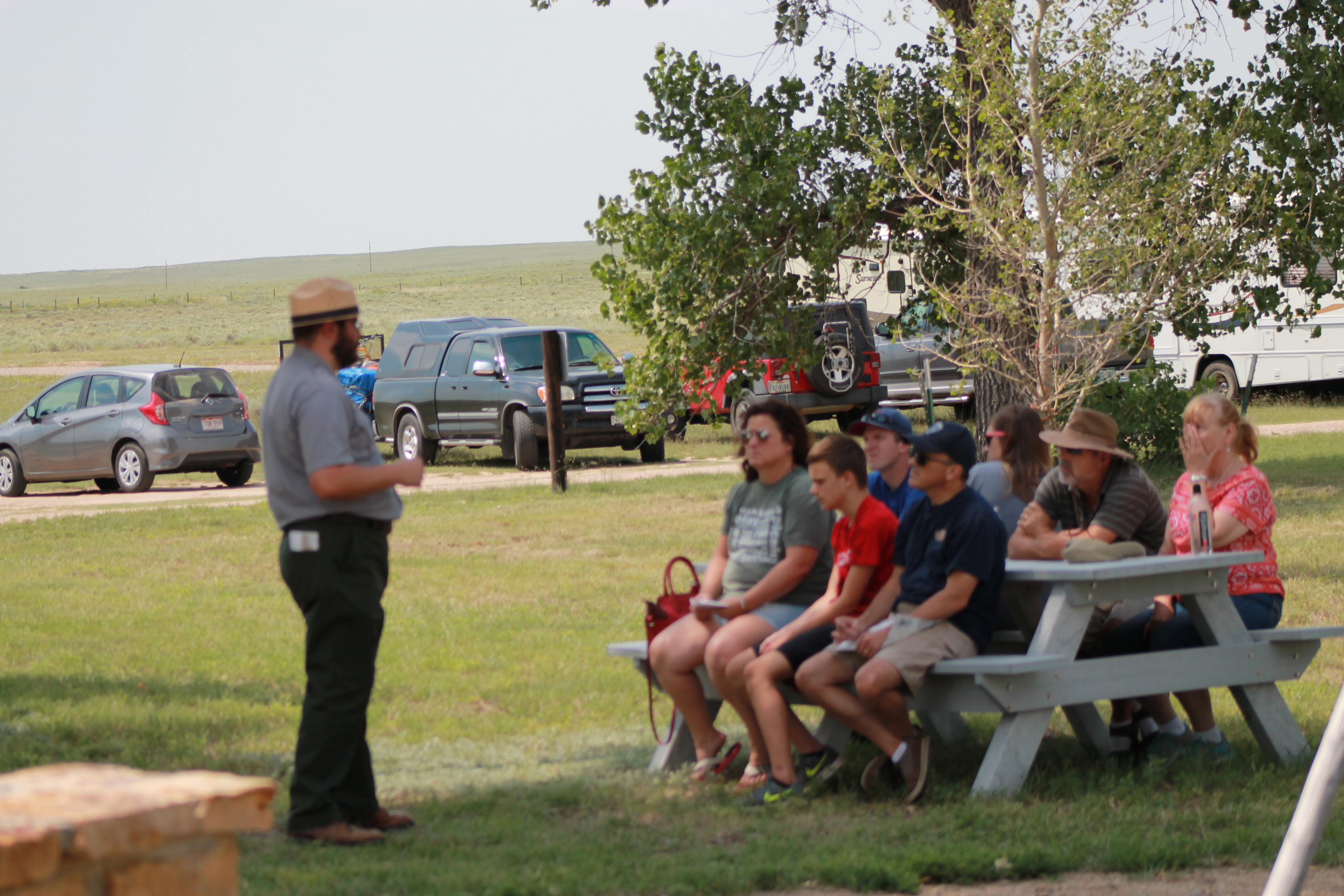 There are also some indicators, imprecise as they may be, that people are increasingly ready to get away from the crowded campsites and destination sites that have become the regular places tourists visit. A quick review of social media reveals the same comments made over and over by people who have ended up in this part of the state, be it by accident or on purpose, all expressing a similar sentiment. As one traveler said on Instagram when visiting the Comanche National Grassland, “Came here and planned to stay for a day. This place is HUGE! Next time, I’m coming for a week!” Another one said, of Sand Creek, “I grew up in Colorado. Knew nothing about this place. I’ll never forget it. Am telling everyone in my family. They need to come here and see for themselves.” A third spoke of John Martin Reservoir. “BEAUTIFUL lake. GREAT fishing. FRIENDLY people. Coming back very SOON.”

Building a tourism industry from relative scratch is not an easy or fast proposition, but, if it’s ever going to happen for this part of the state, the first steps have to be taken. That is precisely what this project is designed to do, and there’s every reason to hope—if not believe—that the efforts will pay off.

Full disclosure: Barnett Media, parent company of the Kiowa County Independent, has been contracted to design and operate the website and mobile app.