Over the past week Eboni Nash, an Eads High School alumnus graduating in 2015, received some impressive recognitions from Hastings College, located in Hastings, Nebraska. During the college’s day-long Celebration of Excellence on April 30, three students, including Nash, were named 2019 Bronco Award recipients. In addition, Nash was awarded the Who’s Who Award, Outstanding Senior 2019 Award, Outstanding Psychology Student Award, and the Outstanding Sociology Student recognition. 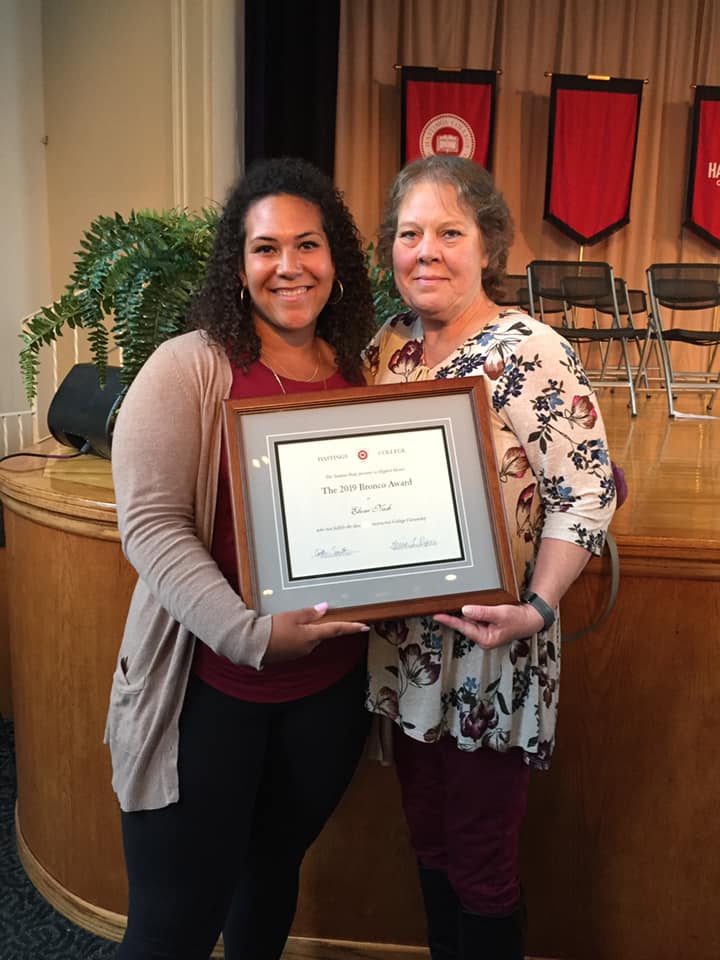 The Bronco Award was established in 1924 and is the College’s highest non-academic award granted to students. Recipients of the Bronco Award and the accompanying Who’s Who list are determined through a vote of their peers and a student-faculty committee. Who’s Who honorees are recognized for having made outstanding campus contributions during their college careers. Up to 10 percent of the graduating seniors may be named to the Who’s Who list.

Amazingly enough, Nash was not aware she was receiving these awards and had not planned to attend the ceremony. Instead, she had decided to go to work and then to track practice where she has already qualified for the sixth time to the national meet later this spring. Little did she know that her mother, Teresa Witte, and sister Stormi Ramirez were traveling to the awards presentation in order to surprise her.

“The award day was definitely a huge surprise! I was never told I was up for an award. That day was devoted for students to showcase their work through presentations and lectures. The entire school canceled class for it. I planned on going to work later that afternoon. I called my mom that morning, like I always do, and saw she was in the car. I told her of my plans to go to work, and she took action shortly after we got off the phone. The college sent somebody to my job at the bar to call me off for the night. With a free schedule, I decided to go to track practice early. Once at practice, my head coach called my throws coach and told me to “go shower and get to the chapel.” I instantly was confused; but I reluctantly went. Arriving at the chapel, I thought I was there because I was running for Hastings College Royalty that Friday and they wanted the candidates present. To my surprise, I saw my sister and mom!”

Nash has been on the Dean’s List for most of the time she has attended Hastings as she has ambitiously pursued full bachelor’s degrees in three different subjects of study including Psychology, Religion, and Sociology. While pursuing three degrees she has been a varsity thrower on the Hastings Track & Field team in both the indoor and outdoor season every year qualifying for the National Meet and making All-American status three times. She’ll have one more chance for an All-American recognition at the end of May in her final National meet in Florida. This will be her eighth national tournament appearance. She’s also a student ambassador and holds down two jobs most of the time. But perhaps the work that brought the most attention to the administration at the college was her work as the Director of the Food4Thought backpack program where she wrote and received a grant for the backpack program.

Nash also indicated that the opportunity that has been afforded her to write a weekly column in the Kiowa County Independent, and by extension, the Hastings Collegian, allowed her to communicate with the readers she cared about and, at the same time, grow as a writer, “Writing a column each week has not only given me a voice, but has allowed me to stay present and connected within the community. I value the time I take each week to write something for my hometown. It has also allowed me to continue with creative writing.” 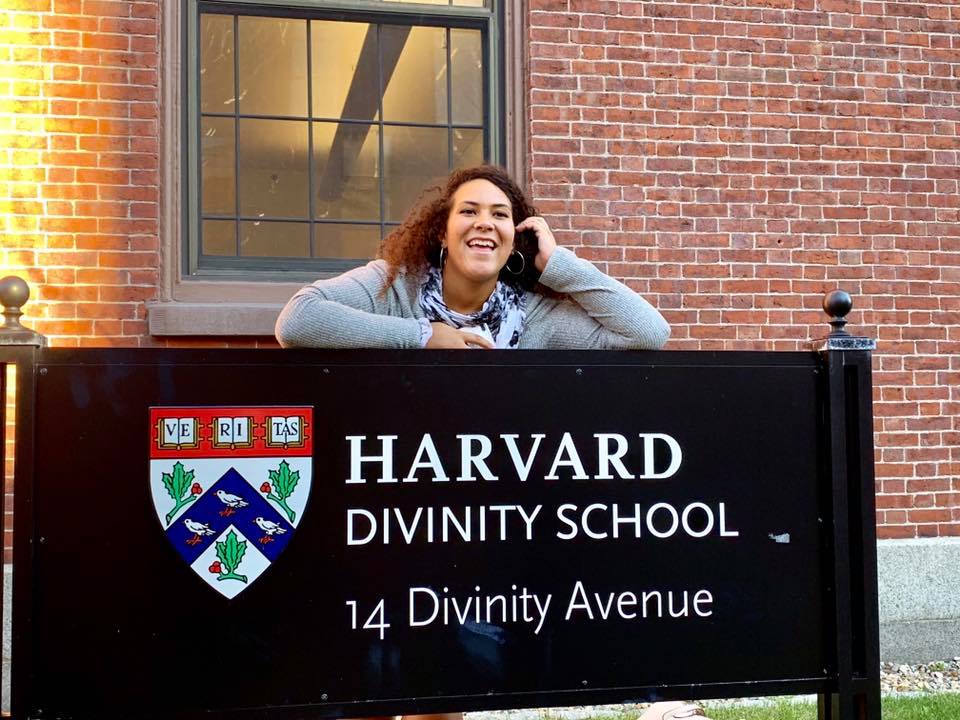 After graduation and her final national track meet, Nash will set her eyes on future endeavors as she applied and was accepted to the Harvard School of Divinity in Cambridge, Massachusetts. Recently, Harvard University was named best in the world for the study of divinity, theology, and religion by the influential QS World University Rankings for 2019. It was the third year in a row that the School’s programs earned the distinction. Nash has accepted the prestigious Dean’s Fellowship. This is a renewable full tuition grant with a yearly living stipend.

Nash will study Theology with an emphasis in black liberation theology and mass incarceration. This ambitious girl has big dreams even at Harvard, “I plan to work hard and get accepted into the doctoral program. From there, I’d like to continue doing research, public talks and presentations, and working with formerly incarcerated individuals.”

Nash was upfront with her choice of study stating, “My dad was incarcerated, and my mom worked for a prison when I was younger. I had some animosity toward the prison system as a young girl. As I got deeper in my religious journey, I realized that God was pulling me toward that line of work. I found out I had a passion to help people experiencing incarceration. It’s a rare career line, but it’s definitely cut out for me. I see a lot of the Christian tradition in the struggle of people experiencing incarceration.”