Written by Priscilla Waggoner on 15 May 2019. Posted in News

In the middle of the afternoon on Tuesday, May 7th, a news story broke with cursory language that’s become far too familiar. “School shooting. One dead. Eight injured.” Before long, more information followed. “Shooting at STEM Highlands Ranch School.” The location “only 8 miles from Columbine” brought the story closer to home in a myriad of ways. But then came the discovery that grabbed hearts and added immeasurable depth to the tragedy. “Student sacrifices life to save others.” 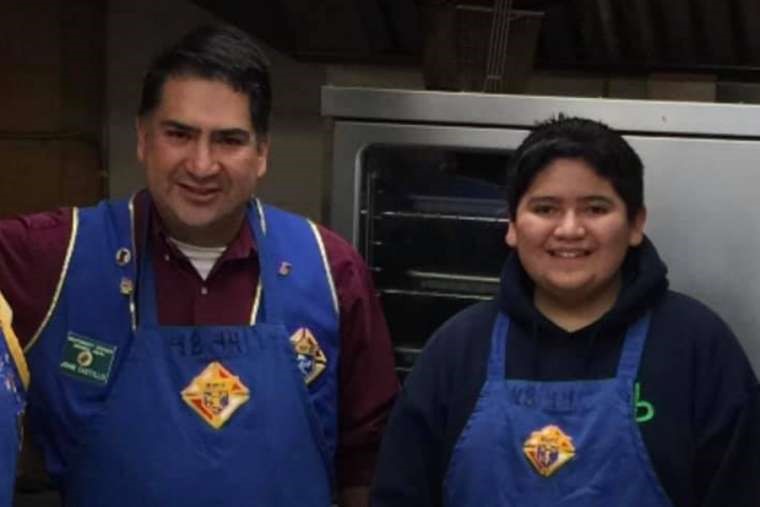 By Tuesday night, interspersed among images of students leaving school with their hands over their heads and parents tearfully embracing their children, photos of a young man smiling directly into the camera with truly the sheer exuberance of youth became more and more prominent. Kendrick Ray Castillo in a red checkered flannel shirt. Kendrick standing on a rock fishing in a mountain lake with his dog at his side. Kendrick in a tuxedo with his maroon bow tie just slightly, charmingly askew. Kendrick and his father, an older version of himself, in matching blue aprons. Kendrick laughing with his mother seated beside him, her cheek resting almost girlishly on his shoulder. And beneath the photos, the caption that said it all.

Dr. Gregg Cannady, a staff member at STEM Highlands Ranch School, is a music teacher with 30 years in education whose focus at the school is now directed toward “Collaboration and Concept Development”. He has ties to this area. In addition to being the cousin of Dawn James, a highly respected Social Studies teacher at Eads High School, Cannady spearheaded a 2018 online collaborative learning project that connected STEM students at his school with rural high school students in Eads.

Cannady summed up the experience of that afternoon in three words. “It was horrible,” he says.

Speaking to Dr. Cannady from his home less than a week after the shooting, one expects to hear a voice filled with grief and language that reflects tremendous loss. While those emotions are undoubtedly present, Cannady’s speech is punctuated with words that, instead, feel like a bright light shining into a very dark room. He speaks of joyful learning, infinite possibilities and students who are engaged and passionate. He speaks of a future that gives rise to optimism. He speaks of miracles. 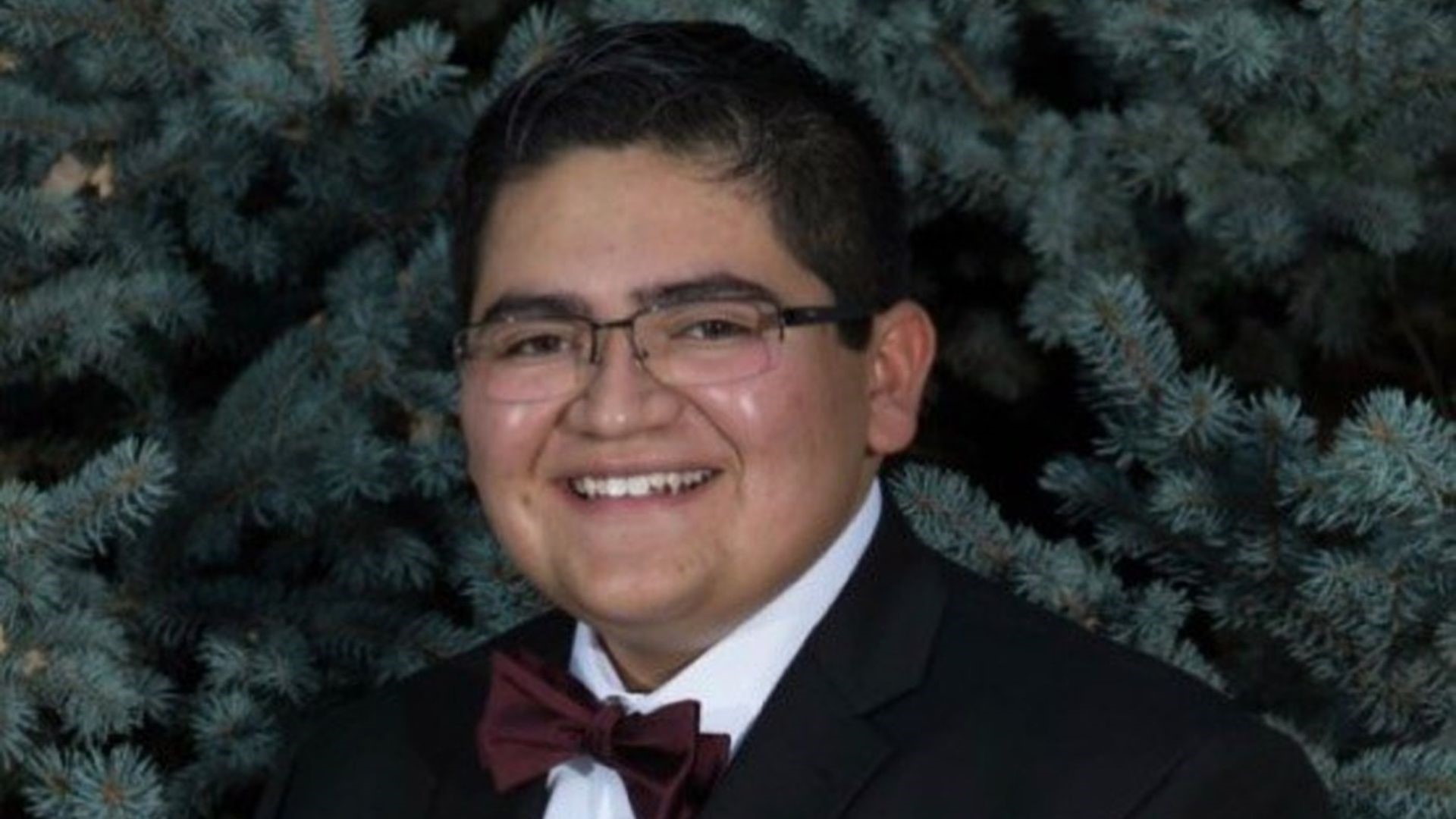 Far from denying the impact of what happened at STEM Highlands Ranch, Cannady attributes his reaction to being raised in Arickeree, a town 2 hours from Denver on the northeastern plains of Colorado. “I’m a farm kid,” he says. “When you get hailed out, you still go out the next day. Those tough farmer ways are helpful to me now. I think that’s the strength I’m relying on.” He pauses for a moment before continuing. “Everyone deals with things differently—and that’s one thing I’ve learned from this. Some are…paralyzed with grief. Some need time to grieve, to cry. To heal. But what then? What can we do? I’m someone who needs to do something. What happened makes me want to double down.”

And the doubling down of which Cannady speaks begins in that same place that is the focus of all that Cannady finds so extraordinary in his profession.

“I love the students of today,” he says, and in just the saying of the words, it seems as if this soon to be 59 year old man sheds years off his age. “They want to solve world problems. They care deeply and are so concerned about things. They want to take the reins and they have solutions—they see answers that I never saw. I see that class after class and every grade. They get so excited, discovering a problem that adults are really grappling with, and then they come up with solutions, and I just find myself thinking…wow. We hear that from the industry partners who work with the students all the time. They’ll tell us, ‘Oh, my goodness, I had no idea they could come up with these kinds of things.’ We need to let these kids into the discussion. We need to listen to what they have to say.”

Cannady is the first to admit he didn’t always see students in that light. For more than two decades, his approach to education was typical of what has existed in classrooms for years and still does in most places.

“I imparted knowledge,” he says flatly. “Students were taught to follow my instructions. It was all about the tests and the grades with kids wanting to get an A+ not an A-. It was all about winning choir contests.” Again, he pauses and then seems to go straight to the heart of the matter. “Look, I have very strong opinions about what it’s like to be a teacher now compared to thirty years ago. I think it’s insanely difficult to be a teacher now. There are so many different things to consider. There’s the safety of the students. And the compliance issues. And the standards that have to be met. It’s very hard to have the band width to do all of that and to work with the students who are struggling and to teach them about collaborating and working with others—things that they’re going to have to know how to do in life. And to do it for less pay than most professions, too. That’s why I think it’s so unfair to heap all of that on to teachers because they just can’t do it all. That has to be something we all address. We all have to do what’s necessary to make sure that the troubled students of the world are taught to reach out, to be happy, to get along well with others as Kendrick had learned to do. And with what just happened at school…I’m sorry but we can’t expect the teachers and the school to solve these problems. I’m sorry, but they just can’t do it all. Systemically, we have a crisis, and we just have to make certain that all the kids who are struggling have the same opportunity for love and support and regard. And that’s what it’s going to take to solve this. It’s going to take everyone—the teachers, the schools, the communities, the industry partners all just being obsessed with providing each kid what he needs. So, when I think about how I used to teach, well, that may be instruction, but it’s not learning.”

So, what is learning? Cannady starts to answer, stops and then starts again. “Learning is not memorizing content,” he says. “It’s not following instructions. It’s not being told to be quiet and to do what the teacher says. Learning is when you see someone taking everything around them and seeing how to use it, how to take content and use it to make the world a better place, how to take this one thing and use it to do something really good. It’s letting students think and teaching them failure is awesome. Are they having fun? Are they collaborating with others?” He stops again, frustrated at missing the mark. “I wish Kendrick was here to answer that,” he says. “Learning is what Kendrick did every day, all the time.” 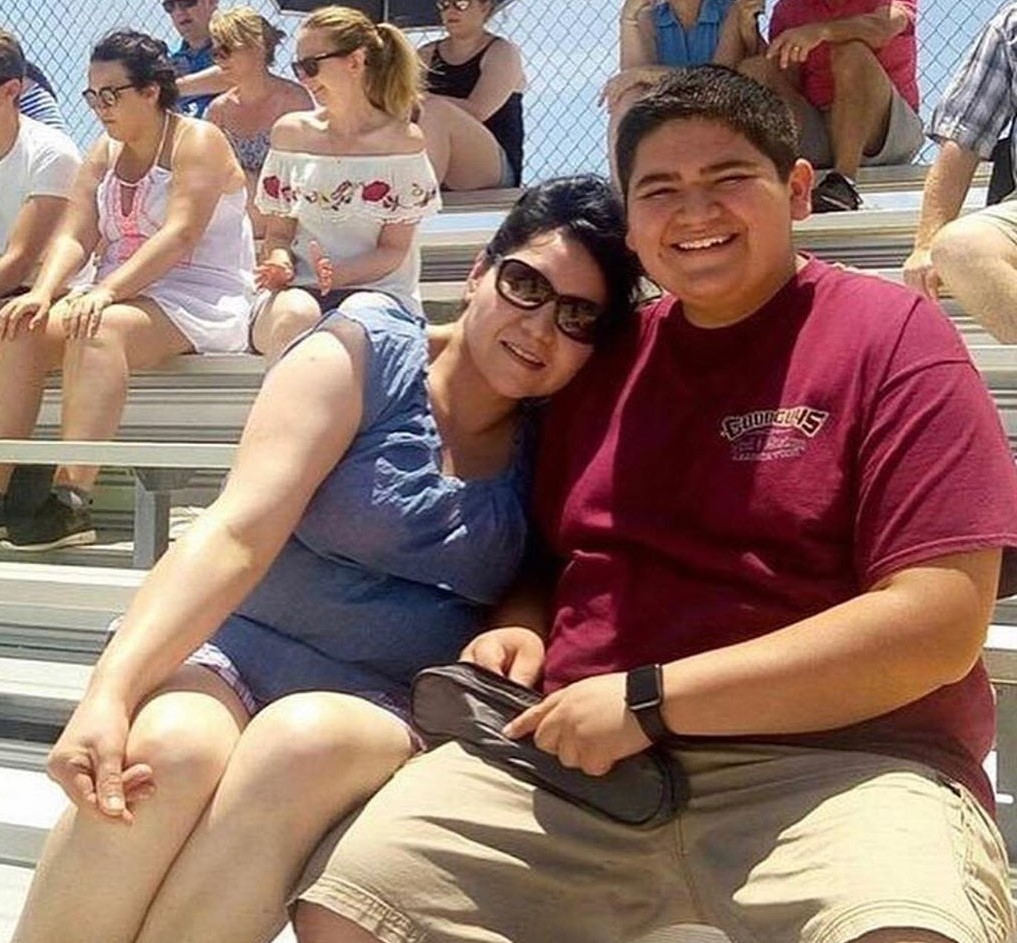 And, with that, the entire conversation stops being about philosophy and starts being about something very real, very special and very important embodied in a young 18 year old man.

“Kendrick was so passionate and happy—no, he was more than happy. He was joyful,” Cannady says. “Everything was so interesting to him. He was inspirational, always having so much fun learning and discovering and creating. But I think one of the reasons he was so passionate about learning was because of his motivation. Kendrick’s motivation was so…pure. He wanted to learn things because he just wanted to help people. He wanted to make things better. He wanted to make the world better, so he was always looking for ways to make that happen. And he didn’t just do that for himself, he inspired those around him to do that, too.” Dr. Cannady grows quiet for a moment. “You know, I think his parents deserve a lot of credit. His dad was an advisor for the robotics team. I think his parents knew how important it was to be happy and joyful and learn and they knew the value of that more than just…the grade. They celebrated his accomplishments. They also kept him grounded.”

In the day following the shooting, an interview with Kendrick’s parents revealed that Kendrick’s father, John Costillo, had had a conversation with his son about what to do if there was a school shooting. He’d told his son, “You don’t have to be the hero.” Kendrick disagreed and told his father that he would disable the shooter, if he could. “You raised me to be this way,” Kendrick had said. “You raised me to be a good person. That’s what I’m doing.”

Cannady hesitates for a moment, and there’s just a hint of something…different…in his voice. “Everybody’s speculating what made Kendrick do what he did, and I think his mom and his dad are probably the best ones to answer that. But…to me…Kendrick was so selfless,” he says. “He really was. I don’t think he even had to think about it, you know? The minute things…started happening in that classroom, you know…he knew immediately that he was there for everybody else.” He stops again, searching for words. “I don’t know. I ask myself, would I be that brave? Would I be able to do that? And the answer is I don’t know. I think there are a lot of very strong adults that wouldn’t have been able to do what he did.”

At that, Cannady takes a deep breath and gets back on firmer ground. “But what I do know is that we need more miracles,” he says. “Whenever we have something really good going on in our classes, when we have those ‘aha! moments’ where a kid discovers something they never knew before and really experiences that joy of learning and discovery…I think if we just had more of those miraculous moments, we’d have kids that were happier. More connected. More involved. More engaged in life and each other and the world. And we’d be more aware of what we need to do to make more moments like that occur in every kid’s life. And that’s really important because I don’t think adults can solve these problems. I think the solutions to problems will be found by the kids. We just need to get out of their way.” 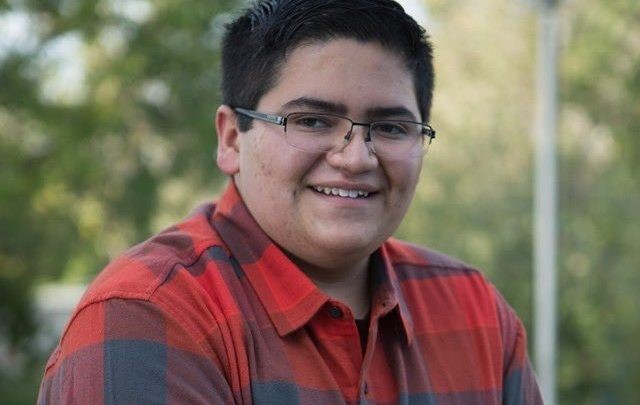 There is no doubt whatsoever that, in choosing to rush the shooter and protect his classmates, the actions of Kendrick Ray Costillo qualify him to be described as a hero. But to say that the last act of this remarkable young man’s life defined him as such is to pass over all those wonderful, joyful, passionate and inspiring things this selfless young man did in the moments leading up to that afternoon on Tuesday, May 7th.

Kendrick personified what it means to be both teacher and student, to bring joy and be joyful, to excel and to share and to celebrate in the extraordinary discovery and pursuit of living life for the purpose of making life better. It is up to those who remain to carry on with the legacy that he has left and to treasure the discoveries that are just waiting to be experienced. For, if there is hope to be found anywhere, it’s to be found in those individual aha! moments…those moments that reveal to us the miracles that reside in the world.