Written by Priscilla Waggoner on 12 June 2019. Posted in News

On Monday, June 10th, Michael Weirich, Chairman of the Board of Directors for the Eads Co-operative in Eads, Colorado, confirmed that the Haswell grain elevator has officially been acquired by the Scoular Grain Company out of Kansas. The sale actually took place on Tuesday, June 4, 2019. 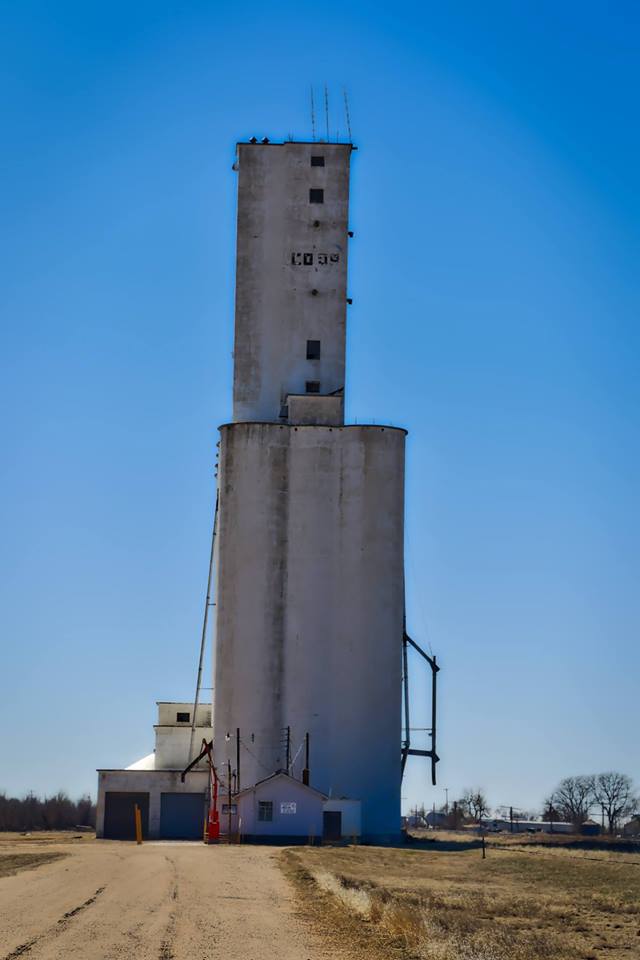 At roughly the same time as Weirich, Bev Carlson, Senior Manager with Corporate Communications for Scoular Grain, issued a statement, likewise confirming the acquisition had been finalized. Weirich did specify that all the property was sold from the concrete elevator to the steel tank, including both of the houses. Other than that, terms of the acquisition were not disclosed by either party; however,

Scoular Grain is a 125+ year old company with more than 1,000 employees and “provides diverse supply chain solutions for end-users and suppliers of grain, feed ingredients and food ingredients”. In FY 2018, Scoular reported $4.4 billion in sales. With locations in North America, South America and Asia, Scoular Grain has 23 offices and 79 facilities related to storage, processing and handling. The company markets more than 100 different products, has a storage capacity of 131 million bushels and, in FY 2018, marketed more than 1 billion bushels. They are the 23rd largest exporter in US Foreign Trade via Ocean Container Transport and are ranked by Forbes as the 81st largest privately owned corporation in the United States.

The statement from the company went on to say that “Scoular’s purchase of the elevator brings new efficiencies and opportunities into southeastern Colorado. The company offers competitive pricing and transparency for producers, including a growing suite of options for business mobility. Scoular offers text bid services, as well as the Grainview™ app which gives producers control of their accounts via smartphone. GrainView™ provides real-time information on cash bids, scale tickets and contracts with e-signature.”

That statement is backed up by a review of the company’s website, which reveals a user friendly, strong orientation toward making information readily available, using the same digital technology that’s accessible to anyone with a cell phone. Derek Spears, a Scoular representative who was on site in Haswell, attributes the emphasis on bringing digital convenience to farmers to the leadership of the CEO who was hired three years ago. He summed up the approach in the simplest terms possible. “Scoular’s CEO believes in leveraging technology,” he said. 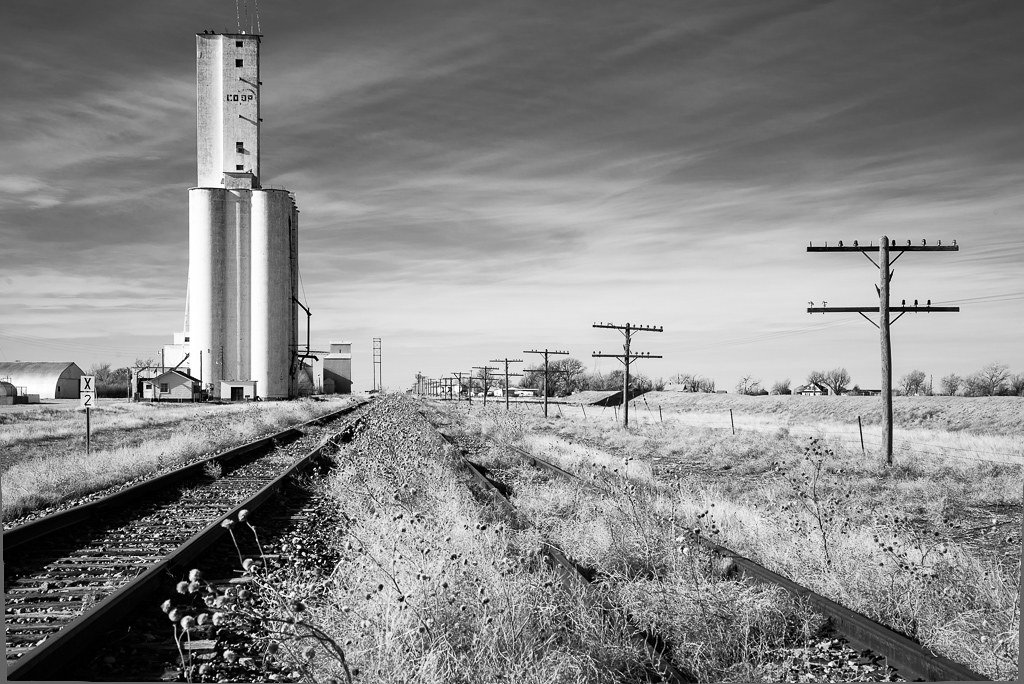 The company also seems to embrace new ideas that speak of innovation combined with practicality. Spears mentioned one idea that seems especially innovative.

“We’re looking at testing an ‘Uber’ service using semis,” he said. For those who don’t know, Uber is the name of a largely urban based company that has revolutionized the process of connecting people who need a ride to a specific destination with “driver-partners”—that is, people with their own automobiles who have contracted with the company to provide the needed transportation. The whole process is accomplished using a mobile phone app that connects drivers with riders and calculates the cost of the ride.

However, in this case, the driver would be in a semi—not a car—and he/she would be transporting grain, not people, all done via a very user friendly app on the phone someone has in their shirt pocket.

Spears was quick to add that the program is still in the planning stages and would be tried out in Kansas before being expanded to other states like Colorado.

By all appearances, once the sale was final, Derek Spears seemed to hit the ground running, and when he was reached for comment on Monday, had his attention focused on immediate matters. “We’ve hired two employees to work in the elevator. One is from Eads and another is the son of a producer in Haswell,” he said. “And now, well, we’re concentrating on getting ready for business. We’re cleaning bins, certifying the scales, doing what’s necessary for automating the ticket process.” The goal is to get all of that accomplished in time for harvest, and it’s a goal that Spears was confident they would meet.

The Haswell grain elevator was originally built in the 1950s and was purchased by the Eads Co-op sometime in the 1970s. For the last nine years, the elevator was leased to Bartlett Grain who was in constant operation until Bartlett merged with Savage and the decision was made to move all their operations to the newly expanded elevator located in Towner. In the case of the Haswell elevator, that meant allowing the lease to expire, which it did on January 31st of this year. At some point, several members of the board who had a favorable impression of Scoular Grain reached out to the company to see if they were interested in purchasing the elevator. As it turns out, they were.

Haswell is not the first elevator in Colorado that has been purchased by Scoular. They own two other properties: one in Idalia and one in Julesburg that was purchased one year ago—almost to the day. Haswell makes the third.

When asked if the acquisitions were a sign that Scoular was planning on expanding operations into Colorado, Spears had a simple response. “We’re growing,” he said. “We’re happy to be here.”

There’s no doubt that some local farmers and residents feel the same way, knowing that Haswell will be accepting grain, once again.

When asked for a comment, Weirich stated, “They’re a good group of people. They really are,” he said. “I’m sure the transition will be a smooth one.”