Most people who are kind and supportive do so because they are just good people. There is a large number of those types living quietly and non-assuming on the plains of southeastern Colorado. They never expect anything back for their good deeds because in their world kindness and respect for others, no matter who they might be, go hand in hand. Such was the way Dolores Eikenberg lived her life in Haswell for a very long time until she recently passed away leaving a void in the lives of all who knew her. 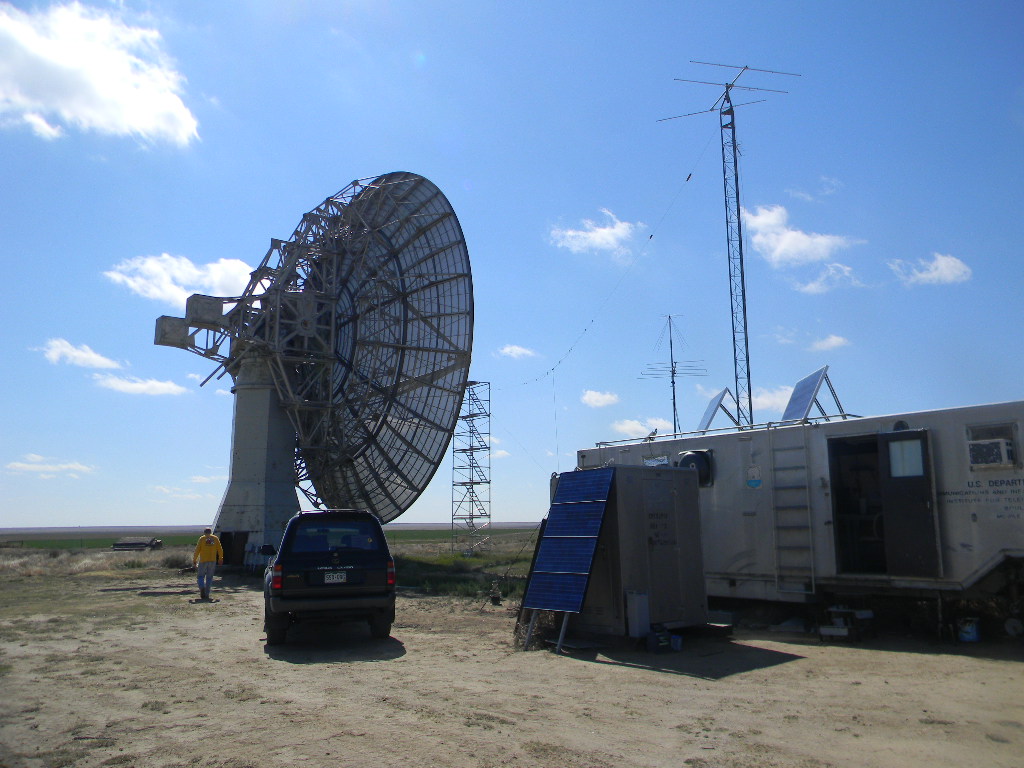 The usual groups of people who will miss a dear, loved one include family members, friends, and neighbors. But in Dolores’ case there is another group of people who miss her dearly and wanted to recognize the Haswell matriarch for her true friendship, kindness, and support naturally given since they arrived on the scene in Haswell a decade ago in 2009.

The Deep Space Exploration Society is a non-profit scientific organization whose members love to talk about stars, galaxies, and the wonders of the universe. Many of their board members have spent hundreds of hours in Haswell working on their newly acquired satellite project.

The dish at Haswell, Colorado was donated to DSES in 2009. DSES subsequently named the site the Paul Plishner Radio Astronomy and Space Sciences Center in honor of a donor who was an early researcher in Radar. The Deep Space Exploration Society exists to foster the exploration and understanding of space by preparing students, members and the public to participate in that exploration. They facilitate experiments designed to expand their knowledge of space and execute ground-based missions designed to support those experiments. The unique contribution they hope to provide to future exploratory missions is a low cost alternative satellite downlink ground station and tool for pursuing radio astronomy.

The facility consists of a fine old 60 ft parabolic dish antenna capable of receiving radio signals over a wide range of frequencies (100 MHz to 10 GHz) from celestial objects or space craft. This facility is located near Haswell, CO was used for many years in research until its retirement around 1975. The challenge over the last several years has been to restore and update the facility to provide a compelling alternative to the very expensive Deep Space Network antennas (located in the western US) using volunteer effort and the very limited resources available.

Obviously, this group of scientists and Dolores Eikenberg may not appear to have anything in common—at least on the surface. But kindness and respect in the way of food, lodging, guidance, and good company from both parties was all it took. Dolores and the scientists became life-long friends over the decade as the dish at Haswell was brought back to life.

In honor of Dolores’ true support for their project and her invaluable friendship, Michael Lowe, President of the Board of the Deep Space Exploration Society came to the county commissioners and requested a name change for the road heading out to the satellite and, thus, an address change for them. He proposed County Road 20 be renamed Dolores Lane.

The commissioners agreed at the April 11, 2019 meeting. Paperwork to the state still needs to be made but soon a new directional road sign will be posted. The Deep Space Exploration Society will have a new address. It is currently 9301 CR 20 but soon will become 9301 Dolores Lane and when heading south off of Highway 96 in Haswell you’ll be driving on the nicest, most friendly road in the region