Letter to the Editor - Bud Bennett

As many of you might know, I live on Maine Street in Eads, Colorado and am the guy who flies the multitude of flags in front of my home every single day. I have collected a large array of flags representing just about every occupation, organization, state, and country that exists. When things happen locally, statewide, or even sometimes on the national or international scene, I use my flags to tell the story about what I’m thinking on the subject. For instance, over this past weekend I flew the 4-H, John Deere, Eads Tree City USA, FFA, and Sheriff’s Department flags to recognize the efforts of the many groups of people who were involved with the Maine Street Bash. 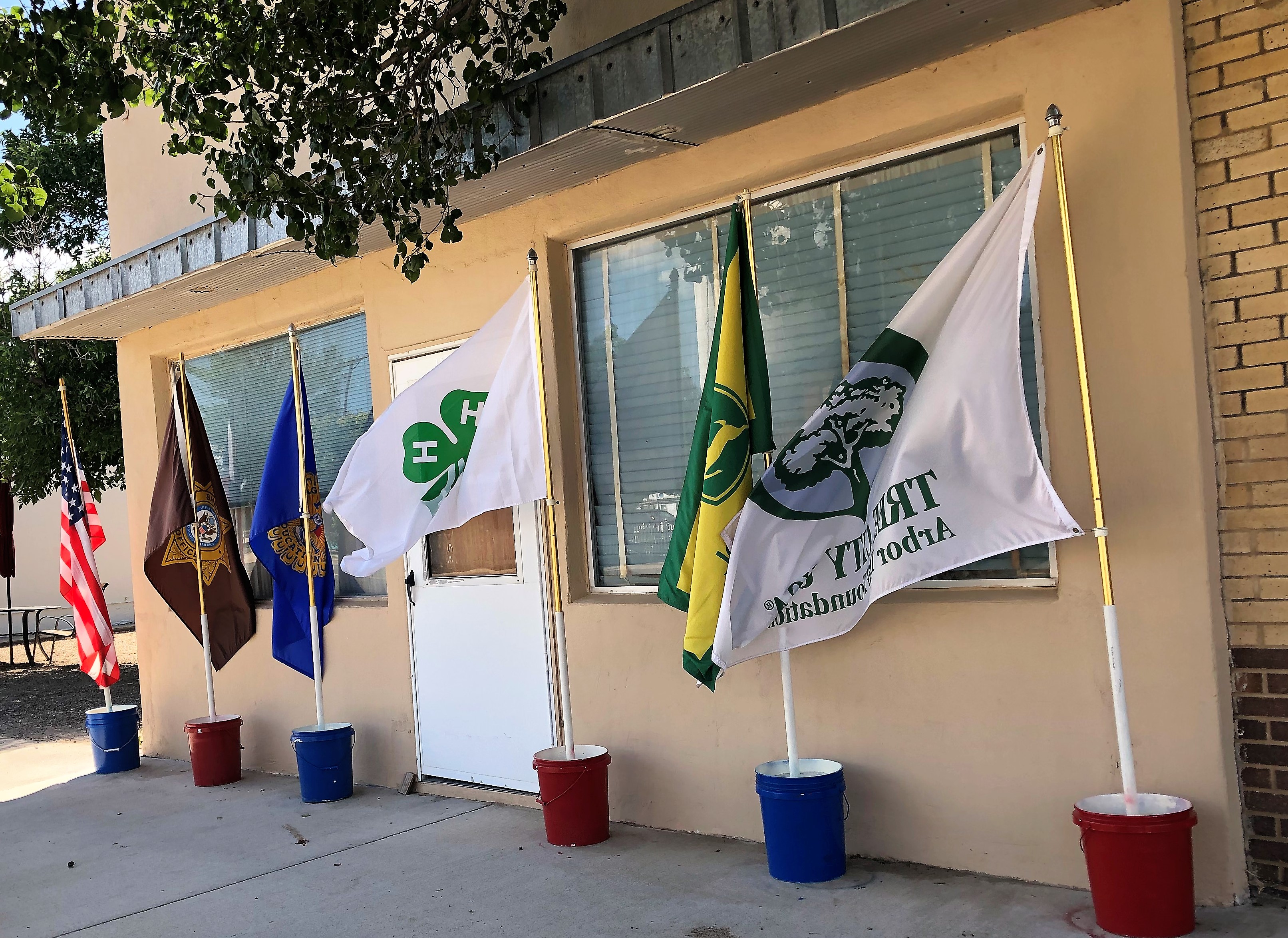 One of those flags, the Sheriff’s Department flag, is going to stay in my flag story for some time to come as it represents my heartfelt appreciation and thanks for those in the law enforcement world.

Most of you probably don’t know that I was a cop in Denver many years ago serving on the beat for more than 13 years. My time in law enforcement was not without incident back in the late 1950s and into the 1960s. I was present for the riot at West High School. Another time I was shot at point blank by a guy sitting on a porch holding a .45 in his hands. How I made it out of that one I’m still not sure. Through it all, however, one truth was ever-present that very few cops in my time were actually ever killed on the job. It was nearly unheard of and when it happened the entire emergency responder world felt an obligation to show up at the funeral and honor their fallen.

Now sitting here watching the news I find myself unable to do anything about the horrible things being done to cops, border patrol, and even some first responders across the nation. Nearly every day we hear of a cop being killed or border patrol being ambushed. State patrol officers are getting run down on our interstates. And now, in New York City and other cities, we see cops being treated with no respect by people on the street as they pour water over them while they’re doing their job. What will be next? Bleach? Acid? I sit here in my house wondering, “What the hell happened?”

It’s too much to try to get to the truth. The only truth I do know is that I have a strong need to send out a sincere and appreciative ‘thank you’ to every first responder who goes on the job in order to serve and protect this great nation. I appreciate the work done by military veterans and current soldiers, Sheriff Departments, police officers, firemen, EMS, border patrol, and others. So, at least on Maine Street in Eads, my flags will be flying honoring those men and women who deserve our deepest and utmost thanks.