One Small Step (No, not the moon. Maine Street.)

Written by Priscilla Waggoner on 07 August 2019. Posted in News

Last week, people passing down Maine Street might have seen a sight that has become somewhat familiar over the years: a small group of locals associated with the Crow Luther Cultural Events Center taking someone on a tour of the center--past, present and future.

Kyle Callahan is an architect with Callahan and Associates Architectural Firm. That is to say, Mr. Callahan is the man who takes the CLCEC building design, which has already been done, and turns it into a 30-40 page document that not only spells out in precise detail what goes where but also spells out in equally precise detail how much that what-goes-where process will cost. Once this document is completed, the project becomes (more or less) a straight shot home. Get the funding; hire the workers, and watch the ultimate realization of a dream that has been decades in the making. 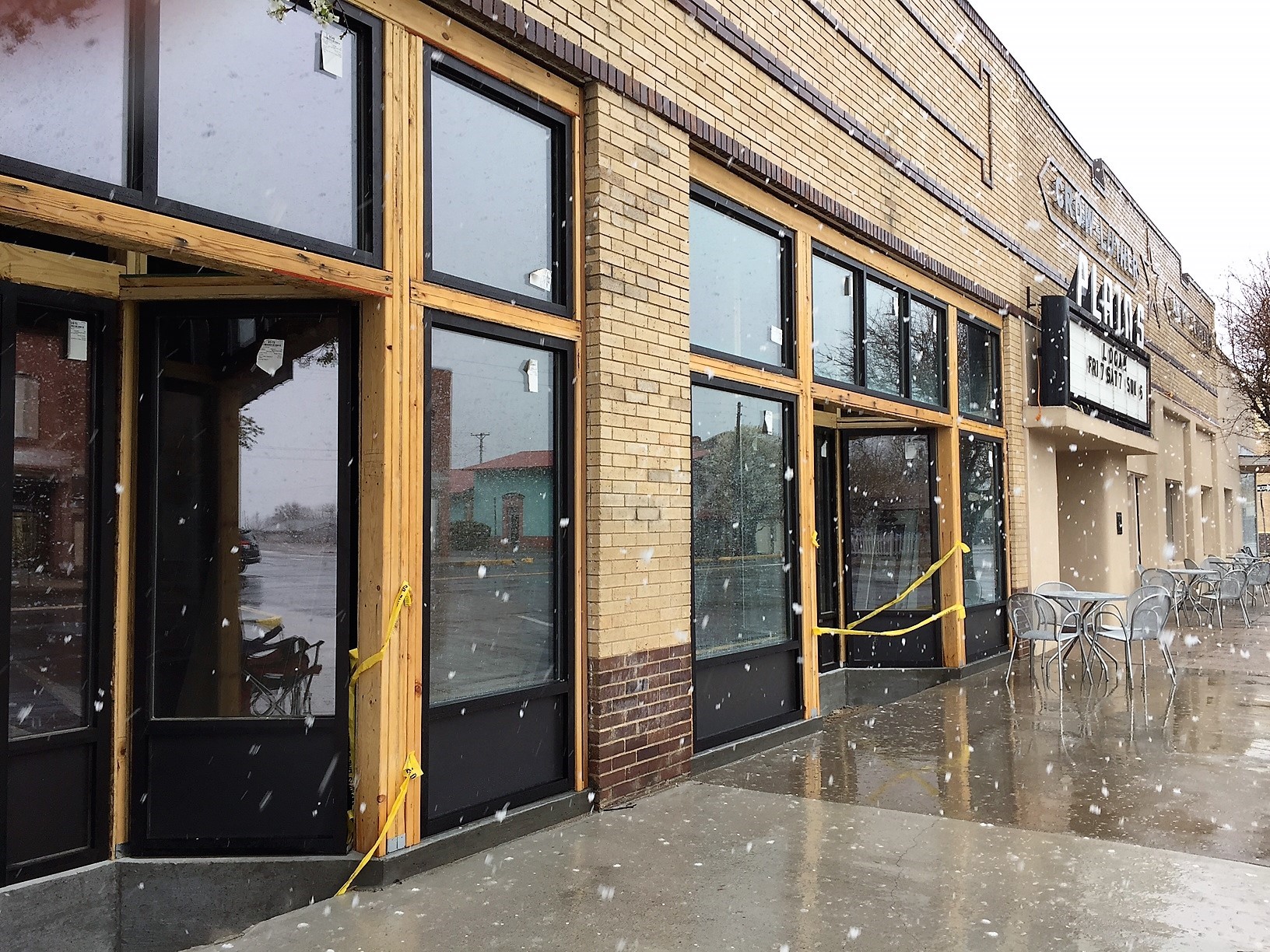 For the sake of perspective, it should be noted that an enormous amount has already been accomplished.

What started out (or, actually, ended up, as the case may be) as a building with a fallen down roof resulting in years of water damage, seats that were no longer suitable for sitting surrounded by less than structurally sound walls all of which was destined for the trash heap was, over time, gradually transformed into a viable, charming and downright historic movie theater showing first run movies on a digital projector. To say it was quite an undertaking would be more than true, at multiple levels. But to say the result was largely due to the patience, perseverance and determination of a relatively small group of people is about as true as true can be.

After all, there’s a reason that the “Plains Theater” has served as a model for other similar theater renovations in the region.

However, having just a movie theater was never the ultimate goal. The vision has always been to build something larger. Exactly as the name implies, the plan is to have a “cultural center” that includes a movie theater (check that one as done) plus the two adjacent buildings, as well, which will house a restaurant, a bar, possibly a brewery and a space flexible enough to hold weddings, receptions, art exhibits, multi-media presentations, lectures, classes and any one of a number of other events.

Yes, there will be those doubting Thomases (no offense to any Thomas whatsoever). But those who may scoff and say “it’ll never happen” might do well to remember that previous nay-sayers from years past are now regular patrons at the theater watching the latest films every weekend. In other words, this group of highly dedicated Crow Luther Cultural Events Center defied the odds and resurrected the theater, and they’re come hell-or-high-water determined to finish what they started. 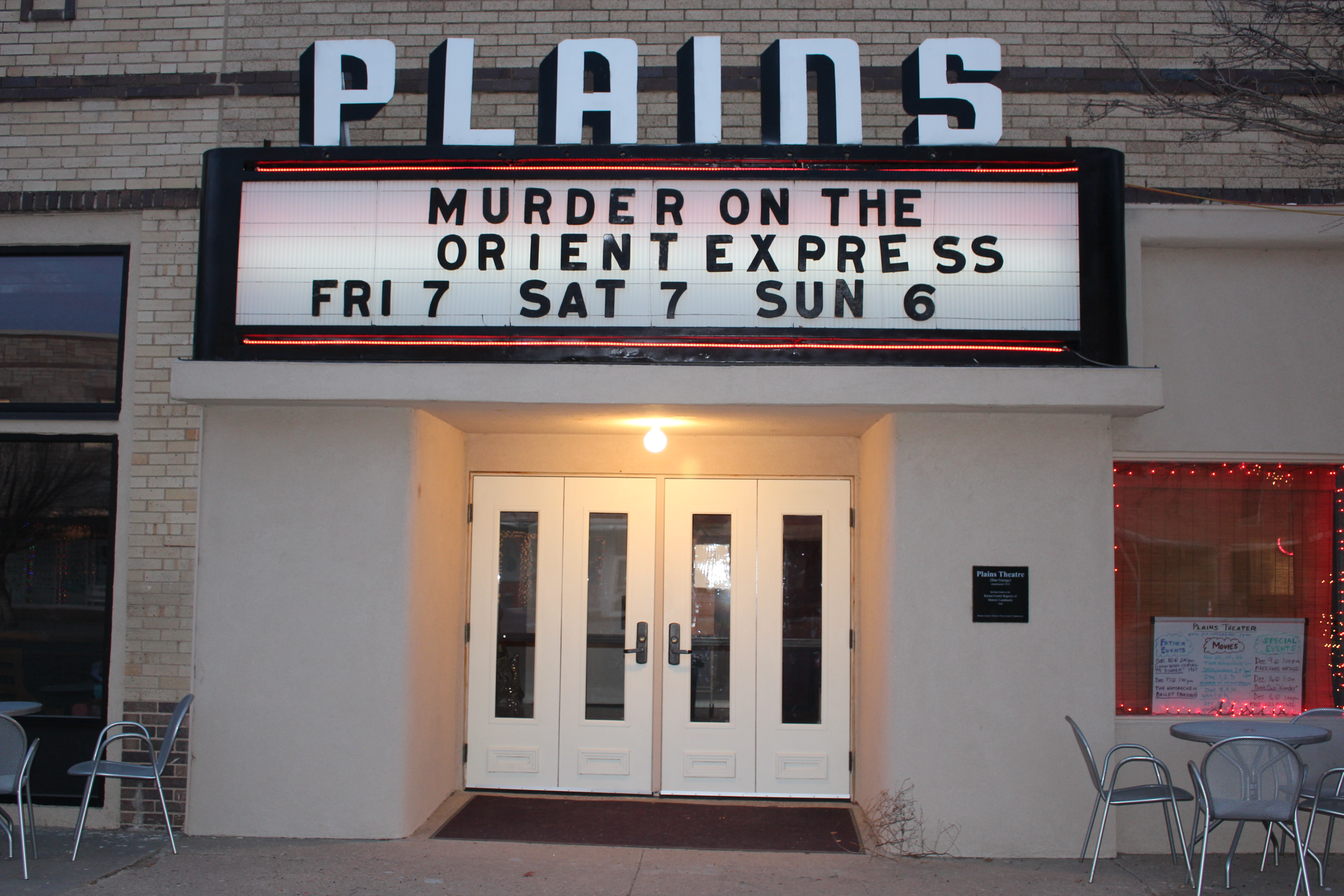 Will it take time? Of course it will. Does a bear…? Never mind. Don’t answer that. But in a community largely populated by men and women who plant seeds in the ground believing those seeds will eventually become a crop that can be harvested, the notion of “taking time” should come as second nature.

Will it take money? Of course, it will. (Please refer to the aforementioned bear question.) But that is what made the time spent with Kyle Callahan so vital, for, when he left, he was as energized by the potential of the project as he was aware of the financial constraints involved.

Meanwhile, members of CLCEC’s Board of Directors are as resourceful as they are tenacious. A variety of creative, interesting fundraisers are being discussed as well as grant opportunities being investigated. With that kind of energy—largely generated by volunteers, no less—combined with various organizations willing to fund such a project and a supportive community that realizes this kind of addition to Maine Street could be a significant boost to the town and surrounding areas, there just might be a day in the not too terribly distant future when Eads resembles, once again, the booming town that people over the years have known and loved so well.