Written by Kayla Murdock on 01 October 2019. Posted in News 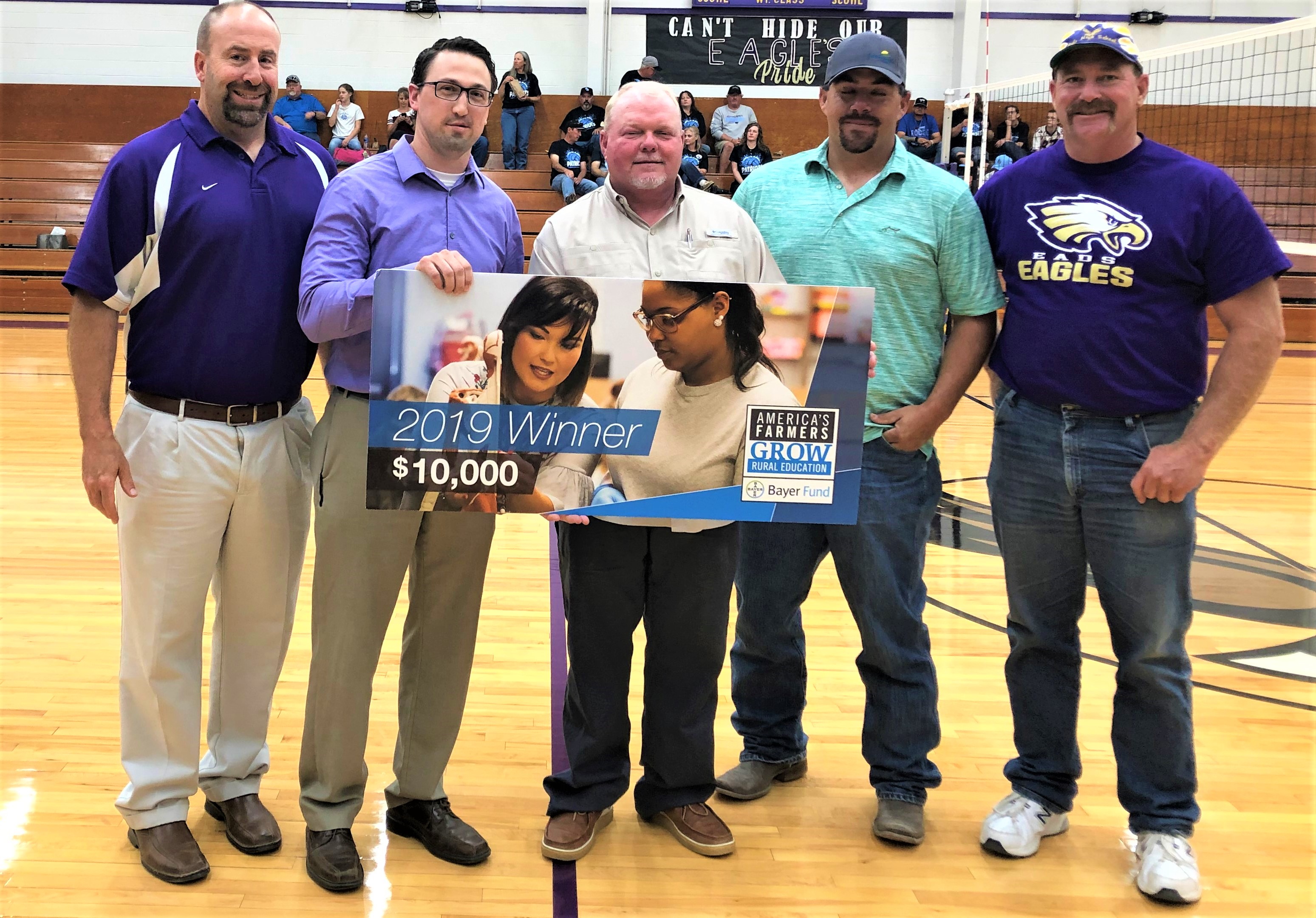 For years (and years and years), science, as a field of study, has gotten a pretty bad rep.

“It’s only for certain types of people who like to do certain kinds of things.”

“Why should I study science when I don’t want to be a scientist? Nope. I’ll pass. I want to go into business.”

“Okay, sure, it’s interesting, but, c’mon, when am I really going to use that stuff in real life?”

Who hasn’t heard these things? (Or said things themselves, and, yes, you know who you are.)

Even STEM—the curriculum based on educating students in science, technology, engineering and math—has its own mystique. With the creation of STEM schools, STEM programs and STEM projects, the perception for some continues to be that the study of these subjects is for other people in other places with interests other than those enjoyed by the mainstream of students.

Science belongs in its own corner of the room…its own area of study…its own part of the job market where it’s always been. Right? 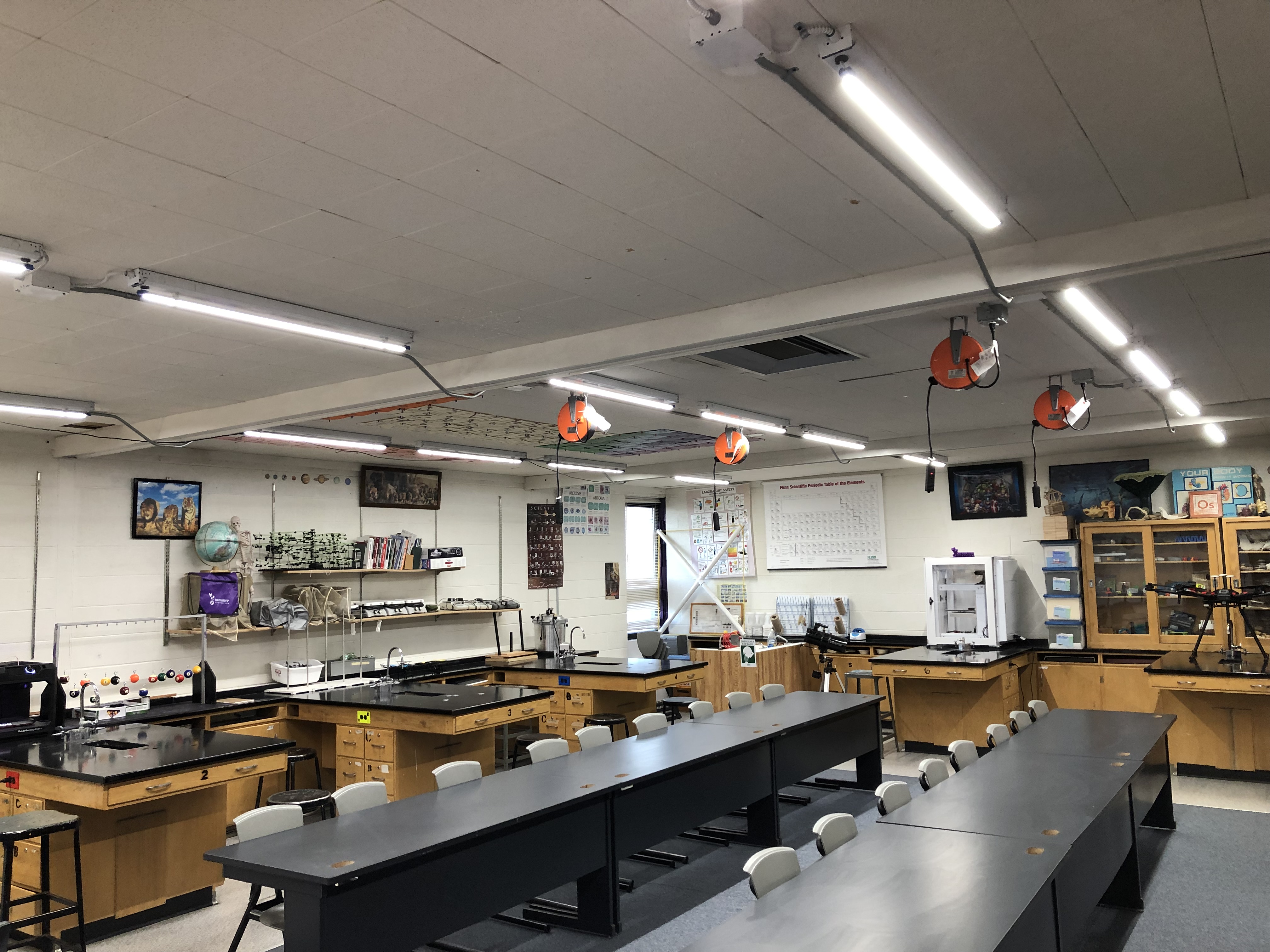 Science is everywhere. Science impacts everyone. Science is involved in identifying problems and developing solutions. Even more than that, learning about science involves learning a specific way of thinking, and scientific thinking is crucial to students—at all levels—developing an understanding of the world that surrounds them and all that world contains.

That’s exactly what Joe Wagner, an innovative science teacher at Eads High School, plans to show his students, and people with the Bayer Fund (formerly Monsanto) believed in the idea so much that they recently awarded him a $10,000 grant to do it.

“Scientific thinking…helps us make sense of the world,” Wagner states. “Why something doesn’t work or understanding how something does work. As children progress into adulthood, using scientific thinking becomes important for knowing which skills to utilize, the manner in which to use them, and how to work through a process.”

In conjunction with teaching students scientific thinking, Wagner will use the funds he received to purchase and implement new curricula in earth science, biology, physics and chemistry classes that contain more hands-on experiences and critical thinking lessons. “The purpose of this program is to inspire exploration, investigation, and problem solving in science, as well as introducing students to thinking in a more scientific manner,” he states. The Houghton Mifflin Harcourt Science Dimensions curricula also addresses the “five Es of science”: engage, explore, explain, elaborate and evaluate. Those skills are all involved in developing—you got it—scientific thinking. 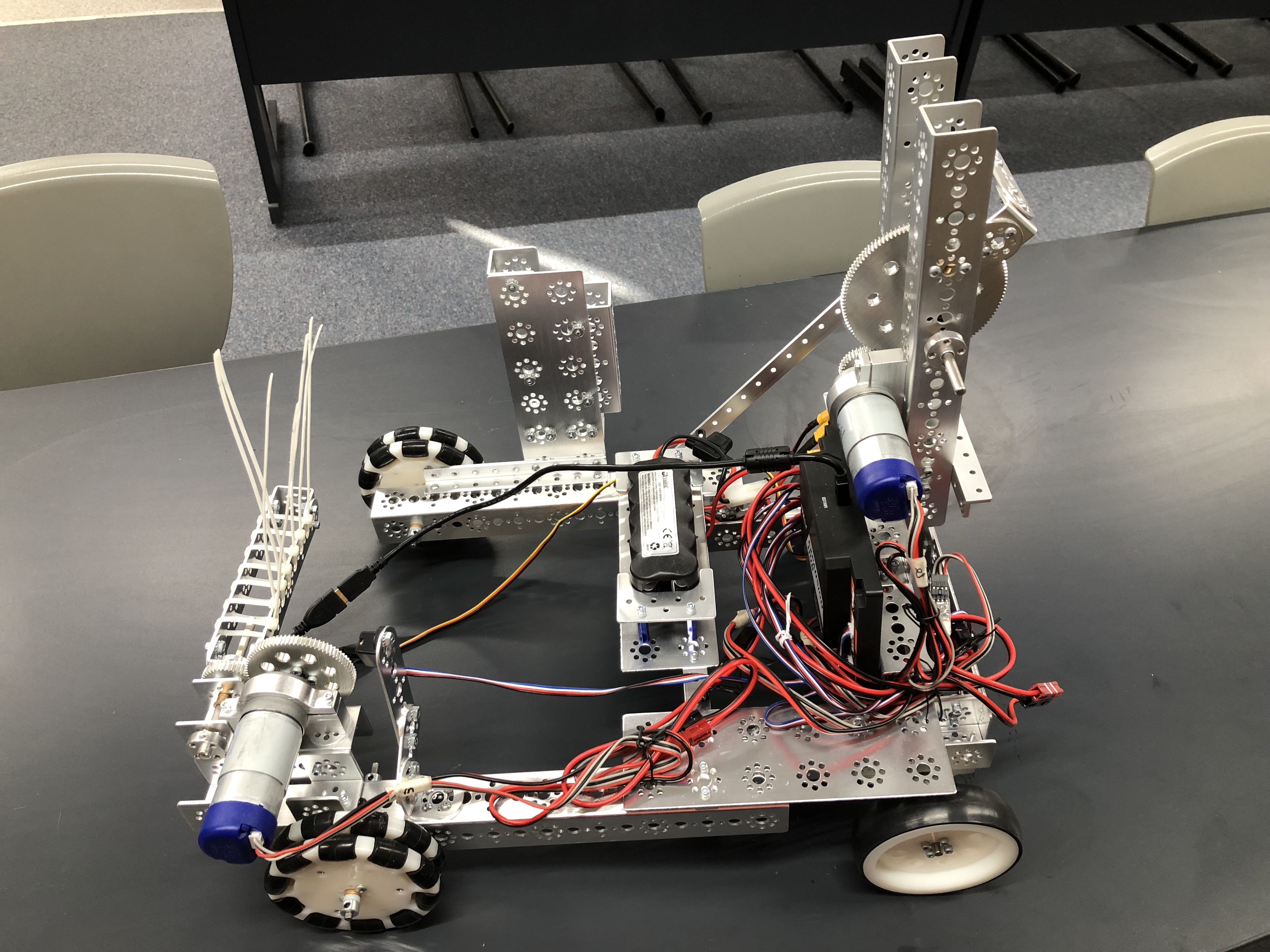 However, this curricula, especially in Wagner’s hands, takes the program one step further. “Another goal of the program and school is to integrate all disciplines to show students how they are interrelated,” he adds. “Science, technology, engineering, math, creativity, art, and history are all correlated in some manner. We want students to recognize this and utilize all of these skills to develop solutions.”

In other words, the curricula Wagner describes is not just one designed for students to gain scientific understanding of earth science, biology, physics and chemistry through hands on exercises, it also teaches students how to think scientifically. To observe and gain information about something. To determine what questions are the right questions to ask. To predict what the answers to those questions might be. To test those predictions to see if they’re correct. To document (or record) what is learned. And to effectively communicate what is learned so that others can understand.

One can easily see how that kind of thinking could apply to a number of subject areas, not just science. For that reason, an increasing number of schools are teaching the basics of scientific thinking to kids in first grade as much as they’re teaching them beginning principles in content areas of science, technology, engineering and math. And, given how the gap is increasing between what students know and what they need to know to keep up in this rapidly changing and evolving world, there’s no longer any such thing as starting too early.

For those pragmatic, “show me the money!” skeptics who might still be thinking Ah, yes, another day, another acronym in education and insist there continues to be a lack of real time relevance in public education to real life circumstances, the following facts might light a fire under…whatever.

In the last 20 years, STEM jobs have increased by 79%. From 2017 to 2027, jobs using skills related to STEM areas of study are projected to increase another 13%. However, technology is developing and advancing at such an unprecedented rate that even many of the “non-STEM” jobs will demand some knowledge of technology.

Just as there is an enormous range of occupations where STEM skills are involved, there are also STEM jobs that are currently available at all levels of education from Associate’s degrees to those who have earned a Ph.D. Some examples of jobs that can be gotten with an Associate’s include mobile app and web developers, radiology technicians, wind turbine technicians, computer support specialists, solar photovoltaic technicians, drafters, medical lab technicians, electro-magnetic technicians, mapping and surveying technicians to name just a few. 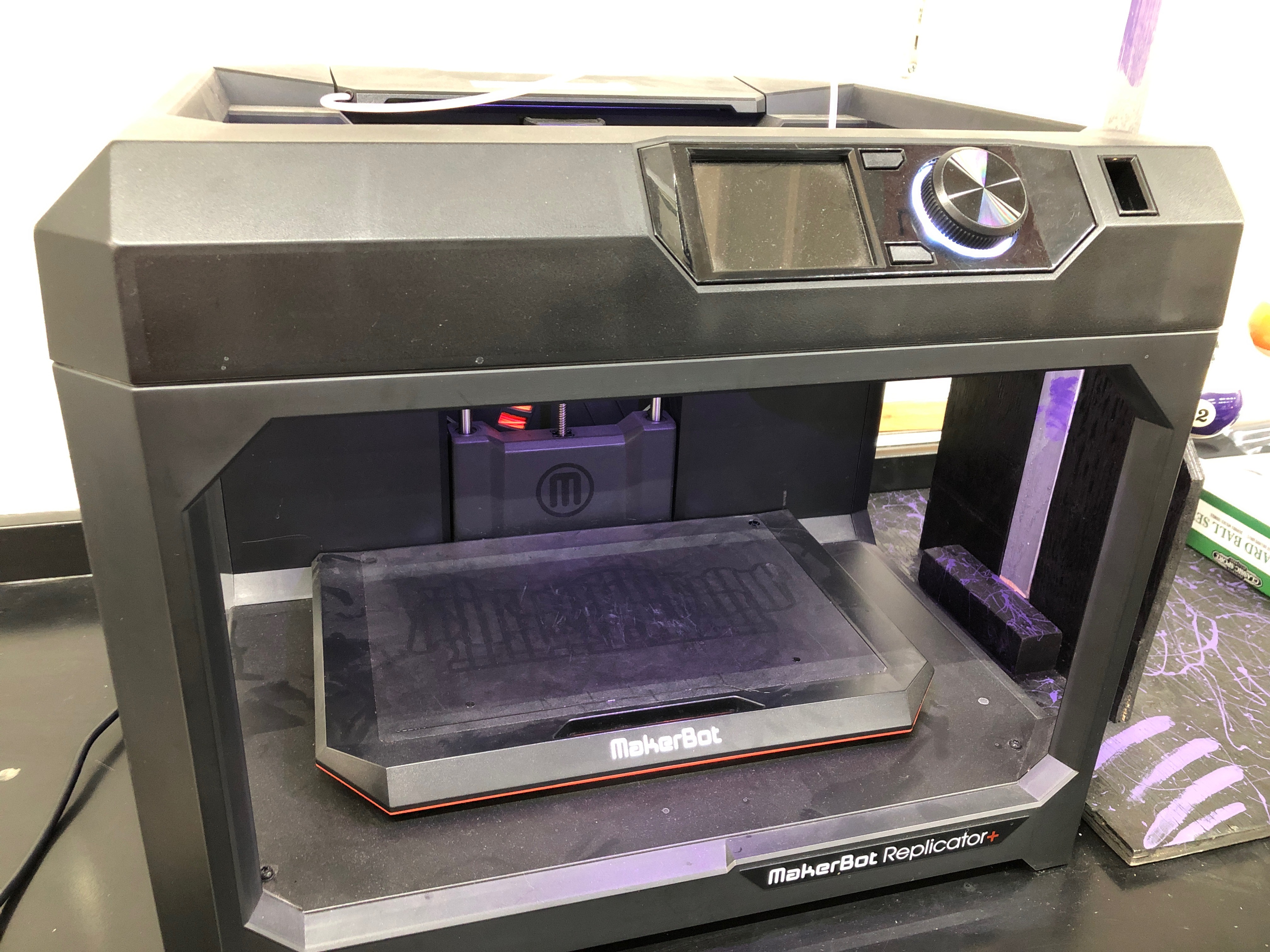 And if those possibilities aren’t enough to spark some interest, try these numbers on for size. The average median salary for STEM jobs is $38.85 per hour. The national average for annual salaries in STEM jobs is $87,750. If job availability is a concern, no worries, for it’s projected that by 2025, there will be 2.5 million STEM jobs that will go unfilled. Think about what those “unfilled” jobs might be, and it’s easy to conclude that students being proficient in STEM is as good for society as it is for the students themselves.

This scenario makes Joe Wagner’s job even more crucial, for students need to get a good foundation in STEM education to be prepared to enter post-secondary education in the field. Fortunately for all concerned, Mr. Wagner is more than up to the task.

A cutting edge approach to education is nothing new for Wagner. In his fifth year at EHS, Wagner brings to the job a background in scientific research OSU and the current pursuit of his Ph.D. in a science-related field. But a look at his classroom says the most about his desire to provide students with an interactive, dynamic atmosphere as drones, robots, a 3D printer and a sundry of other “hands on” learning tools (including the obligatory skeleton in the corner) are there just waiting to be explored.

In addition to being a teacher at the high school, Wagner is also a member of the community. He sees the need to show students real time value of STEM applications in agricultural life just as he sees the need for an agricultural community to stay current with technological advances. With that in mind, the Nathan Yip Foundation grant he was recently awarded for the Arrow Electronics and Rural Ed High Tech Ag project teaches students—first hand—the role STEM plays in precision agriculture. As covered in a previous edition of the Independent, that project teaches students to use drones to track and transmit data received from boluses ingested by cattle that provide vital information on cattle health and location. 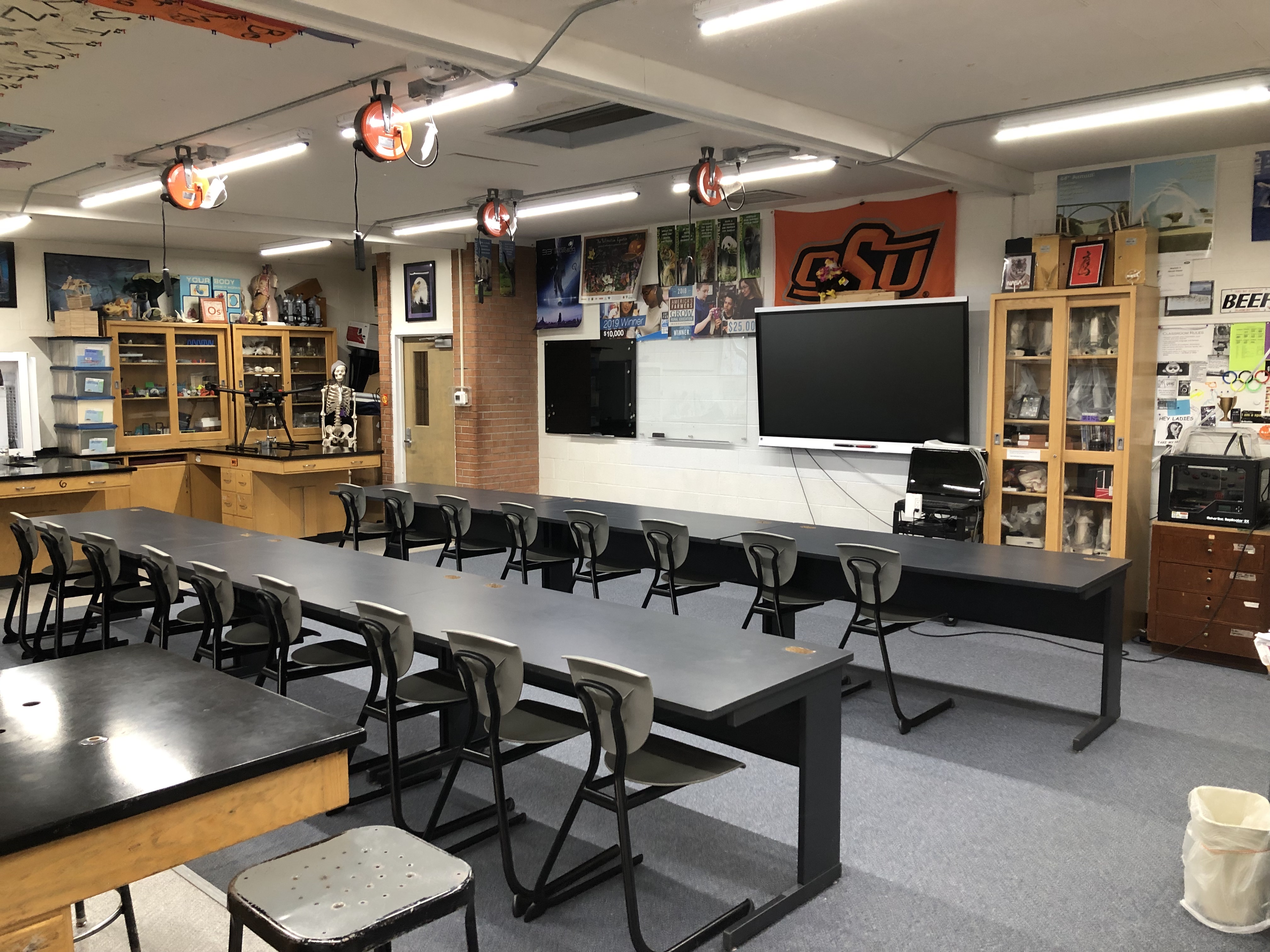 As Wagner was quoted earlier, “…there could be tremendous opportunities for students for good jobs if the community could come together to become active in larger agricultural advancements. If we could spur the growth of technology know-how through the school, these future workers could be just what the community needs to step up to the next level of industry, manufacturing, and value-added agricultural businesses.”

That, ladies and gents, is true scientific thinking in progress, and it is exactly the kind of thinking that builds a future everyone—from scientist to rancher—can embrace.