Let's Give It Another Go..."Old Motel" has New Owners

Written by Priscilla Waggoner on 29 October 2019. Posted in News

It’s not exactly “Breaking News” that people from “the early days” were an industrious, ambitious, determined-to-make-something-happen group. After all, they moved the entire town of Eads three times, just making sure it was located alongside the railroad. Yup, all 41 buildings by the time it was over. But what isn’t as widely known (or, perhaps, remembered) is that a group of people from not so long ago demonstrated the same spirit and commitment to making Eads the place they believed it could be. 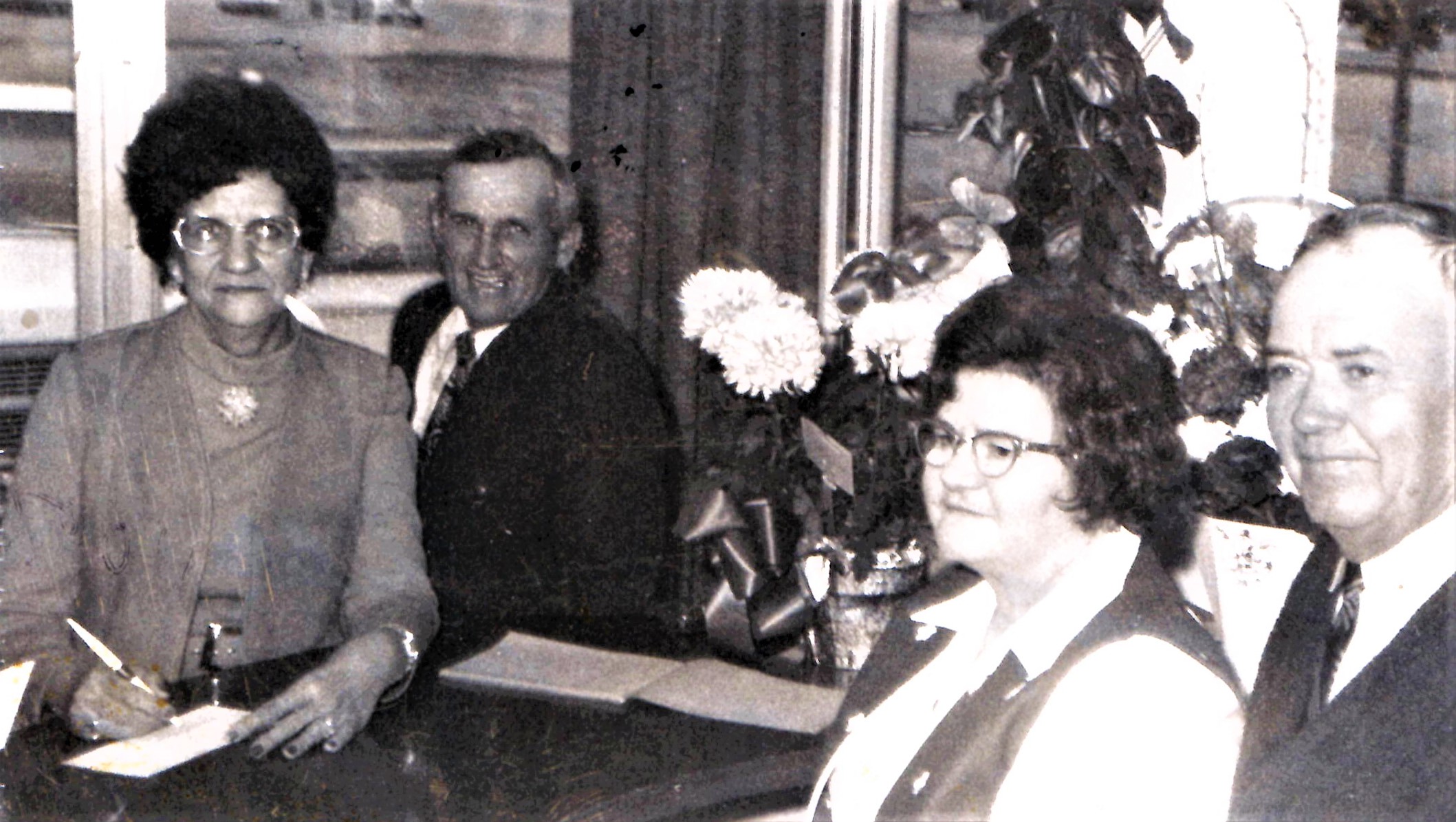 The year was 1960, and families taking trips across the country by car was and immensely popular cultural event. There was good reason for its popularity; the 1950s had brought in an unprecedented boom in automobile ownership in the United States, a boom boosted even further by Hollywood producing the first “road trip” movie titled “The Long, Long Trailer” and starring one of the most popular celebrity couples in the country, Desi Arnez and Lucille Ball. In all its wisdom at the time, the auto industry quickly jumped on board as Chevrolet launched one of the most successful advertising campaigns in television history, and Dinah Shore singing “See the U.S.A. in a Chevrolet” became a common slogan in American households across the nation. Even rulers and yardsticks had the slogan printed on the side.

With this phenomenon on four wheels taking the country by storm, it’s no surprise that a club calling itself the “U.S. 287 Highway Association” came into prominence. 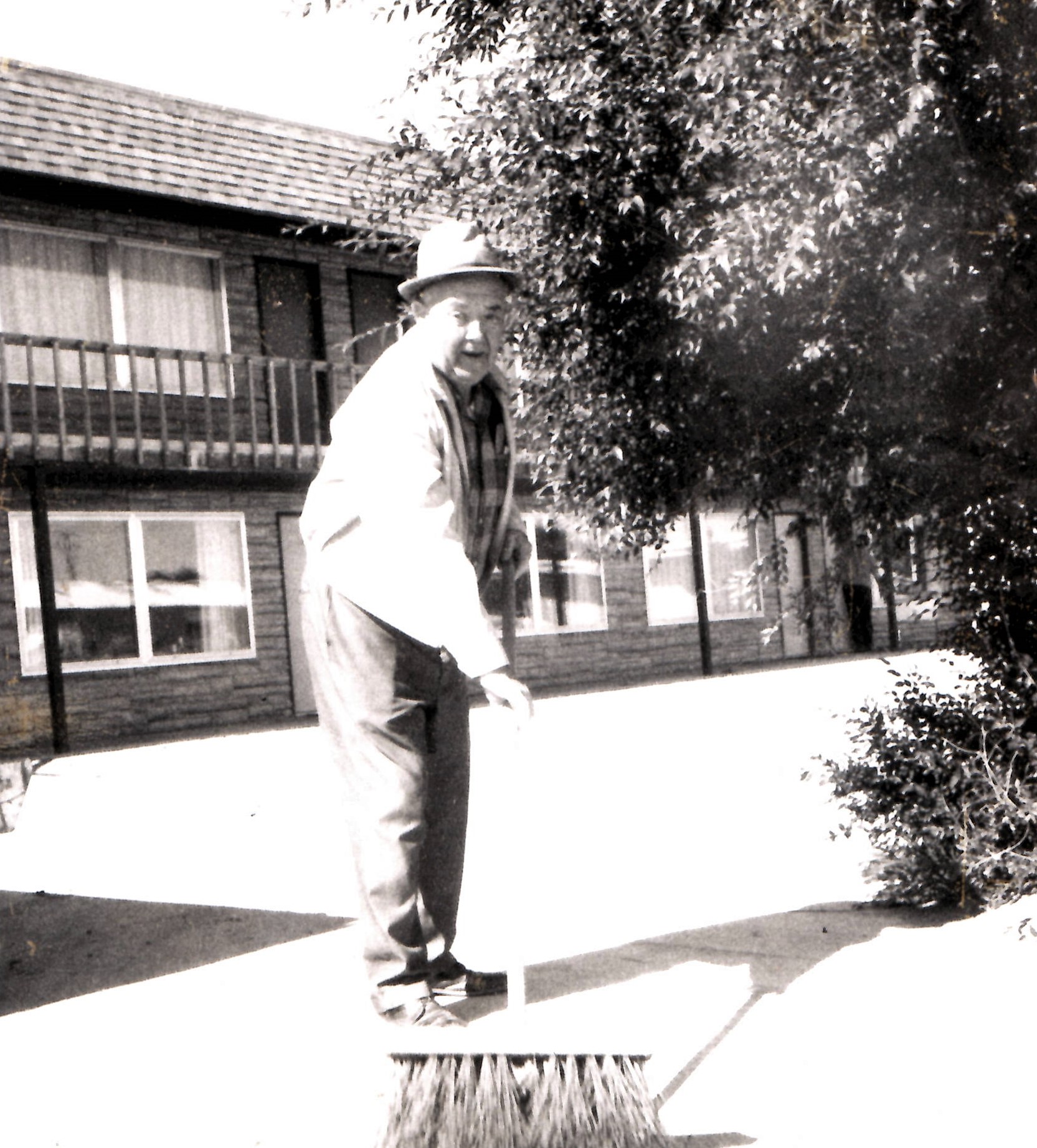 Starting in Tallahassee, Florida with Port Arthur, Texas added as a major point where people joined in along the way, groups of families soon became a caravan—all sporting the gold vests that signified club membership—as they headed off in their cars on Highway 287. Out of Port Arthur, they headed in a northwesterly direction, first through the panhandles in Texas and Oklahoma and then into southeastern Colorado on their way north to the Last Frontier.

But this wasn’t just any travel club where travelers were encouraged to just set off on their own. Far from it. The US Highway 287 Association had the published goal of “working together”, which involved the collective work and support of 2,000 individual Chambers of Commerce businessmen spread out along the 3,500 mile journey. Genius. Sheer marketing genius.

As everyone knows, Highway 287 goes literally right through Eads. And that’s where the genius of Clyde and Bernice Crow enter the picture, both of whom were proud members of the 287 Association.

In 1960, Clyde Crow became actively involved in the 287 Association, soon to be elected as Director and, ultimately, as President, an office he held for two consecutive years. During the decade that followed, Clyde and Bernice became very familiar with that long stretch of pavement and, in fact, stopped at every single Chamber of Commerce from Tallahassee to Fairbanks. But it would seem the Crows weren’t just driving. The couple also owned a successful grocery store in town, and, as the sharp businesspeople they were, they were also driving and thinking. And, in 1973, they took a huge step for any couple, let alone a couple from a small town like Eads. 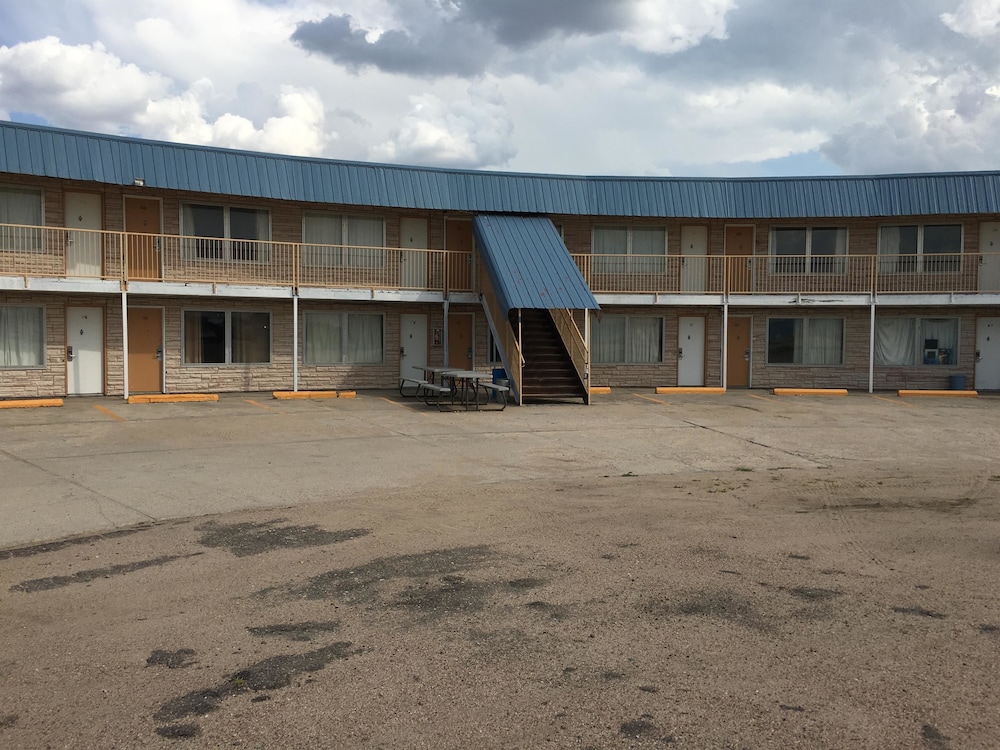 They decided to build a large, first rate, Best Western Hotel right along Highway 287, a true home away from home for those 287 voyagers.

The Country Manor was built at a cost of $300,00, which equates to a $1.6 million investment in current times, and offered every modern amenity available: electronically controlled heating and air conditioning in each room, a phone system “connected nationwide with a phone in every room”, wall to wall carpeting, two full sized beds, color TV, a dressing center and a full bath. Each of the 40 rooms could accommodate 4 people, which was considered to be the standard family in America, at the time.

Most astonishing, the motel was built—as in entirely built—by family members. Bernice’s brother-in-law, Warren Portrey and his sons, Ronald and Jerry, were building contractors from Spokane, Washington. They moved to Eads in August of 1973 to build the 40 room motel with living quarters above the lobby. They also designed and built all the headboards, the frames for the beds and the dressing centers. Clyde and Bernice’s sons, John and Gary, and their wives did the interior decorating. (Did I mention there were forty rooms?)

In 1975, the Crows sold their grocery store to their son, Gary, and moved into the motel full time where they were on the job 24 hours a day, 7 days a week for the next ten years. They eventually hired a night manager, which allowed them to move back to their home. That was followed by hiring a day time desk clerk, which provided more time. 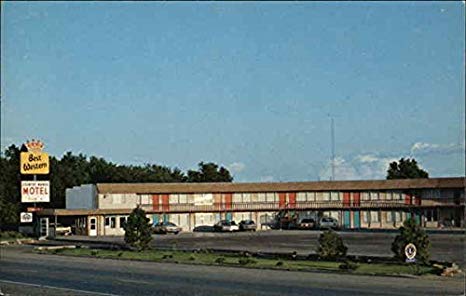 Ultimately, the motel provided between six and eight full time positions, all filled by local residents. As far as highlights during those years, Bev Lyon, who worked for the Crows, recalls one memorable guest: a movie director from Hollywood who stayed at the Country Manor while filming “One on One” with Robbie Benson “and also one of our hometown girls”! (“One on One” ranked four stars by Roger Ebert. Not bad.)

What is known is that this motel was an extraordinary investment made by two extraordinary citizens of Eads who had a remarkable vision of what it could—and did—become. Here’s hoping the new owners recognize that what is now called the Travelor’s Lodge is actually a diamond in the rough just waiting to be brushed off, cleaned up, spruced up and put back into action for the next generation of travelers with a desire to See the U.S.A. from…whatever car suits their purpose.

Photo 1: Opening day at the Best Western Country Manor Motel in Eads. The first customers to sign the register are Milton and Polly Louthan of Eads. © Kiowa County Historical Society